Along with dark Finnish rye bread, the food that usually inspires pangs of homesickness in Finns living abroad is Fazer chocolate in its blue wrapper.

However, the venerable Fazer, founded in 1891, is far from the only Finnish player in the chocolate game. We visit a few small-scale producers who have been around for much less than 130 years.

To find delicious artisanal incarnations of Finnish chocolate, we take the ferry to the picturesque Åland Islands off the southwestern coast. We also hop on the train to magnificently scenic Finnish Lapland in the far north. 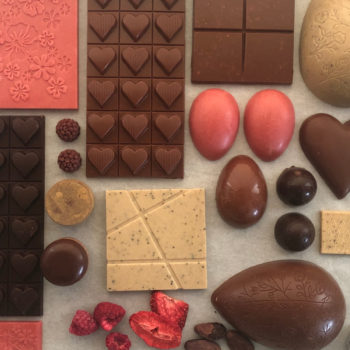 Like all sweet things, it started with love. Finland’s Åland archipelago owes much of its chocolate heritage to Mercedes Winquist, a Venezuelan who moved to Åland to be with her husband. When he gave her a book about cocoa, she discovered her calling.

“I grew up with great chocolate,” she says. “But at first, I didn’t know much about it, except that my home country produced internationally renowned chocolate.” She created a thriving business, Mercedes Chocolaterie, which she later sold after many successful years. Winquist still follows her passion for making chocolate, now under the name Mercedes Studio (website in Swedish).

“When I realised people were enjoying my chocolate, there was no way back for me,” she says. She is affectionately known as Åland’s queen of chocolate. 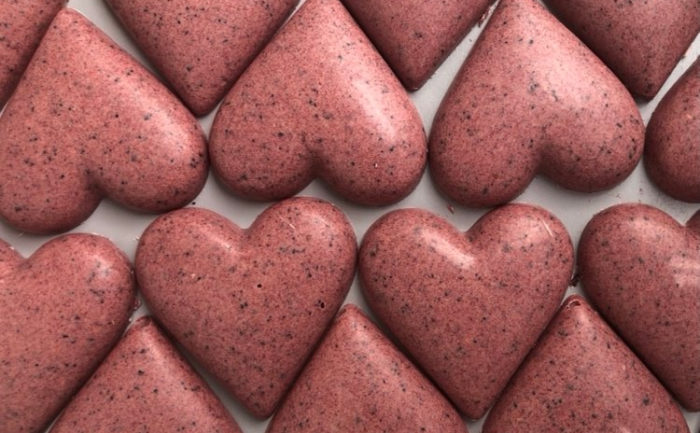 At Mercedes Studio, Winquist focuses on vegan and gluten-free products.

“I needed a challenge, wanted something different,” she says. “My production is on a smaller scale now. I have my Mercedes Studio at home and produce everything there.”

She includes as many organic ingredients as possible. Many of the berries used in her chocolate come from her own garden. “The most important thing is that it should taste good,” she says. 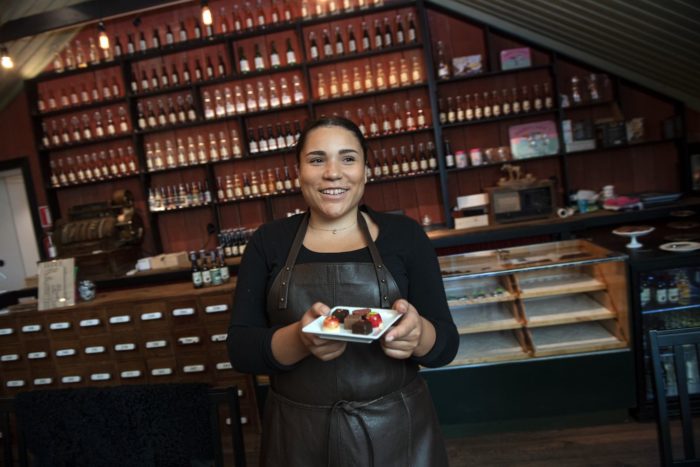 Channa Öhman, an Ålander educated as a pastry chef at Le Cordon Bleu in London, returned home after her studies and heard that that Mercedes Chocolaterie was looking for someone to manage the factory (website in Swedish). “I jumped at the opportunity to start working as a chocolatier,” she says. “I always wanted to have my own chocolate factory.”

From start to finish, Öhman does everything by hand: mixing the cocoa mass, filling the moulds and decorating the final product. Handmade chocolate “takes a lot of passion, but it’s also lots of fun,” she says. 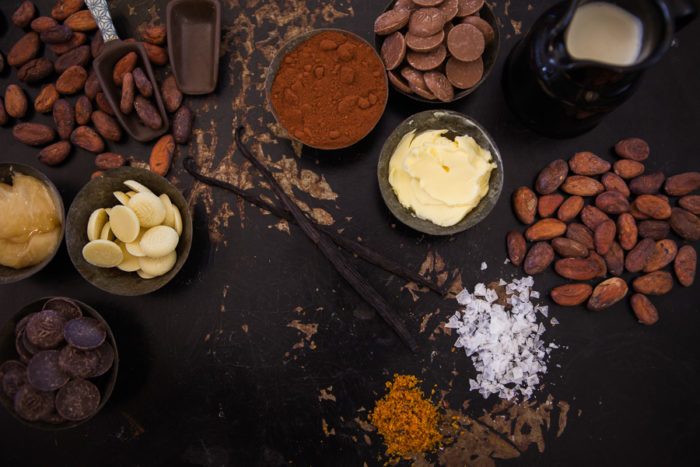 She considers herself lucky to continue the Mercedes Chocolaterie story while also introducing her own recipes, which often feature seasonal, locally sourced ingredients such as honey, butter, cream and sea buckthorn (a delicate-tasting orange berry that grows on coastal shrubs). “My absolute favourite combination is sea salt and any kind of chocolate,” says Öhman. “I just love the salty-and-sweet combo.”

Öhman also offers less conventional fare, such as a praline flavoured with raspberry and yuzu (a citrus fruit) – an edgy taste that leaves you wanting more. Another recipe involves rye crispbread covered in chocolate and seeds.

Mercedes Chocolaterie’s little café and factory are located in the countryside about a 20-minute drive from Åland’s capital, Mariehamn. 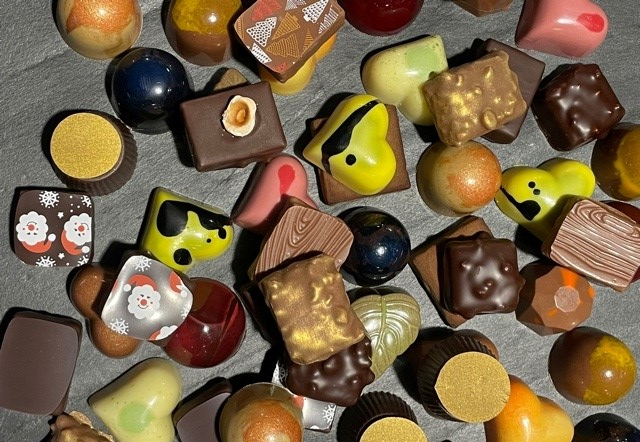 Jouko Rajanen honed his chocolate-making skills for years before opening Choco Deli in the arctic city of Rovaniemi in northern Finland.Photo: Choco Deli

Like many creative people, Jouko Rajanen found time to pursue his own dreams during spare hours when he wasn’t at his day job.

“I built a small chocolate factory in my garage, where I used to make small amounts late at night,” says Rajanen. “Back then, I was working as head chef at the Santa Claus Hotel in Rovaniemi, so I had time to practice after work.”

After developing his chocolatier skills for five years, Rajanen opened Choco Deli, one of the northernmost chocolate factories in the world (website in Finnish). Located on a pedestrian street in Rovaniemi, a city just below the Arctic Circle in Finnish Lapland, Choco Deli serves locals and tourists.

Choco Deli’s creations are visually stunning as well as tasty. Rajanen loves colours and has studied with prestigious chocolate makers such as Valrhona and Michel Cluizel.

“If you know how to combine colours and flavours and you have the technique, then the sky is the limit,” says Rajanen. “I think everybody can cook, but not everybody can make chocolate. Every step has to be correct before achieving a perfect result.”

From bean to bar in southern Finland

Control over the whole process, from sourcing and processing to flavouring and decoration, enables them to offer a more ethical, sustainable product.

The shop’s selection of truffles, chocolate bars and other products varies depending on the season.Photo: Pieni Suklaatehdas

“We use Direct Trade organic cocoa beans,” says chocolatier Peter Westerlund, owner of the Little Chocolate Factory. “I know the farmers and buy directly from them.”

Founded in 2005, the factory has a clientele that values high quality and seasonal products.

“Personally, I like dark chocolate,” says Westerlund, “because that’s where you can best taste the cocoa bean’s characteristics.”

Food innovators combine Finland’s culinary tradition with an international, urban style. The focus is on local food and ecological values.