“I always thought it would be silly to work as a chef and not think of the bigger picture at all,” says Ossi Paloneva of Loop Restaurant in Helsinki.

“I always thought it would be silly to work as a chef and not think of the bigger picture at all,” he says.

Estimates vary about how much food is wasted in Finland annually, but the Wastestimator project, carried out by National Resources Institute Finland from January 2016 to February 2017, puts the amount between 335 million and 460 million kilos. On average, restaurants account for as much as 70,000 kilos each year. Apart from any issues of morality or environmental sustainability, these levels of waste make no sense from a business point of view.

In Finland, the challenge of food waste persists in spite of relatively advanced awareness of the need to recycle and an infrastructure that supports recycling. Efforts on the Helsinki restaurant scene could set trends for the industry to erode the mountains of food waste.

What to do with half a van of cornflakes? 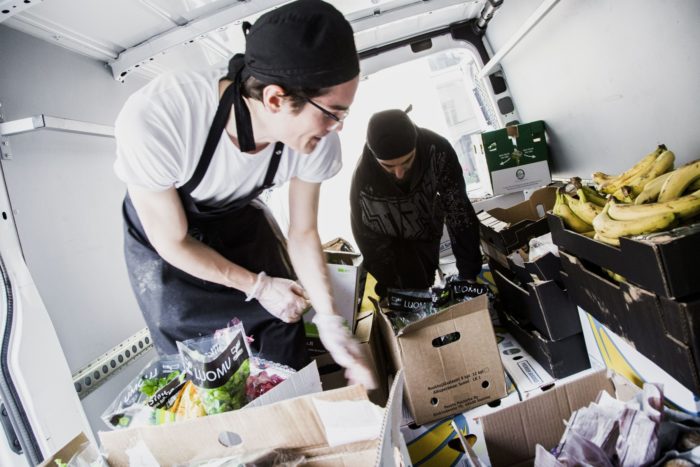 Staff members at Loop Restaurant unload a van of ingredients that would have otherwise gone to waste.Photo: Niclas Mäkelä/Otavamedia/Lehtikuva

Loop is tucked away in a former hospital in Lapinlahti, a relatively undiscovered leafy backwater just a five-minute stroll from the metro station in the Ruoholahti neighbourhood. On a Monday at lunchtime, the restaurant is bustling, and satisfied diners are tucking in to a varied veggie buffet.

In spite of its slightly off-loop location, the restaurant has established a reputation with locals and more adventurous tourists. Even so, catering for events and functions is Loop’s mainstay.

“This is a crazy project, and a totally different kind of cooking,” says Paloneva, adding that profit is not the main motivation for this unusual enterprise, founded by an association called From Waste to Taste. “There are quite different rules at play with waste food. But perhaps the most surprising thing is that there is so much goodwill. It’s a hot topic and companies want to be associated with us.”

For renovations, Loop makes use of surplus construction materials donated by multiple companies. However, the most crucial contribution comes from the dozen or so stores across the Helsinki area that provide the food.

“We have drivers working daily to fill our van with waste food, mainly vegetables and fruit,” says Paloneva. “We adapt our menus to what is provided. For example, we received half a van full of cornflakes, and at first we thought, no, we can’t use this. But then we ground them into flour.” 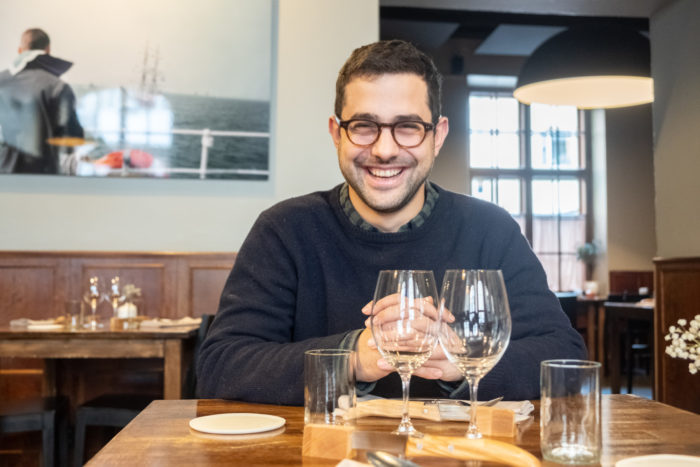 “We don’t use any single-use plastic or anything that is not reusable,” says Luka Balac, one of three chefs who started Ravintola Nolla (Restaurant Zero).Photo: Tim Bird

Another Helsinki restaurant, Ravintola Nolla (Restaurant Zero), starts from a notion opposite to that of Loop, advocating a quietly effective campaign against waste of any kind in its own operations rather than mitigating the waste of others. At the time of writing, Nolla is completing a move across town to premises in the trendy Punavuori neighbourhood, where it is set to reopen in early 2019.

Three chefs who converged on the Finnish capital’s restaurant scene from abroad form the brains behind Nolla: Carlos Henriques from Portugal; Albert Franch Sunyer from Barcelona; and Luka Balac from Serbia.

“All three of us come from strong roots of producing our own food,” says Balac, “and we all felt very strongly that something was basically wrong with how things have been done with respect to waste of both food and food packaging – especially plastic, which is a huge problem. We arrived at the concept of zero waste. We don’t use any single-use plastic or anything that is not reusable.”

This approach changes how everything is done, from menu planning to storage, but the idea is to make the concept part of the “package,” rather than using it as a sales gimmick or novelty. 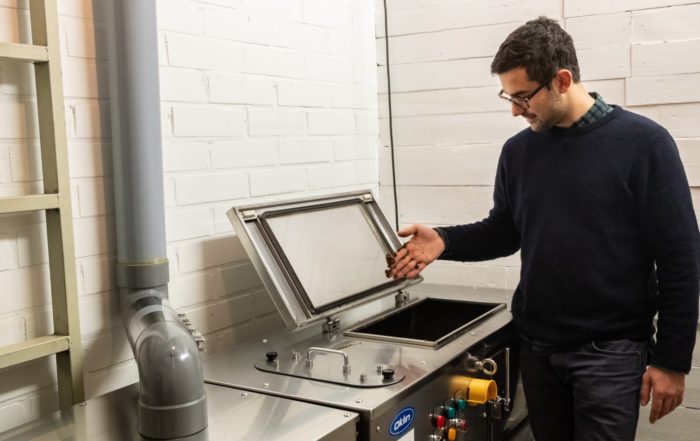 Walk-in diners will not necessarily know that the water glasses are fashioned from bottles discarded by the Presidential Palace – a small but fine example of the circular-economy approach. They might also be unaware that an on-site superfast composter gobbles up every morsel of food that customers don’t consume. The compost is returned to the small-scale local producers who provide the seasonal ingredients on the menu.

The uncompromising idea is to make zero waste normal and not the exception, ultimately even dissolving the draw of various apps that alert consumers to special offers on food that has passed its best-by date. Restaurants and stores need to change their management systems, says Balac, to make sure that overstocking doesn’t happen in the first place.

“Nobody else is doing anything like this anywhere in the Nordic area,” he says. “It’s unknown territory. In a couple of years, when we have shown that this is a viable business model, I think it’s going to be much more common.”

Eliminating waste in a circular economy