A quark pie with berries or rhubarb goes great with coffee or tea, and is a standard all over the country in homes and at cafés, such as this one near the southern central Finnish city of Tampere.

A bit of non-culinary trivia: Despite its southern location within Finland, Helsinki is situated at approximately the same latitude as Anchorage, Alaska or the Shetland Islands.

The Finnish capital sits right on the south coast, part of the country’s most populous region.

For the southern Finnish edition of our recipe series, chef Timo Lepistö has chosen to showcase Finnish standards such as hernekeitto (pea soup) and vispipuuro (whipped lingonberry porridge). These dishes are popular all over Finland.

[This is part of a series of recipe articles that show off dishes from the north, south, east and west of Finland (although many of them are now common all over the country), not to mention an extra piece about cake, bread and buns. We’ll add links to the other articles as they are published.] 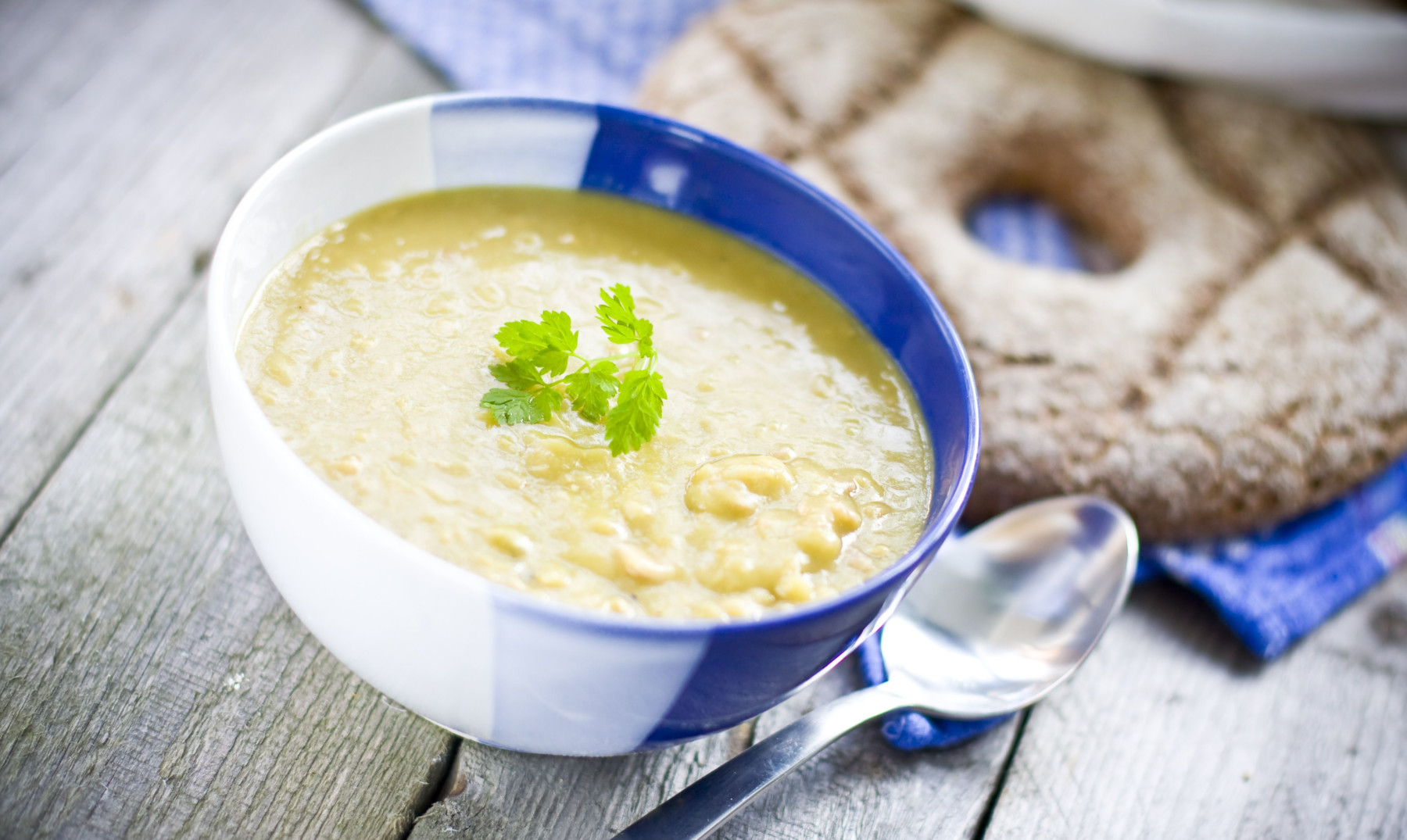 A tasty soup made from dried split peas is an iconic part of Finnish cuisine. One of the ingredients is typically meat on the bone (usually salted pork), but restaurants may offer a vegan version. In Finland, pea soup is traditionally eaten on Thursdays, with a thick, oven-baked pancake for dessert. (The custom can be traced back centuries, to a time when people ate a heavy meal on Thursdays to prepare for the church-mandated fast on Fridays.)

Rinse the peas and soak them overnight in water. Drain them and put them in a large pot with new water. (If you do prefer to add meat, now is the time.) Bring to a boil and skim carefully after ten minutes. Simmer for about an hour. Meanwhile, peel and cut the vegetables into bite-size pieces. Add the vegetables and spices to the pot and continue simmering for about 30 minutes. When serving the soup, provide mustard and diced red onion, which each guest can add according to individual taste. 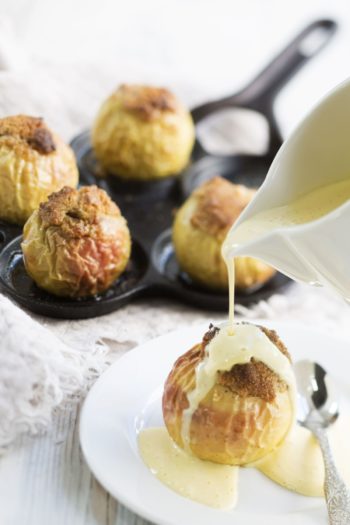 Baked apples filled with a cinnamon-sugar mixture are an autumn delicacy.Photo: Jarmo Wright/Otavamedia/Lehtikuva

This simple delicacy fills your home with a wonderful scent in the autumn.

Preheat oven to 200 degrees Celsius. Wash the apples and use an apple corer to remove the stems and seeds. Place the apples in a baking dish. For the filling, combine the sugar, butter and cinnamon in a small bowl and mix well. Add oats and almonds. Spoon the mixture evenly into each of the apples. Bake 25–40 minutes, until the apples become tender. Serve warm with a good-quality vanilla ice cream and sauce from the baking dish. 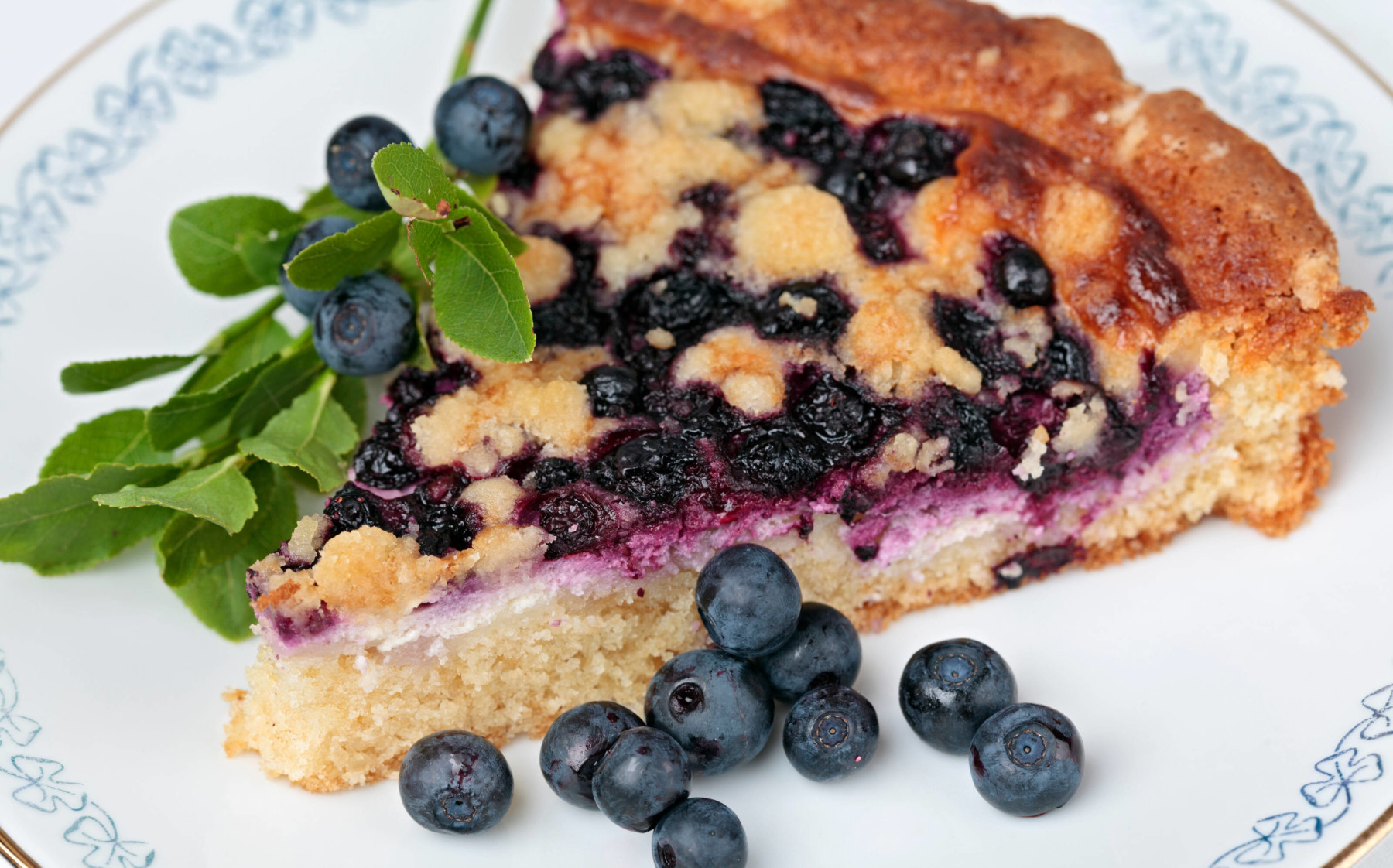 You can bake this pie with rhubarb or various kinds of berries, fresh or frozen.Photo: Pirkko Kanervisto/Vastavalo/Visit Finland

This type of pie is a staple at Finnish tables, especially when rhubarb or berries are in season. It goes well with coffee when you have guests. The crust is not precooked – you bake it together with the filling, a simple sour-cream custard. You can make this traditional pie with rhubarb, like in this recipe, but you can also substitute bilberries, blueberries or other berries. If you’re using fresh berries, there’s no need for cornstarch.

For the crust, combine the butter, sugar and salt in a stand mixer bowl. Beat until fluffy, then decrease the speed and add the eggs, one by one. In a separate bowl, mix the flour and baking powder, then gradually add them to the butter mixture until thoroughly blended. Press the finished dough into a greased pie pan, covering the sides all the way to the rim.

Wash the rhubarb stalks and slice into thin pieces (3–5 millimetres), then mix them with the cornstarch. Stir the quark or sour cream, the eggs and the sugar until smooth and pour the mixture into the unbaked crust. Sprinkle the rhubarb over the custard and bake for 30–40 minutes. Let the pie cool for ten minutes before removing it from the pan. 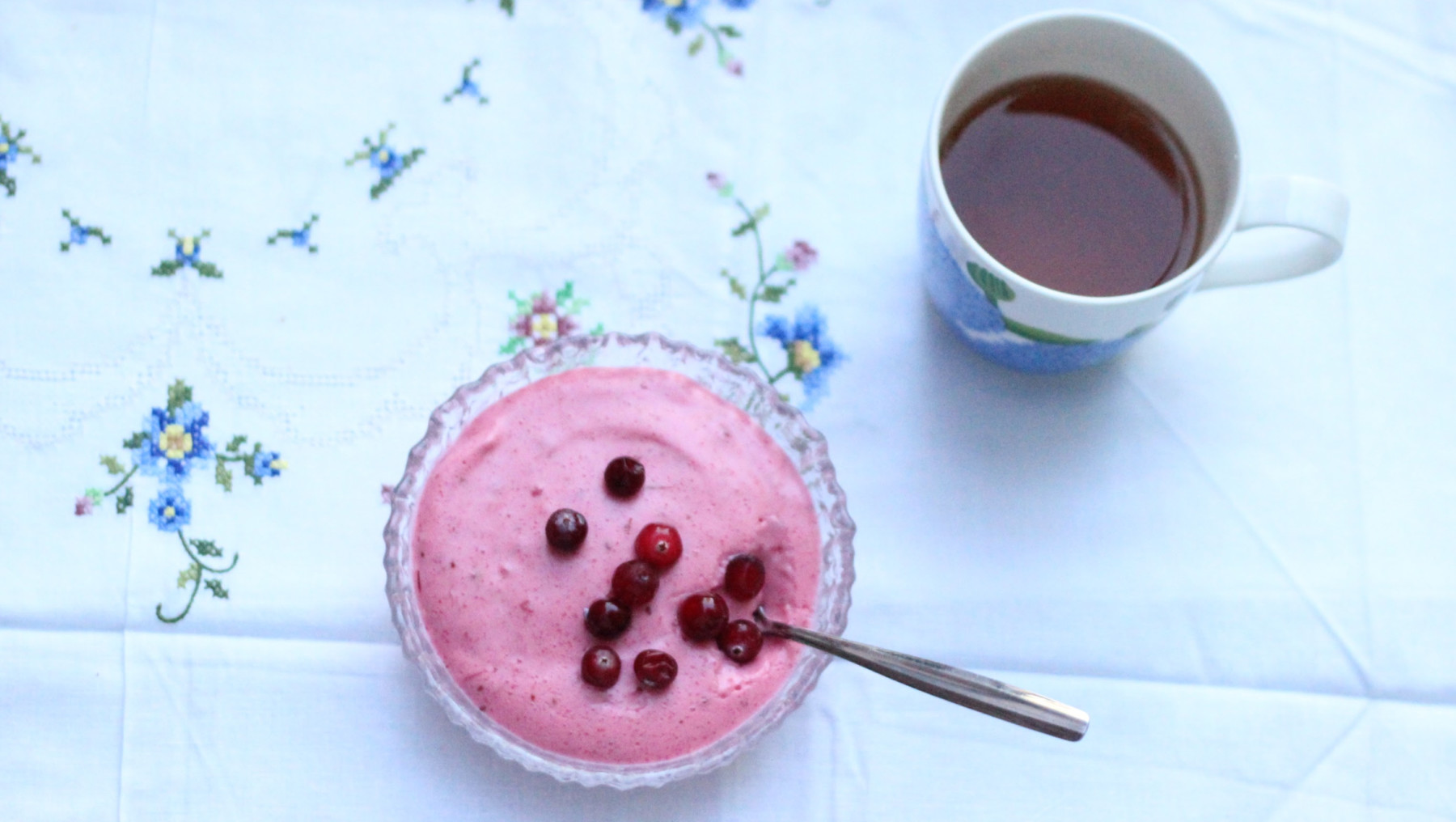 Usually made with lingonberries, whipped semolina porridge is a tasty dessert.Photo: Kirsi Ilmaranta

A favourite of many children, this dish is usually served as a dessert. You can make it with fresh or frozen red berries or with a strong cordial. It’s traditional to use lingonberries (a wild relative of the cranberry) or red currants. You serve it with milk and sprinkle of sugar, or with vanilla custard. The dish can be garnished with a few fresh berries, some caramel sauce and edible flowers such as violets.

Combine the water, berries, sugar and salt in a pot and bring to a boil. After a few minutes, vigorously mix the semolina in using a whisk, then reduce heat and simmer for 5–7 minutes, whisking continuously until it thickens. Transfer the porridge into a stand mixer bowl and sprinkle caster sugar on top to prevent a skin from forming. Let chill in fridge. Before serving, whisk with the stand mixer until fluffy.

Along with “sisu” (the Finnish combination of guts and perseverance), “sauna” is one of the words most closely connected with the essence of Finnishness. The author of a sauna cookbook – yes, of course there’s a sauna cookbook – shares her tips.

Food innovators combine Finland’s culinary tradition with an international, urban style. The focus is on local food and ecological values.