Looking at this photo, you can almost smell these fresh-baked Finnish korvapuusti cinnamon buns from Café Succès in Helsinki.

We’re going to throw three big words at you, one of them in Finnish: ubiquitous, quintessential and korvapuusti. The latter is the Finns’ term for their own special cinnamon bun, flavoured with a dash of cardamom.

“Ubiquitous” and “quintessential” are labels that travel bloggers love to use when describing the korvapuusti (known as an örfil in Swedish, also an official language in Finland). The choice of adjectives indicates that the tasty pastry is, like coffee, ever-present and vital in Finland.

It’s so popular that pretty much every bag of flour in the supermarket has a korvapuusti recipe printed on it. Finnish households often make them from scratch as a sweet bite for the weekend. (We list one of our favourite recipe links at the end of this article.) For those unexpected guests, stores also sell frozen versions that can be popped in the oven, filling the house with the same divine fresh-baked scent.

According to professional bakers, the secret to the perfect korvapuusti is using enough sugar and butter. Sprinkling large crystals of nib sugar (also called pearl sugar) on top puts the finishing touches on the pastry.

In love with a pastry 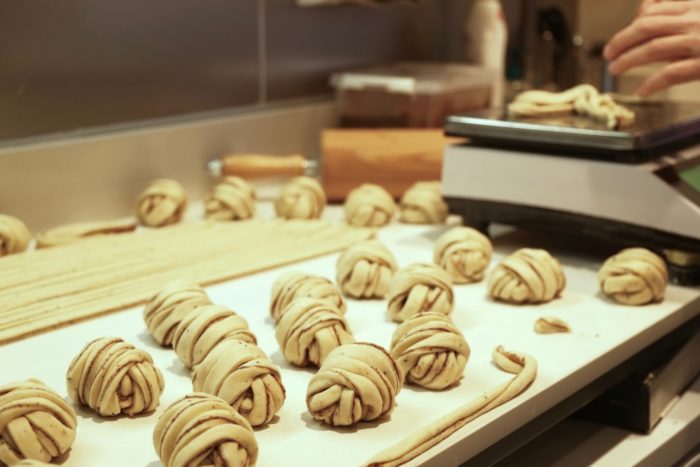 This batch of korvapuusti at Helsinki Homemade is rolled into a rather unconventional shape.Photo: Mari Storpellinen

Funnily enough, both “korvapuusti” and “örfil” literally mean a slap or cuff on the ear. Why does a beloved bun have such a seemingly negative name?

“The name comes from the usual form of the pastry, which resembles two diametrically placed ears,” says Arja Hopsu-Neuvonen, development manager at Martat, a Finnish home economics organisation founded in 1899.

There are other variations of korvapuusti, though, where the ear shape has been abandoned but the ingredients and the craftsmanship remain the same.

“Korvapuusti can be enjoyed also in the form of cake,” says Thomas Backman, owner of Café Succès in the central Helsinki neighbourhood of Ullanlinna. He says they also sell a korvapuusti rusk, which is a hardened, cookie-like snack. “We are looking into growing our selection of korvapuusti byproducts, since korvapuusti is our bestseller.” Their korvapuusti is a favourite among Helsinkians, and is renowned for being larger than the average.

Another popular spot for korvapuusti fans is Helsinki Homemade, an artisan bakery in the Töölö neighbourhood. [Editor’s note: Helsinki Homemade has closed its café, but its products continue to be available at Töölön kyläkauppa (Töölö Village Store).] The lucky locals tell of how luxurious it is to wake up to the smell of freshly baked korvapuusti.

“The special ingredient of the korvapuusti is love,” says Klaus Ittonen, pulling no punches to play on our heartstrings. He’s Helsinki Homemade’s cofounder and baker. He started off selling korvapuusti and Karelian pies to tourists off his bike before founding the bakery together with Kátia Corrêa.

“The korvapuusti needs to be made with love in order to get it right,” says Ittonen. “It sounds a bit silly but that’s the way it is.” 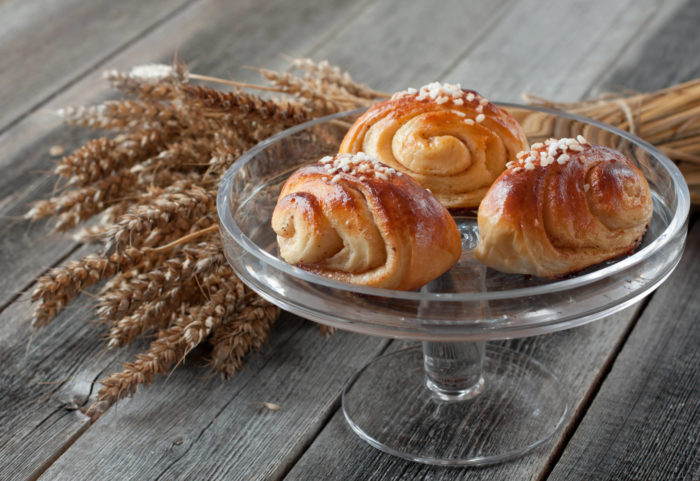 The origins of the korvapuusti can be traced to at least the 1800s.Photo: Taru Rantala/Vastavalo/Visit Finland

Versions of the korvapuusti have been delighting Finnish taste buds since the 18th century.

“Wheat pastries arrived in Finland from Germany via Sweden in the 18th century, but were available only to the upper class at first,” says Hopsu-Neuvonen. “By the end of the 19th century, the korvapuusti had reached the kitchens of the common people, too.”

Still, the process was gradual: “It became really popular only after the Second World War, when the ingredients became more readily available.”

Once the korvapuusti had made its way into the mouths of all Finns, there was no stopping it from becoming a firm national favourite. Since the mid-2000s, the pastry has had its own official Korvapuusti Day (Cinnamon Bun Day), celebrated on October 4.

Making the world a better place 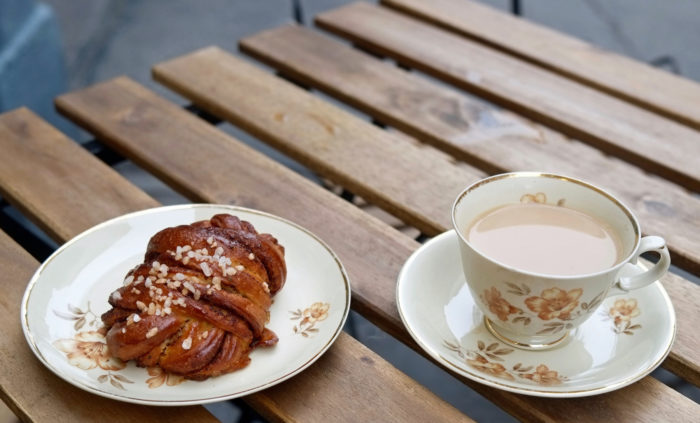 Ittonen is keen on spreading the word about this Finnish delicacy. Get ready for another Finnish vocabulary word.

“Pullakahvit is the most beautiful word in the world,” says Ittonen, using the Finnish term that means coffee enjoyed with a sweet bun (literally “bun coffee”). In many instances, that bun is a korvapuusti.

That’s right: the Finns love their coffee and korvapuusti so much that there is actually a special word for it.

Being truly passionate about what he does, Ittonen holds a rather philosophical view of pullakahvit:

“It’s the highlight of the day, an enjoyment that brings back memories from people’s childhoods. It is not a time for counting calories. Good coffee paired with a homemade korvapuusti makes the world a better place.”

[Check out the korvapuusti recipe and more mouthwatering photos on Finnish food blog My Blue and White Kitchen.]