Wild blueberries grow close to the ground over the fells of Finnish Lapland, and even their tiny leaves turn red and participate in “ruska,” the brilliant display of colourful autumn foliage.

The first frosts on the fells surrounding Saana, Finland’s second-highest mountain at 1,029 metres, might arrive as soon as the end of August or early September.

Changes in the colours of the shrub and tree foliage accelerate as the nights grow colder, especially in the more elevated fells around Kilpisjärvi in the northwest, where Saana is located.

In Finnish there’s a name for the phenomenon – ruska – when the fells and forests put on a vivid display of reds, oranges and yellows, as if in protest at the imminent winter. This brief and lovely, if not always predictable, season lasts little more than a fortnight across the region, and hikers flock to Lapland’s lodges and chalets, setting off on rigorous day walks or longer rugged treks.

The days are cool and often clear and calm – perfect trekking weather – and there’s the bonus of finding succulent cep mushrooms and the last blueberries and lingonberries. The Finnish tradition of every person’s right means you can pick and keep any edible treasures you find in the great outdoors.

And as if the technicolour show of the fading flora weren’t enough as a backdrop, there’s every chance of finishing off the day with a jaw-dropping sunset followed by an appearance of the Northern Lights.

See the fells of northern Finland in full colour 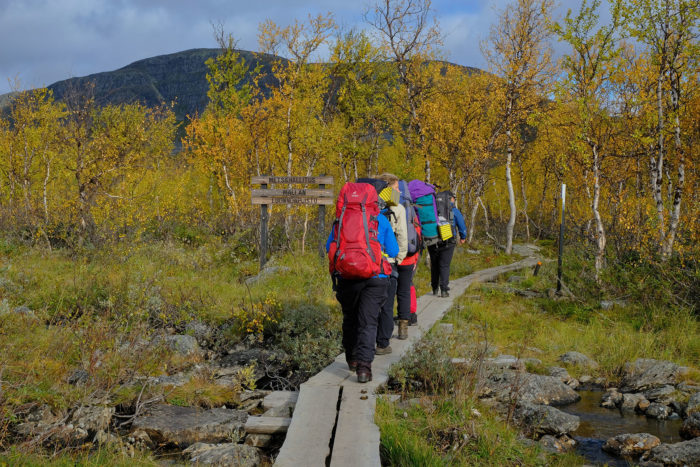 Hikers set off into the Malla Nature Reserve near Kilpisjärvi, close to the borders with both Sweden and Norway. In a few months, these same trails will be cross-country ski tracks. Photo: Tim Bird 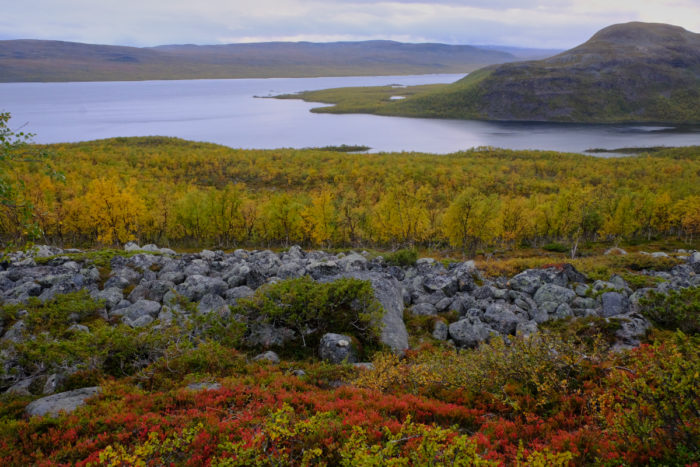 Bands of yellows and reds adorn the slopes of Saana, a sacred mountain for the Sámi, the indigenous people whose homeland stretches across northern Finland, Sweden and Norway and a corner of Russia. Saana looms above a lake called Kilpisjärvi. Photo: Tim Bird 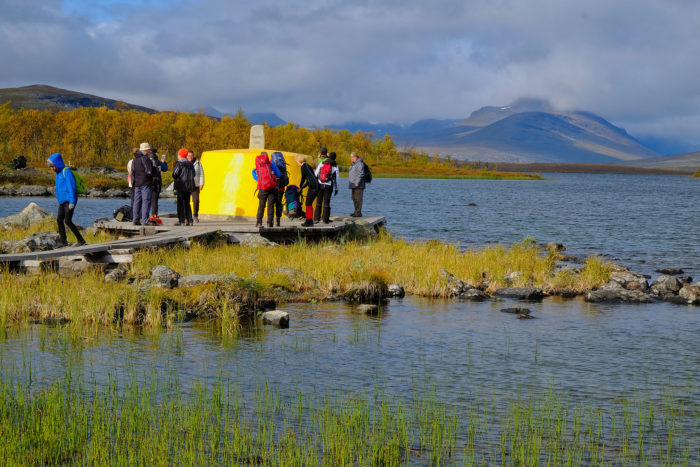 Trekkers take a boat across the lake from the village of Kilpisjärvi before hiking to the three-country cairn that marks the meeting place between Finland, Norway and Sweden, then walking back across the fells. Photo: Tim Bird 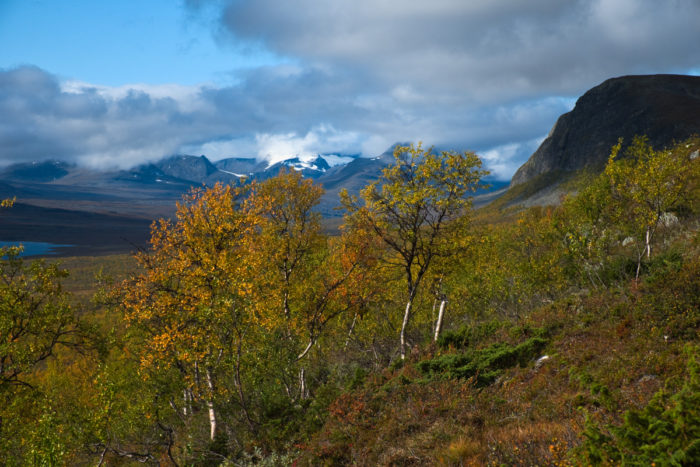 The mountains of Sweden and Norway line the horizon behind a curtain of golden stunted mountain birch. Photo: Tim Bird 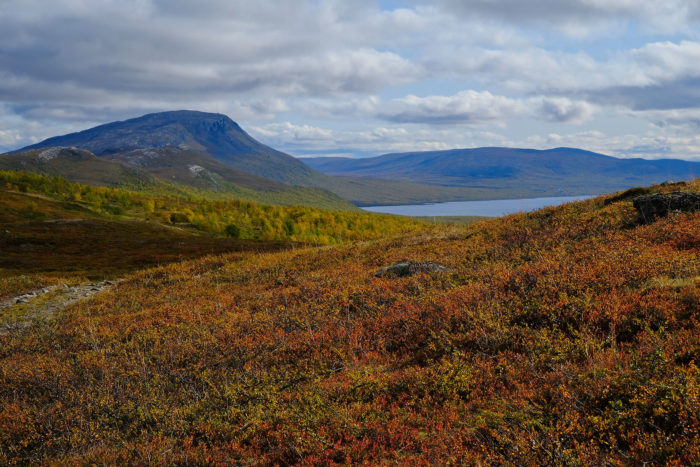 Saana’s familiar profile dominates the scenery around Kilpisjärvi; here the lake is viewed across a carpet of blueberry plants. Photo: Tim Bird 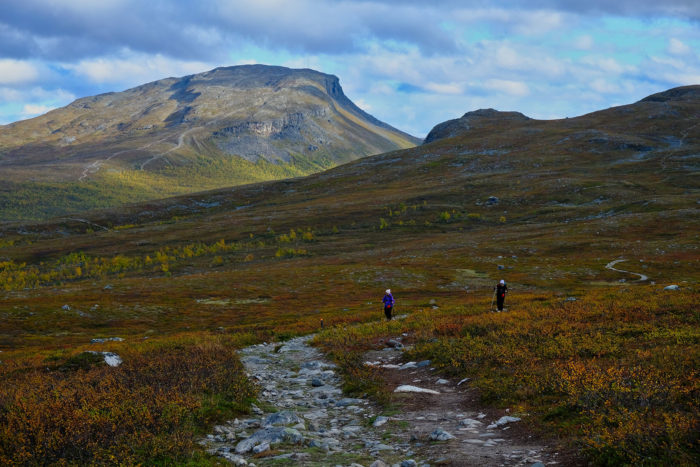 Trekkers in Lapland appreciate the well-marked, accessible fell trails, as well as the sense of solitude in the vast unspoilt wilderness. Photo: Tim Bird 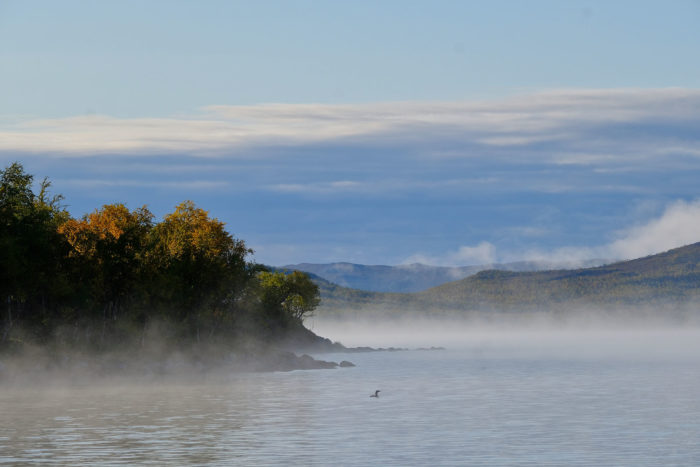 Cold nights and sunny mornings result in a shroud of mist and low cloud on the lakes, mires and rivers. Photo: Tim Bird 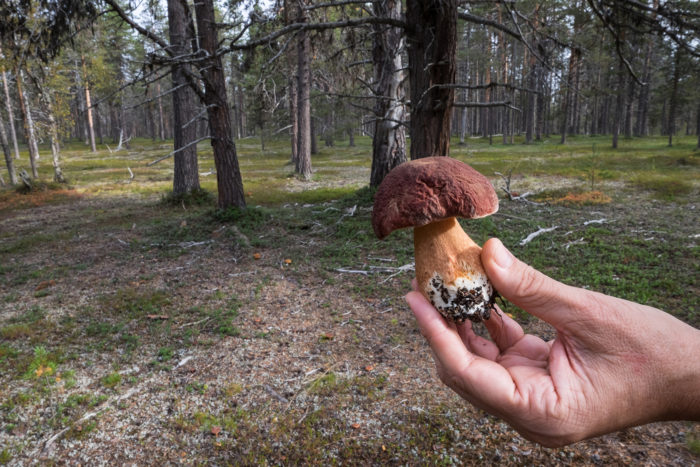 The ruska season is also the best season for picking mushrooms such as this delicious porcini – although it’s wise to take a pocket guide to identify and avoid the more poisonous varieties. Photo: Tim Bird 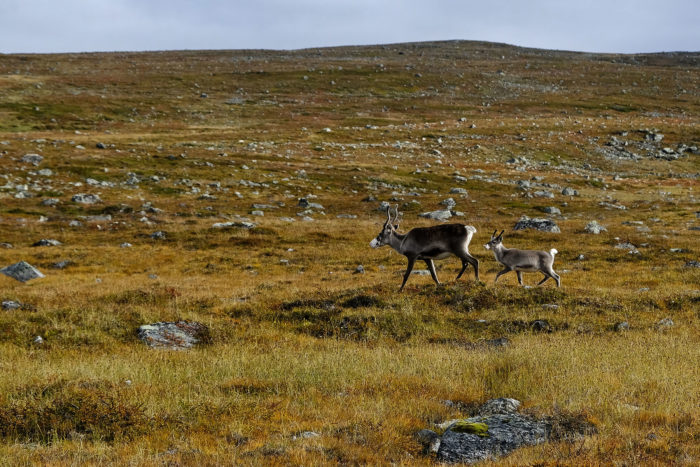 Hikers have a better chance of meeting a herd of reindeer than other people on the more remote fells. The animals roam freely everywhere in Lapland, but they are the property of herders, still practising the traditional livelihood of the Sámi. Photo: Tim Bird 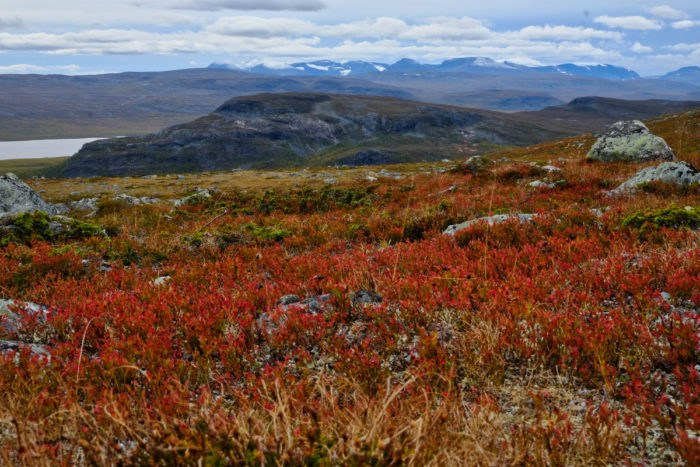 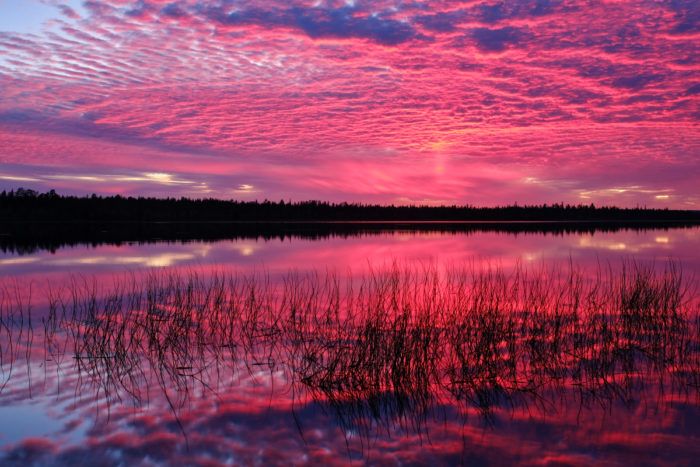 Lapland, way up above the Arctic Circle, is sunset central in autumn. This spectacular, fiery end-of-day display was photographed at Toras Sieppi near Muonio. Photo: Tim Bird 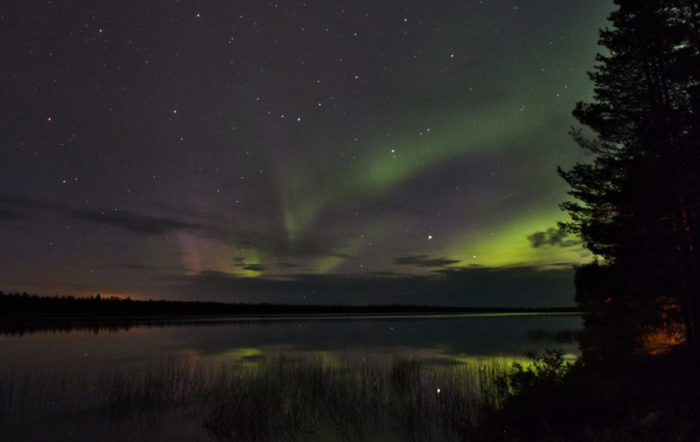 Aurora Borealis photography tourism has taken firm hold in Lapland’s high latitudes, where many well-informed local guides and experts take enthusiasts to the best vantage points. The Aurora – the Northern Lights – are often active in autumn, and sightings are frequent. Photo: Tim Bird

Winter paradise between day and night

A Canadian journalist discovers new hues of light and dark while on a ski trip in Lapland.

Shine with facts about Finland
Facts, stats and infoFacts

Shine with facts about Finland

Your friends cannot fail to be impressed with all the facts you’ll know about Finnish geography, history, people and economy.