Although it’s cute in this photo, the round goby is actually an invasive species in the Baltic Sea.

Over thousands of years, fish species in the Baltic Sea have developed ways of coping when surface ice forms in the winter, but climate change is disrupting the patterns.

The Baltic stretches north as the Gulf of Bothnia between Finland and Sweden, and it reaches east as the Gulf of Finland to Saint Petersburg, Russia. Estonia, Latvia, Lithuania, Poland, Germany and Denmark also have Baltic coasts.

The Baltic Sea is composed of brackish water, saltier than freshwater but less salty than the Atlantic Ocean on the other side of Denmark. This makes for a unique ecosystem that contains both marine and freshwater species.

What happens under the ice? 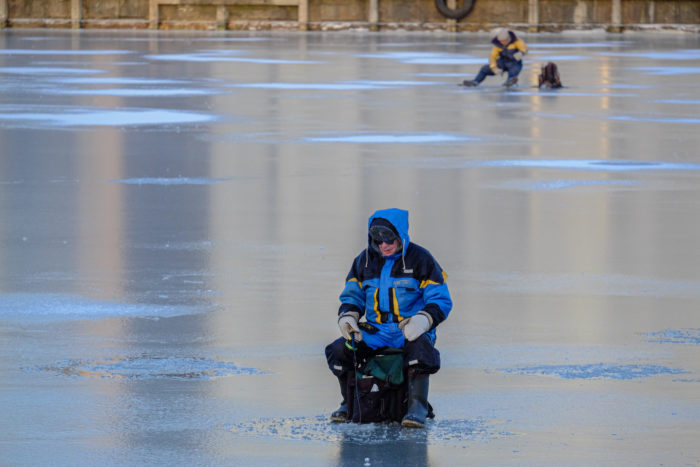 Depending on the weather conditions and the latitude, Baltic Sea ice cover can form as early as October, and can last until April. On average, it tends to span 44 percent of the Baltic Sea.

In order to cope with the ice cover and other winter conditions, Baltic Sea fish may seek out new locations, or their very metabolism may undergo changes.

Jari Raitaniemi, who is a senior scientist at the Natural Resources Institute of Finland, explains that during the winter “the coldest part of the water column is just below the ice,” whereas temperatures along the sea floor are higher, measuring around three to five degrees Celsius (37 to 41 Fahrenheit). 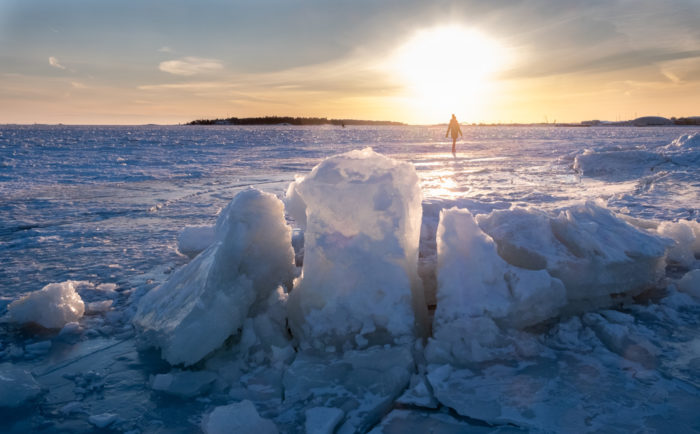 A pedestrian walks across the frozen surface of the Baltic in the waning afternoon sun.Photo: Tim Bird

“When the water is cooling in late autumn or early winter, several fish species move from shallow areas to deeper water, where they stay over the coldest and darkest period,” Raitaniemi says.

Species including perch, sprat and zander (pikeperch) move to the deeper, warmer water layers during the winter months. Some cold-water fish, such as the four-horned sculpin, prefer lower temperatures and may move closer to the ice cover.

Another adaptation technique is a lowered metabolism. Fishes’ metabolism drops in the winter. They move around less and are able to survive for longer periods of time without feeding. 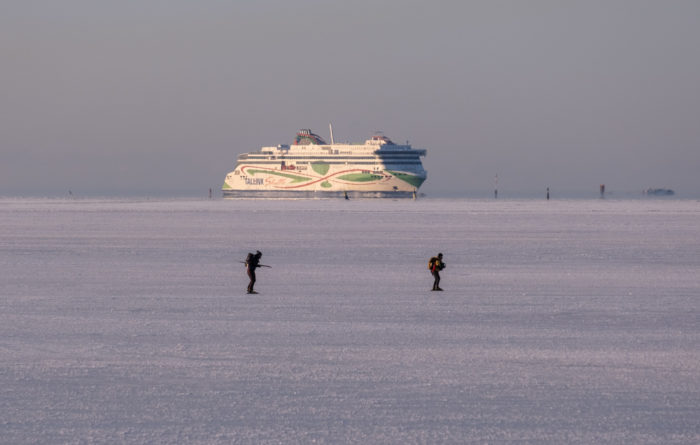 With a layer of snow covering the thick sea ice, people ski over the flat surface outside Helsinki. Icebreaker ships keep transport lanes open for ferries such as the one in the background.Photo: Tim Bird

Climate change has caused an increase in average water temperatures, and the surface-water temperature of the Baltic Sea has risen faster than the global oceanic average in recent decades. Certain species adapt well to this changing environment. Because of climate change, we can expect warm-water species to populate the Baltic in larger numbers than before.

“There is a shift of cold-water species being replaced by warm-water species going on in the Baltic coastal areas,” Raitaniemi says.

Changes in the Baltic will have an effect on commercial fisheries as well. “Cod, herring, salmon, whitefish – they would not be favoured,” says Jens Olsson, a researcher in marine ecology and coastal fish dynamics at the Swedish University of Agricultural Sciences. “They would decrease in abundance.”

We can expect marine species to become less common in the Baltic and to be less accessible to consumers in the future. Changing conditions can affect their feeding, reproduction and growth.

Invasive species bob up in the Baltic 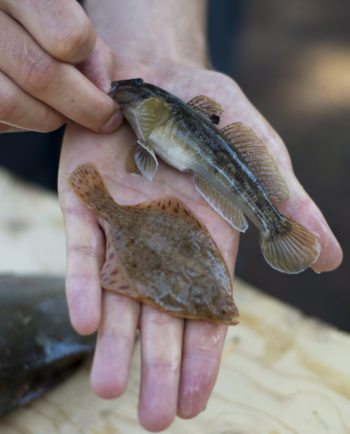 The round goby (top), a nonindigenous species, competes with fish native to the Baltic Sea, such as the flounder.Photo: Otto Turunen/Lehtikuva

Alien species (also called invasive or nonindigenous species) are those that people have transported from one location to another, either intentionally or accidentally. They often arrive when ships discharge ballast water. Around ten alien fish species currently live in the Finnish area of the Baltic Sea.

Between 2011 and 2016, a dozen marine species, including algae, crustaceans, snails and worms, were introduced to the Baltic, according to the Helsinki-based Baltic Marine Environment Protection Commission. Invasive species form one aspect of a rapidly changing ecosystem; they’re part of the picture of how climate change is impacting the lifecycles, migration patterns and survival of fish around the world.

Because of milder winters, an increasing number of alien species are able to thrive in the Baltic. This has created disruptions to the indigenous fish species that have populated the Baltic habitat for thousands of years.

The round goby is an example of an invasive species that has benefitted from the warming water. Originally native to the Black Sea and Caspian Sea areas, it has found Baltic conditions favourable and is able to survive through the winter. The round goby was first noticed in the Baltic in 1990 and later multiplied exponentially.

Projecting into the future 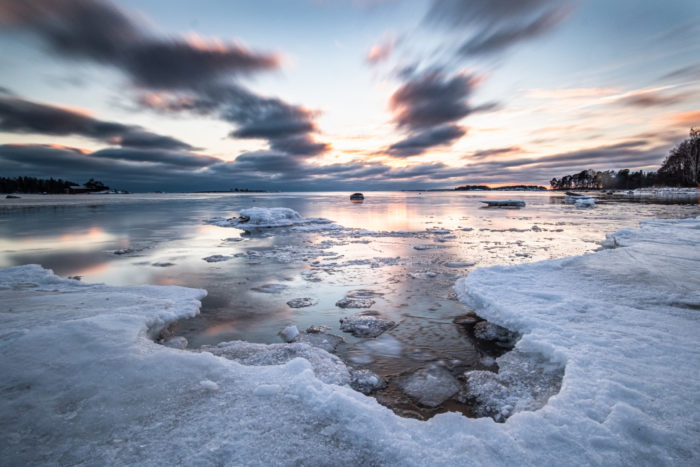 As the Baltic Sea ice breaks up in the spring, fragments float and gradually disappear.Photo: Tim Bird

The changes are also affecting wildlife other than fish. The seasonal ice cover is a central part of the Baltic ringed seal’s lifecycle. “These seals keep holes open in the ice through the winter to be able to breathe”, says Raitaniemi. Seals make dens in snowdrifts on the sea ice. “They need ice and snow to give birth.” (A related freshwater species, the gravely endangered Saimaa ringed seal, lives only in Lake Saimaa in southeastern Finland and is also dependent on ice and snow.)

The aquatic environment and food web are complex. In the long term however, we can expect for the warming of the Baltic to have severely disruptive effects on the animals that live in or rely upon the sea.

“In order to avoid seeing substantial changes in the future, we need to continue working on reducing eutrophication, and halt climate change even though it’s very difficult,” says Olsson. “And of course a really important thing is to impact politicians.”