A Saimaa ringed seal rests at the edge of ice cover on a lake surface in eastern Finland. Local volunteers help build nesting sites for the gravely endangered seal species.

Although 70 percent of Finland’s population lives in cities and towns, Finns feel connected to nature, and many feel personally responsible for its preservation.

For instance, more than 80 percent of Finnish people say the forest is important to them. Forests cover 70 percent of the country, which also contains 188,000 lakes.

Nature volunteerism is one manifestation of Finnish people’s connection with nature.

A tradition exists in Finland of communal work for a common goal, called talkoot in Finnish. When applied to environmental concerns, these activities often involve clean-up, maintenance or protection of nature. A group of neighbours might volunteer to collect trash in a local park. Or a public authority might call for volunteer birdwatchers to count golden eagle nests in Lapland (the bird is classified as “vulnerable” within Finland, although it is not endangered globally). 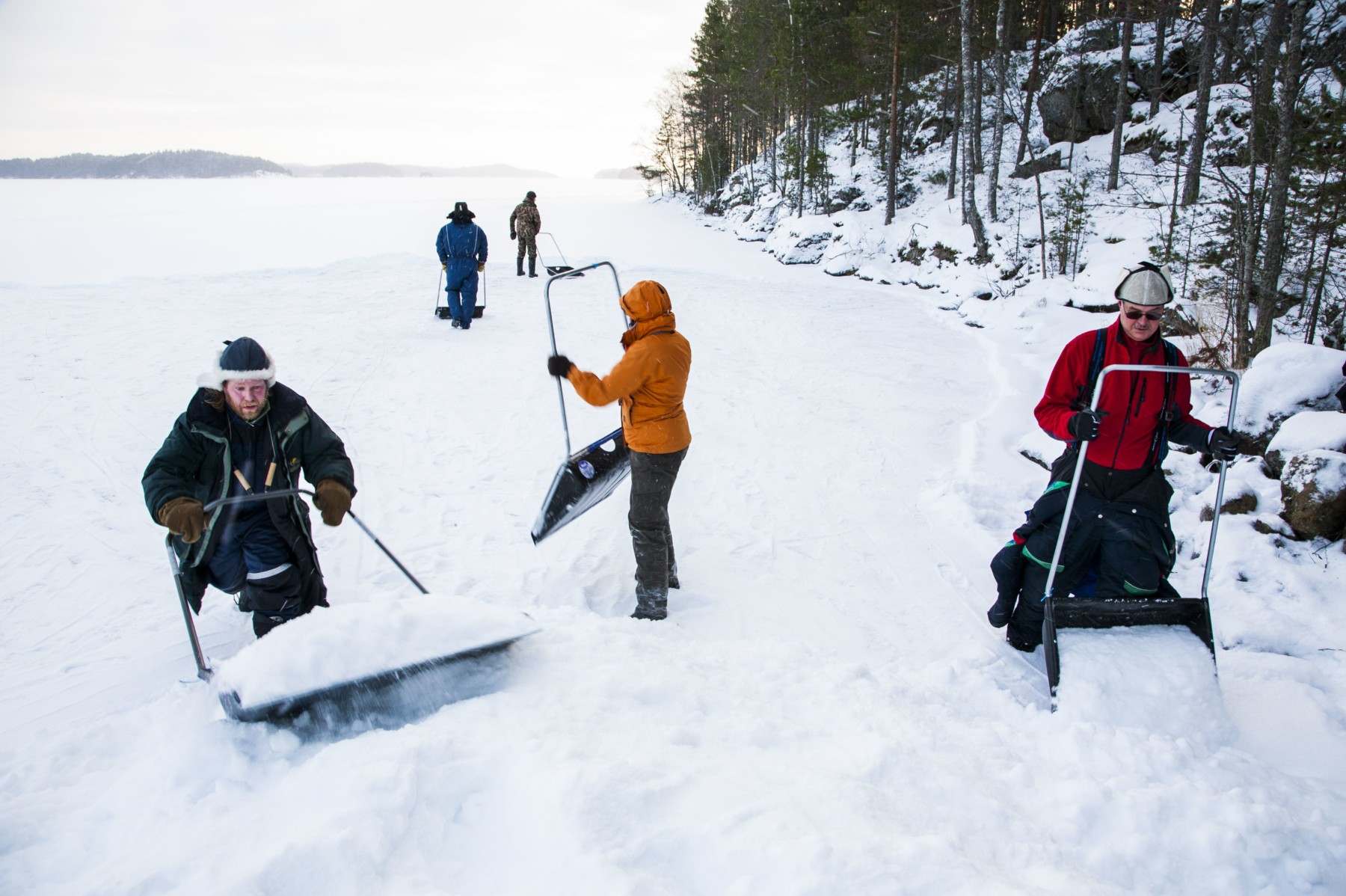 Volunteers help make piles of snow where seals can build their lairs when natural snowdrifts are lacking.Photo: Markus Sirkka/Lehtikuva

Lake Saimaa, an extensive system of interconnected lakes, inlets and islands in eastern Finland, is the largest body of water in the country, with a water surface area of nearly 4,400 square kilometres (1,700 square miles).

It is also home to Finland’s most famous animal, the gravely endangered Saimaa ringed seal, which numbers about 410 individuals. The survival of the seals relies heavily on the involvement of volunteers.

“The Saimaa ringed seal is weird,” says Miina Auttila, a conservation biologist who studies the seals. “It is a relic of the Ice Age and is landlocked in Lake Saimaa, cut off from other ringed seal populations in the Arctic.” Auttila works for Metsähallitus, the organisation which manages Finland’s state-owned land and water.

These seals have become the unofficial face of the Finnish nature conservation movement. “My main project is called Our Saimaa Seal LIFE, which includes both research and protection of the seals,” Auttila says. “Volunteers are critical to this work. In a similar previous project we had 300 volunteers.” 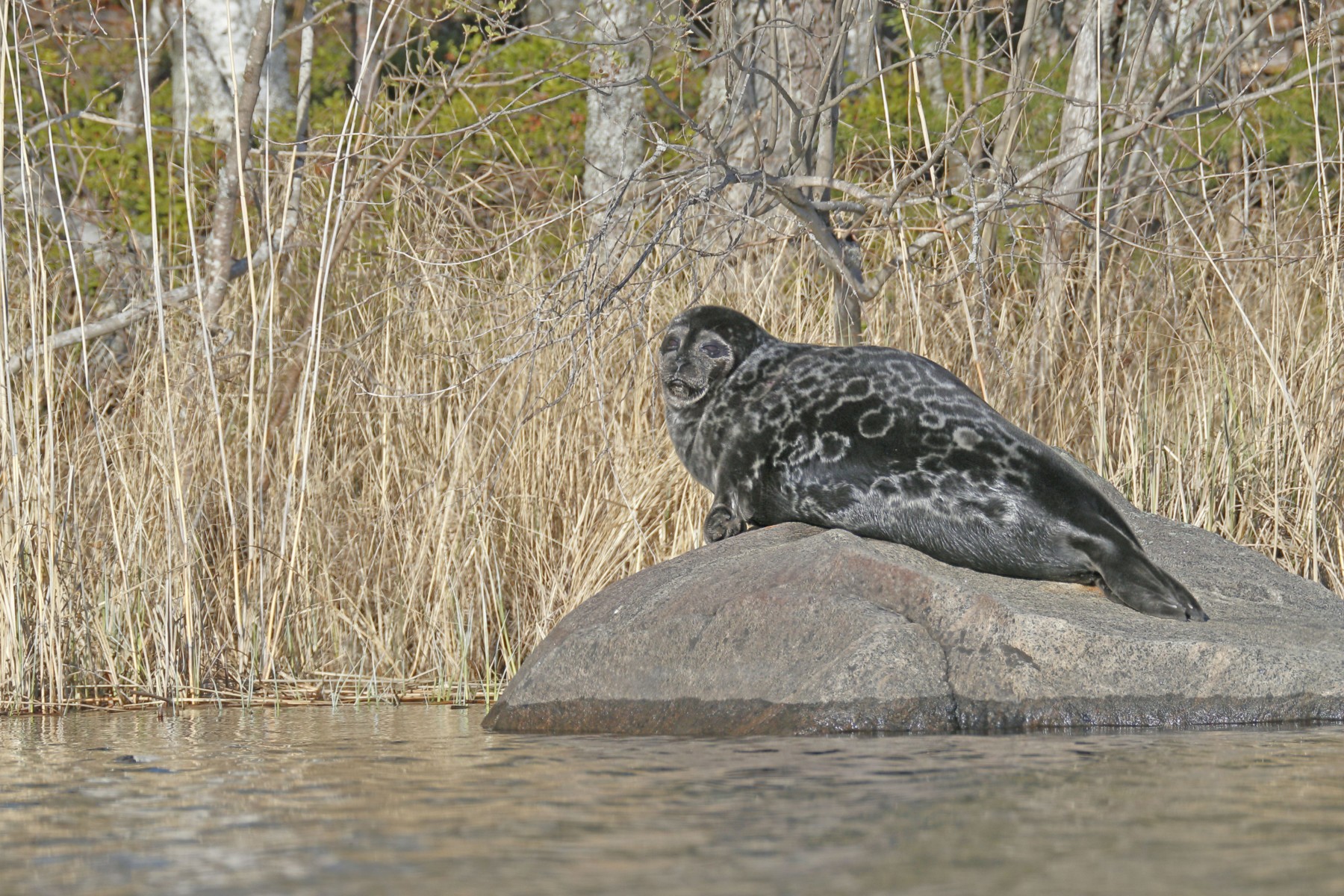 When local people volunteer their time and energy to help nature, they become more invested. They start to regard the endangered Saimaa ringed seal as “our seal.”Photo: Ismo Pekkarinen/Lehtikuva

One of the oldest tasks volunteers have undertaken is the annual seal lair count. For more than 20 winters, they have gone out on the frozen surface of the lake to count dens in order to estimate the population. More recently, volunteers have also been constructing snowbanks so the seals have a place to build lairs and nurse their pups.

During the warmer average winter temperatures experienced in recent years, ice takes longer to form on the lake and is thinner, and snowdrifts are often shallower or even nonexistent.

While the work itself is important, the people doing the work are also significant. Metsähallitus wants volunteers from the local area around the lake where the seals live. They know the local conditions and are best suited for the tasks, but there is also an added benefit.

“It helps improve local attitudes,” Auttila says. “[After] they volunteer, they know more about seals and understand conservation. They know that this is ‘our seal’ and they take care of it.” 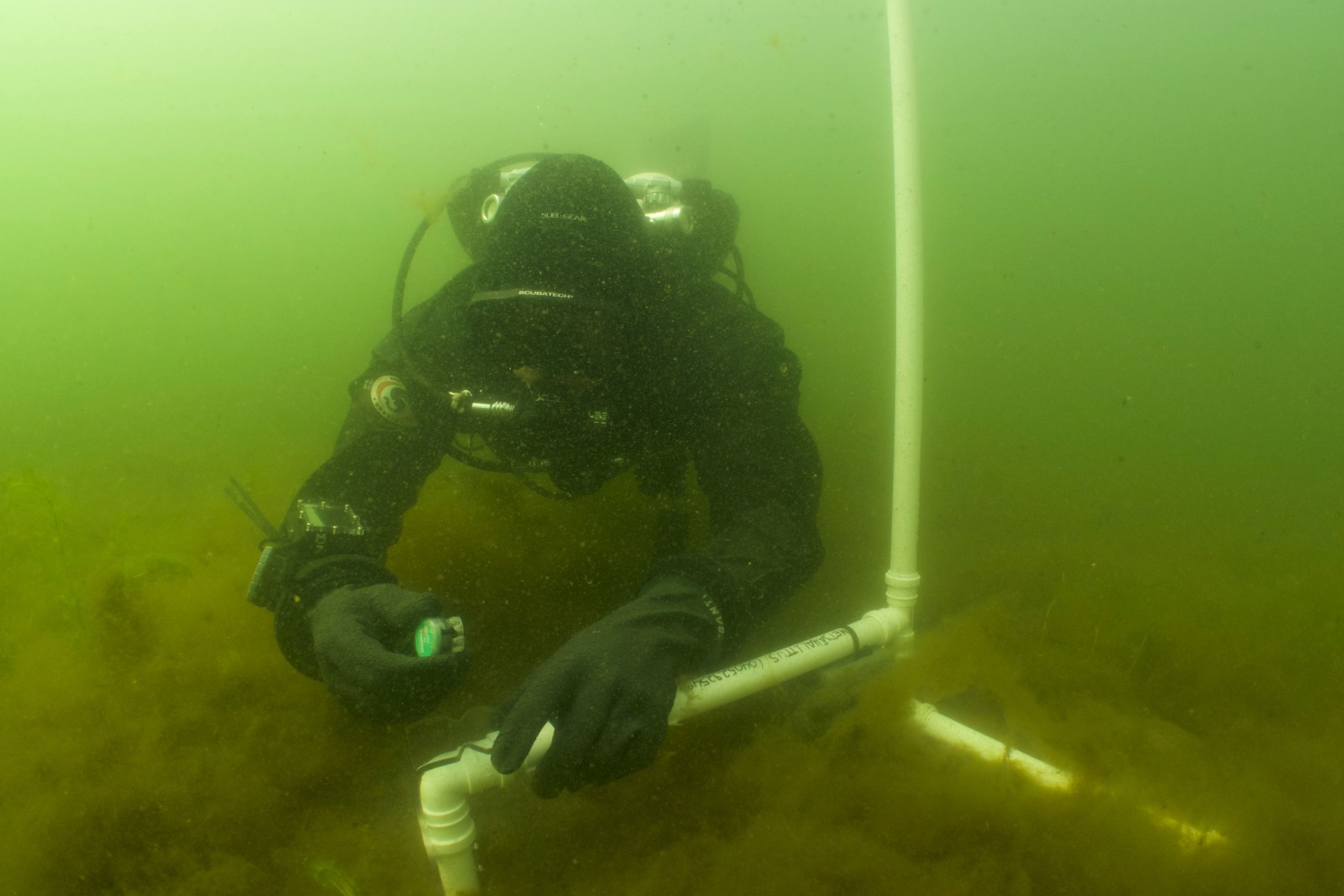 Any volunteer help is valuable, but some people contribute specialised skills. Mauro Sacchi is one of several divers who volunteer their expertise for nature conservation. The idea began with the diving group Badewanne, which documents war shipwrecks in the Baltic Sea. Finnish environmental authorities are interested in their work because a rusting wreck could release oil.

“We began working and training with Badewanne and the Finnish Environmental Institute to develop sensors to place on the wrecks,” Sacchi explains. “If there is a leak, the authorities can remove the oil so it doesn’t contaminate the marine environment.”

The divers designed rigs to hold the sensors and were delighted with the results. Metsähallitus heard about the project and asked if they could build and deploy similar sensors for an eelgrass experiment. Eelgrass is an important marine species, and scientists wanted to research if it could be transplanted. They needed precise data about marine conditions, such as light and salinity.

“Government agencies might not have a staff diver available who has experience building and deploying sensors like this,” says Sacchi. “To help out, we offer our skills and work under their direction.”

Volunteering provides a sense of purpose 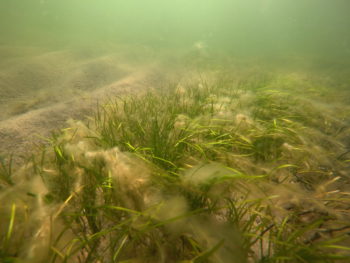 Off the coast near the southwestern Finnish town of Hanko, scientists have been investigating how to transplant eelgrass, an important marine species.Photo: Aija Nieminen/Metsähallitus

The volunteer work has already yielded positive results. In the summer of 2020, oil was removed from two sunken ships near the Åland Islands, and two plots of eelgrass were transplanted west of Helsinki. The divers also plan to remove “ghost nets” snagged on sunken ships. When a fishing boat loses a net, it becomes a ghost net that can entangle and kill sea life.

“This volunteer work gives us a sense of purpose,” Sacchi says. “It is something we believe in, and I love it.

“We need to do all we can so future generations can continue to enjoy the natural world. Every positive action matters.”

When you hear the words “Finland” and “nature,” you may think of the country’s large expanses of forest and numerous lakes. On a different scale, allotment gardens offer many Finnish city-dwellers a way to spend time surrounded by nature.