If you look closely, you can see that this fish is made out of pieces of plastic. Johanna Sandin and Inkeri Pekkanen found them on the beaches of Hanko.

“The beach is my living room, the sea my television.” This is the informal slogan Inkeri Pekkanen uses to describe her admirable leisure-time pastime of beach cleaning along the shore of her hometown of Hanko, on the southernmost tip of the Finnish mainland.

Located at the tip of a sandy peninsula and graced with magnificent wooden villas, Hanko has some of the prettiest beaches in the country. Pekkanen’s self-proclaimed mission is to maintain the cleanliness of those beaches while spreading the word about the Baltic Sea’s vulnerability and the damage that plastic waste and other litter inflict on the environment. 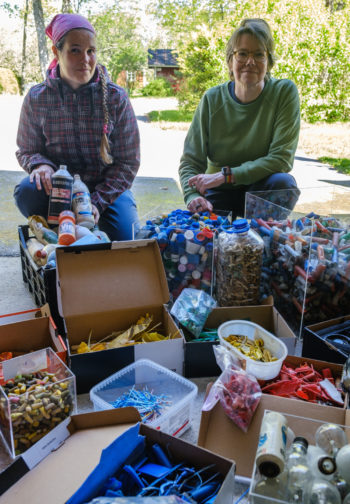 Inkeri Pekkanen (left) and Johanna Sandin display the stunning quantity of plastic trash that they collected on Hanko’s shoreline during just one year. Photo: Tim Bird

Apart from her frequent beach cleaning expeditions on the shores of the mainland and the outlying archipelago, Pekkanen puts her passion into practice by means of a popular Instagram channel, @roskapostia_hangosta, which means “junk mail from Hanko.”

Raising awareness is at the heart of Pekkanen’s approach, and she represents a growing community of beach cleaners around the Baltic and in other maritime regions who are using social media to reveal the variety and quantity of waste that ends up in the world’s waterways. 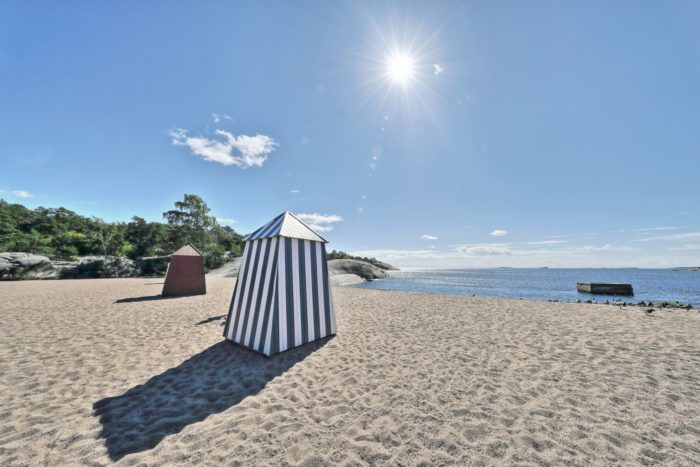 Pekkanen’s approach is to inform rather than to preach. “I started doing this when I moved to Hanko in 2014,” she says. “Many people in the town go to the beach almost every day, and I did too. I realised that the sea is bringing trash to the beaches. I also realised there are only a few people cleaning the islands.

“I wanted other people to see what I see. It was such a surprise to me. I wasn’t aware of the issue of plastic waste in the Baltic Sea.”

Her aim of raising awareness has caught the attention of organisations including the WWF and the Finnish Environment Institute. Both are launching cooperation with Pekkanen to inform people about how “nurdles” – the tiny plastic pellets from which plastic items are manufactured – can enter the ecosystem when accidentally or deliberately discarded into the sea. In the water, they also attract and accumulate concentrations of toxic chemicals. Birds and fish can mistake the pellets for food, with dire consequences for themselves, their offspring and other links in the food chain. 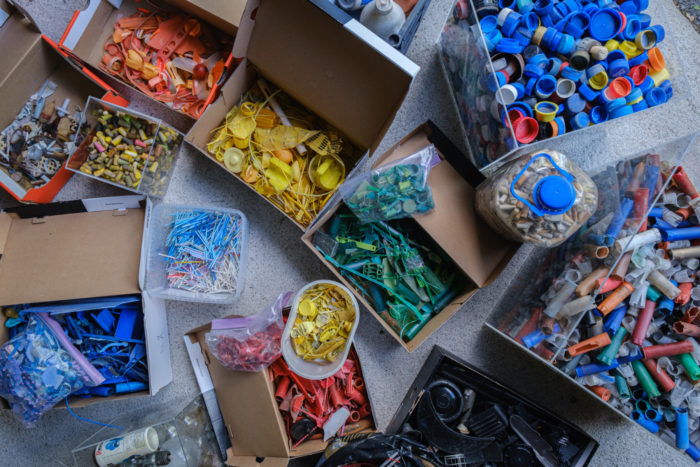 Pekkanen has also been cooperating in her antitrash campaign with her friend, nature photographer Johanna Sandin, whose garage contains piles of boxes of sorted, colour-coded items collected from Hanko’s beaches.

There is a box of 1,700 spent plastic shotgun cartridges, a jar of 536 earplugs, and other containers filled to their brims with cigarette ends, more than 1,000 cotton bud stems, about 11,000 nurdles and 1,000 plastic bottle tops.

A drone and a fragment of someone’s dentures are among the other objects collected. Some of the most alarming are the drugs and medicines, which could otherwise have been found by children or animals.

A sea of images 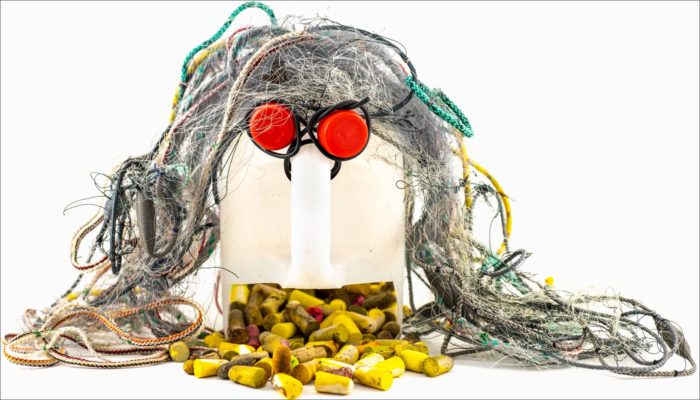 This sculpture by Johanna Sandin is composed of plastic trash collected in Hanko, including fishing net as hair, bottle tops as eyes, and handfuls of foam earplugs as vomit. Photo: Johanna Sandin

“When I was editing my seascape photos I noticed the rubbish on the beaches,” says Sandin, who holds trash awareness workshops for local schoolchildren. “I thought that plastic could be the subject of my next exhibition. I always pick up trash when I’m out, and now I think many people in Hanko do this more than ever. I read about Inkeri in the newspaper and I thought, maybe I don’t have to pick all of it up myself.”

Sandin has made exquisite images with the plastic items found on the beaches, and has produced photographs of that art. She has shown the photos as an exhibition called Washed Ashore at venues that include Sanoma House in Helsinki and the Vellamo Maritime Centre in the southern Finnish city of Kotka. The exhibitions were connected with #OURSEA, a charity campaign run by Moomin Characters Ltd and aimed at helping clean up the Baltic Sea. 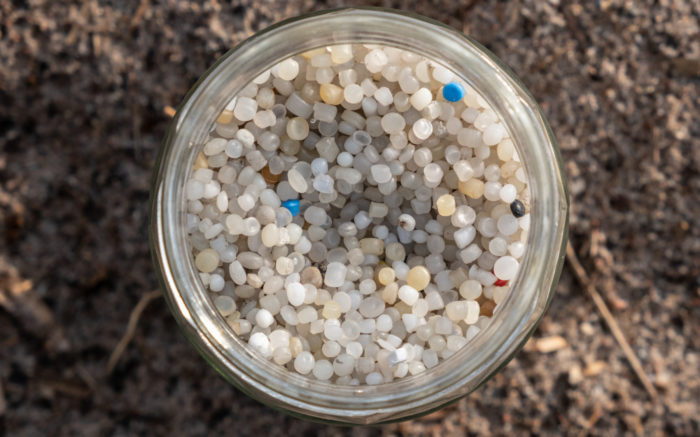 “Nurdles” are plastic pellets one to five millimetres (less than 1/4 inch) in diameter, used as material for manufacturing plastic items. They are also a significant form of pollution. Photo: Tim Bird

Pekkanen and Sandin are encouraged by the fact that beach trash is becoming scarcer around Hanko’s shorelines. But they also point out that they would have far more work to do if they were cleaning the shore of a country exposed to a wider ocean, rather than the beaches of the relatively isolated Baltic.

They concede that some trash originates from local sources, such as hunters forgetting to pick up their used cartridges – or choosing not to – or harbour workers discarding their earplugs. However, sources are widespread, due to Hanko’s exposure to prevailing southwest winds, which bring trash from other Baltic regions.

So, apart from disposing of trash properly to begin with, what can we do to contribute to improving the situation? “You don’t have to do what we do,” Pekkanen says. “But just pick up a few items if you are out for a walk. It will give you a good feeling and every little bit helps!”