The ferry forms a vital winter link between Helsinki and the island fortress of Suomenlinna – and the voyage in winter is one of the most exotic short sea-hops in the world. (An uncropped version of this photo is included in the slideshow below.)

A community of some 800 people inhabits Suomenlinna, the group of historic islands in the entrance to Helsinki’s South Harbour. Ferry service forms a vital link to the mainland for them – not least when the harbour freezes over in winter.

Incredibly, there used to be a winter bus service running across the ice between Kaivopuisto – the park at the southern tip of Helsinki – and Suomenlinna’s small archipelago, but a change in sea traffic lanes put paid to that. These days public transport takes the form of a ferry that shuttles from Market Square on 365 days of the year. The quick voyage is like a miniature Arctic exploration, a dazzling, spectacular adventure, as the ice groans around the flat deck of the ferry.

To Suomenlinna through a frozen sea 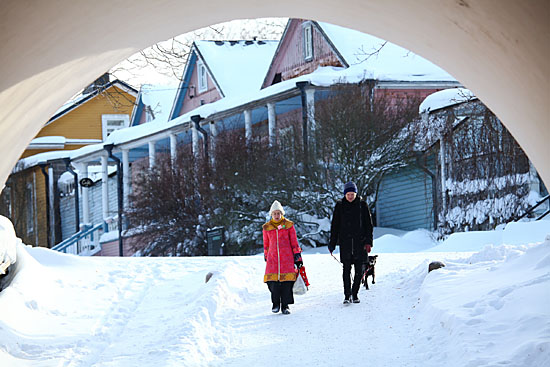 Suomenlinna residents head for the ferry quay to take the 15-minute voyage to the city. The ferry can carry cars and bikes as well as passengers.Photo: Tim Bird 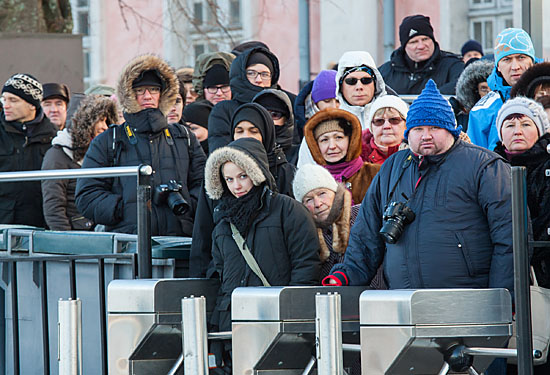 People watch as the ferry pulls in to Suomenlinna, which is one of Helsinki’s most popular tourist attractions – even in the winter.Photo: Tim Bird 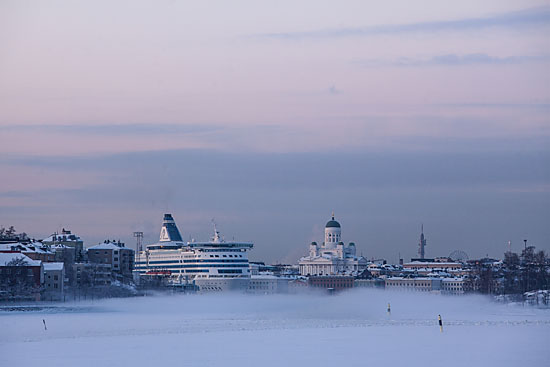 Helsinki’s South Harbour is shrouded in mist as temperatures dip to minus 20 degrees Celsius and the sea freezes over.Photo: Tim Bird 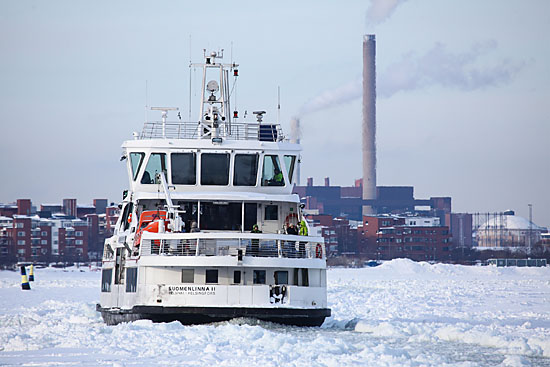 The Baltic is a low-salt brackish sea, so winter ice cover in the Gulf of Finland off Helsinki can easily exceed 40 centimetres.Photo: Tim Bird 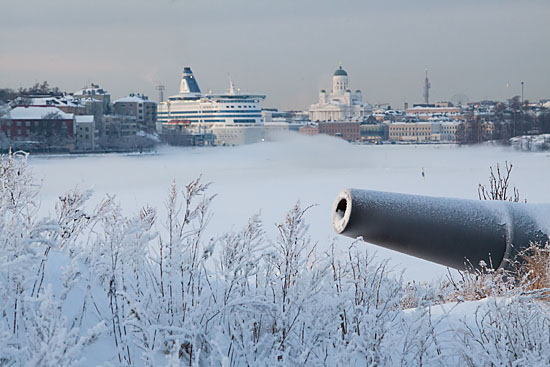 Suomenlinna was founded by the Swedes as a defensive fortress, but these days it’s one of Helsinki’s most peaceful communities.Photo: Tim Bird 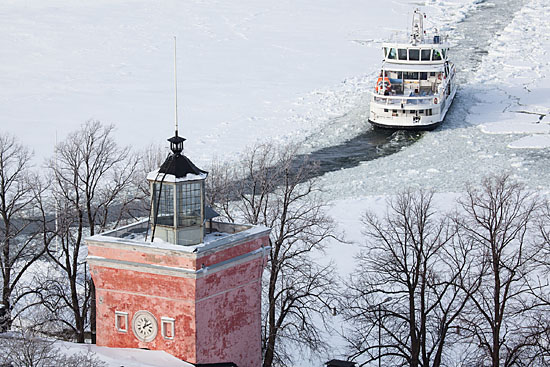 The ferry forms a vital winter link between the city and the island fortress – and the voyage in winter is one of the most exotic short sea-hops in the world.Photo: Tim Bird 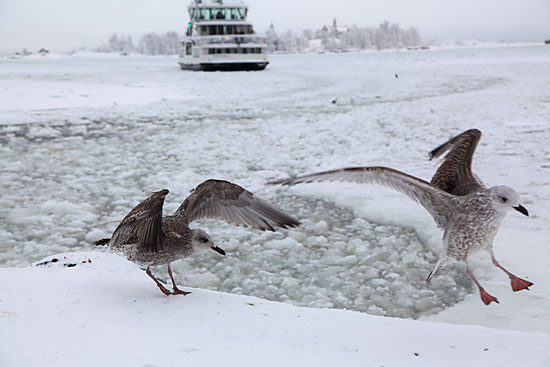 Fishy feeling: Gulls from Market Square make the most of the ice-crushing properties of the Suomenlinna ferry.Photo: Tim Bird 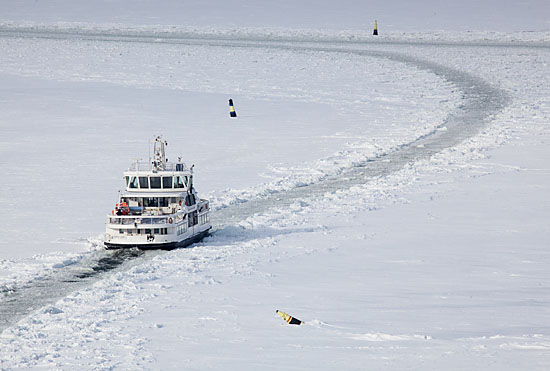 Tugs work to keep shipping lanes open in Helsinki’s harbours when the ice gets really thick, but the Suomenlinna ferry ploughs its own furrow for much of the winter.Photo: Tim Bird 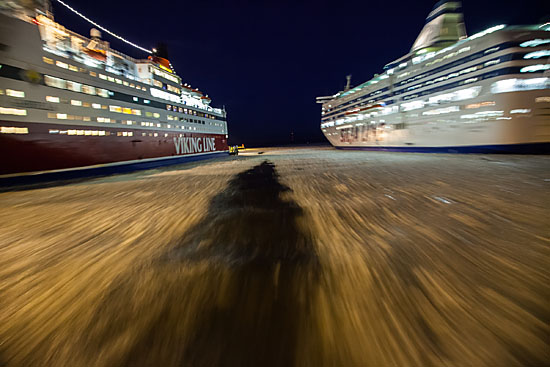 In another league: Two ferry lines, Silja and Viking, depart Helsinki for Stockholm daily throughout the year.Photo: Tim Bird 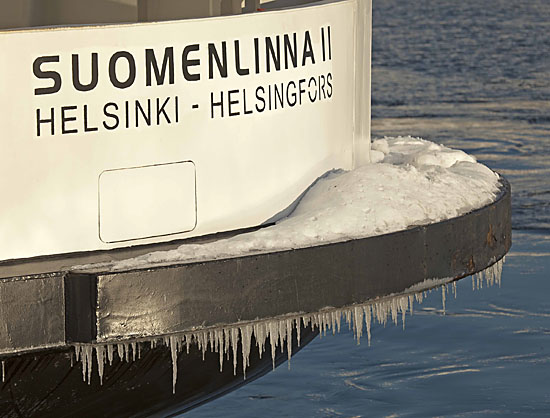 A service tunnel runs between Suomenlinna and the mainland, but the only public option is to catch the ferry.Photo: Tim Bird 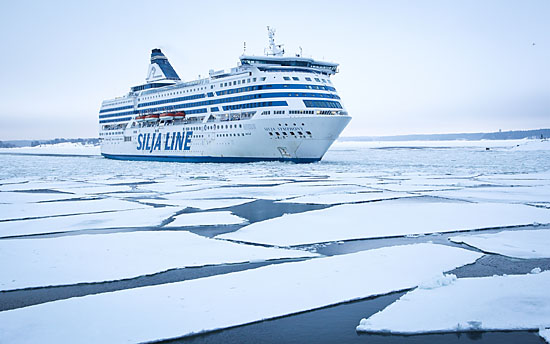 Photos and text by Tim Bird