A tram on Helsinki’s Mannerheim Road stays firmly on track and on schedule during a heavy snowfall.

The prolonged cold snap and plentiful snow that followed Christmas 2020 and continued into the first months of 2021 almost felt like something of a novelty in the Helsinki area.

In typically resourceful fashion, the Finns find ways to make the most of the wintry conditions, even while still observing social distancing and other guidelines that the Covid-19 pandemic necessitates. Extreme cold, with temperatures plummeting below minus 20 degrees Celsius (minus 4 Fahrenheit) at times, has accompanied heavy snow to a depth of more than half a metre (20 inches).

Helsinki remains prepared for these conditions and the challenges they present. A multitude of snow-clearing vehicles takes to the streets after each blizzard, while trams and buses continue to operate, undeterred.

One morning, citizens of Helsinki and the rest of the metropolitan area woke up to pink mists and floats of ice forming in the bays of the Baltic Sea. Our photo feature looks at full-blown, good old-fashioned Finnish winter making a welcome return to the Helsinki area.

Winter casts its spell in the Finnish capital 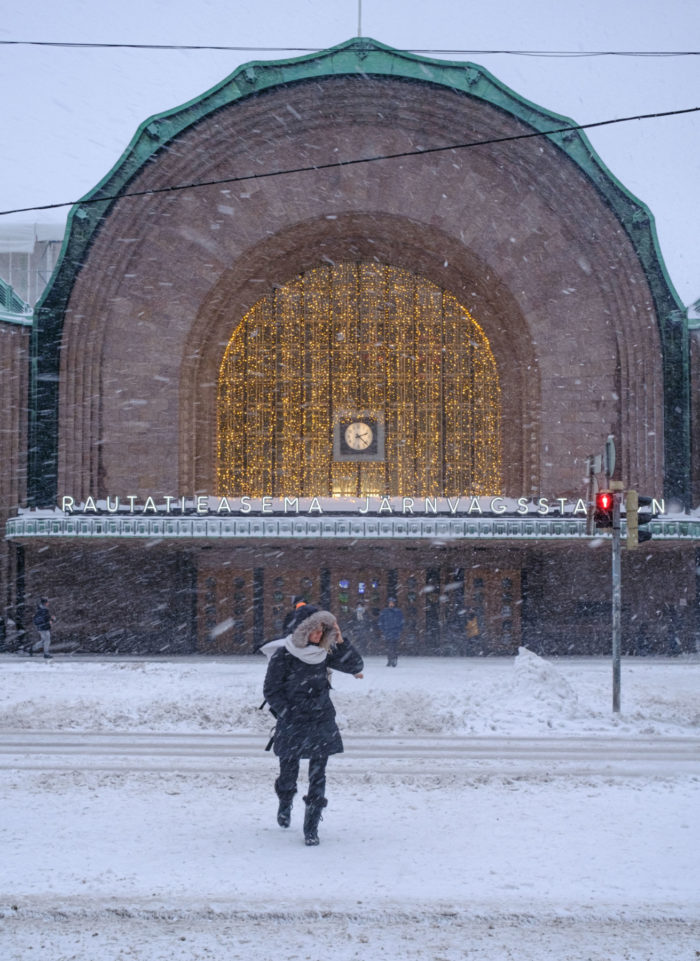 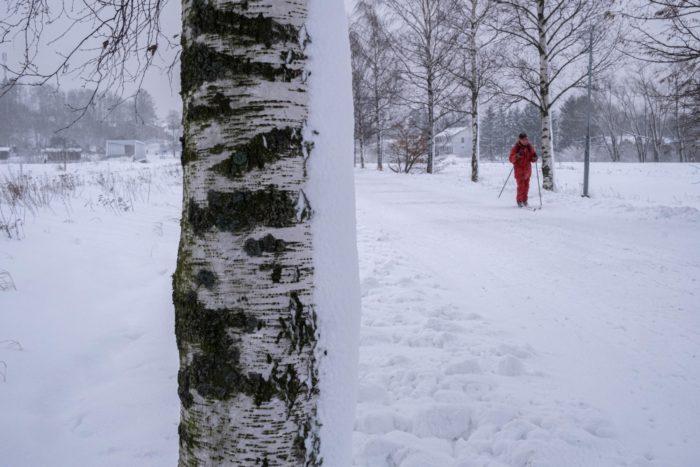 A skier near the Vantaa River on the edge of Helsinki. Residents have been digging out their ski gear from attics and basements in order to take some welcome outdoor winter exercise. Photo: Tim Bird 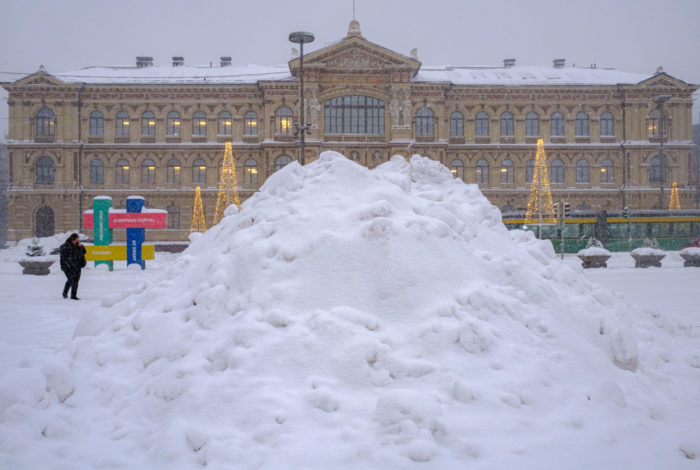 A mountain of cleared snow forms on Railway Square in front of the Ateneum Art Museum. Photo: Tim Bird 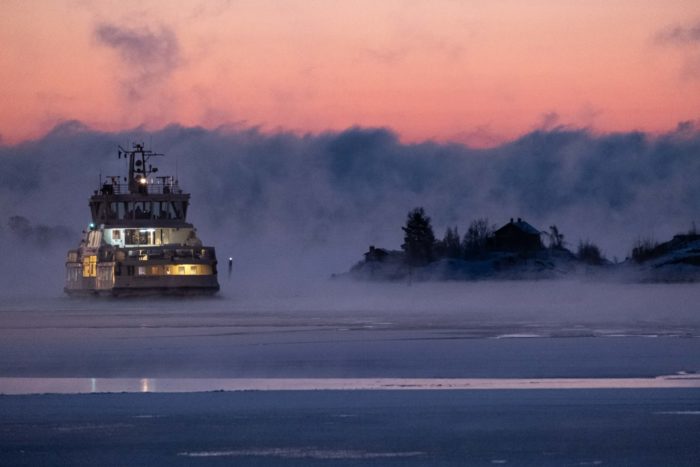 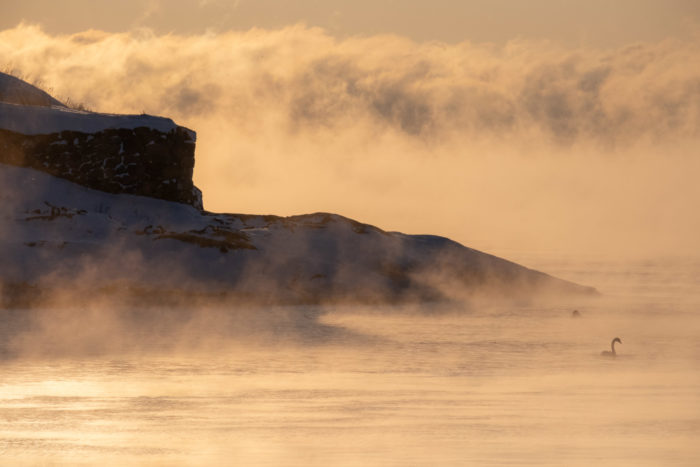 A swan (lower right) bobs in the mist on the seaward side of the Suomenlinna sea fortress as the sun rises on a morning when the thermometer reads minus 20 degrees Celsius (minus 4 Fahrenheit). Photo: Tim Bird 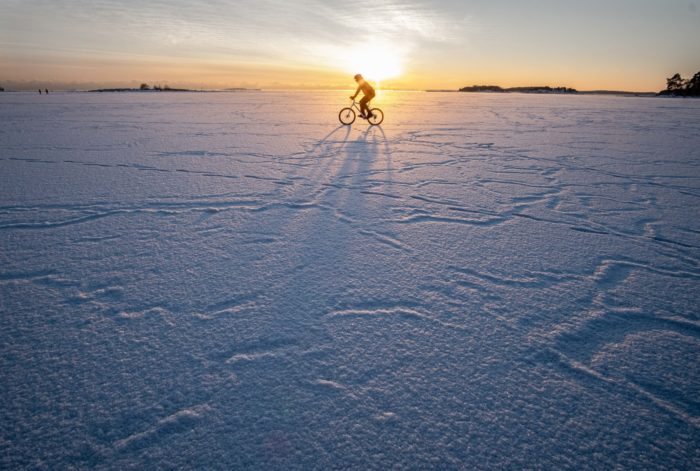 One should always take great care when venturing onto the frozen Baltic Sea, but the ice in the shallower inlets became thick enough in early 2021 to support walkers and skiers – and even this cyclist. Photo: Tim Bird 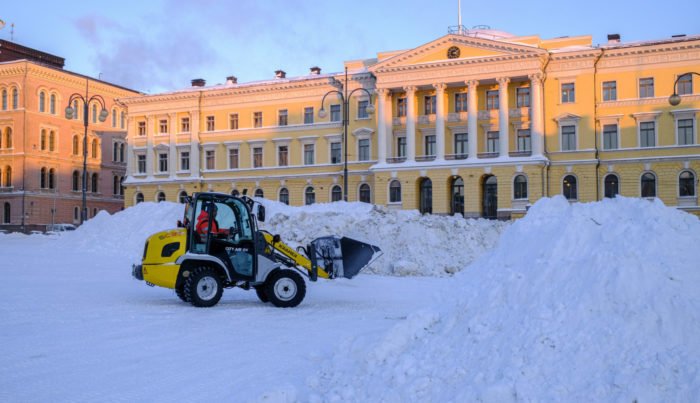 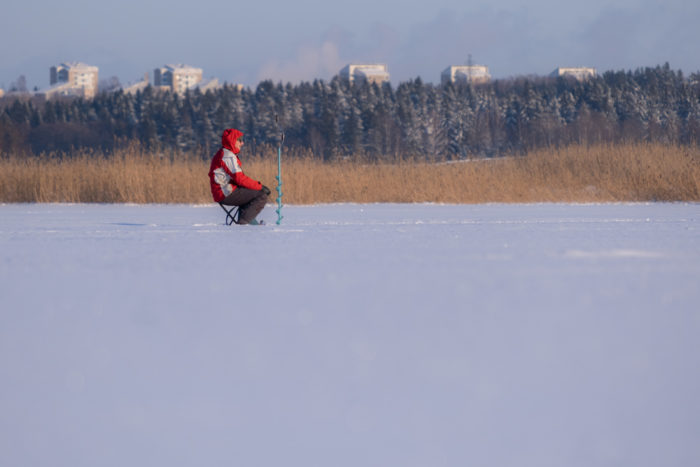 Ice fishers, such as this one close to the suburban neighbourhood of Arabianranta, practise their ancient and solitary pastime if winter brings cold enough temperatures. You have to bore a hole in the ice and drop a fishing line into the water below. Photo: Tim Bird 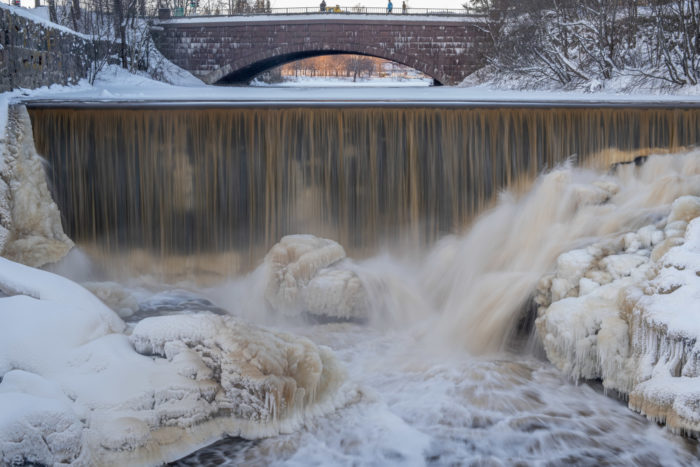 As the Vantaa River tumbles towards the sea at Vanhakaupunki (Old Town), the site of Helsinki’s founding in 1550, it accumulates in surreal, wonderful ice formations. Photo: Tim Bird 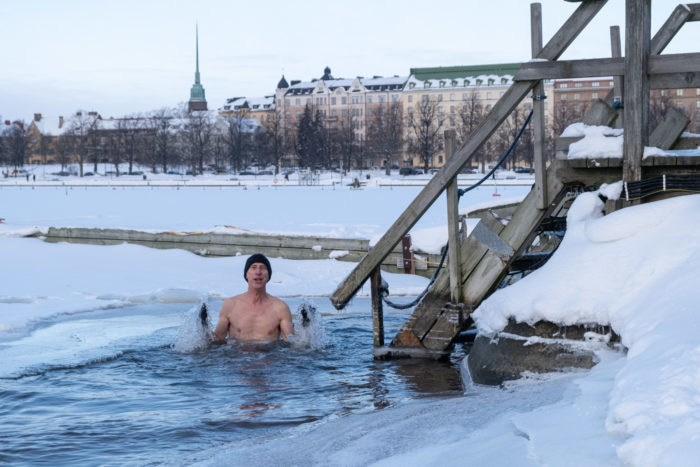 Winter swimmers, such as this one at Uunisaari (Oven Island), just south of Helsinki, advocate the health benefits of regular winter swimming. Photo: Tim Bird 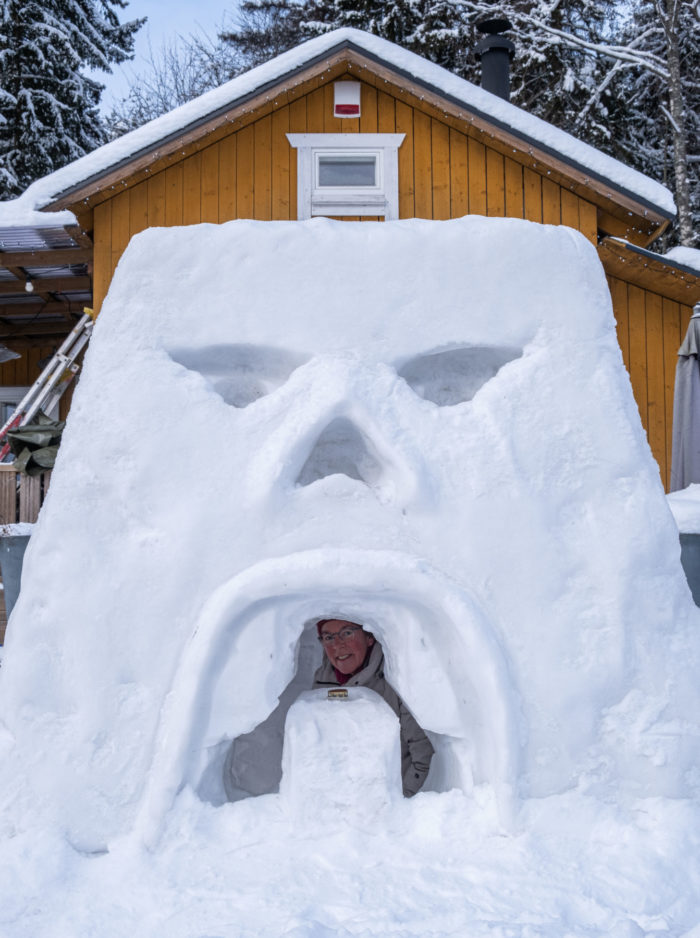 Perhaps as a result of spending more time at home, Finns have rediscovered creative snow and ice sculpting skills. This snow fort is the work of allotment gardeners in the suburb of Pakila, north of the capital. Photo: Tim Bird 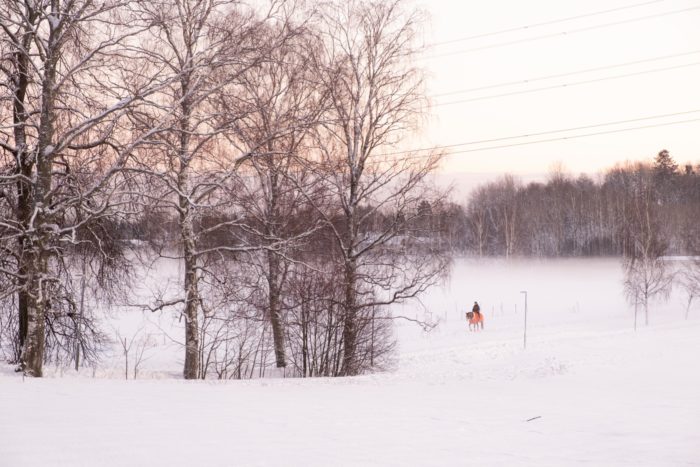 A rider trots out in the morning mist close to the Tuomarinkylä stables, near the Vantaa River. Photo: Tim Bird 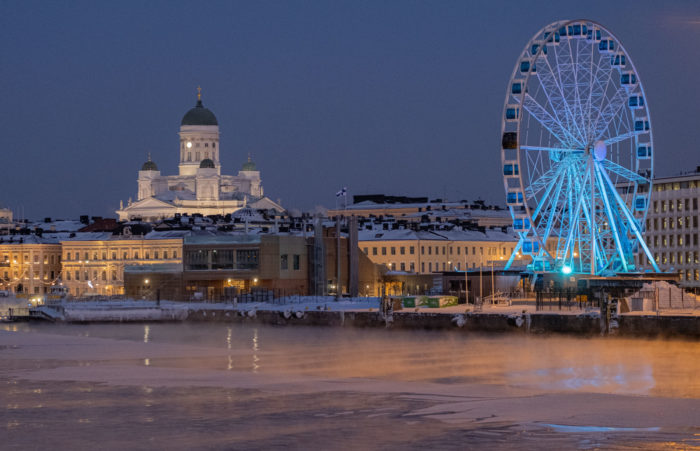 On a brisk morning in South Harbour, the sea is beginning to freeze, with the Lutheran Cathedral and the Sky Wheel visible in the background. Photo: Tim Bird 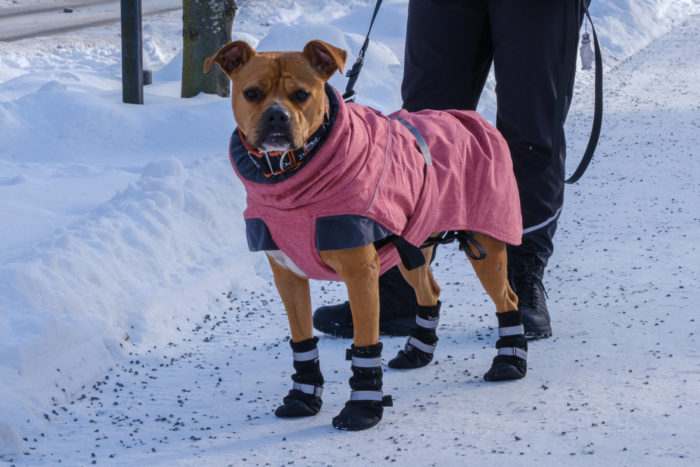 Maybe Helsinki dogs have been getting some extra exercise during the pandemic period. They are often as well prepared for the weather as their owners. Photo: Tim Bird 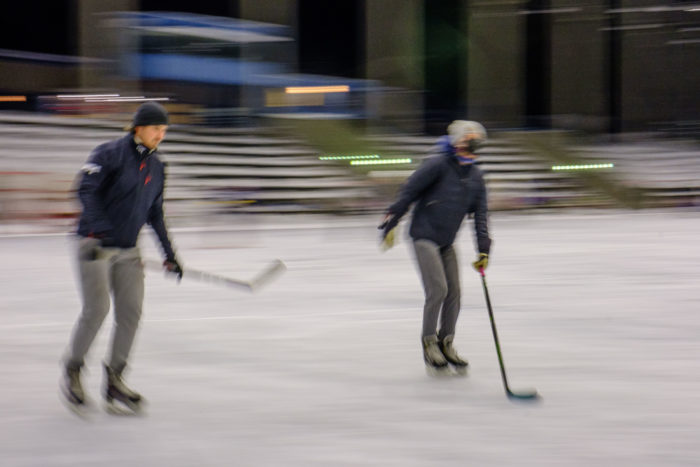 Winter goes by in a blur, as do these skaters practising their hockey moves at the enormous outdoor rink in Oulunkylä, just north of Helsinki. Photo: Tim Bird

Always take care when venturing onto a frozen sea or lake! Conditions can change quickly. Consult with the locals, and if the ice looks too thin or you’re otherwise in doubt, stay on dry land. Our slideshow is completely safe.

Getting into snowshoes in southern Finland
Life & societySports

Getting into snowshoes in southern Finland

More people than ever are discovering that if you can walk, you can snowshoe.

When the winter brings lots of snow, Helsinki is perfect for a favourite pastime: sledding. We help you head for the hills.