A Saimaa ringed seal pup gets acquainted with its environment.

A bitter February wind is sweeping wet sleet across Lake Saimaa near Lappeenranta in southeastern Finland. The temperature is hovering just above zero degrees Celsius (32 degrees Fahrenheit). There is a total absence of snow, and the lake ice, what there is of it, is just a few centimetres thick, making it so brittle that the wind has broken much of it and pushed it into jagged ridges near the shoreline.

These conditions are bad news for the endangered Saimaa ringed seal, Finland’s only endemic mammal and one of the very few freshwater seal species in the world. It’s the start of the nesting season for this sensitive and vulnerable creature.

Under “normal” circumstances, during a properly cold winter, the ice freezes thick and level on the lake, and a deep layer of snowdrifts accumulates on the surface. The female burrows up into the snow from beneath and gives birth, usually to a single pup.

Exposed to the elements 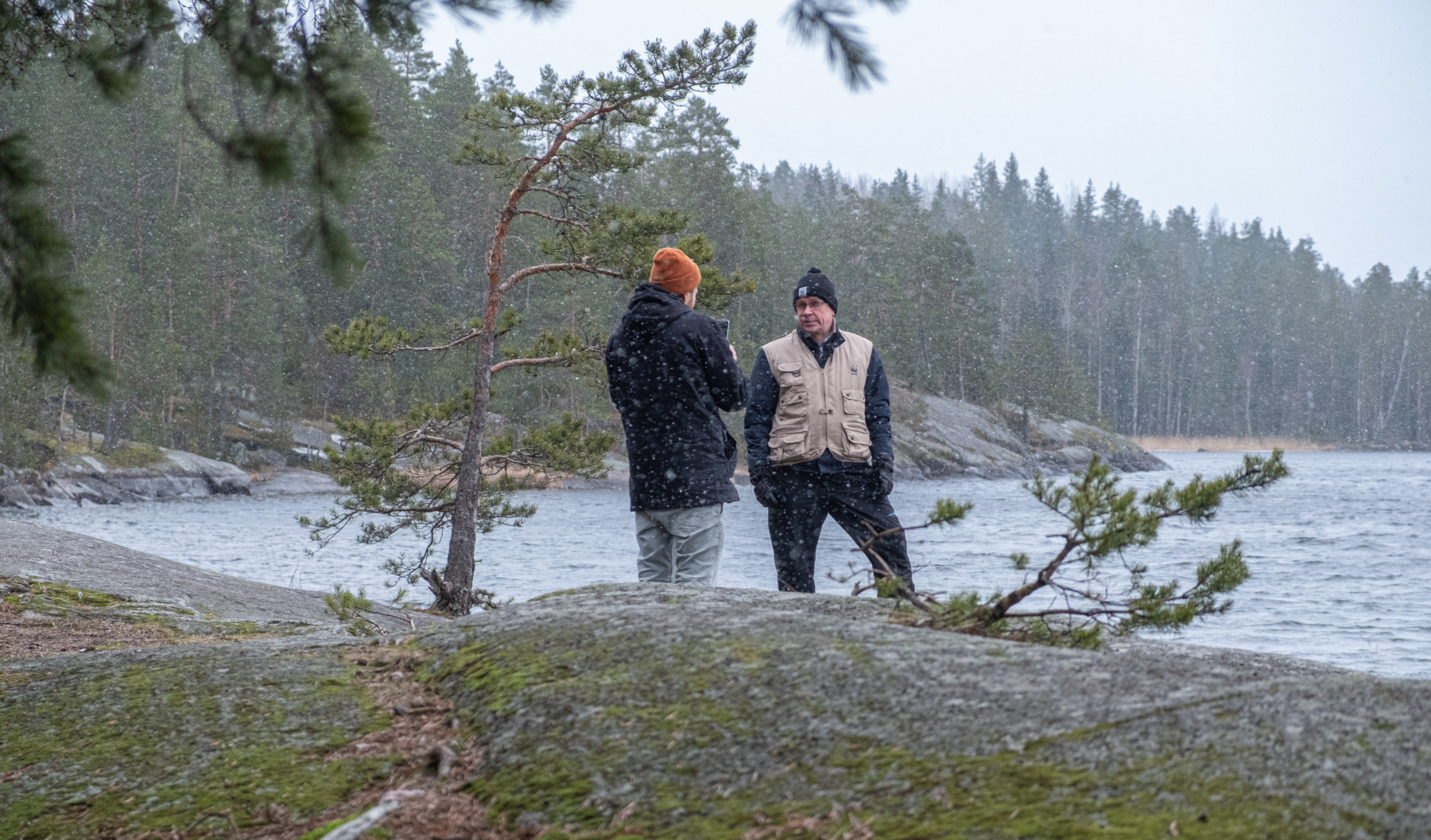 Ismo Marttinen, a locally based volunteer for WWF (World Wildlife Fund) Finland, worries that, as a consequence of climate change, the warmer conditions will become the new normal, expanding the already significant threats to the Saimaa seal. “This could be the future,” he says, standing on the snow-free shoreline of this enormous lake system.

According to the most recent figures on the WWF Finland website, there are only 410 Saimaa ringed seals left.

He hopes that no further deep plunges in temperature will occur in the current winter. If pups are born on open ice or shorelines, they’ll be exposed and vulnerable. Parks and Wildlife Finland and researchers at the University of Eastern Finland have piloted the use of pontoon shelters and other types of artificial nests, but to date only two pups are known to have been delivered in these settings.

Volunteers to the rescue 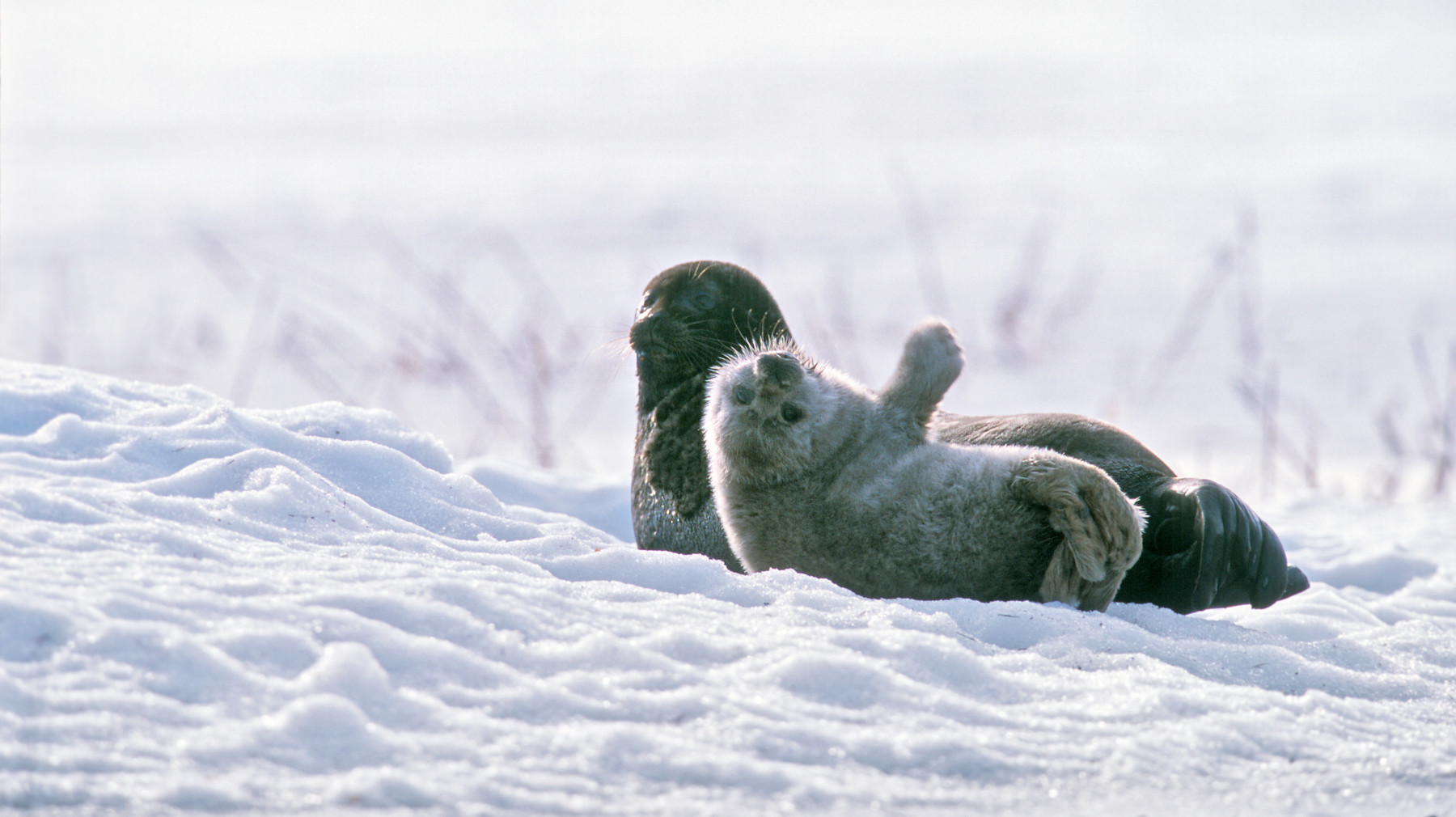 A more successful substitute for natural snowdrifts are snowbanks constructed on the ice by volunteers. WWF Finland organises this work in the southern stretch of Saimaa, while Parks and Wildlife Finland takes care of it further north in the Savonlinna area. The entire project is the responsibility of Parks and Wildlife Finland (which is, in turn, part of Metsähallitus, which administers and manages state-owned land and water areas).

This winter the conditions are more favourable in the north, where volunteers have built 150 snowbanks. Snow shortages in the southern Lappeenranta region have restricted snowbank activity and the brittle ice is too thin to take the weight of the volunteers.

The seals, which can weigh well over 60 kilos (130 pounds) and measure around 150 centimetres (five feet) in length, are no longer threatened by their Ice Age predator the polar bear (there have never been polar bears in Finland in modern times). Commercial fishermen have diminished their threat by using “seal-friendly” fishing equipment. However, although leisure fishermen based in the many cabins and cottages on Saimaa shorelines mean well, their fishing methods and presence can disturb the animals, during nesting and at other times. 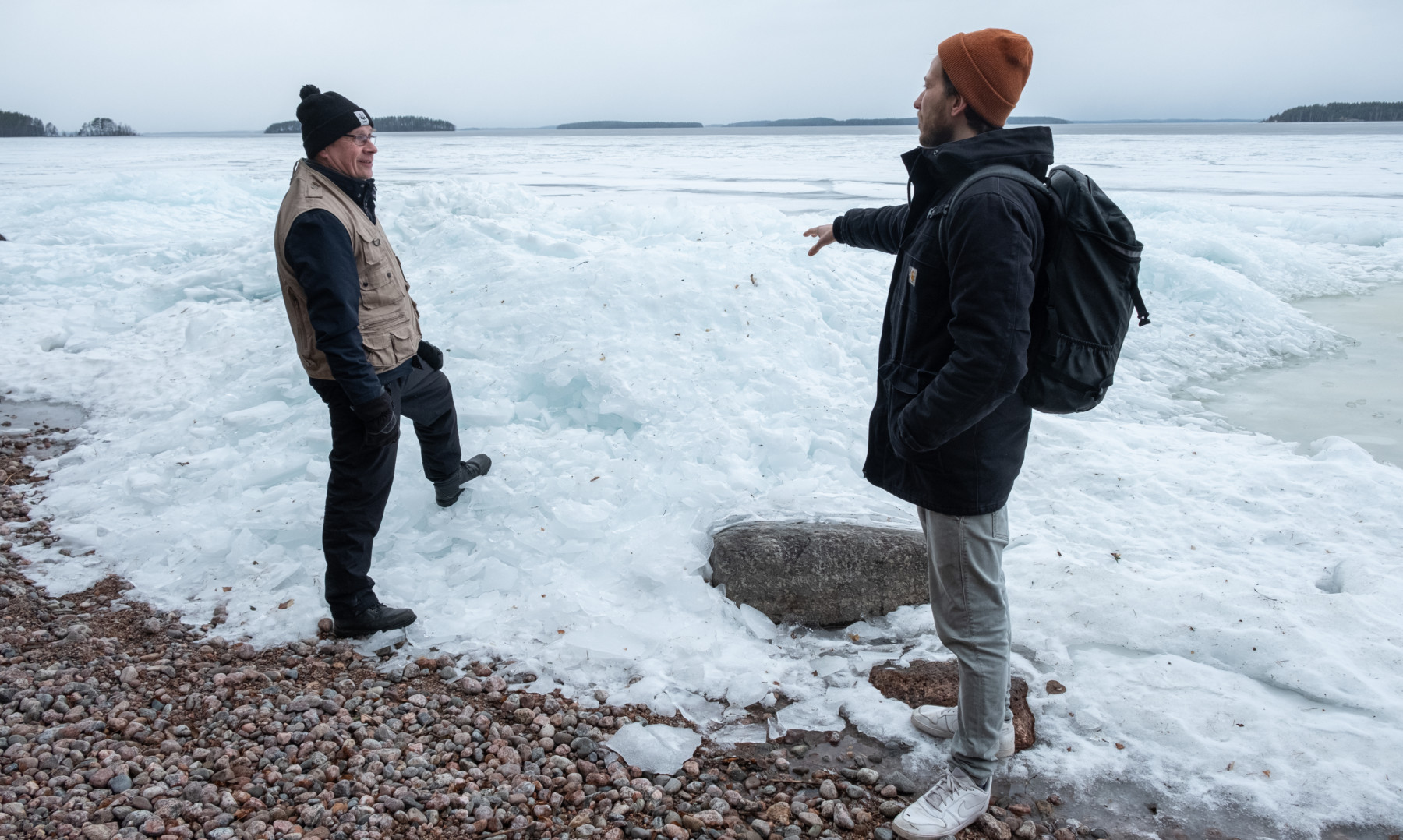 Joonas Fritze (right) of WWF Finland and Ismo Marttinen, a volunteer, survey the Saimaa lakeshore near Lappeenranta in southeastern Finland. The wind has broken the unusually thin lake ice and pushed it into jagged piles on the shore of a bay.Photo: Tim Bird

Ultimately the seals’ survival depends on the climate. “From 1952 to 1966, the mean date of ice forming on the southern parts of the lake was December 15,” says Marttinen. “From 2005 to 2016, the date was January 6. This year, the date was February 5 – a new record.”  As Joonas Fritze of WWF Finland points out, there is no other ringed seal population anywhere that exists where the sea does not freeze.

None of the obstacles dilutes the determination of those who are fighting hard to conserve the seals. As an active and concerned volunteer, Marttinen, the CEO of a printing company, has taken up a baton handed to him by his father, who was monitoring seal populations way back in the 1960s. As well as assessing the nesting conditions, supervising the building of snowbanks and drawing on his local knowledge and familiarity with nesting sites, Ismo photographs and observes the social behaviour of the animals.

Marttinen’s contribution is a vital aspect of cooperation between WWF Finland, Parks and Wildlife Finland, researchers at the University of Eastern Finland, and a legion of volunteers, including people who sign up to make monthly donations as Saimaa seal “godparents.”

Ismo Marttinen concludes his inspection visit with the filming of an annual WWF Finland Declaration of Nesting Peace on the Saimaa shoreline. This is a plea to skiers, hikers, cottage owners and anyone else to keep the noise down and, should they chance upon the seals, to keep their distance. Distributed to media, it’s an especially urgent plea in view of the current conditions, since a disturbed and nervous mother will take refuge with its offspring in the water – where the pup may perish from the cold.