“A day out fly fishing can be perfect even if you don’t catch anything,” says Finnish actor Jasper Pääkkönen.

Finnish actor Jasper Pääkkönen rose suddenly to Hollywood fame in 2018. His breakthrough role was the white supremacist character of Felix Kendrickson in Spike Lee’s Oscar-winning BlacKkKlansman. Next, Pääkkönen appears in Spike Lee’s Vietnam-based Da 5 Bloods. Pääkkönen muses that Lee, whose films have always been popular in Finland, has an approach to justice and equality that resonates with Finnish values.

Acting entered his life when he was 18. Pääkkönen’s career started in a popular TV series, bringing him national fame. From the beginning, he has utilized publicity to raise awareness on his huge passion – migratory fish. Landing international roles has brought him even more solid media attention helping him with the nature conservation work. In addition to his acting career, he has been working full time for years for healthier waters.

Pääkkönen was only two years old when he got his first fishing rod. What was it that made the little boy so enthusiastic about fishing?

“It must be a primal hunter-gatherer instinct,” he says.

Watching the fly line curve through the air mesmerized the young boy. Apart from aesthetics and the emotional highs and lows, fly-fishing is about spending time in nature, emptying your mind, hanging out with friends and happily letting the rest of the world vanish for a while.

“A day out fly fishing can be perfect even if you don’t catch anything.”

As an example, he mentions a recent day spent fishing up North, made unforgettable by a very muscular salmon. For a while it was his biggest catch ever. Then it got away.

“At that very moment, it felt like the biggest loss of my life,” he says, and laughs. “Only time will tell if it’s going to be a trauma or a positive experience.”

He compares the incident to winning a gold medal in the Olympics, to something you’ve been building your whole life towards – only to lose it in a blink of an eye.

The salmon was landed but wrestled to freedom before he could take its measurements or a proper photo. “It probably weighed something between 17 and 20 kilos” (38–45 pounds).

Rivers are getting restored 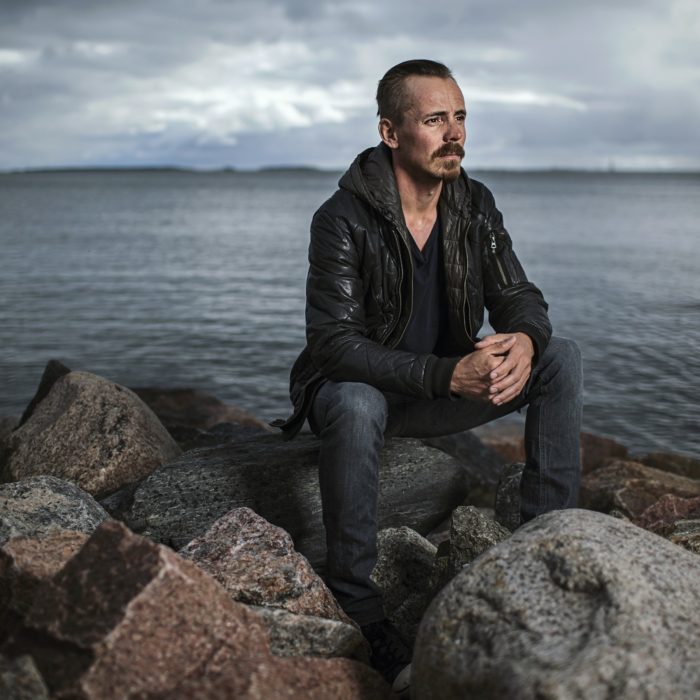 “I want my children and grandchildren to be able to enjoy healthy rivers and fisheries,” says Jasper Pääkkönen.Photo: Roope Permanto

While Pääkkönen admits to indulging his passion for fishing, it has also opened his eyes to endangered fish species and the poor state of rivers.

“All over the world, hydropower has destroyed rivers and their surroundings.”

Migratory fish are amongst the greatest sufferers. “Fish have a low status in the scale of nature conservation, perhaps because they aren’t cute and cuddly,” says Pääkkönen, his gaze and voice getting more intense. Thanks to him and other relentless campaigners around the world, signs of positive change are on the horizon.

“I want my children and grandchildren to be able to enjoy clean nature and healthy rivers and fisheries.”

Recently he played a crucial role in the decision to remove the three dams from the River Hiitolanjoki in South Karelia, Finland.

“I believe this decision will lead to a chain reaction in Finland. Restoring rivers by removing dams is already an international movement.”

Spending time outside Finland has made Pääkkönen appreciate some of the features of his national culture even more than before.

“On many scales, Finland tops the world,” he says. “Our remote location hasn’t stopped us doing right. In addition to the fresh air, clean water and vast areas of wild nature, literacy is high and we take care of those who are less fortunate. That’s how it should be everywhere, but there are very few places where it actually is.”

As well as social welfare, Jasper Pääkkönen is proud of the integrity and honesty of Finland. People keep their promises. “Actions speak louder than words” is a principle deeply ingrained in the Finnish soil.

The same agent was amazed to see a baby sleeping outside in winter.

“It was a cold, snowy day and he couldn’t get his head around how letting a baby sleep outside like that was possible,” Pääkkönen says. “It’s a Finnish tradition. Babies sleep really well outside in cool, crisp air, snuggled up in warm clothes in their strollers.” It was just another case of fresh air and safety beautifully combined together.

Sweating it all out in the sauna 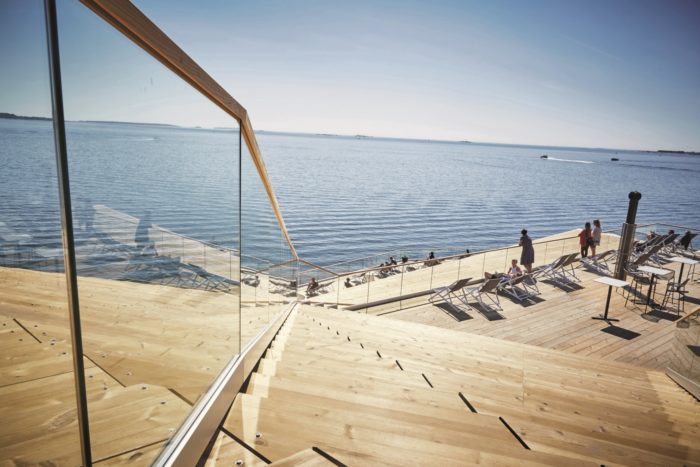 Jasper Pääkkönen is founder and owner of Löyly, a Helsinki sauna that shows off Finnish wood architecture on the Baltic Sea shore.Photo: Pekka Keränen/VisitFinland

Another field Jasper Pääkkönen says Finland should be pioneering is nature travel. Now working on a premium resort to be built in Lapland, he is keen to invest in sustainable architecture. Warm, inviting – and good for the environment.

Founder and owner of Löyly, an ecologically built and run seaside sauna in Helsinki, Pääkkönen thinks entrepreneurs should do more for the environment than simply what is required by law. And indeed, carbon-neutral economy is high on the agenda of many companies.

“I think it’s our duty to act as responsibly as we can. The combination of a sauna and a restaurant alone wouldn’t have earned Löyly a ranking on TIME magazine’s 100 Greatest Places list.”

When he is in Finland, sauna is part of the daily schedule: “For us Finns, sauna isn’t really a luxury, but a unique, normal part of our daily lives. We have a special emotional connection to it. Sauna helps to sweat out all the worldly worries and stress. You haven’t really visited Finland if you haven’t enjoyed a sauna.” And a traditional wood-burning one, at that.