The Olympic Stadium’s new, wooden, fire-resistant roof uses Finnish spruce and pine, and covers the 36,300 seats, replacing the benches that previously filled the stands. For concerts, capacity can be extended to 50,000.

Completed in 1938 according to the plans of architects Yrjö Lindegren and Toivo Jäntti, Finland’s biggest and finest stadium was to host the Olympics scheduled for 1940. The Second World War meant that the country had to wait until 1952 before it could actually hold the competition.

After the comprehensive renovations were revealed in August 2020, a global pandemic meant that only 1,400 tickets were allowed to be sold to the reopened venue’s very first game. Capital-region teams HJK and PK-35 faced each other on August 19 in the National League, the country’s top women’s football series. On September 3, Finland and Wales played an international men’s match in the Olympic Stadium with no spectators at all.

“The events planned for 2020 are just postponed, not cancelled,” says Olympic Stadium events specialist Essi Puistonen. “And we can still use the facilities for smaller events. The 2020 Helsinki Design Week chose the stadium as its main exhibition venue, for example.” After almost half a decade wrapped in scaffolding and occupied by digging machinery, the handsome, historic Helsinki landmark, with its 72-metre observation tower, stands ready again to hold major sporting and entertainment events.

Finland is intensely proud of its architectural heritage, and the renovations were carried out in accordance with the Finnish Heritage Agency’s rules for preserving the essential character of buildings with special historic significance. Particularly in terms of safety and technology standards, the stadium was in need of wide-ranging improvements, and these have been achieved without compromising its unique character. The stadium complex also houses the Sports Museum of Finland, open again in October 2020, and a bistro restaurant.

View the stadium, inside and out 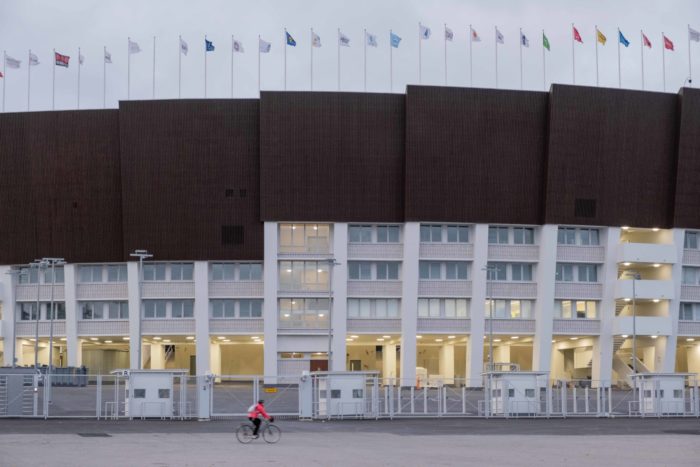 The elegant facade of Helsinki’s Olympic Stadium, two kilometres (1.25 miles) from the city centre, has been preserved in complete renovations including improvements to crowd safety and access for major sporting events and concerts. Photo: Tim Bird 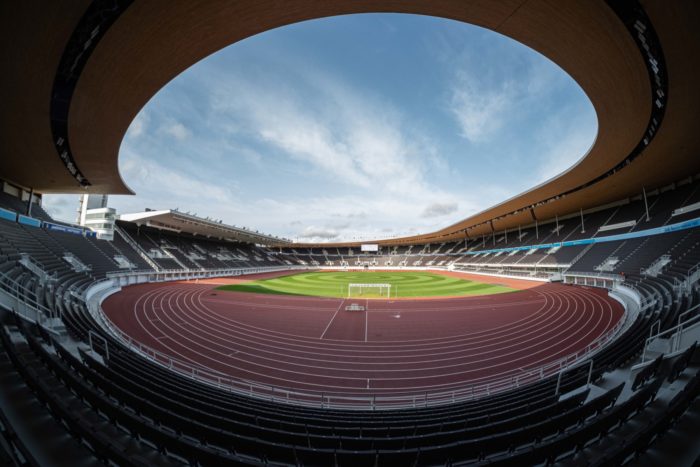 The old roof over the main stands has been preserved, while a new wooden roof covers nearly all of the rest of the stadium’s seating. The design came from a consortium of two Finnish architect firms, K2S and NRT, who worked together with White Arkitekten of Sweden and Wessel de Jong of the Netherlands. Photo: Tim Bird 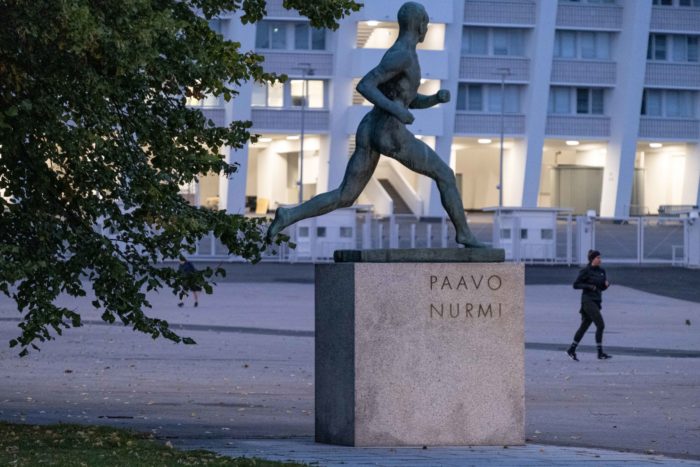 The statue of “Flying Finn” Paavo Nurmi (1897–1973) still marks the approach to the stadium. Nurmi won nine gold and three silver Olympic medals and set several world records in middle- and long-distance running. He lit the Olympic flame at the stadium in 1952. Photo: Tim Bird 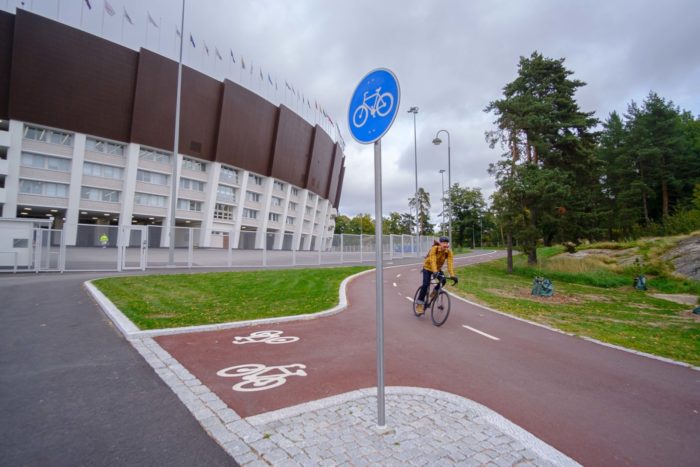 Upgrades to stadium access and environment include new bike paths, part of Helsinki’s strategy to be the world’s most functional city. Photo: Tim Bird 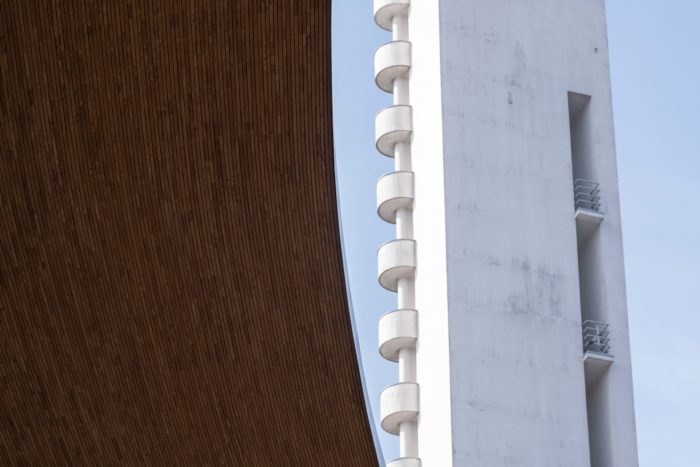 A 72-metre tower embellishes the southwest corner of the stadium. Visitors to the tower can order tickets on the stadium website. Photo: Tim Bird 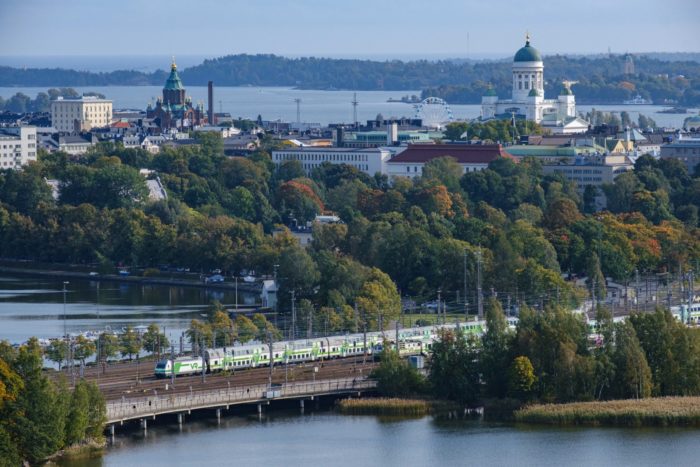 The stadium tower offers one of the best - if not *the* best - panoramic view of the Finnish capital. Other city landmarks visible from the viewing platform include the Uspenski Orthodox Cathedral (left) and the Lutheran Cathedral (right). Photo: Tim Bird 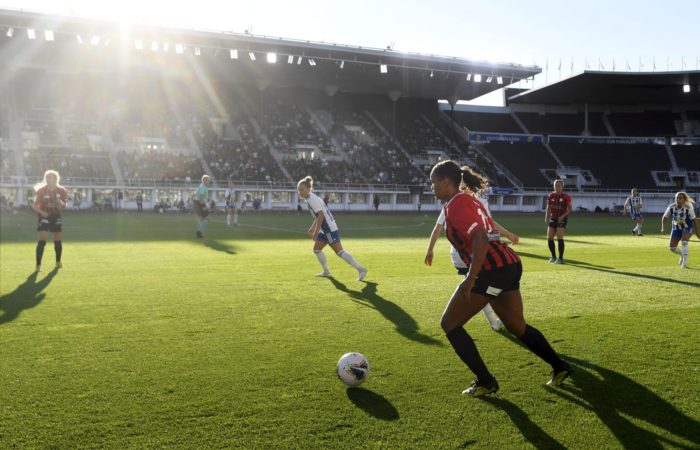 PK-35’s Anita Abu (in red) makes progress against HJK on August 19, 2020 in a National League match, the first game to be played in the newly renovated Olympic Stadium. (HJK won, 2–0.) Photo: Vesa Moilanen/Lehtikuva 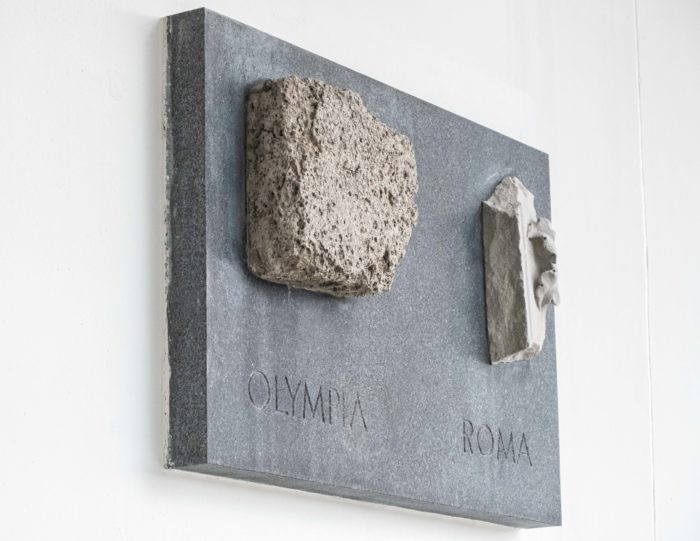 Relics from stadiums in Rome and Athens make reference to the ancient tradition of the Olympic Games. Photo: Tim Bird 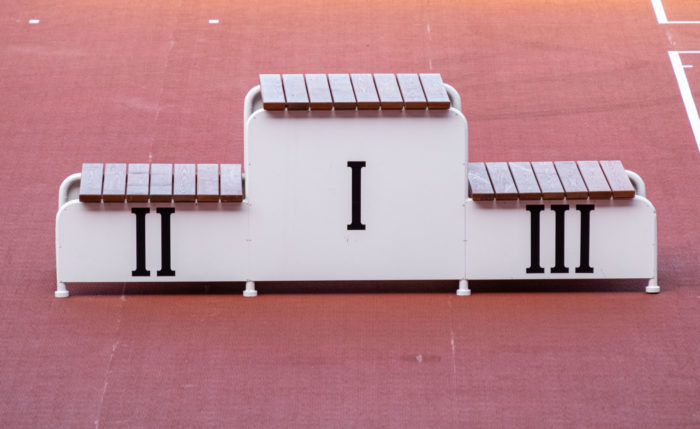 Functionalist style has been lovingly preserved in every detail of the stadium – even in the winners’ podium. Photo: Tim Bird 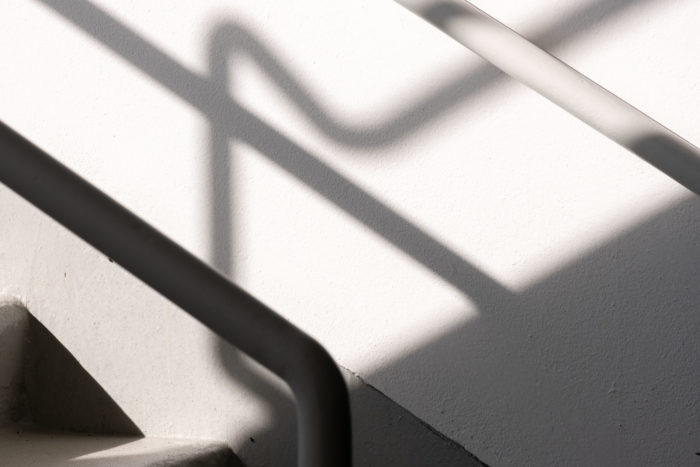 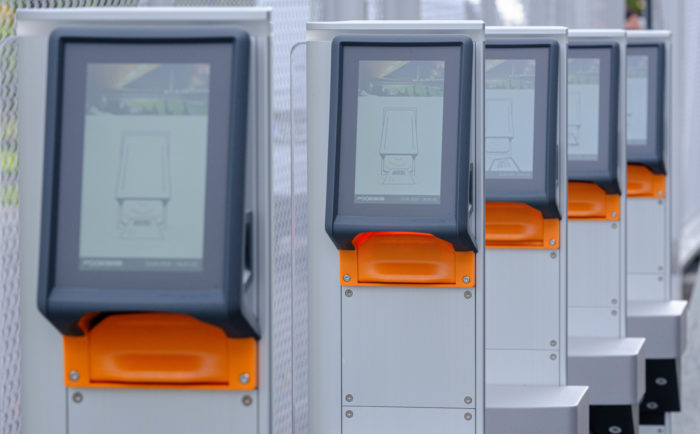 Electronic ticket readers will speed up access to the stadium and shorten queues. The renovations also included upgrading food and service kiosks and increasing the number of toilets from 248 to 600. Photo: Tim Bird 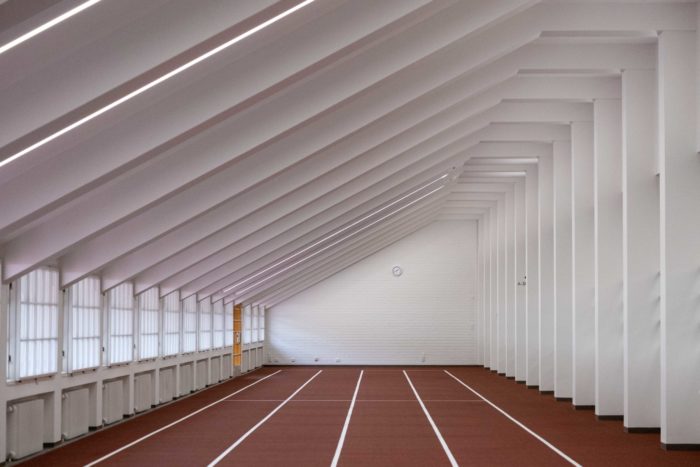 Warm-up facilities and indoor training features, both for competitors and for sports clubs, have been improved, while interiors have been returned to their original pristine glory. Photo: Tim Bird 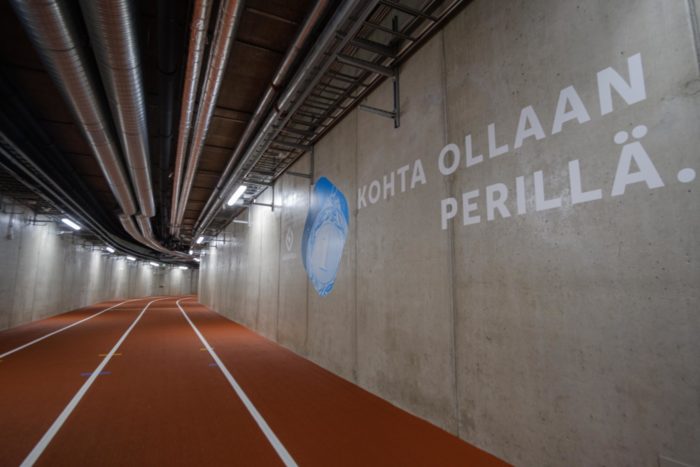 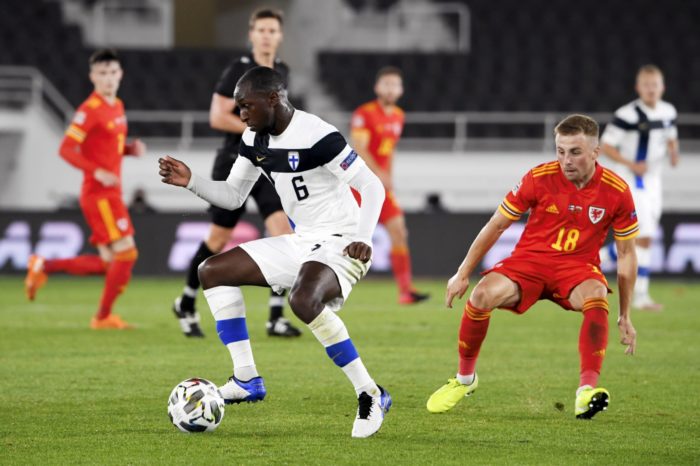 Glen Kamara (6) of Finland protects the ball from Joe Morrell (18) of Wales in a Nations League match played with no spectators in the Olympic Stadium on September 3, 2020. (Wales won, 1–0.) Photo: Markku Ulander/Lehtikuva 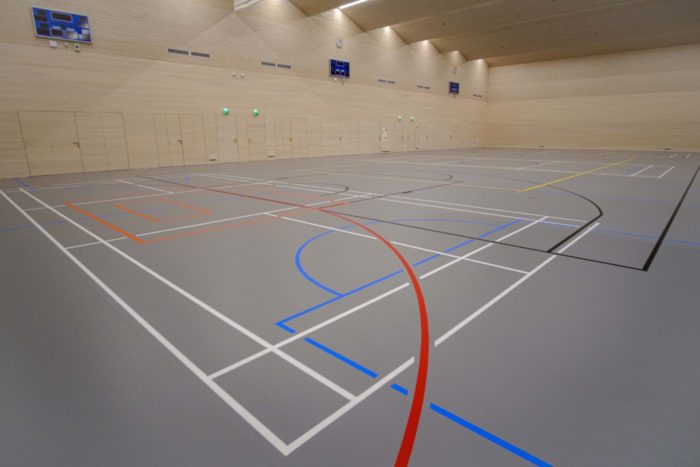 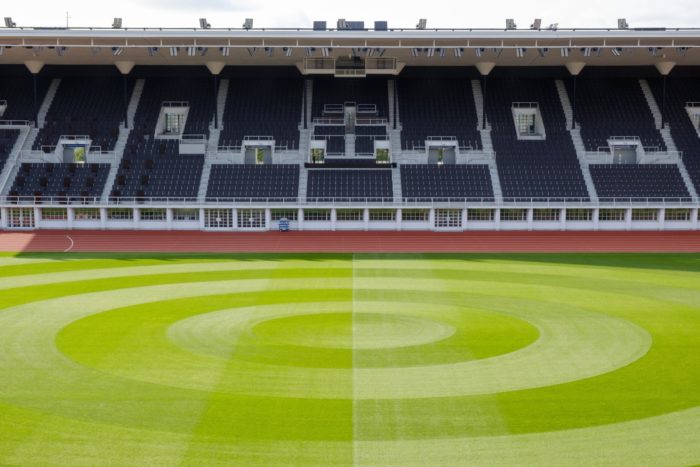 The profile of the main stand was preserved in accordance with Finnish Heritage Agency stipulations. Photo: Tim Bird 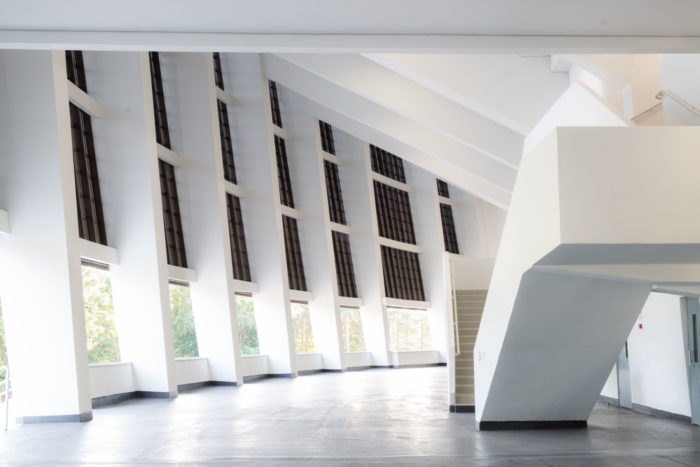 Clean white structures and stairways are intrinsic to the unique historic character of the stadium. Photo: Tim Bird 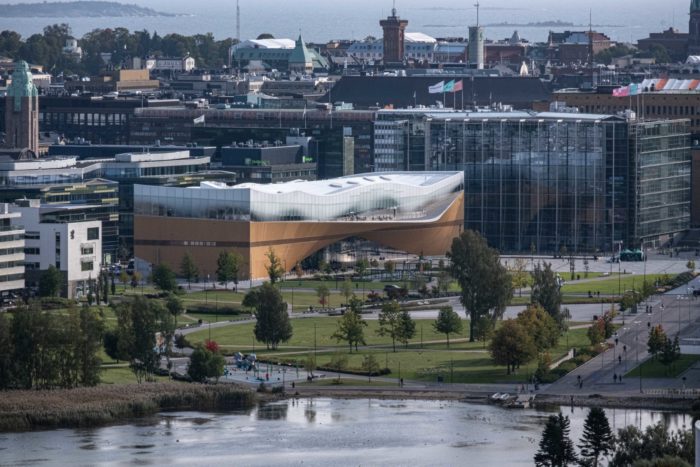 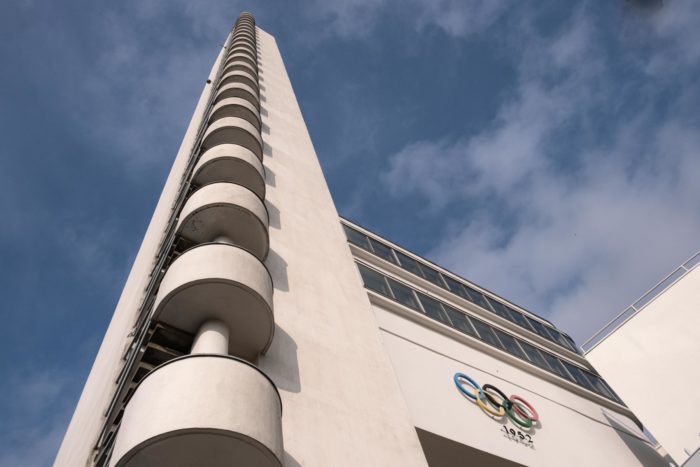 The Olympic Stadium tower bears the Olympic rings in reference to the Helsinki Olympics in 1952. Photo: Tim Bird