Finland’s unified basketball teams are no strangers to international success. The women’s team won their tournament in the Special Olympics in Abu Dhabi in 2019.

In Finland, a country where equality is highly valued, PuHu Juniorit became the first basketball club to start a team for people with intellectual disabilities, in 2005. A little boy had been watching his cousins’ games and was wondering why he could not play, too.

“And we started thinking why not?” says coach Pirjo Pellikka. “The activity was definitely sparked by a real need for this kind of team.”

They call it unified basketball, and Pellikka has become one of its proponents. In unified sports, athletes with disabilities exercise together with non-disabled partner players. According to the Finnish Sports Association of Persons with Disabilities, unified activities are offered in basketball, sailing, volleyball, bowling, floorball (indoor ball hockey) and horseback riding. 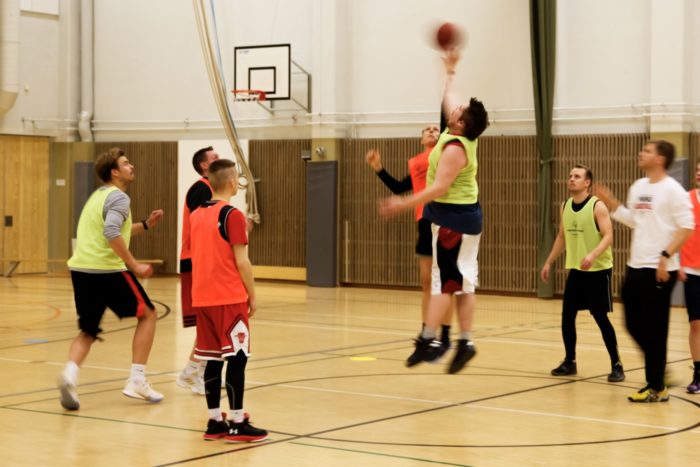 Today 15 different basketball clubs across Finland have unified teams, with a total of close to 400 participants. How does it work? For each team, three athletes and two partners are on the court at the same time. The partners cannot actively try to score, but are allowed to do so if a teammate sets them up with a great pass.

At a recent PuHu Juniorit unified team practice at the club’s home base in Vantaa, just north of Helsinki, players shared their thoughts on basketball, equality and what it means to be a part of a team.

“We don’t act as assistants on the court,” says Lotta Aaltonen, a partner player and team captain on PuHu Juniorit Red, a unified team. “We are equal members of the team, like anyone else.”

Aaltonen’s own basketball career spans almost three decades. She has played on various teams in Finland’s first division and represented her country on the national team.

As for unified basketball, Aaltonen says it was “love at first sight.” She feels that the team has an extremely positive and supportive atmosphere. “Unified brings people with different backgrounds together,” she says. “It has expanded my view of basketball, and of life.” 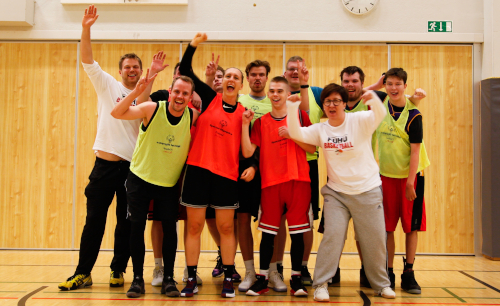 The practices are also an opportunity to have fun with friends, and team spirit is abundant.Photo: ThisisFINLAND

The other captain of the team, athlete Teemu Salmenaho, is also a veteran basketball player. With about 15 years of experience, he is highly committed to the sport and his team. He drives for almost an hour in each direction three times a week to attend practice.

“I think the best part of having basketball as a hobby is the good spirit and sense of humour that the team has,” says Salmenaho.

When asked about his favourite basketball memory, he does not have to think twice: “Special Olympics World Cup in Los Angeles, in 2015. We played in the second division and got fourth place.”

Finland’s unified teams are no strangers to international experiences and success. At the 2019 Special Olympics in Abu Dhabi, the women’s team won the tournament without losing a single game.

It’s not about winning, it’s about how you play the game 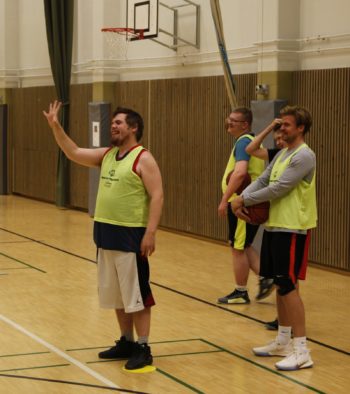 The main point in unified basketball is that everyone enjoys playing together. Photo: ThisisFINLAND

Although winning is always nice, fame and glory aren’t the deciding factors in unified sports. “Even though we take the games seriously, we don’t have a win-at-any-cost attitude,” says Aaltonen. “The main point is that everyone has fun and enjoys playing together.”

In addition to basketball, they go over skills such as how to be a part of a team and how an athlete should maintain good eating and sleeping habits. “I don’t mind brushing up on those skills myself every now and then,” Aaltonen says, and smiles.

Pellikka, who has had a long career working with people with disabilities, also sees the manifold value unified basketball brings to the athletes.

“Through my work I have seen that, unfortunately, not that many people with disabilities have true friendships,” says Pellikka. “It has been great to see our guys hanging out in their free time as well as at practice. The team’s mentality is that we really care for each other and want to support each other.”