An artist's conception of Helsinki after the completion of Oodi, (centre), constructed according to the winning entry by ALA Architects for the Helsinki Central Library Competition.

Image courtesy of ALA architects

A lot has happened in Finnish architecture since the days of Alvar Aalto, regarded as the most influential architect of modern Finland. The minimalistic and aesthetic lines distinctive in contemporary Finnish architecture are ubiquitous in the country’s public and residential buildings.

Finland has now unleashed an environmentally aware and more global architecture with outcomes that are getting international praise and prizes. A striking example of new Finnish architecture is the Helsinki Central Library, open as of December 5, 2018. The new library has received the name Oodi (Finnish for “ode”).

The kids behind the library

When the results of the architectural competition for the Helsinki Central Library were announced in June 2013, ALA Architects had already earned recognition as a leading Nordic architecture firm.

Their first international breakthrough came in 2005 when they won the first prize in the open competition for the Kilden Performing Arts Centre in Kristiansand, Norway. “When we entered the Kilden competition we were just a bunch of kids working together,” says Juho Grönholm, one of the ALA partners. Nowadays that bunch of kids is a bit older, but going strong. 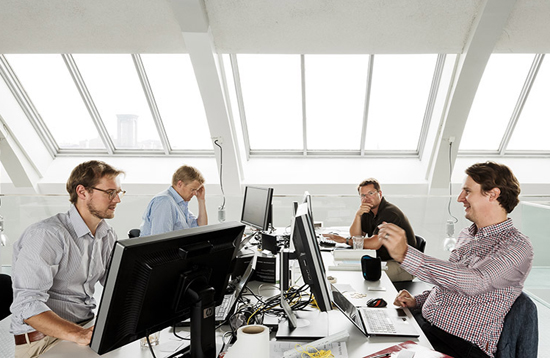 The central library is a pioneer project selected by the Finnish government in celebration of the centennial of Finland’s independence, in 2017. It has been predicted that it will be a role model for the next generation of libraries. “Good architecture makes us tick,” Grönholm explains. “It’s about creativity, individuality and leaving one’s comfort zone.”

The decision to build the library’s façade from Finnish spruce is part of a new trend: ecological, local and energy efficient materials are increasingly guiding the construction industry. The building will be extremely energy efficient. “Architecture is a reflection of a common will of an era,” Grönholm says. For the architects of ALA, it’s important to, “act globally but think locally.”

The new trend, the wood edge

From 1970s-era prefabricated buildings, to the steady modernist ideas of the 1990s generation of architects, we have arrived in an era of cutting-edge wood architecture of the new millennium. According to Juha Ilonen, architect and author of several books on Helsinki architecture, climate change is currently adding pressure in favour of wood construction and design.

“Wood is related to sustainability, but, especially for Finns, it’s also related to our national identity,” Ilonen says. “Wood was here before Nokia and Angry Birds, so it is an essential part of our identity,” he says, and smiles. 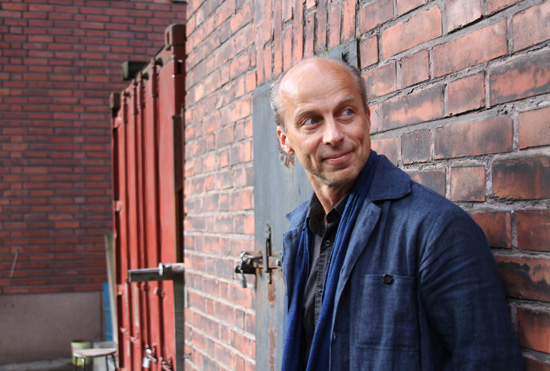 In Finland, the most densely forested country in Europe, timber products have a very bright future. “It will probably be used more and more in Finnish architecture.”

In concurrence with this trend, Aalto University based in the Helsinki metropolitan region, is offering a one-year programme on wood and wooden architecture. Finland’s first public building made of prefabricated solid wood panels was opened in 2013, the new Haltia Finnish Nature Centre designed by Lahdelma & Mahlamäki Architects.

The ethics of sustainable development, new safety regulations, and the strong tradition that Finns have in the use of wood in construction “have enabled its comeback in architecture,” explains Ilonen.

Ilonen talks about “the wow effect” people are currently looking for in architecture. According to him, the Helsinki Central Library has it. “The real wow effect will be experienced in its breathtaking interior,” he says, rather than its wooden surface and curved lines. Multiculturalism and globalisation play a vital role in welcoming diversity in architecture. “It’s now easier to accept more original or avant-garde buildings,” Ilonen says.

Sounds of silence resound in Helsinki

Helsinki’s wooden Chapel of Silence, designed to promote wellbeing, quietly attracts attention in the middle of the city.

Helsinki has been awaiting a real concert hall since composer Jean Sibelius put Finland on the map as a music nation.