Warm oatmeal in the morning forms an age-old Finnish tradition, and Finnish companies are at the forefront of finding new products that utilise oats’ nutritional benefits.

Waking up to a warm bowl of oatmeal forms an age-old tradition in Finland. We find out why oats are called a superfood, and how modern Finnish products offer new ways for people to benefit from oats’ nutritional properties to control weight and cholesterol.

Hannu Salovaara, a professor at the University of Helsinki and an expert member of the Finnish Oats Association, patented the yogurt-like oat product marketed as Yosa. “When compared to other cereals,” he says, “oats have a more balanced composition of amino acids, a slightly higher protein content and good quality fat or oil in it.”

That explains a rise in demand for oats, particularly in Europe and the US. Finland stands to gain from this popularity, as it is the second-largest exporter of oats in the world, sending about 350,000 tons abroad annually. 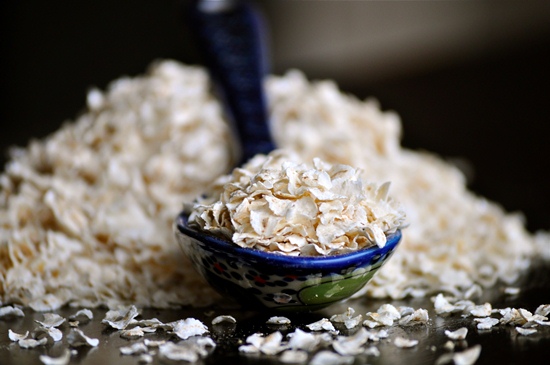 The factors that contribute to the excellent quality of Finnish oats include the country’s cool weather, clean soil and farming practices that include fewer pesticides and fertilisers. More than a million tons of oats are grown in Finland each year, accounting for 30 percent of all the grain grown there (others include wheat, barley and rye) and 13 percent of all the oats farmed in the EU. Finnish oats are large and pale, qualities that make them attractive to breakfast cereal companies.

Salovaara points out another advantage associated with oats: They can be successfully used in intercropping with other grains. “When oats are placed between wheat crops, it curbs the spread of diseases that are typical in wheat fields and ensures a good yield,” he explains.

Humans aren’t the only ones who like oats: The grain is used to increase nutrient and energy content in feed for pets and livestock. Out of the more than one million tons of oats produced in Finland each year, 65 percent goes to animal feed.

People eat a mere 5 percent of the total, making oats an undervalued food item in Finland despite awareness of its health benefits and a consistent rise in domestic consumption. Salovaara says it’s probably because “you cannot bake a voluminous loaf of bread from oats, as you can from wheat, and eating porridge is too old-fashioned now.” Another reason might be the lack of variety in oat products – that is until recently. 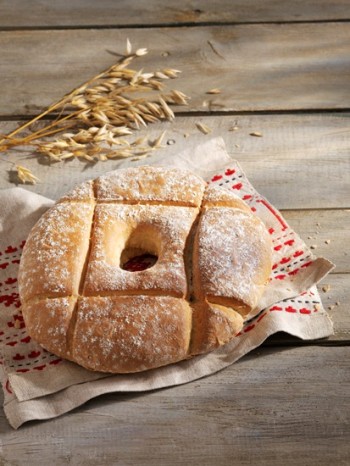 Finnish bakeries, including Fazer, offer many different sorts of oatbread, such as this one in a traditional-looking round format.Photo: Kristiina Hemminki/Fazer

Several companies are trying to cash in on oats’ healthy reputation with oat-based products that meet the needs of consumers. One such product is the oat-based weight control drink OATrim, which includes Finnish beta glucan oat fibre and glucomannan, another dietary fibre from the Asian konjac plant.

Among other health benefits, OATrim aims to provide a feeling of satiety, meaning that the consumer will feel full sooner and therefore eat more moderately. Bozorg Amiri, OATrim’s managing director, says, “Its key strength lies in its packaging, which displays the EFSA-approved weight-loss claim, thereby adding credibility and differentiating itself from the other ‘me-toos’ on the market.”

Standing out is crucial in a market with an ever-increasing variety of products such as oat drinks, oat smoothies, oat pudding, oat bread, oat snacks and oat crisps. Fazer, a Finnish manufacturer of bakery products and sweets, has recently launched an oat mill in Finland, intending to crank out premium quality oats for consumers within Finland and abroad.

Players are betting on the oat industry’s growth story, which means that consumers are finding themselves with a growing abundance of choice connected with this Finnish superfood.