Somali Finnish film director Khadar Ayderus Ahmed describes the tribulations and triumphs of creating a movie about a haunting idea that simply wouldn’t leave him alone. It’s the first entry from Somalia for Best International Film Feature at the Oscars.

In The Gravedigger’s Wife, Canadian Yasmin Warsame plays Nasra, who has a kidney ailment that requires an expensive operation.

Guled’s friend wants to tell him about his problem: Should he buy a goat or a cow? The dilemma is keeping him up at night and he needs advice. Guled shrugs. You call that a problem? Let me tell you about problems.

Guled says his wife is seriously ill and needs an expensive operation to survive, his young son does not respect him, his relatives hate him and, at the age of 45, he stalks Djibouti hospitals like a circling buzzard with a shovel over his shoulder, chasing dead bodies to earn what little money he can.

Out of such misery springs the poignant love story The Gravedigger’s Wife, written and directed by Somali Finnish filmmaker Khadar Ayderus Ahmed. After premiering during International Critics’ Week at the 2021 Cannes Film Festival, the movie proceeded to win an Amplify Voices Award at the Toronto International Film Festival. It received Africa’s most prestigious film prize, the Golden Stallion, at the Pan-African Film and Television Festival of Ouagadougou, and is the first entry from Somalia for Best International Film Feature at the Academy Awards.

Sharing a story with the world 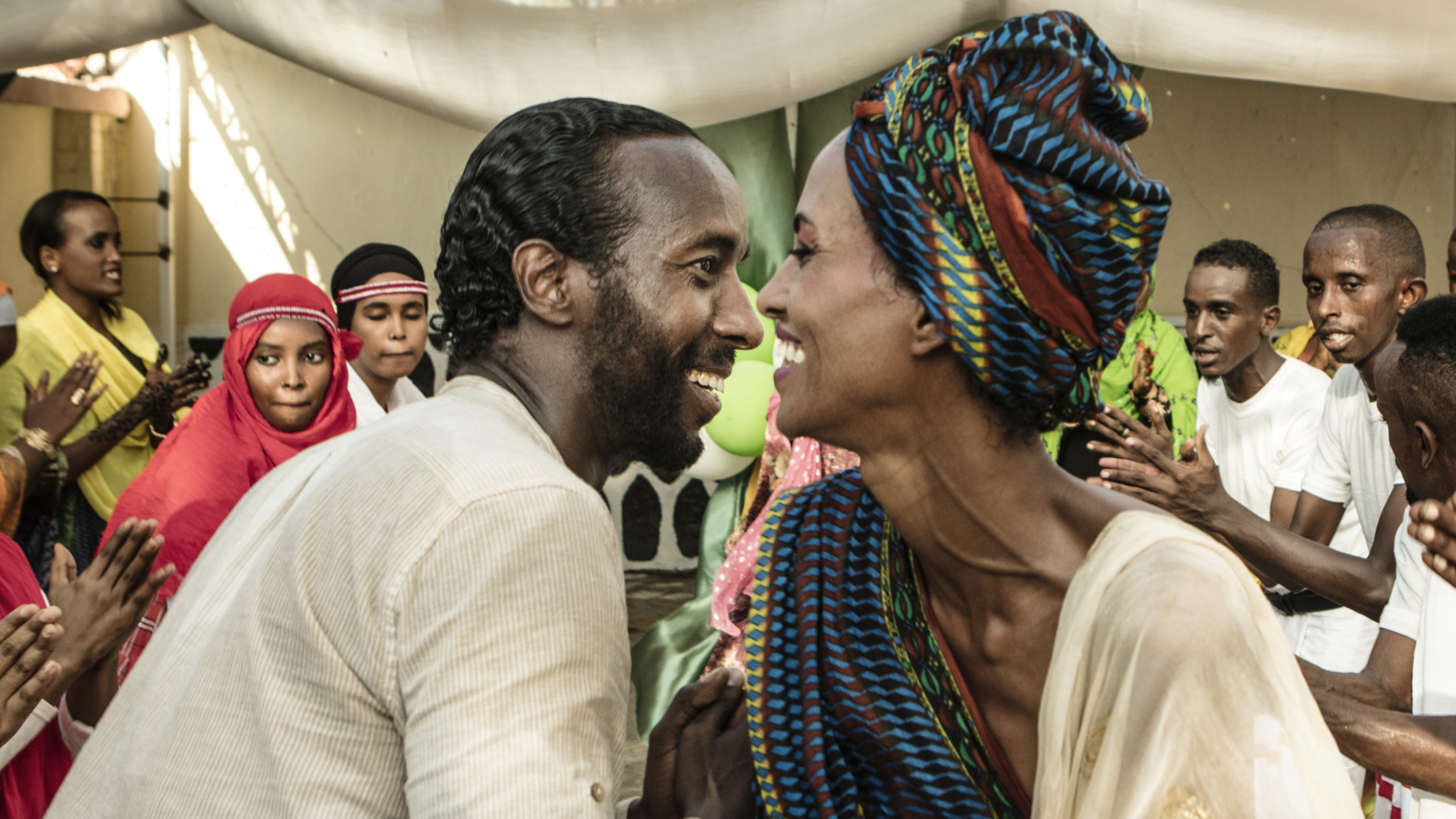 Guled (Omar Abdi, left) and Nasra are an affectionate couple with a sense of humour.Photo: Arttu Peltomaa/Bufo

Ahmed, who escaped the Somali Civil War as a child and came to Finland at age 16 with his family from Ethiopia as a refugee, developed Guled’s story from personal tragedy. Following the death of his infant nephew ten years ago, Ahmed says he could not get the image of ambulance-chasing gravediggers out of his head.

“It would not leave me alone until I sat down and wrote about his life,” says Ahmed. “I just had the image of a gravedigger, and nothing else. I had to build everything around that gravedigger. It was like he came to share his story with me and asked me to share that story with the rest of the world.” 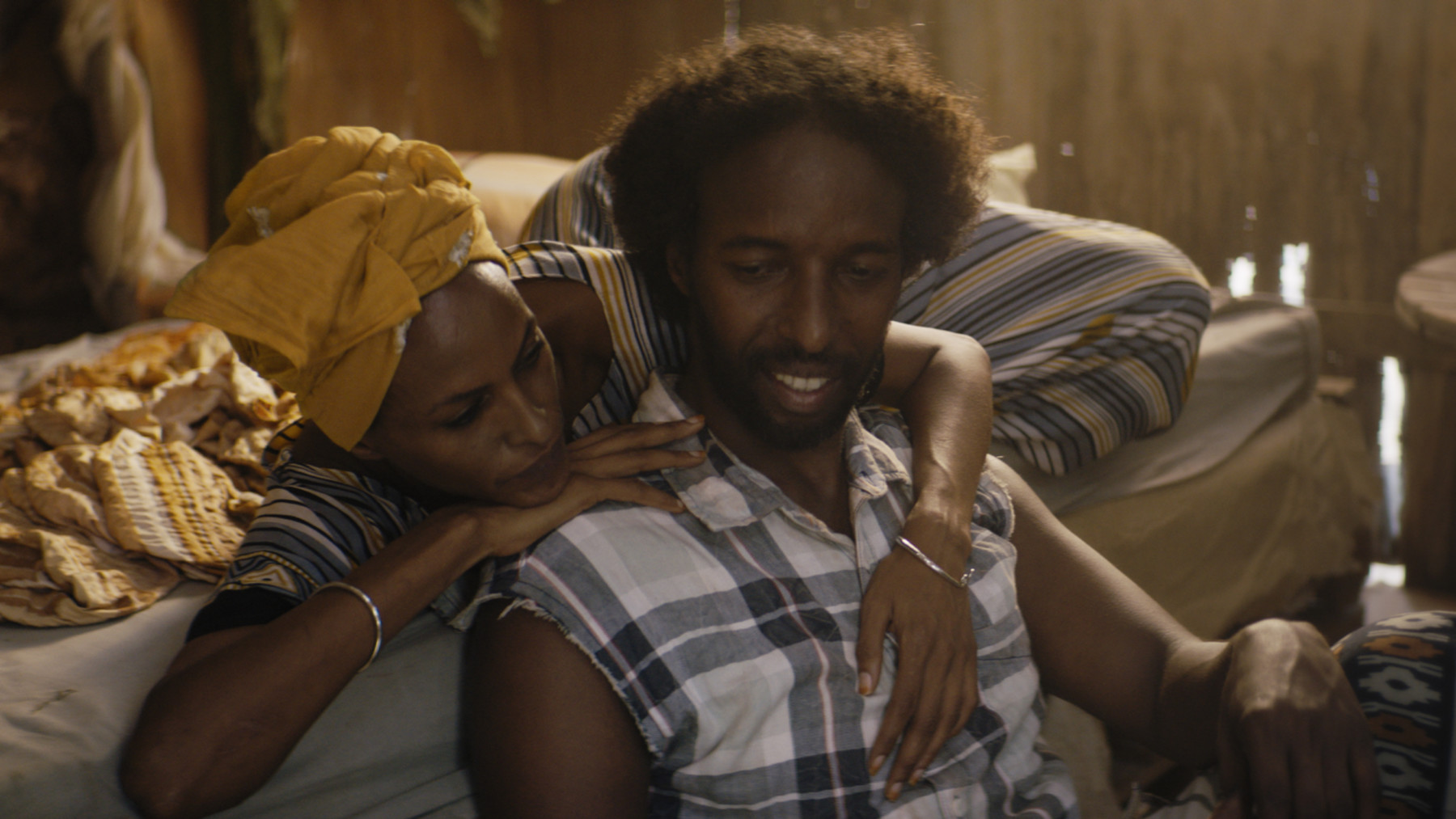 The narrative revolves around Guled (Omar Abdi) and Nasra (Yasmin Warsame), a loving, playful couple who crash weddings for fun. But Nasra has a kidney ailment that will kill her unless Guled can come up with 5,000 US dollars for the surgery. His dilemma takes him on an arduous journey by foot to the small village he left under alienating circumstances as a young man. 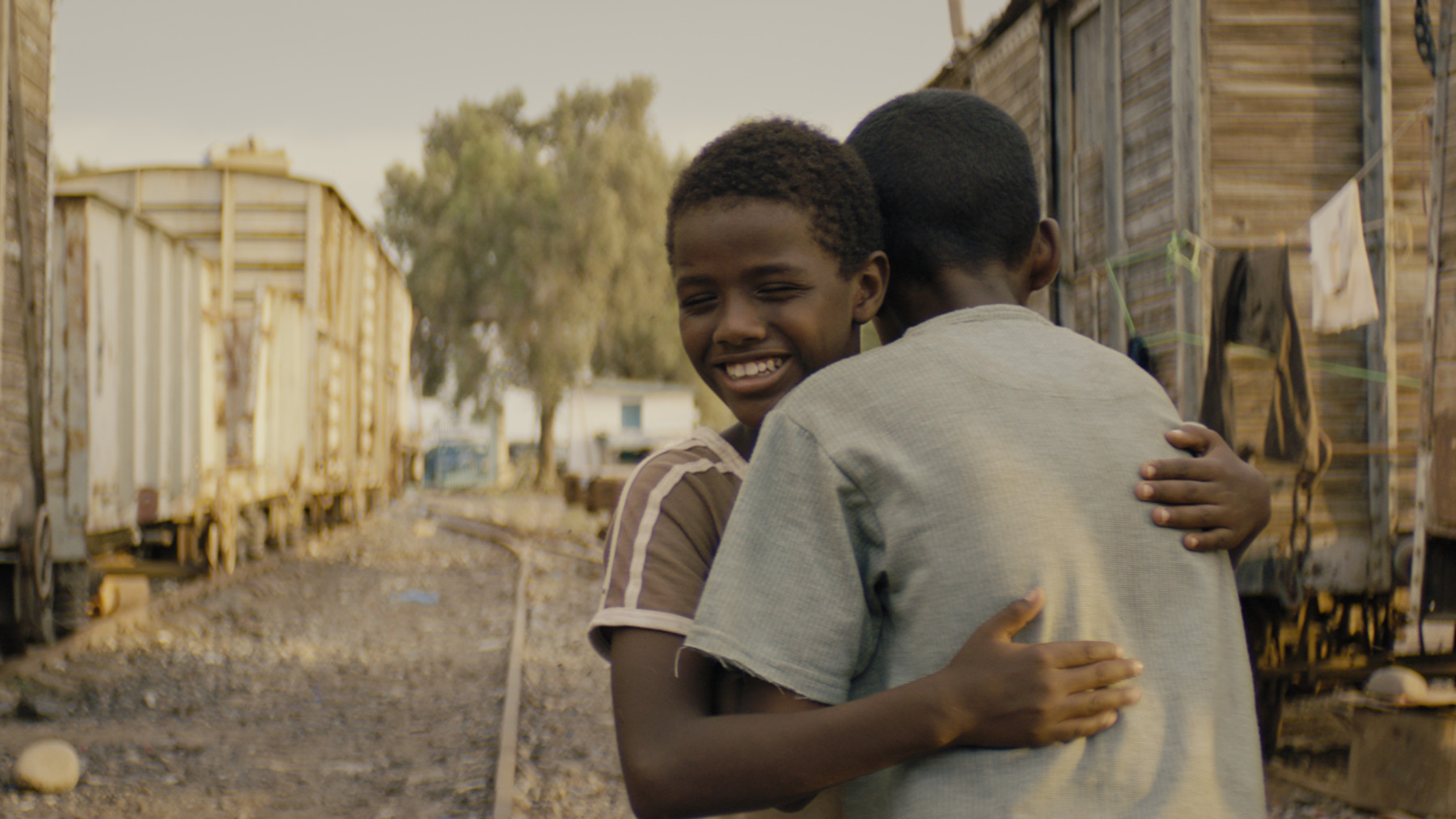 Ahmed, who now lives in Paris, grew up watching Bollywood and Hollywood productions. He aspired to the film industry and wanted to attend film school. “But I wasn’t privileged enough to go,” he says. “I decided I wasn’t going to let anyone define my future, what I can and cannot do.”

He taught himself the craft and made several short films in Helsinki, a path that led him to Gravedigger, his first feature film. Budget constraints only allowed for three weeks of shooting, which was plagued by intense African heat and an outbreak of diarrhea that afflicted the entire crew. They completed filming just before the introduction of Covid-19 restrictions, which postponed the movie’s debut at Cannes by a year.

None of the actors cast by Ahmed were professionals. Abdi is Ahmed’s longtime friend and Warsame is well known in Canada for her work as a model but had not worked in film. He found Kadar Abdoul-Aziz Ibrahim, the boy who plays the couple’s son, Mahad, two weeks before filming began and allowed him to adlib most of his lines.

The future of cinema in Finland

Watch the trailer for The Gravedigger’s Wife.

“The director needs to be confident enough to know exactly what they want and how to get that out of the cast, because you’re dealing with nonprofessional actors who have no experience,” Ahmed says. “I think I really succeeded in that, gathering people from the street and getting the best out of them in 21 days.”

Along with Finnish director Juho Kuosmanen’s Compartment No. 6, which shared the Grand Prix at Cannes and is also up for best foreign film at the 2022 Oscars, Ahmed is further raising the profile of the Finnish film industry. Not since Aki Kaurismäki – who has shot films in the US, France and England – have Finnish directors been so prominent on the international stage.

“It says a lot about the direction Finnish cinema is going,” says Ahmed, who is also in postproduction with Kuosmanen for a Finnish television show. “Now there’s a new generation that is taking the Finnish film scene to an international level. Juho’s film is in Russian and shot outside of Finland. My film is shot in Somalia and in Somalian. But they’re both Finnish productions. It tells that the future of cinema in Finland is going to be more international.”