Onni Tommila (left) plays alongside Samuel L. Jackson in “Big Game,” in which the President of the United States flees through the Finnish forest with help from a local boy.

How many people have an uncle who offers them the opportunity to act in a film alongside a Hollywood legend? Well, that small group now includes at least one Finn: 14-year-old Onni Tommila, whose mother’s brother, director Jalmari Helander, cast him for a prime role in Big Game (releases March 19, 2015 in Finland, May 8 in the UK and June 26 in the US).

Armed with a bow and arrows, Tommila’s character, Oskari, finds himself tasked with a rescue mission after Air Force One is attacked in the skies over Finland and the US President, played by Samuel L. Jackson, escapes to the forest below. Bad guys, double crosses, action scenes and catchphrases abound as the unlikely duo hightail it to safety.

Watch the trailer for “Big Game.”

Helander’s previous film, the award-winning Rare Exports, featured a raw, irreverent take on the institution of Santa Claus. Big Game’s warm sense of humour and adventuresome proceedings have attracted glowing reviews. Critics have praised Tommila’s performance, and the Guardian described the film as “a sparky romp that recalls the children’s action movies of the 1980s.”

Helander couldn’t agree more. “It’s like my childhood dream in a way, what happens in the movie and the kind of adventure that follows,” he says with a smile, before pointing out another significant influence from the same era: “I spent a lot of time in the forest shooting arrows after seeing the Rambo movies.”

Helander’s evergreen enthusiasm for creating cinematic moments continued to grow over the years, leaving no room for alternative career options. He had to become a filmmaker, no matter what. “I never actually had a Plan B,” he says. “I always had this one thing on my mind. Everything I have done is to achieve this.” 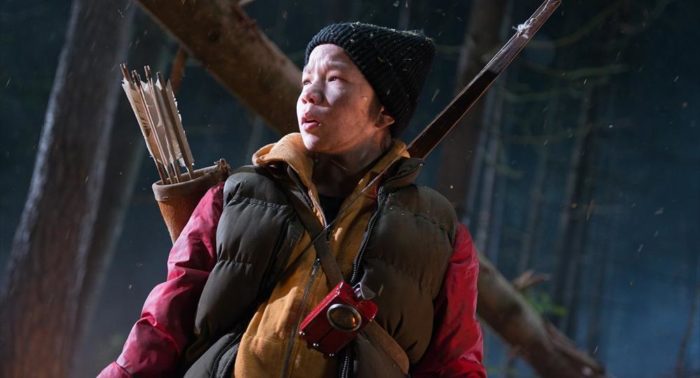 Oskari (Onni Tommila) comes to the rescue of the American commander-in-chief.Photo: Stephanie Kulbach

In person, Helander exhibits a quiet confidence. Maintaining constant eye contact as he talks, his manner is steady and focussed – much in the same way he has cultivated his passion for cinema into a successful career. His debut feature-length movie, Rare Exports, formed a significant milestone and was more than an overnight success.

Arriving on screens just in time for Christmas 2010, the horror-fantasy-thriller evolved from a duo of short films based around the same concept. Famed American critic Roger Ebert praised Helander’s alternative Santa Claus myth, proclaiming it as “a rather brilliant lump of coal for your stocking hung by the fireside with care.” Many others agreed.

The snowballing success of Rare Exports led to greater international exposure and let Helander achieve something rare in Finnish cinema: It attracted the interest of A-list Hollywood actors. 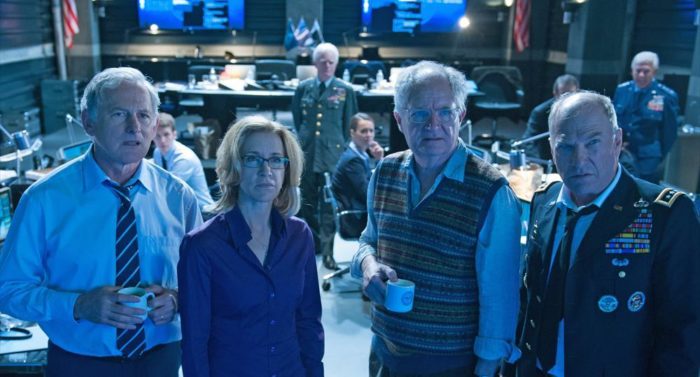 Meanwhile, back home in America, the officials played by Victor Garber, Felicity Huffman, Jim Broadbent and Ted Levine are dumbfounded by the disappearance of the President.Photo: Stephanie Kulbach

The 8.5-million-euro budget of Big Game is the largest in Finnish film history. In another victory for superlatives, it has also secured the widest distribution deal ever for a Finnish film in the US.

“It’s been a long road to get here, to be able to do Big Game, which is a totally different Finnish film than anyone has ever done,” Helander says. “There were a lot of people along the way saying that it isn’t possible, but here I am.”

So, having been given a seal of approval from Tinseltown, does the film represent a new era for Finnish cinema? “I hope so,” Helander says. “I think it’s really good for people to see that it’s also possible to do something that is not the usual way of doing things. It might open doors for other filmmakers from Finland to be able to create something different.”

When conversation switches to his own future plans, Helander’s eyes light up. He alludes to plans for writing “a bigger adventure,” but declines to elaborate further. Whatever adventure ends up on the silver screen next, Helander will have no shortage of cinematic inspiration to draw from in the meantime.