The hull of a ferryboat (left) hints at the location where we see members of the cast and crew filming The Wait. It takes place on an island in the southwestern Finnish archipelago.

Shot in 2020 and premiering in 2021, the movie transports its timeless themes – love and the search for happiness and passion – to contemporary times. Actor Inka Kallén and director Aku Louhimies cowrote the script; Kallén also stars in the film. At the time of writing, the exact release date has not been confirmed. 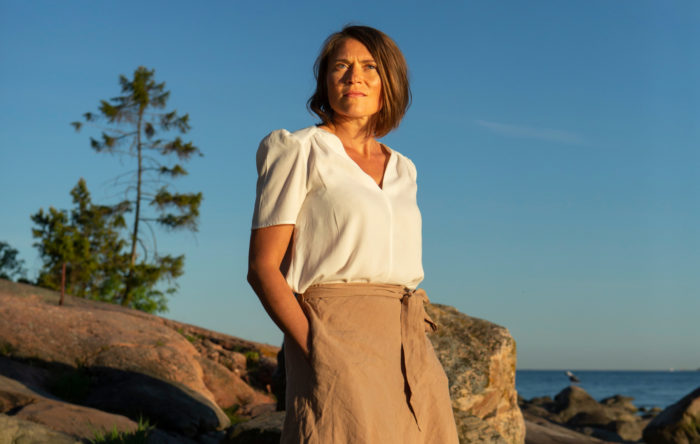 Inka Kallén cowrote the script for The Wait and stars in the movie.Photo: Laura Malmivaara

The Wait happens in southwestern Finland’s idyllic, secluded archipelago. Filming took place in late summer 2020 on a historical island called Seili in Finnish and Själö in Swedish, which is also an official language in Finland.

The island was the site of a leper hospital in the 17th and 18th centuries, and later an asylum for the mentally ill. The former asylum building now uses solar energy for power, and houses the Archipelago Research Institute of the University of Turku’s Centre for Environmental Research.

The production plan for The Wait took Finland’s Covid-19 measures and restrictions into account. Coincidentally, the film’s storyline includes a pandemic, and the characters support an environmentally friendly way of life.

“In a way, it was easy to be safe on an isolated island, so the location was perfect,” says Kaarina Gould, who coproduced the film with Louhimies and Andrei Alén. “The whole crew was also very committed and motivated about carbon-neutral choices.” 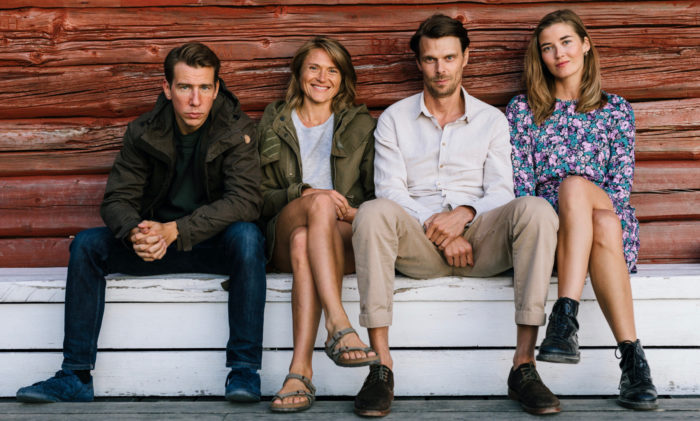 The carbon footprint of the film was calculated based on the numerous products, services and activities necessary to make it, including transportation, food and electricity. To monitor and report their carbon footprints, all crewmembers read Ekosetti, a sustainable-production guidebook funded by Aalto University together with Audiovisual Producers Finland (APFI) and the Promotion Centre for Audiovisual Culture.

“It was fun and interesting because it brought the team together,” says Gould. “Once you work with offsetting your emissions, there’s no way back.”

The production team used a local partner that catered vegetarian food. They documented all food data and minimised waste. The Wait’s wardrobe staff worked with Helsinki second-hand shop Relove, a pioneer in the circular fashion economy.

“Our values were perfectly aligned with this project, so it was easy and fun,” says Iines Alavuo, marketing manager at Relove. “There is truly something special when people choose purpose over profit – the magic just happens!”

The film’s producers arranged for the purchase of carbon offsets through a Finnish organisation that specialises in such efforts. They calculated the total based on how much food, transport and other goods and services the whole filmmaking process consumed. The offsets cost a grand total of less than 700 euros. 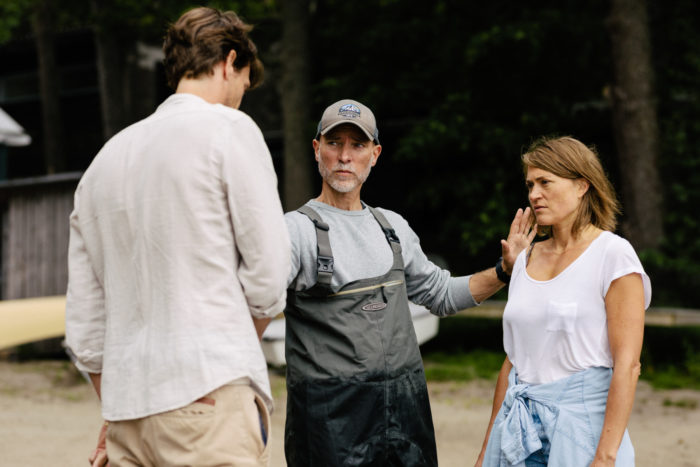 The Nordic countries have long sought to lead by example in international climate policy, including green innovations in homes, businesses and government. Finland has declared that it will become carbon neutral by 2035, and aims to go carbon negative soon after that. Denmark, Iceland, Norway and Sweden are all committed to becoming carbon neutral over the next two to three decades.

Perhaps we won’t have to wait so long until all films produced in Finland have a target of zero net carbon emissions. Investing in carbon reduction projects, such as reforestation or wind farms, is a logical next step for the global film industry. “We hope that in the future offsetting emissions won’t be news, but the standard,” says Gould.

How to speak Finnish, according to the new Blade Runner
Arts & cultureFilm

How to speak Finnish, according to the new Blade Runner

Finland is, um, honoured that the Finnish language appears in “Blade Runner 2049.”