In “Little Yellow Boots: A Story for the Future,” a North Carolina neighbourhood is pictured with streets, lawns and fire hydrants below the waterline.

What can one person do? Why doesn’t everyone feel like I do? What can we do now for the future? British Finnish director John Webster asked himself these questions while planning and filming the documentary Little Yellow Boots: A Story for the Future. An unusual climate change movie, it makes a wide range of viewpoints readily accessible by placing interviews alongside a story Webster tells about his own family.

“Sometimes there’s a film subject and there’s this inner need to make it,” said Webster to a DocPoint Festival audience in Helsinki. Planning for Little Yellow Boots began in 2010 and the editing process concluded a few days before the American presidential election in November 2016. That event’s repercussions, such as the US decision to withdraw from the Paris Agreement on climate change, have only made the film even more topical.

Recognising that climate change is essentially connected with loss, Webster includes details in the film of how, at the age of 12, he lost his father to a stroke. He talks to his mother and his wife. He also invents Dorit, his own hypothetical great-granddaughter, born in 2063.

He intersperses his own story and his messages to Dorit with appearances by environmentalists, coal miners, researchers, scientists and others. By showing something as universal as a family, and by placing several generations of his own relatives in the movie, Webster encourages audiences to empathise with all the different people in the film and to be receptive to its discussion of climate change.

Watch the trailer for “Little Yellow Boots: A Story for the Future.”

The boots of the title belong to Dorit, and they reappear throughout the movie in shots where a new water level is superimposed on present-day footage: a North Carolina neighbourhood with streets, lawns and fire hydrants below the waterline, or a half-submerged car parked under a highway overpass in New York City.

“What will your world look like the year you are born, about half a century from now?” Webster’s narrating voice asks his great-granddaughter. “When I was born there were three billion people. You will share this planet with nine billion. Your world will also be warmer than mine by about two degrees. It doesn’t sound like much, but it is significant on this watery planet.”

From there, he sets out to see what the world will look like in the future, to find out who will be affected by climate change and to observe how people are reacting in the 2010s. He covers a lot of ground, from the Arctic islands of Svalbard to the Marshall Islands in the Pacific.

He attends a UN Climate Summit in New York. He takes a train across the US with a group of activists, and also crosses Russia by rail to talk to coal miners in Siberia, engaging passengers in conversation as he goes. 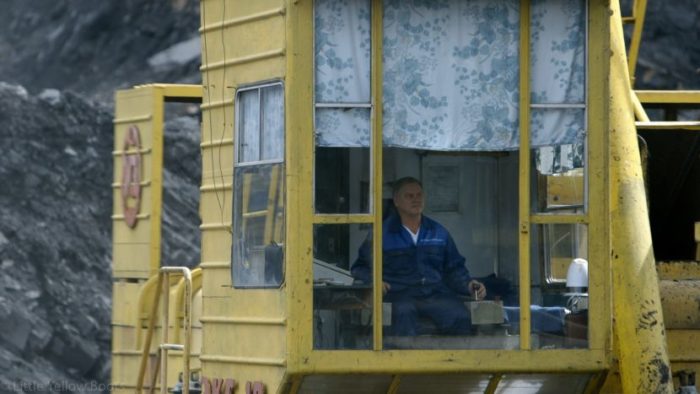 “Nature itself is telling us to use [coal],” says miner Alexander Chunaryov in the Kuznetsk Basin region of Siberia.Photo: Tuomo Hutri

“Siberia does feel endless,” says Webster during an interview at his office in Helsinki. It’s in a building built in 1904, just a couple blocks from the shoreline. “When I took the train,” he says, “day after day, all these trees, and I’m like, what am I worrying about? It’s easy to lose the horizon, to feel that the world goes on forever. But it’s not like that.”

While making Little Yellow Boots, Webster says he found himself asking (and here he switches to an exaggerated voice, like a comedian imitating an actor in a Shakespeare play), “Why? Why don’t they see it like I do?”

Some of the people we meet in his film do seem unworried by the damage being inflicted on the environment. This influenced his approach. “I thought it was healthier to turn the question the other way around,” he says. In other words, why doesn’t he feel like those other people?

This mind-set leaves him open to a wide variety of viewpoints. “Nature itself is telling us to use [coal],” miner Alexander Chunaryov tells him in Siberia, implying that, otherwise, there wouldn’t be so much coal within relatively easy reach.

Another miner, Alexander Klimov, says, “We’re building something more important than clean air: society. And the next generation will find a way to clean the air.”

Some of the coal from the region helps power Webster’s own city in Finland, he notes in a voiceover as we see an aerial view of a train, a river and an open-pit coal mine, each of them cutting a path through the landscape. On board the train, he tells a man called Mikhail, “I’m making this film for my great-granddaughter in the future, because I’m worried that her world will be worse than mine and there is something I could do about it and I’m not doing it.”

Mikhail, who is a great-grandfather himself, replies, “I think you are overestimating yourself in this respect.”

One person out of many 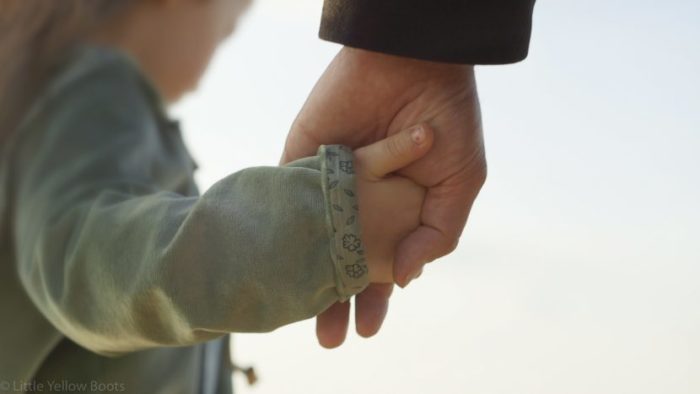 Is there anything one person can do? Many of the people Webster meets are trying. He covers the UN Climate Summit of 2014 in New York during a speech by poet Kathy Jetñil-Kijiner, who comes from the Marshall Islands, a Pacific nation severely endangered by sea level rise. She recites a powerful poem in the General Assembly, moving the dignitaries to a standing ovation.

In an interview, she tells Webster, “What am I going to do, tell [my baby daughter], Give up?…You want to believe that things will get better.” Her poem includes the line, “We deserve to do more than just survive.”

On the train across the US, Webster talks with African American activist and grandfather Carl Anthony about not giving up. By “allowing despair to enter into your psyche,” Anthony says, “you end up hurting the people that you love the most” – your family. He’s here, he explains, because his ancestors didn’t despair during generations of slavery. “They found within themselves whatever it took to maintain the hope.”

Webster is careful to tell me that he’s not comparing his own setbacks with those of African Americans. However, Anthony’s philosophy still fits the subject. “Throughout the film, different people talk about family, the next generation, what you pass on,” says Webster. “You cannot necessarily see now where things will go.”

He wants Little Yellow Boots to inspire discussion. The even-handed film presents the challenges of climate change, drawing viewers into the conversation without concealing the sobering facts.

“If you are watching,” he says to Dorit in his voiceover, “the one thing I would most want to tell you is that I thought about you, Dorit, and the world you will live in.” Spoiler alert: Webster isn’t giving up. Before the closing credits, he tells her, “I am hopeful for you and your future.”

Refusing to give up is a step in the right direction.