Boxing and romance: Olli Mäki (played by Jarkko Lahti) kisses Raija (Oona Airola) in “The Happiest Day in the Life of Olli Mäki.”

How has the true story of featherweight boxer Olli Mäki, a distinctively Finnish tale, connected with cinema-goers across the globe?

The events in The Happiest Day in the Life of Olli Mäki unfold in Helsinki in the spring of 1962. The film follows the amateur fighter (played by Jarkko Lahti) as his highly ambitious manager Elis Ask (Eero Milonoff) puts him through a grueling training regime in the lead-up to a fight against the American pro Davey Moore (John Bosco Jr).

The venue is booked, the tickets have been sold and the door to the big time is ajar – not just for Mäki himself, but for Finland as a nation. The question is, can he give this fight everything he’s got? Or is he more focused on a future with his fiancée Raija (Oona Airola)?

Kuosmanen uses black and white cinematography, a subtle injection of humour and just a touch of nostalgia to tell a colourful story about love, ambition and the desire to live life to the fullest. Despite its links with the past, the film succeeds in drawing our attention to our contemporary obsession with success.

Watch the trailer for “The Happiest Day in the Life of Olli Mäki.”

In many ways a markedly Finnish film, The Happiest Day in the Life of Olli Mäki still seems to have universal appeal. According to director Juho Kuosmanen, who has travelled the world this year as his film plays at various festivals, audiences everywhere are responding to it in exactly the same way: The most noticeable reaction is laughter.

“You often hear people mention how we represent a small language community, and they say humour is something that is deeply connected with the national culture, but I don’t share that view,” says Kuosmanen. He believes that a wide range of movie-goers can identify with the film’s values. “As long as you are not using any overtly specific cultural references, situational humour and emotion can cut across any boundary.”

“The film industry as a whole is fairly heavily focused on success, and I have a feeling that many of my fellow filmmakers see their own professional circumstances reflected in Olli Mäki’s story,” he says.

“Just the other day, someone I met in Germany told me that it was like watching his own life’s story on the screen, and a French woman in her nineties put it concisely when she said, ‘That’s exactly how we were.’ It just goes to show you that it’s easy to share in universal emotions such as love, fear and joy.” 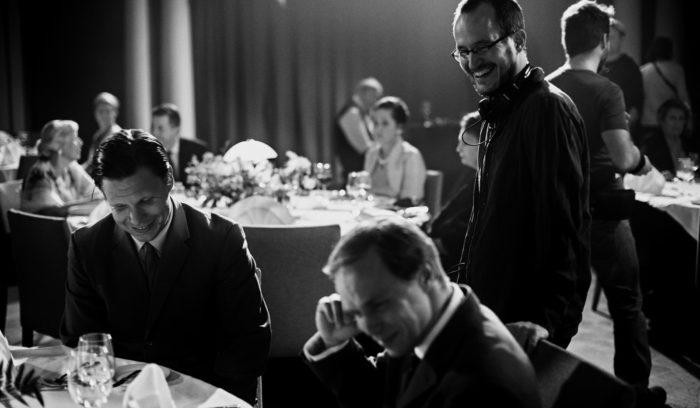 A smiling Finnish man: Director Juho Kuosmanen (standing) laughs with cast members during a break on the set of “The Happiest Day in the Life of Olli Mäki.”Photo: Kuokkasen Kuvaamo/Aamu Film Company

The 1960s can be seen as a pivotal moment for society in many ways.

“What came up in our conversations when we were writing the script was the film’s portrayal of women, and a number of commentators have also picked up on that point since it was released,” says Kuosmanen. “An American told me that it would have been impossible for women in the 1960s to be as modern as they are in the movie.

“I don’t always feel a huge sense of pride about Finland, but at that moment I was tremendously proud to be able to say yes, absolutely, Finnish women really were like that.”

The film features strong women, but Kuosmanen concentrates even more on masculinity and what it means to be a man. This focus is also apparent in the decision to launch the film with different titles at home and abroad. The Finnish name is Hymyilevä mies (The Smiling Man).

“When I’m travelling abroad, I often have to explain to people why we turned a two-word Finnish title into a long phrase in other languages,” says Kuosmanen. “From a Finnish perspective, a smiling man is considered a rarity, if not an aberration.”

“This notion [that a smiling man is a rarity] is further highlighted by the fact that Olli Mäki never really matched all the expectations that were heaped on him,” says the director. “Compared with the traditional image of a boxer, he was far too cheerful and good-natured.”

Against the background of many other Finnish films, Kuosmanen’s portrayal of Mäki is a breath of fresh air. It breaks away from the cliché-ridden representation of Finnish men as melancholy, lacking self-confidence and out of touch with their own feelings. 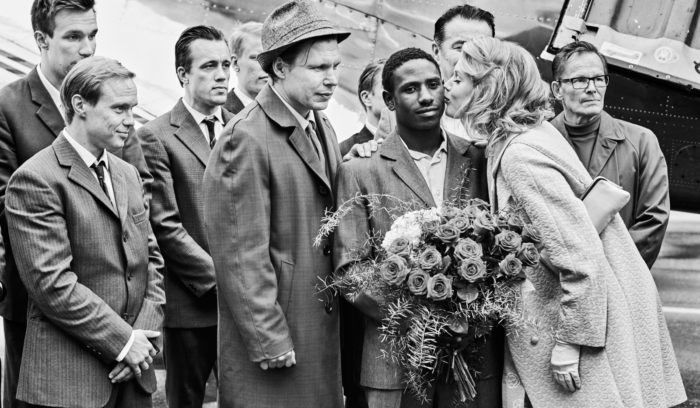 A key part of the movie portrays the making of a documentary film about Olli Mäki, shot on the eve of his big match in Helsinki in 1962.

Kuosmanen shows Mäki’s manager Elis Ask (played by Eero Milonoff) shaping and arranging reality in a manner that wouldn’t be out of place in today’s social media. The characters pretend that Olli lives in a beautiful, photogenic villa. He shadowboxes for the camera and poses for photos with a model so tall that he has to stand on a footstool to match her height.

The real Ask also worked hard to generate a buzz around the boxing match. The time was ripe for that sort of thing; television was playing an ever greater role in people’s lives, and advertisers were starting to make their moves on the sporting world.

“Ask had visited the US during his own boxing career,” says Kuosmanen, “and he wanted to import the concept of boxing as a big show to Finland, despite the fact that the public didn’t really have the mindset for it at the time.”

The competition must go on 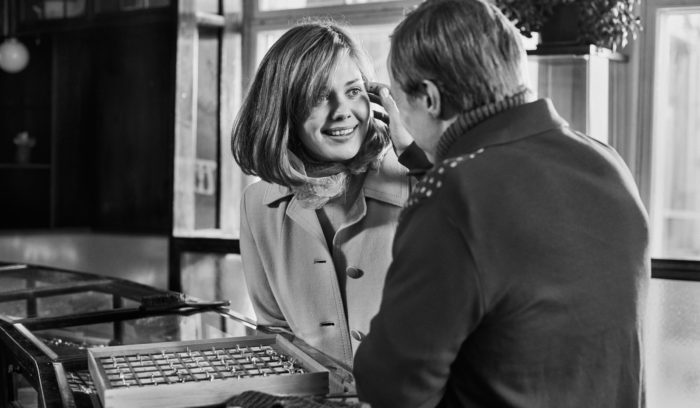 Although Juho Kuosmanen’s film has been greeted with great success, one of its themes is that winning isn’t the only way to find happiness.Photo: Kuokkasen Kuvaamo/Aamu Film Company

Kuosmanen had an intense film festival season in 2016, and it took a while yet before he gets to enjoy some well-earned rest. He was championing his movie in the fight for a Best Foreign Language Film nomination ahead of the Oscars in February 2017, but in the end it was not one of the chosen ones.

How did he feel about entering the fray with a film that claims winning isn’t the only way to find happiness?

“It is a little amusing I guess, but I don’t really mind, as it wasn’t something we focused on while working on the film. It’s different if you set out to achieve that sort of goal despite the fact that everyone knows that it’s best to stay true to your own vision.” He believes that the film has been so successful because it doesn’t come across as calculating.

“But you can’t ignore the fact that our film would have been just about impossible to sell if it hadn’t got off to a flying start in Cannes,” says Kuosmanen. “On paper, we had nothing going for us – a Finnish director making his feature debut with a black and white movie about boxing. I suspect a lot of people looked at us and saw only a long row of minus signs.”

And he smiles the smile of a man whose first film is punching well above its weight – in all categories.