In recent years, more books by Finnish authors have been released worldwide than ever before.

We consulted with librarians and literature societies to compile a list of noteworthy present-day writers from Finland. Some of their careers already span many decades, whereas others have established themselves more recently with bestselling debuts.

For each writer, we mention at least one book. To narrow down the list of authors, we limit ourselves to books published since the mid-2000s and already available in English; many of them appear in multiple other languages, as well. With one exception, the originals are all in Finnish or Swedish, both of which are official languages in Finland. 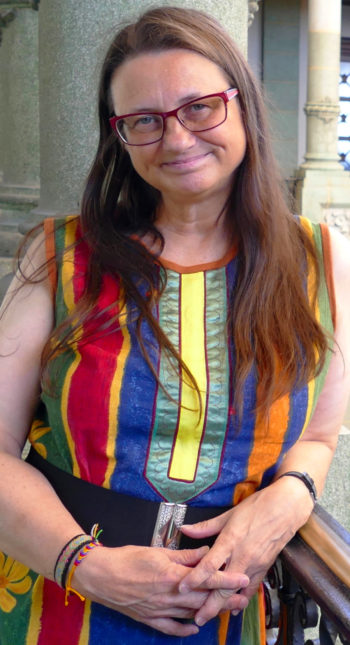 Inger-Mari Aikio is a writer and translator who writes in Northern Sámi, one of the languages of the indigenous Sámi people, whose homeland stretches across northern Finland, Sweden and Norway and a corner of Russia. (Three Sámi languages are spoken in northern Finland, and have the status of official languages there.)

Aikio’s writing explores her views of genuine Sámi identity and tackles themes of cultural otherness and gender. Her bilingual poetry anthology, published in Northern Sámi and Finnish as Beaivváš čuohká gaba / Aurinko Juo Kermaa in 2014, contains the languages side by side in a collection of nature-inspired verses similar to haikus. To allow readers to experience a similar interplay between two languages, it was translated into German and English (Sahne für die Sonne / Cream for the Sun, 2018).

An accompanying album, created together with musician Miro Mantere, is available on Spotify. Aikio reads a selection of poems in Northern Sámi and Mantere sings in Finnish, backed by instrumental music and sounds from nature. 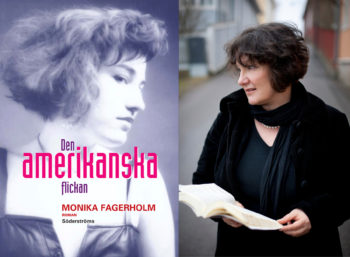 Monika Fagerholm is an award-winning Swedish-speaking Finnish author. Her third novel, The American Girl (2010; Swedish: Den amerikanska flickan, 2004), tells the story of a girl from Coney Island who disappears when she arrives in Helsinki in the 1970s. The crime mystery, which is also a sensitive meditation on female friendship, won Sweden’s August Prize in 2005. It’s the first in a two-part series, followed by The Glitter Scene (2011; Swedish: Glitterscenen, 2009). 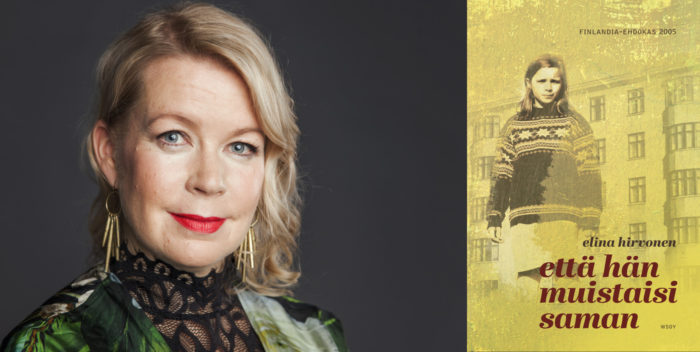 Journalist, author and documentary filmmaker Elina Hirvonen’s debut novel When I Forgot (2009; Finnish: Että hän muistaisi saman, 2005) tells the story of a journalist reflecting on her life and her brother’s life during the time following the September 11 attacks. A tremendously thoughtful book, it unpacks the process one woman experiences when she decides to explore her own memories. Since then Hirvonen has continued to publish novels while also filming documentaries. 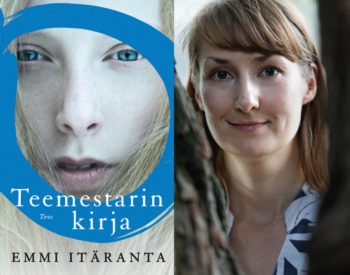 Emmi Itäranta finished her first novel, Memory of Water (2015; Finnish: Teemestarin kirja, 2012), while she was studying for an MA in creative writing at the University of Kent, England. Itäranta started writing the novel in English, translating it into Finnish along the way. She finished writing the book in Finnish and English simultaneously. Memory of Water is a coming-of-age story set in a future world that is running out of fresh water. Reviewers have compared Itäranta to Margaret Atwood, and Memory of Water won her the Kalevi Jäntti Literary Prize for young authors in 2013 and the Young Aleksis Kivi Prize in 2012. 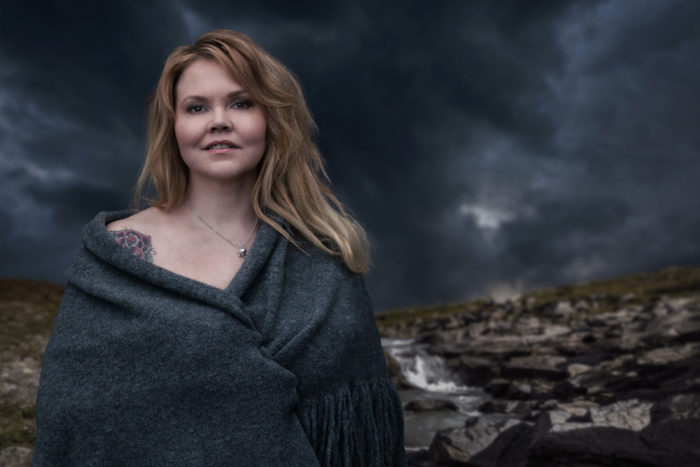 Katja Kettu is a columnist, an animated-film director and the author of The Midwife (2016; Finnish: Kätilö, 2011). Inspired by the real life stories of her grandparents, Kettu’s historical novel tells the wild love story of a midwife working in remote Lapland and a German officer during the Second World War.

Visual artist, illustrator and author Rosa Liksom won the prestigious Finlandia Prize in 2011 with Compartment No. 6 (2014; Finnish: Hytti nro 6, 2011). Liksom’s writing often focuses on the differences between urban life and reclusiveness. Compartment No. 6 is an ode to the dying Soviet Union. It relates the story of a young girl who boards a train heading eastwards to escape a failed affair in Moscow. 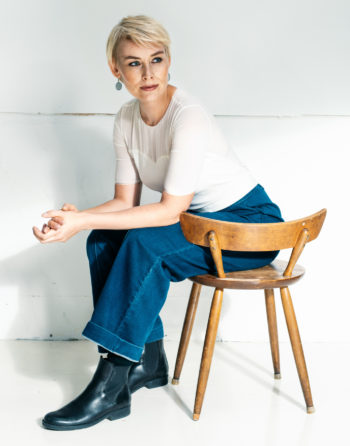 Laura Lindstedt’s second novel Oneiron (2018; Finnish: Oneiron, 2015) won the 2015 Finlandia Prize. In the book, Lindstedt experiments with combining different genres of writing, including poetry and essays, to explore the concept of life after death. She tells the story of seven women who meet as strangers in a space where time does not exist. Together, they piece together their lives in an attempt to ascertain the events that led to their deaths. The complicated story took Lindstedt eight years to finish and has received praise from reviewers all over the world. 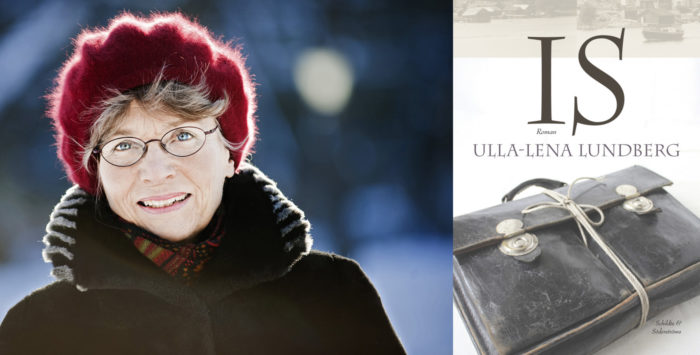 At the age of 15, Ulla-Lena Lundberg published her first poetry anthology. Since then, the Swedish-speaking Finn has written fiction about places she has lived. She was born in Kökar, in Finland’s Åland Islands, an autonomous archipelago located between Finland and Sweden. Other settings include Botswana, Zambia, Kenya, Tanzania and Siberia. Her novel Ice (2016; Swedish: Is, 2012) won the 2012 Finlandia Prize. Set in the Åland Islands after the Second World War, Ice tells the story of a pastor who falls in love with remote island life. The Finnish National Opera adapted it for the stage; it premiered in January 2019. 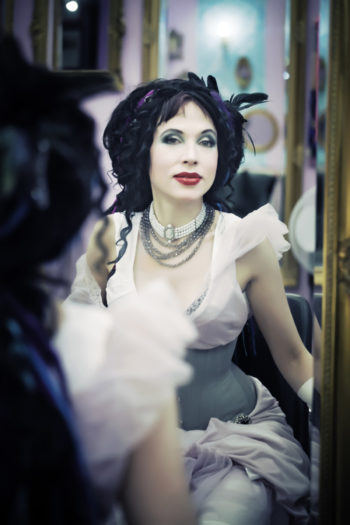 Born in Finland to a Finnish father and an Estonian mother, Sofi Oksanen is a cultural commentator who has written extensively about women’s rights, freedom of speech and immigration. With translations into more than 40 languages, Oksanen is Finland’s best-selling living author. Her best-known novel, Purge (2011; Finnish: Puhdistus, 2008), chronicles the lives of women from one Estonian family between the 1930s and the 1990s. Norma (2017; Finnish: Norma, 2015) tells the story of a mother fighting to preserve her daughter’s supernatural secret. 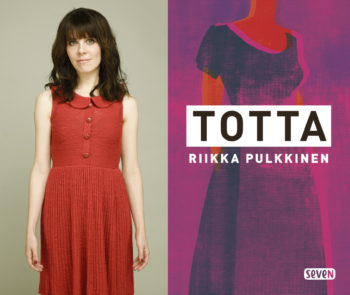 Riikka Pulkkinen is a former athlete with novels translated into around 20 languages. Her second novel, True (2012; Finnish: Totta, 2010), tells the story of three generations of women, the oldest of whom has been diagnosed with terminal cancer. An elegantly written story, it’s filled with sharp observations about families, gender and death. 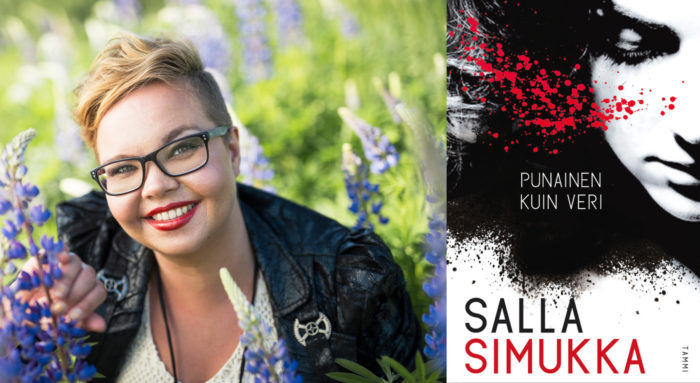 Translator, literary critic and author Salla Simukka is best known for a young-adult thriller trilogy including As Red as Blood (2014; Finnish: Punainen kuin veri, 2013), As White as Snow (2015; Finnish: Valkea kuin lumi, 2013) and As Black as Ebony (2015; Finnish: Musta kuin eebenpuu, 2014). The books follow the life of a teenager who escapes from her home in the central-western Finnish city of Tampere after someone entangled in the international drug trade begins stalking her. Simukka’s writing style has inspired comparisons to Jo Nesbø and Stieg Larsson. 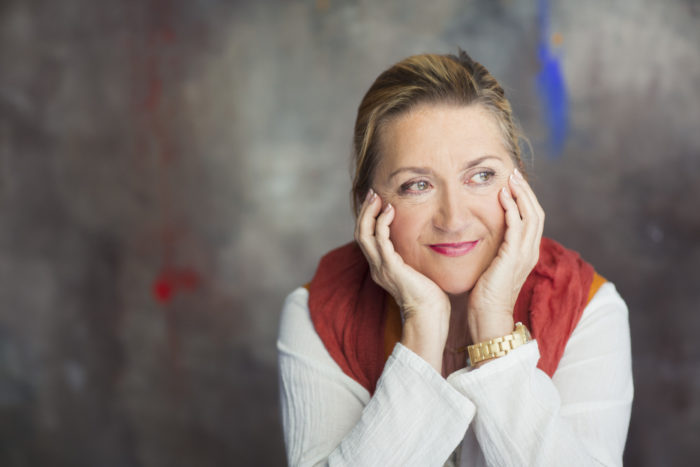 Anja Snellman is a columnist and television host whose career as an author spans three decades and 24 novels. Her work has been translated into 20 languages. Pet Shop Girls (2013; Finnish: Lemmikkikaupan tytöt, 2007) is the first of Snellman’s books to be translated into English. The story of a missing teenager, the suspense novel is especially perceptive on the topic of mother-daughter relationships. 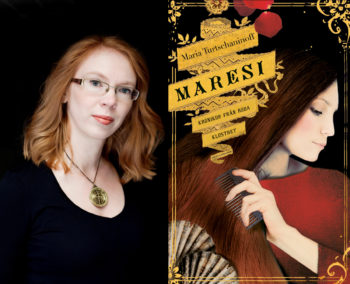 Maria Turtschaninoff writes fantasy novels such as the series called The Red Abbey Chronicles, which includes Maresi (2016; Swedish: Maresi, 2014) and Naondel (2017; Swedish: Naondel, 2016). Set in an isolated abbey populated only by women, the books combine feminism with mythology. Turtschaninoff won the Finlandia Junior Prize for young-adult and children’s literature with Maresi in 2014. At the time of writing, UK-based Film4 is adapting that book into a film.

With thanks to the Saami Council; the Society of Swedish Literature in Finland; the Finnish Literature Exchange; and Libraries.fi’s Ask a Librarian service, for their recommendations.