The Finnish word “sisu” is untranslatable, but that doesn’t stop people from trying: determination, guts, hardiness, courage and willpower are some of the terms people use in English.

One of the first things any article about sisu will tell you is that this Finnish word is untranslatable. Authors have been trying to find a parallel in English since at least January of 1940, when the opening paragraph of a full-spread piece in the New York Times ventured, “It is not easily translated, because no other language has its precise equivalent.” The headline read, “Sisu: A word that explains Finland.”

So how do you write about a country when its description rests upon an untranslatable word? It’s amazingly complicated, and yet also deceptively simple: Writers resort to explaining what sisu means, and in the process they reveal the inner workings of the people and society of Finland – what you might even call the soul of the country. This is what happens when Joanna Nylund takes on the subject in her book Sisu: The Finnish Art of Courage (2018, UK: Gaia; USA: Running Press). [Full disclosure: Nylund has also written and photographed for this website.]

Etymologically, “sisu” comes from a Finnish root word that implies “inner” or “inside.” This is one reason it is sometimes translated as “guts” or “inner strength.” Finland is a bilingual country; Nylund grew up in Raseborg, a southern town where both Finnish and Swedish are well represented, and she speaks both. (In the far north, the languages of the indigenous Sámi people also have official status.) Regardless of language, however, everyone living in Finland can lay claim to sisu. In addition, people all over the world are showing interest in the concept, as well. Just a few pages into the book, Nylund encourages readers, telling us, “You have sisu,” and, “It is within the reach of everyone. It lies within you.” 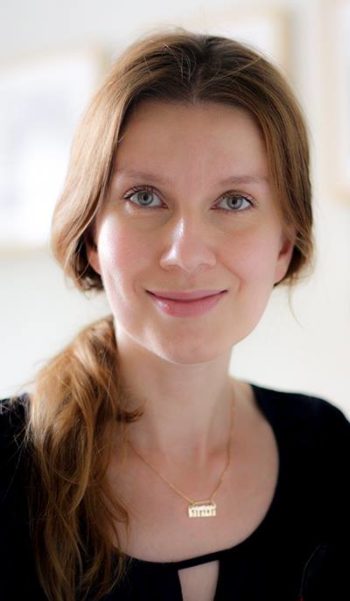 She wrote the manuscript in English. At the time of this article’s publication, the book also appears in or is slated for release in Dutch, French, Hungarian, Korean, Portuguese, Russian and Vietnamese, not to mention Finnish. The book’s seven chapters allow Nylund to regard sisu, its manifestations and its applications from multiple angles.

The introduction informs us that, linguistically speaking, the concept of sisu goes back 500 years or more. It can refer to “stoic determination, hardiness, courage, bravery, willpower, tenacity and resilience.” It’s “an action-oriented mindset.” You don’t brag about having sisu; you just “let your actions do the talking.”

From there, the book branches out – and the definition of sisu further expands, or is further explained – to show how sisu can be applied as what amounts to an all-purpose philosophy of life. It comes into play when you tackle challenges such as fighting a war in the cold of winter, which is exactly what Finland was doing when the Times published its article, but it can also help you confront more common obstacles. It contributes to physical and mental wellbeing and helps you communicate with your partner, family members and colleagues. You can raise your kids to have sisu. You can use it as the basis for leading an active, healthy life, you can leverage it to progress toward your goals, and it might even help you find happiness.

In the process of illuminating sisu, Nylund also winds up with a well-ordered, engaging cultural guide to Finland. Much of the Finnish way of life and way of thinking either contributes to or is fed by the concept of sisu. If you’d like to emulate the Finnish love of nature, study the famous Finnish education system, admire the Finnish ability to make the most of extreme weather conditions (and have fun while you’re at it), or find Finnish inspiration for dealing with a large or small life crisis – or if you’re just Finn-curious – sisu plays a role.

The book includes, at regular intervals, tips for how to incorporate a sisu-like attitude into your own life: “Top tips to help you recharge: 1. Truly disconnect, 2. Embrace the silence, 3. Schedule alone time.” Or how about: “Top tips for getting back to nature: 1. Think low-key, 2. Think know-how, 3. Think preparation.” There are even recipes that embody sisu by including foraged ingredients, from blueberry pie to a vodka cocktail with blackberry, basil and lemon. 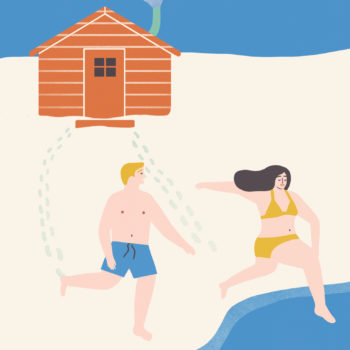 Finnish people have been known to think that swimming in icy water is fun and healthy. It does help if there’s a sauna nearby so you can warm up afterwards.Illustration: Naomi Wilkinson

Did Nylund ever fear she might be extending the definition of sisu too far? If so, the fear was unfounded. “It does cover every part of life,” she says. “That’s what I discovered when I was thinking and writing.” She came to the conclusion that sisu “genuinely underpins a lot of things, and in that sense it wasn’t too much of a stretch to find it in different aspects of life.”

If you’re interested in Finland, you’re going to run across sisu. “The thought that carries everything [throughout the book] was that we show our sisu by our actions, and that’s why it’s necessary to talk to Finns and describe how we live in order for people to get a grasp of what sisu looks like.”

In Sisu: The Finnish Art of Courage, Nylund includes interviews with Finns who personify the idea, such as Arctic and Antarctic explorer Patrick Degerman and social activist and sisu researcher Emilia Lahti. Nor does the author forget to mention other examples of sisu, among them Nobel Peace Prize laureate Martti Ahtisaari, known for his work in resolving international conflicts, and long-distance runner Paavo Nurmi, who set records and won Olympic medals in the 1920s.

Anyone who writes a book like this, with its compact but all-encompassing look at Finnish culture, is bound to become an unofficial ambassador for the country. Nylund is fine with this. She fell into the role, she says, “unwittingly, but not unwillingly.”

Emilia Lahti is a Finnish sisu researcher and a social activist. She is currently training for 50 marathons to raise awareness about interpersonal violence and overcoming it with sisu.