Western Finland is a region with numerous potato farms. Try the potato pancake recipe in this article.

It’s unusual to see a recipe that calls for a wooden plank and pegs.

Those are some of the things you need for loimu, the Finnish word for “blaze,” which refers to cooking a fish slowly next to a fire, not in or over the flames. It creates a unique taste and texture. The technique is in use all over Finland, but we’re placing the recipe here, by the long Baltic Sea coastline.

There’s also a recipe for gravlax, a type of cured salmon that is popular all over the Nordic countries. Our version uses sea buckthorn berries, not lemon slices, to provide a flourish of sourness.

The western Finnish region of Ostrobothnia is well known as potato country, and potato pancakes are a delicacy that goes with the territory. Tasty setsuuri bread, a loaf that derives its name from the Swedish words söt (sweet) and sur (sour), is slightly sweet and a tiny bit sour – try it and you’ll see what we mean.

[This is part of a series of recipe articles that show off dishes from the north, south, east and west of Finland – although many of them are now common all over the country – not to mention an extra piece about cake, bread and buns. We’ll add links to the other articles as they are published.]

By ThisisFINLAND staff, May 2022
Recipes and descriptions supplied by Timo Lepistö 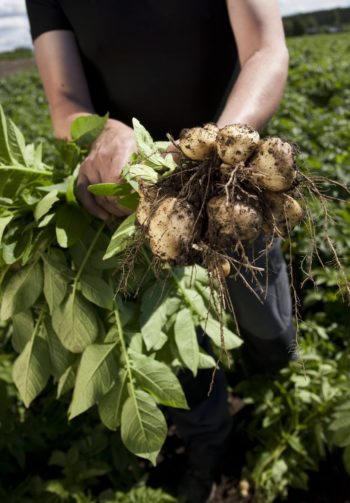 A farmer in western Finland has just pulled up a potato plant. Well, you didn’t really think that potatoes grew in a grocery store, did you?Photo: Roni Lehti/Lehtikuva

These delicious potato pancakes come from the western coast of Finland and are counterparts to eastern Finnish blinis (see our list of recipes from eastern Finland).

Peel the potatoes and cut each into four pieces. Boil or steam them, drain the water away and mash them. Add hot milk and butter and whisk vigorously until very smooth.

In a bowl add the milk to the warm mashed potatoes and whisk. Add the eggs one by one, add the spices and whisk until smooth. Adjust thickness with all-purpose flour until it resembles thick pancake batter and mix until fully blended.

Place a pancake pan or a blini pan over medium-high heat and heat the pan thoroughly. Add a thin layer of butter or cooking oil at the bottom of the pan and pour the batter, about 1/2 dl for each pancake. Cook for about one minute or until surface is set, then turn. Add a bit of clarified butter or oil and cook for one minute. Serve with a dollop of salmon roe and créme fraiche with chives. 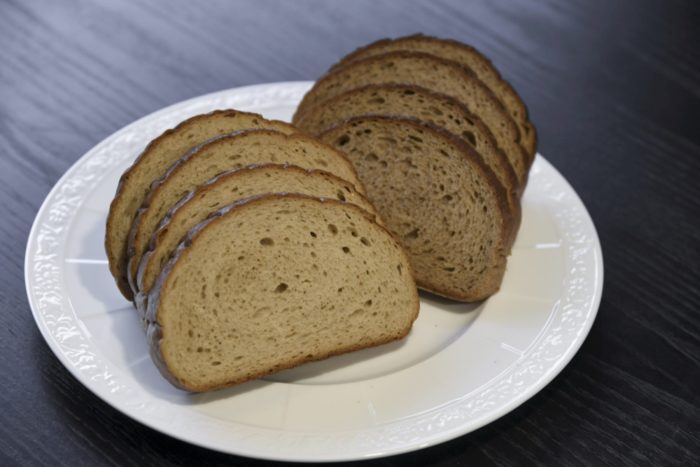 It looks much like any other bread, but setsuuri has a uniquely delicious taste.Photo: Markku Ulander/Lehtikuva

This recipe comes from the southwestern coastal city of Turku and derives its unusual taste from the seasonings. Its name reflects the Swedish words söt (sweet) and sur (sour). (Finnish and Swedish are both official languages in Finland, and many Swedish-speaking Finns live along the west and south coasts of the country.)

Around holidays, it is customary to add a few handfuls of raisins or other dried fruit to the dough, along with some dried bitter-orange peel.

Dissolve the yeast in warm buttermilk along with 250 grams of the syrup, and add the spices. Add the both kinds of flour and blend. Work the dough with a hook attachment for 15 minutes in a stand mixer, or by hand for around 20 minutes, until the dough is smooth and shiny. Cover the bowl and let it rise for 45 minutes.

Divide the dough into two pieces and shape into loaves on a flour-dusted counter. Cover again and leave to rise for another 45 minutes or until doubled in size.

Mix the remaining syrup with 1 dl of water to make a wash for brushing the loaves during baking.

Preheat the oven to 175 degrees Celsius.

Bake the loaves in the oven for one hour. After around 20 minutes, brush the loaves with the syrup wash. Brush them every 15 minutes, and one last time after you take the loaves out of the oven. Let cool completely before serving. 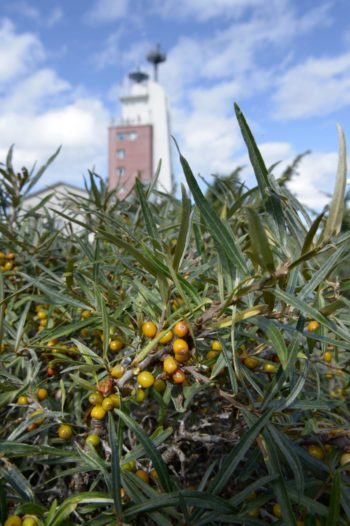 On an island near the west-coast town of Rauma, sea buckthorn berries turn orange as they ripen on shrubs with pointy leaves and thorns. In the background is Kylmäpihlaja Lighthouse, now a restaurant and hotel.Photo: Martti Kainulainen/Lehtikuva

Salmon prepared as gravlax (this Swedish term is also used in English) or graavilohi (in Finnish) is a staple in Nordic celebrations and one of the region’s best-known delicacies. You can also use other suitable fish, such as whitefish. This version from the southwestern Finnish archipelago uses sea buckthorn berries, so there is no need for lemon wedges.

Cut the salmon fillet into two equal pieces. Mix salt, sugar and pepper. Pat the fillets dry, spread the spice mix on top and put the fillets into a clean plastic bag. Put the bag onto a tray and set a plate or two on top as a weight. Cure for 24 hours in the fridge, wash the salt and sugar mix off and place the fillets into the bag again. Pour the sea buckthorn juice into the bag, seal and cure for another 24 hours. Cut the fish into thin slices and add fresh dill and few sea buckthorn berries. 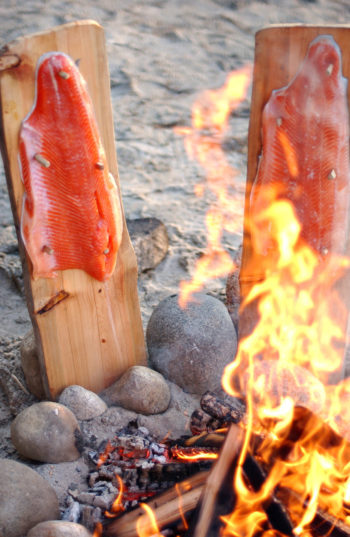 To “blaze” a fish, you attach a filet to a board using wooden pegs and place it just close enough to the fire. (This picture shows salmon, not whitefish.)Photo: Visit Finland

Loimu, a Finnish word for “blaze” or “flame,” designates a technique for cooking a fillet of fatty fish, rather than a recipe for a plated course. Cooking a fish slowly next to a campfire (or in a fireplace – see note below) creates a unique taste and texture, and contributes to the atmosphere. You need to prepare a few things ahead of time, but otherwise this is a relatively easy process. The recipe calls for whitefish, but people also cook salmon this way.

Drill holes into the plank about 15 centimetres apart, for the pegs that will hold the fish fillet. Remember to add a hole for the tail in the middle of the other end. Season the fish and attach the fillet firmly into the plank using wooden pegs. Don’t use regular nails, because the fish around the nails would cook too quickly.

Estimate the right distance from the fire by using your hand – you should be able to keep your hand in the heat for a moment. Place the plank vertically, tail-side up, at a slight angle, so that the thicker side of the fillet is closer to fire. This way the fillet will cook evenly. Wait until it is cooked but not overdone. Enjoy with archipelago bread (from our list of Finnish baked-goods recipes (coming soon)) and akvavit (distilled spirits, usually flavoured with caraway).

Note: It is possible to cook loimu fish in an indoor fireplace, depending on the size of the fireplace. You have to clear a space for it, usually leaning the plank against one side and making the fire on the other side. You also need to ensure that any smoke from the fish will go up the chimney, and that you have a way to remove the plank from the fireplace when the fish is ready. If in doubt, stick to outdoor venues.