It’s not easy for a Finn living in the US to explain that her national poet’s birthday is celebrated with a jam-topped, muffin-like pastry. Our New York correspondent and her friends take to the kitchen to re-create a taste of culture.

Whenever I mention Finland to Americans, the conversation tends to turn to our famously dark winters. The bright, breezy summers of my childhood must have been wonderful, my friends say, but how did I manage the winter months in Helsinki?

Finns pay a lot of attention to winter sports, the comforting glow of candles and even therapeutic lamps, but to me, our seasonal pastries offer the greatest degree of psychological warmth. While ice cream stands and sun-ripened berries mark Finnish summers, our winters are punctuated by holidays that each include a sweet, culturally distinctive pastry.

In December we twist dough into Christmas stars (joulutorttu) with plum jam in the middle, around Shrovetide we fill sweet buns with almond paste and whipped cream (laskiaispulla), and we feast on funnel cakes (tippaleipä) to celebrate May Day. On the birthday of our national poet Johan Ludvig Runeberg (1804–1877), February 5, we serve small crumb cakes topped with raspberry jam.

Despite its celebratory context, the Runeberg cake was in fact born as an exercise in frugality. Money was often tight in the Runeberg household, and faced with the added challenge of J.L.’s picky eating habits, his wife Fredrika (1807–1879) took creative license with her recipes. As the poet demanded, she flavoured his daily breakfast cakes with punch and topped them with homegrown fruit, but incorporated crumbs from leftover bread and cakes into the dough itself. 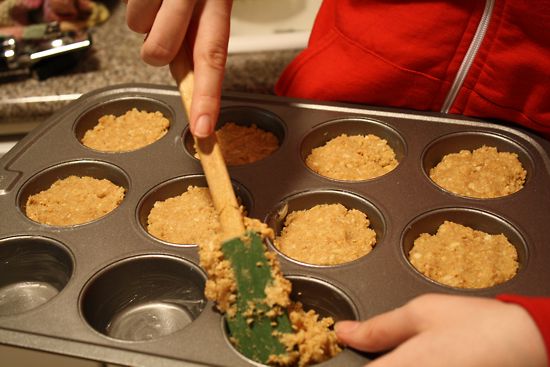 An American muffin mould does the trick, though it’s not as deep as a real Finnish Runeberg cake form. Photo: Laura Palotie

To this day, the recipe allows for flexibility, from the variety of alcohol to the kinds of crumbs used, and invites a casual baker to experiment – even if he or she lives on the other side of the globe. I thus decided to use this year’s Runeberg Day as an opportunity to introduce my friends to Finland’s legacy of holiday pastries.

I picked up eggs, wheat flour, sugar, butter, cream, almonds, cardamom and raspberry jam from my local grocery store, and opted for crushed butter cookies as my crumb of choice. I used all-American muffin moulds to give shape to the cakes.

The concept of smashing crumbs to make a fresh pastry encountered approving nods from my three friends who had joined me for an afternoon of baking, but it was the use of cardamom that triggered the strongest reactions. “This is like something you’d find at an Indian restaurant,” one of my guests commented as he helped me mix a spoonful of cardamom into the dough. 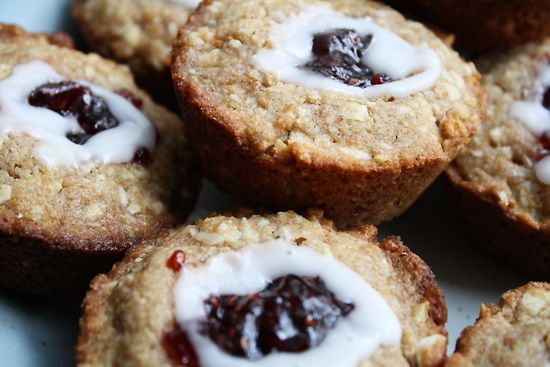 Ready to eat: This stack of American-made Runeberg cakes is fresh out of the oven. Photo: Laura Palotie

“It tastes like an almond cookie, except it’s more cakey,” one guest noted. Another suggested that I vary the recipe, perhaps by substituting cinnamon for cardamom or replacing plain cookie crumbs with crushed chocolate chip cookies.

As we poured cups of tea and discussed the origin of Runeberg Day, we were hard-pressed to find a similar tradition in the US. Not much time is devoted to celebrating American poets, especially outside of the classroom, and short of pumpkin pie on Thanksgiving, few holidays are associated with a traditional pastry. It’s even more difficult to find a popular pastry named after a historical figure.

In Fredrika Runeberg’s fashion, I’ve tried starting off each morning with a homemade pastry, and I’ve been thankful that I’m not asked to share them with a grouchy poet-husband. And, as during my childhood in Finland, their mixture of crunchy almond bits, dry crumbs and tangy raspberry reminds me of early February, the coldest time of the year, when the frosty sunlight shines just a bit brighter than the month before.

[There are many variations on the Runeberg cake recipe. One of the tastiest can be found on Desserts for Breakfast.]

The work of Finland’s national poet, J.L. Runeberg, is often compared to that of the great European romantic poets. Nonetheless, many also know him because of a cake invented by his wife and later named after him.