Reporters put questions to party leaders, including Prime Minister Sanna Marin (middle) in the lead-up to elections in January 2022 at a livestreamed event on the website of the tabloid Ilta-Sanomat.

Studies show that people in Finland trust their news media, which is some of the freest in the world. There’s a long history behind this achievement, and it takes vigilance and effort to maintain press freedom.

“Free and independent media is uncontrolled by an external power, such as a government, corporation or advertiser,” says Mervi Pantti, professor in media and communication studies at the University of Helsinki. “They can critically analyse those in power, tell the truth and function as a watchdog.” 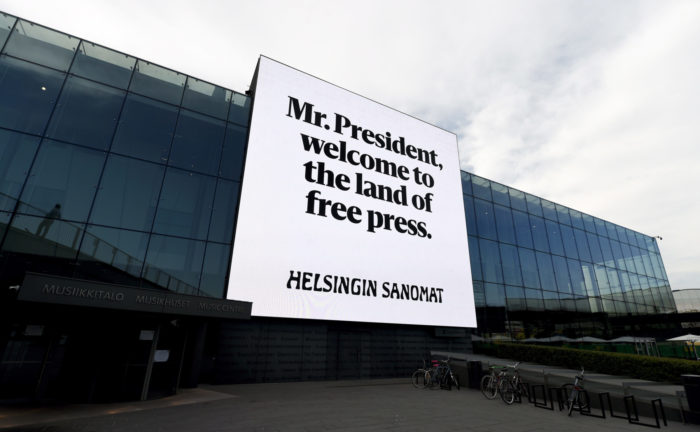 When the presidents of USA and Russia met in Helsinki in 2018, Finland’s largest daily, Helsingin Sanomat, ran prominent ads in English and Russian with the message, “Mr. President, welcome to the land of free press.”Photo: Aleksi Tuomola/Lehtikuva

“Finland is one of the few countries where the media is truly free,” says the Finland fact file that accompanies the 2022 results.

Such scores reflect and reinforce a strong trust in the media in Finland. A 2021 study by the University of Oxford and the Reuters Institute found that 65 percent of Finns trusted their news media, more than any other nation. 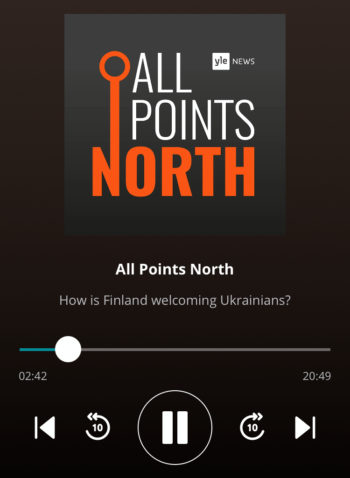 A large and varied assortment of media outlets serves readers, listeners and viewers in Finland. It’s important to note that even the taxpayer-funded public broadcaster, Yle, is politically, financially and editorially independent.

“Finns have a lot of media to choose from,” says Salla Nazarenko, international affairs specialist at the Union of Journalists in Finland. “We have public service media, Yle, which has a special mission in society and is governed by law. We also have a viable commercial media sector, including regional newspapers and radio stations. There are also nonprofit associations which support strong journalism.”

Yle’s mission includes being “a provider of services for the entire nation.” It is one of the most popular sources of news. Yle produces TV, radio, streaming, podcasts and online content in languages including Finnish, Swedish, Sámi (all of which have official status in Finland), English, Russian and Ukrainian.

Helsingin Sanomat is Finland’s biggest daily, and numerous large and small local newspapers also exist in cities and regions across the country. Two popular tabloids, Ilta-Sanomat and Iltalehti, vie with each other for readers’ attention. MTV3 and Nelonen are major commercial broadcasters, while Radio Nova and Radio Suomipop are a couple of the most popular commercial radio stations. The largest Swedish-language newspaper is Hufvudstadsbladet, which is owned by a nonprofit.

A free press is part of democracy 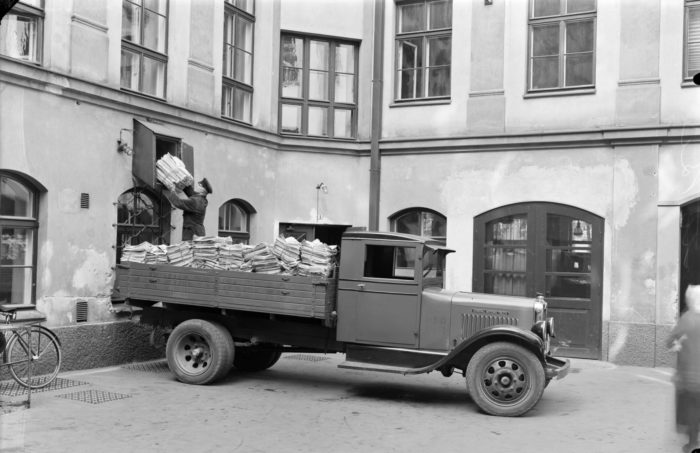 Highly educated, independent journalists are needed to produce quality content. They can report on what is happening instead of simply repeating what those in power say. Journalists must feel safe challenging politicians, business leaders and even their own bosses. With this power comes responsibility: reporters must be transparent and follow the principles of fair and ethical journalism.

Citizens need a free and independent media to know what is really happening in the world, which is critical for a well-functioning democracy.

“In a democracy, the citizens must have a capacity to make informed decisions,” says Pantti. “We have good media literacy education in Finland. Schools teach how the media works and how news is produced. They study media ownership, the effect of advertising and how propaganda is used. An informed citizenship is the backbone of democracy.”

Freedom of speech for all of society 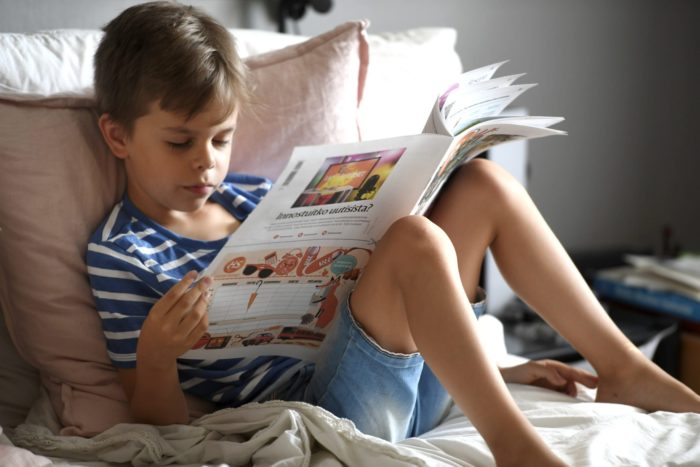 Finland has a tradition of constitutionally enshrined freedom of speech dating back more than a century, and, especially in recent decades, press freedom has thrived. The modern version of the Constitution states, “Everyone has the freedom of expression,” and specifies that this covers “the right to express, disseminate and receive information.”

The same section of the Constitution also ensures that information is available: “Everyone has the right of access to public documents and recordings.” So it builds transparency at the source and in the media.

“We have it pretty good here,” says Yrsa Grüne-Luoma, president of the RSF branch in Finland. “You can ask critical questions which leaders don’t want to hear. The RSF defends not just press freedom, but also freedom of speech for all of society.”

All three people interviewed for this article worry about the increasing concentration of commercial media and its pursuit of profit over news.

Rights such as press freedom need to be nurtured and protected. All over the world, business and political leaders continue to try to influence the press.

“Over the last decade there has been a growing trend of authoritarianism and populist regimes in the world,” says Pantti. “The risk to a free press is growing, and things can change very quickly.”

In a statement about the 2021 World Press Freedom Index, RSF secretary-general Christophe Deloire said that “journalism is the best vaccine against disinformation” and “provides the most effective means of ensuring that public debate is based on a diverse range of established facts.”

In the forests of Finland, autumn is mushroom-picking season. Artist and photographer Saara Alhopuro is using her harvest to create colour-saturated, transient artworks.