Minna Canth (1844–97) is one of Finland’s most influential writers. Minna Canth Day is celebrated annually on her birthday, March 19.

During her lifetime, she published stories, articles and plays that explored the oppressive structural conditions that governed the lives of women and of working class people. She wrote in Finnish and Swedish, both of which are official languages in Finland today.

Canth received admiration for representing women realistically and questioning the patriarchal norms that limited their opportunities. Her play Sylvi (originally published in Swedish, in 1893, and in Finnish shortly thereafter) is about a young woman who cannot divorce her older husband to be with the man she loves. Työmiehen vaimo (“The Worker’s Wife,” 1885) tells the story of Johanna, a submissive wife whose alcoholic husband controls her finances. Anna Liisa (1895) tells the story of a teenager who becomes pregnant outside of marriage and is driven to kill her own child.

Doing her own thing 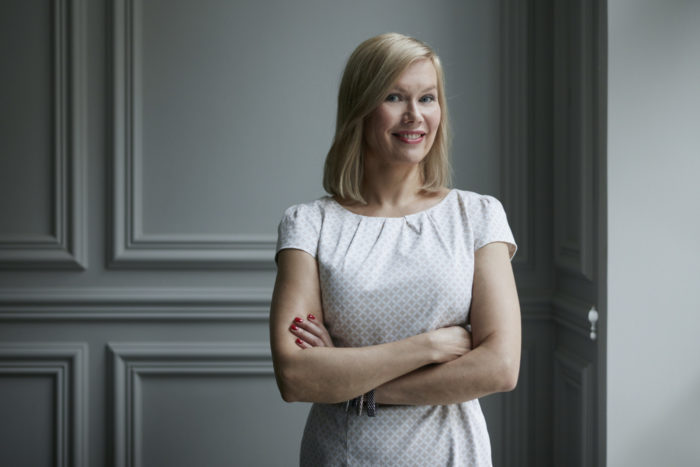 Author and teacher Minna Rytisalo cautions that “establishing a right doesn’t guarantee it forever,” and says that we can all learn from Minna Canth’s attitude.Photo: Marek Sabogal

“In many ways [Canth] was ahead of her time,” says Minna Rytisalo, author of Rouva C (“Mrs C,” published by Gummerus in 2018), a fictionalised account of Canth’s marriage to her former teacher, Johan Ferdinand Canth (1835–79).

“She believed that girls should have the right to an education…to learn about things like science, nature and the economy,” says Rytisalo, who teaches Finnish language and literature at the upper secondary (high school) level.

Rytisalo tells me that the Me Too movement is prompting “exactly the kinds of conversations that Minna Canth would have wanted us to have.”

She adds, “In a way, she was Finland’s first feminist.”

Canth’s legacy has inspired generations of feminist writing in Finland. “You can see traces of her thinking in the works of Saara Turunen, a writer who…asks audiences to consider…why we gender people,” Rytisalo says.

“The attitude [Canth] had is something we can all learn from. She believed in doing your own thing and knowing in your heart that it is the right thing to do, even when the world says it’s not.”

Rytisalo mentions Tove Jansson as “another Finnish writer who always knew the way she wanted to create art.” A painter, illustrator and writer, Jansson is most famous for inventing the Moomintrolls but also wrote novels and short stories for adults.

Social equity was another of Canth’s topics. “She believed that we should organise society such that it would help the poor,” says Rytisalo. Canth’s play Kovan onnen lapset (“Children of Misfortune,” 1888) sympathetically depicts the social hardships of the unemployed. The conservative authorities of the day considered it controversial enough to ban it shortly after its publication.

Rytisalo decided to write Rouva C after she read Minna Maijala’s biography of Canth, Herkkä, hellä, hehkuvainen (“Sensitive, Gentle, Radiant,” Otava, 2014). Maijala’s book casts doubt over previous historical accounts that suggested Canth’s husband was controlling. Instead, it tells the story a supportive marriage that allowed Canth the freedom to thrive as a writer.

Rytisalo is thrilled that young people are interested in Canth’s writing again: “We have always thought about her as a kind of statue, without considering what she actually said.