Bronzed, but not by the sun: the Helsinki Statues

The rumours of cold stone-faced Finns are more appropriate for their local statues, as their lively history will tell.

The mermaid Havis Amanda depicts a young maiden, symbolizing the birth of Helsinki.

Despite the rumours, Finns are not cold and stone faced, yet we can’t deny the most famed Finns fill that description. Formed from bronze, stone and cement is Finland’s most influential people and the most beloved artists commemorated in statues, many of which are found in the centre of Helsinki. The statues themselves are works of art, also serve to remind onlookers of Finnish history, and introduce it to newcomers.

The statues prompt Helsinki sightseers and locals alike to clues of Finnish history and culture. Each sculpture opens a window into history reflecting on the style and atmosphere of epochs past: illuminating the viewer to periods of art and those who helped build the story of Finland.

Statues play important role in Helsinki’s cityscape serving as familiar meeting places and landmarks. The Three Smiths Statue (Kolmen sepän patsas) situated in the intersection of Aleksanterinkatu and Mannerheimintie, is a popular meeting place, while also being an icon of Helsinki. It hasn’t always been this easy for the iconic blacksmiths. In the Second World War the base was damaged during a bombing, the anvil of a smith still has a hole from the shrapnel. Skaters and flatland BMX-ers often gather around the Statue of Marshal Mannerheim (known as Marski in Helsinki slang).

Some statues are centerpieces for traditions and holidays. Since 1921, in celebration of May Day, a delegated group of higher education students have the honours of placing a white graduation cap on the top of the Havis Amanda’s curly locks. The capping ceremony happens after the fountain is foaming with bubbles and the dear Havis Amanda has been bathed. Also, the Statue of Alexander II in Senate square served as a scene for political representation against the Russification of Finland under Tsar Nicholas II who governed in a different manner to his predecessor Alexander II.Proceed to the slideshow below to find out more.

The statues of Helsinki tell their stories 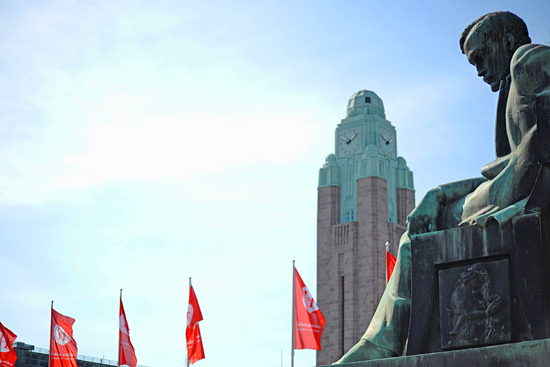 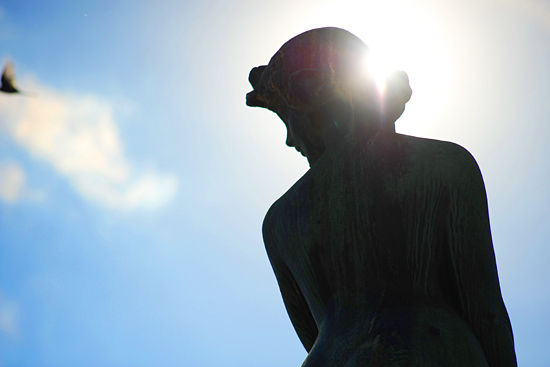 Havis Amanda (Ville Vallgren, 1908: The mermaid Havis Amanda depicts a young maiden, rising from sea, symbolizing the birth of Helsinki. The maiden’s nakedness caused quite the commotion back in the day. Photo: Emilia Kangasluoma 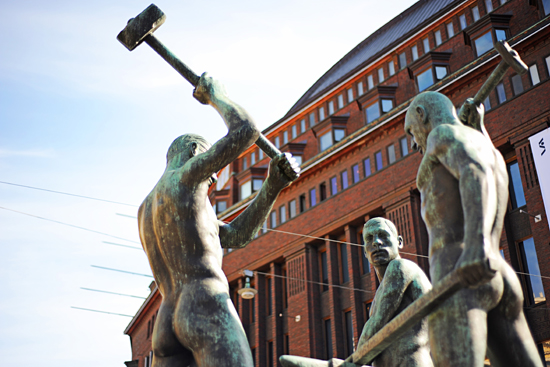 Three Smiths Statue (Felix Nylund 1938): A Helsinki icon, inspired by real people, the master smith’s face is of poet Arvid Mörne, the one raising the hammer is a self-portrait of the artist Nylund, and third smith is of stonecutter Aku Nuutinen, Nylund’s assistant. Photo: Emilia Kangasluoma 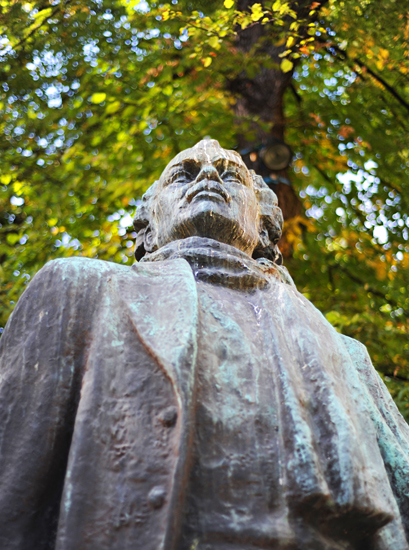 Eino Leino (1953 Lauri Leppänen): Eino Leino, whose statue is found on the Esplanade, was a pioneer of Finnish poetry. His works are still used in everyday life: many congratulatory poems and even obituaries include excerpts of his works. Photo: Emilia Kangasluoma 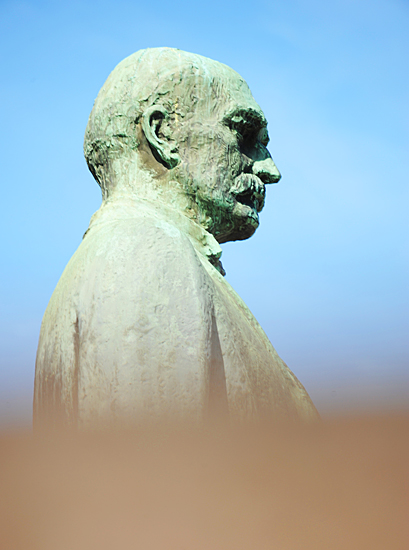 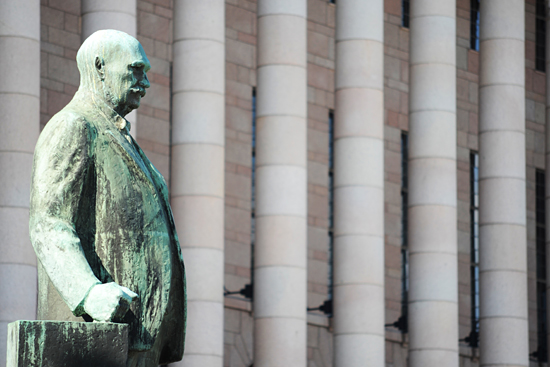 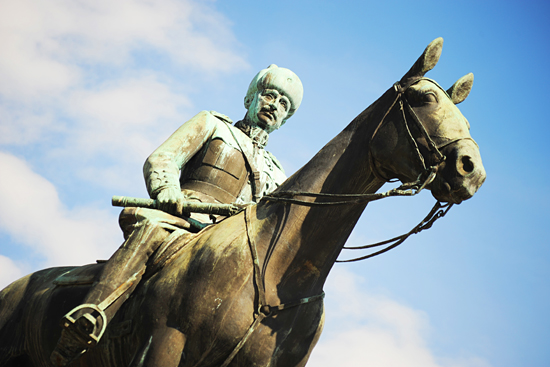 Marshal Mannerheim (Aimo Tukiainen, 1960): Baron C. G. E. Mannerheim was a Marshal of Finland, Commander-in-Chief of Finland’s Defense Forces, and 6th President of Finland (1944-1946). Mannerheim's, or Marski as Finns like to call him, achievements have made him one of the most influential figures of the 20th century. Photo: Emilia Kangasluoma 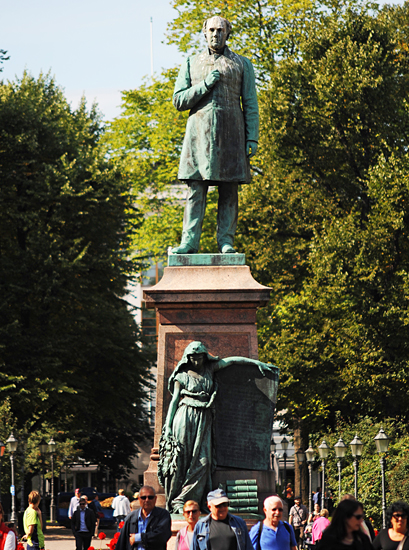 Johan Ludvig Runeberg's memorial (Walter Runeberg, in 1885): Johan Ludvig Runeberg (1804-1877), Finland’s national poet stands in Esplanade. On the pedestal of the statue is the Maiden of Finland holds a table with the words of the Finnish national anthem is written by Runeberg. Photo: Emilia Kangasluoma 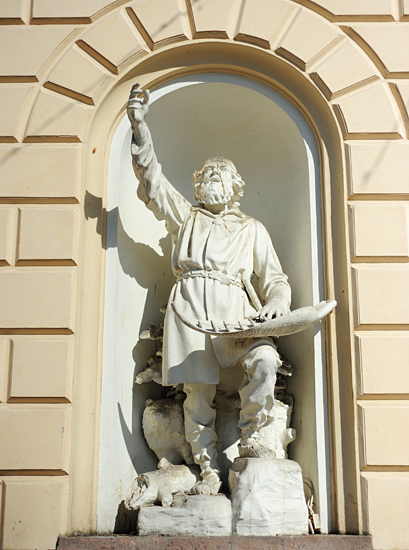 Väinämöinen (Robert Stigell 1888): Central character of the Kalevela, Väinämöinen, God of Chants, is standing with the Finnish Kantele. According to folklore, the kantele was formed from a pike’s jawbone, which is why you are able to find a sculpture of a pike in front of the Helsinki Music Centre. Photo: Emilia Kangasluoma 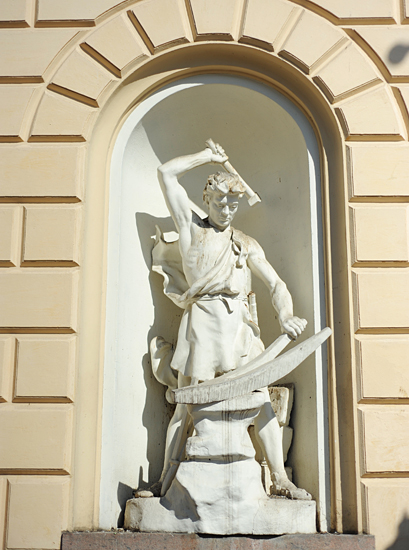 Ilmarinen (Robert Stigell 1888): Ilmarinen blacksmith and creator of the Sampo is also a main character in The Kalevala. Both sculptures Väinämöinen and Ilmarinen decorate the facade of Old Student’s House, next to The Three Smiths’ square. Photo: Emilia Kangasluoma 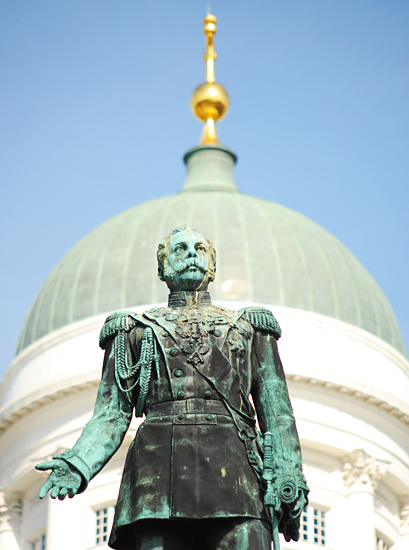