Different focus: In the same archives that formed the background for the Finnish national epic “Kalevala,” legends about bears abound.

The Finnish national epic Kalevala, compiled by Elias Lönnrot in the 19th century and celebrated on Kalevala Day (February 28), contains decidedly Christian aspects. What if someone wrote another version, drawing on bear cults and shamanism found in Finnish folklore?

Lönnrot only used a purposefully selected fraction of the material in folk poetry archives. Other folklorists could use such material to compile quite different stories that might reflect ancient beliefs more accurately.

Juha Pentikäinen, professor of northern ethnography at the University of Lapland and Institute of Northern Culture in Tornio, northern Finland, aims to compile an alternative Kalevala in the form of a shamanic epic based on an ancient bear cult.

“The Kalevala as we know it today is really Elias Lönnrot’s epic, and it reflects his world view as a devout Christian keen to depict the Finns as a civilised people with monotheistic beliefs, as part of the contemporary nation building process,” says Pentikäinen. Lönnrot himself admitted that he could have used the same sources to compile seven different but equally valid Kalevala versions.

Pentikäinen recognises the artistic and historical value of Lönnrot’s Kalevala. But he feels that the revered writer took liberties by adding material of his own, reshaping ancient stories, and giving his epic a linear structure similar to the Bible, when in reality the world view of the ancient Finnish and Karelian rune-singers was cyclical and based on shamanic beliefs. “For this reason I feel there’s a need for a new, different epic closer to the world view of the original singers, with no artificial religious or nationalistic elements,” he says. 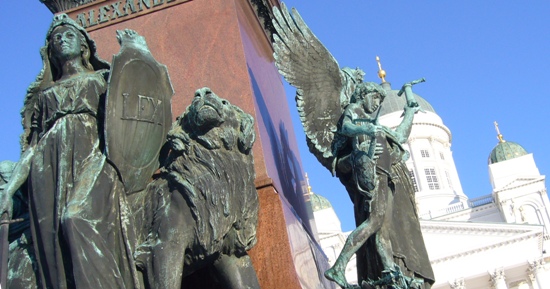 Pentikäinen is already planning to compile his “alternative Kalevala” using original narratives neglected by Lönnrot, especially poems reflecting bear cults once widespread among northern peoples before the Christian era. “There is plenty of runic material in the archives to create a bear epic that will be truer to tradition than the Kalevala,” he explains.

His story will encompass the celestial creation of the bear, its manifestation in the northern sky as the bear constellations, the sacred animal’s natural birth and annual cycle on earth, the ritual death and burial of a bear killed by hunters, and a mythical wedding before the bear returns to the skies.

He envisages his epic as being shorter and hopefully more exciting and more accessible than the version of the Kalevala that schoolchildren across Finland must read today. However, he has resolved to remain faithful to original poetic wordings and use the same trochaic meter that gives the Kalevala its characteristic rhythm. 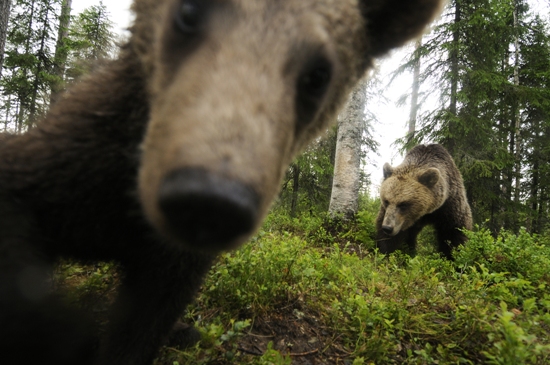 Pentikäinen has travelled widely in Russian Karelia, Lapland and Siberia, visiting ethnic groups related to the Finns, and meeting shamans and singers who have preserved ancient traditions. “The best way to learn about the deep roots of Finnish folk culture is to sit around the fires of shamans in Siberia and listen as they sing the mythological epics of their peoples,” he says.

The role of the bear in arctic mythologies represents a long-time interest for Pentikäinen. His intriguing book Golden King of the Forest (Etnika, 2007) spotlights the bear’s unique place in northern folklore and imagery. Bear cults are reflected in superstitions that persist to this day in Finland, and in the many place names that include words denoting bears, such as kontio, otso, otava, ohto, kouvo or the modern Finnish word for “bear,” formerly taboo: karhu.

Although Pentikäinen has faced considerable opposition among scholars reluctant to see Finnish folk poetry interpreted in the context of shamanism, more open-minded readers will eagerly await the publication of his alternative Kalevala as a new window into ancient Finnish and Karelian beliefs.