“World leaders should rethink their stance on Afghanistan,” says Shekeba Ahmadi. “The solution lies beyond just sending money or evacuating a handful of people. There are over 30 million Afghans still there, suffering.”

Shekeba Ahmadi arrived at a reception centre in the northern Finnish city of Oulu with nothing but her phone, her passport and the clothes on her back. In order to reach the airport in the Afghan capital, Kabul, and get out of the country, she had taken a harrowing escape route that included segments of sewer canals.

Ahmadi is a Hazara, an ethnic group heavily persecuted by the Taliban. As a former employee at the Finnish Embassy in Kabul, she was among a group of over 400 Afghans evacuated to safety with the help of the Finnish Defence Forces. 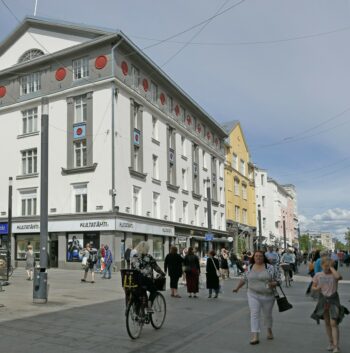 The Finnish city of Oulu, shown here, was Ahmadi’s first destination after a chaotic and dangerous escape from Afghanistan in August 2021.Photo: Ismo Pekkarinen/Lehtikuva

Ahmadi shares her story while sipping coffee in downtown Helsinki, the city she has called home for the past year.

“Resettlement has been very empowering, but also challenging,” she says. “The early days were hard. I had terrible nightmares, so I tried to focus on actively rebuilding my life.”

After circulating her CV, she landed an internship at the peace mediation organisation CMI, a foundation created by Nobel Peace Prize Laureate and former Finnish president Martti Ahtisaari. She was also accepted to the Peace, Mediation and Conflict Research programme at Tampere University. She has deferred those studies while she continues her work at CMI.

“I had a wonderful social worker who found me an apartment in north Helsinki,” she says. “I’ve worked hard to earn every single thing in my small nest.”

Architect of her own life 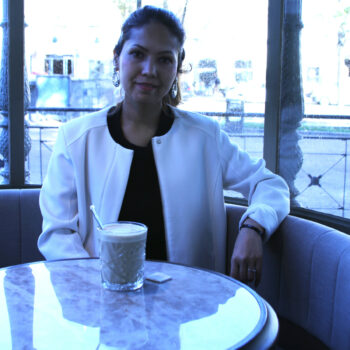 The first one in her family to complete secondary school, Ahmadi says, “I’m proud to set an inspiring example for my nieces, who live in a society that is not open to girls’ education.”Photo: Peter Marten

Arriving in Finland was not Ahmadi’s first experience of restarting life from scratch. When she was a young girl, she and her family fled to Pakistan during the Taliban’s first regime.

Seeing Pakistani girls in their school uniforms was an inspiring moment that made Ahmadi passionate about getting an education.

“I was raised by a strong single mother who told me to become the architect of my own life,” she says. As a teenager, Ahmadi worked tutoring younger students in order to put herself through school.

Ahmadi mentions that her proudest achievement was becoming the first in her family to finish secondary school. After going on to complete a degree in politics, philosophy and economics in Bangladesh and working in Singapore, she returned to work in Afghanistan in 2019.

“I really miss the exciting vibe of those times, meeting with friends from different backgrounds to reimagine a new Afghanistan,” she says. Her voice softens as she adds, “Now it seems like every door is closed to me there.” 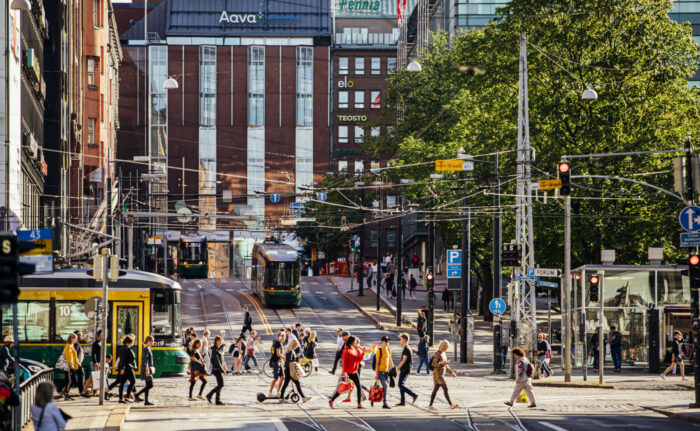 While she is grateful for her new home, not a day goes by without her agonising about the struggles of those left behind.

“Many things that are taken for granted in Finland are amazing privileges for newcomers like me, such as free education, the healthcare system, fresh air and clean water,” she says. “In Afghanistan, we have to buy bottled drinking water.”

“It has been inspiring to meet so many brave, strong, independent women in Finland who do almost everything themselves,” she says. Finland consistently ranks at or very near the top of international studies that evaluate gender equality and women’s rights.

Freedom of education for all 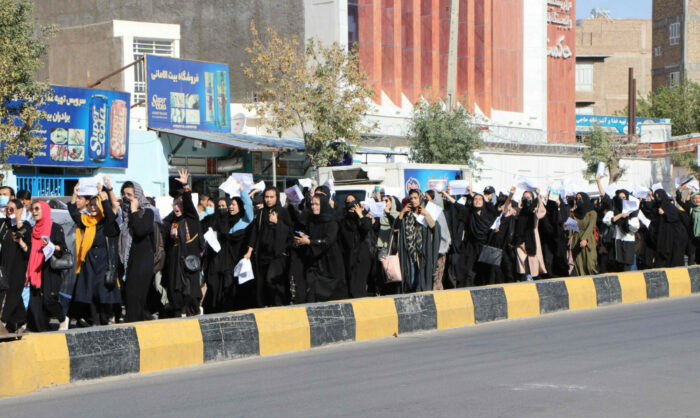 Afghan women students chant, “Education is our right, genocide is a crime,” during a march in Herat, western Afghanistan, on October 2, 2022. It was one of many protests in the country after a suicide bomb attack at a learning centre in Kabul two days earlier.Photo: Mohsen Karimi/AFP/Lehtikuva

Ahmadi was recently promoted to the position of project assistant in CMI’s Women in Peacemaking team. Her new role involves liaising with the Afghan Women Leaders Forum, a network that seeks to ensure the inclusion of Afghan women in political dialogue.

“Every morning I wake up feeling happy to be contributing something positive in a job that is closely aligned with my personal values,” says Ahmadi.

With the Taliban continuing its systematic persecution, what does Ahmadi believe the international community should be doing?

“The remedies lie beyond just humanitarian support,” she says. “First of all, monitoring mechanisms must be put in place to keep a record of war crimes and human rights violations. And all Taliban leaders should be under a complete travel ban.”

She continues, “Added to that, Afghan refugees should be assured the right to fair, rapid processing of their asylum applications.”

When asked about her personal hopes for the future, Ahmadi says that she wants to live in a world where women do not have to struggle just to gain basic rights.

“And girls should not have to fight to go to school,” she says.