Coding workshops organised by Mimmit koodaa (Women code) counteract the groundless stereotype that you need to be a man to work in IT.

Men probably wrote most of the computer programs you use.

People in Finland have good reason to be proud of gender equality in their country, which ranked second in the World Economic Forum’s 2021 Global Gender Gap Report, but much work remains to be done. For example, only 25 percent of ICT employees in Finland are women. While that is a greater percentage than in many European countries, there is an urgent need to increase women in the software industry.

“This is an equality issue which is important for our society to address,” says Milja Köpsi, program director at Mimmit koodaa. “Also, this is a problem for businesses.” There is a need for additional workers in the industry, “which can be solved by bringing more experts into the field,” she says. 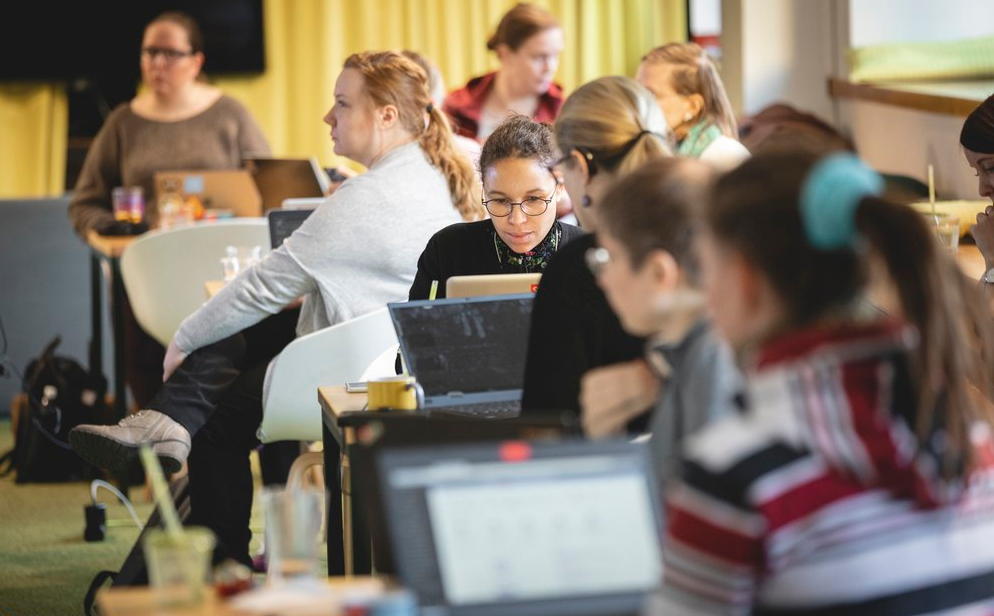 Mimmit koodaa, which means “Women code” in Finnish slang, is one of the initiatives established by the Finnish Software and E-Business Association, a group founded in 1989 for corporate leaders and consisting of about 600 companies. After Mimmit koodaa was created in 2018, it began by offering coding workshops for women. It was a pleasant surprise when 800 people signed up for the first workshop; they had been hoping for at least 100.

Over the years, the movement has continued to evolve. Today they provide workshops, training, networking, webinars and encouraging career support from peers.

Their events cover a wide variety of topics and themes. For example, a beginner could attend an event to decide which programming language to learn or how to build an app. Major international companies also work with Mimmit koodaa; they have held a webinar with Amazon Web Services about their cloud solutions and a class with TietoEVRY about DevOps in healthtech. Mimmit koodaa events are held in Finnish and English, as English is widely spoken in the software industry and is used in many Finnish companies.

“We unravel the stereotype that you need to be a man to work in science, technology, engineering and mathematics – it is simply not true,” Köpsi says. “We like to tell the stories of women who changed their lives and careers.” 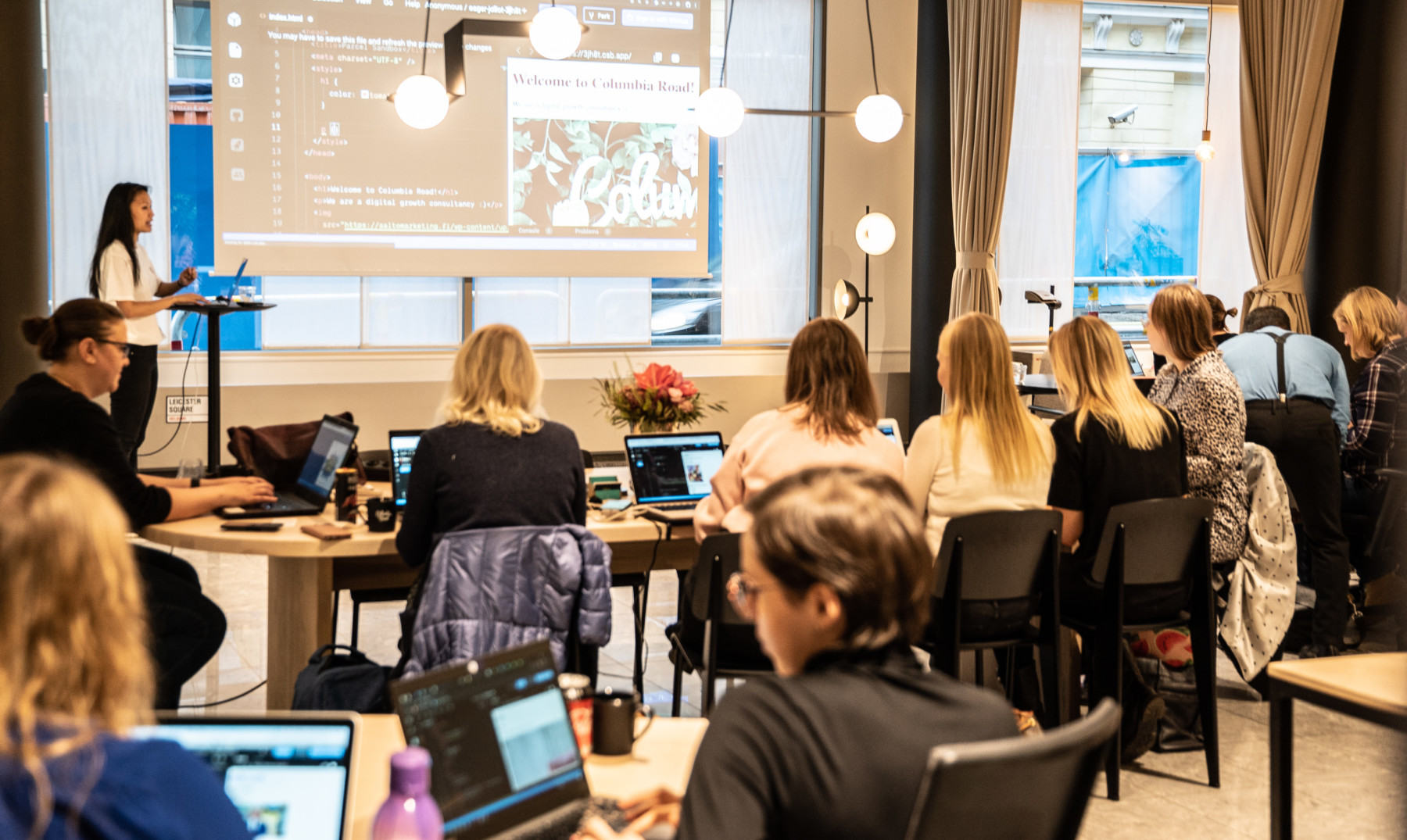 One such example is Eeva-Jonna Panula, a Mimmit koodaa regular and senior software developer at the Finnish smart-ring company Oura.

“When I was growing up I didn’t know any women coders,” Panula says. “I had one magical summer learning code when I was 15, but then I forgot about it because girls didn’t code where I grew up.”

It wasn’t until ten years later that Panula returned to coding as a break from the stress of writing her master’s thesis. She enjoyed it so much she moved into the software industry, and a happy accident got her involved with Mimmit koodaa.

“I signed up to a Mimmit koodaa workshop to learn more about the React JavaScript library,” she says. “I thought it was an advanced course, but it turned out to be more introductory. In fact, I could help teach it.”

Panula soon became deeply immersed in Mimmit koodaa, organising workshops, live coding in webinars, writing blog posts and taking over the group’s Instagram account for a week. She is also active in similar groups, such as LevelUP koodarit, a community for women and nonbinary people interested in programming. 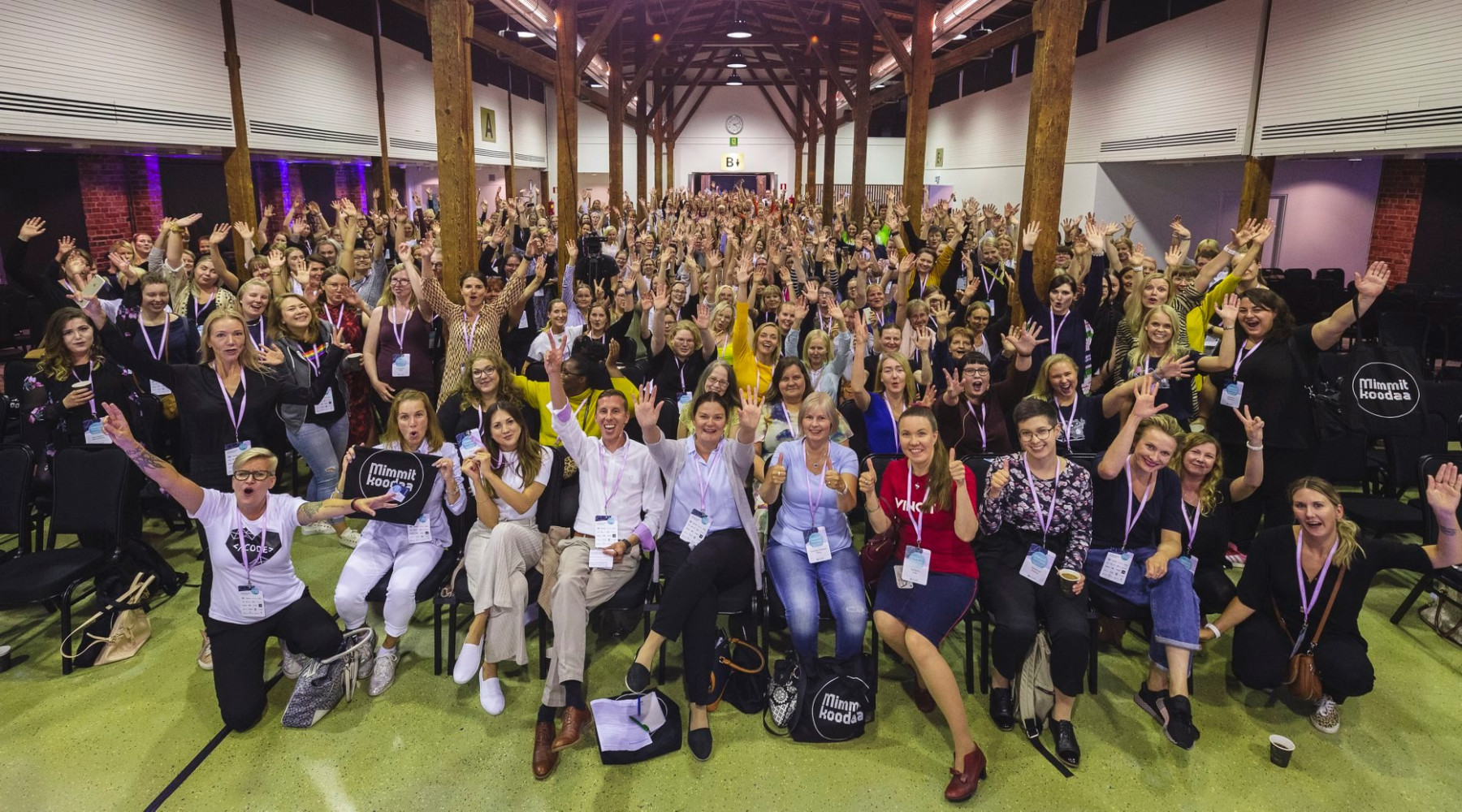 “It is important that we see women in technology,” Köpsi says. “We see superstars like Linda Liukas, but we also need to see women from our circles – our friends and family – who are working in technology.”

The work done by Mimmit koodaa is important for narrowing the gender pay gap, enhancing the economic security of women and nonbinary people, ensuring a diverse and talented workforce and preventing biases in the software developed by the industry.

“I’ve worked for five years in the industry and I love the change I am seeing,” Panula says. “More women are entering the field and you may have women colleagues on your IT team. Mimmit koodaa has contributed to our improved diversity.”

February 11 is the UN International Day of Women and Girls in Science.

Finland is a member of the UN Human Rights Council from 2022 to 2024. The country’s stated commitments as a member include working for women’s full and meaningful participation in all sectors of society, and working for LGBTIQ+ persons to be able to enjoy a life without discrimination and harassment.