The all-inclusive Finnish personal pronoun “hän” is fitting for a society where everyone is equal regardless of factors such as background, appearance, sexuality or gender.

Hän is a powerful word, a Finnish personal pronoun that refers to “he,” “she,” or any other gender, all at the same time.

It’s worth spreading the word about this word because it is inclusive and stands for equal opportunity. That’s why Finland believes in introducing hän, and the philosophy behind it, to the rest of the world. (The ä is pronounced like the a in “at.”)

Finland strives to be an egalitarian society where everyone is equal regardless of factors such as background, appearance, sexuality or gender.

It’s important to work with and recognise others around the world who are working towards the same goal. Finland is presenting the Hän Honour as a special recognition of commitment to advancing inclusivity. So far, some 20 individuals and groups around the world have received this honour. 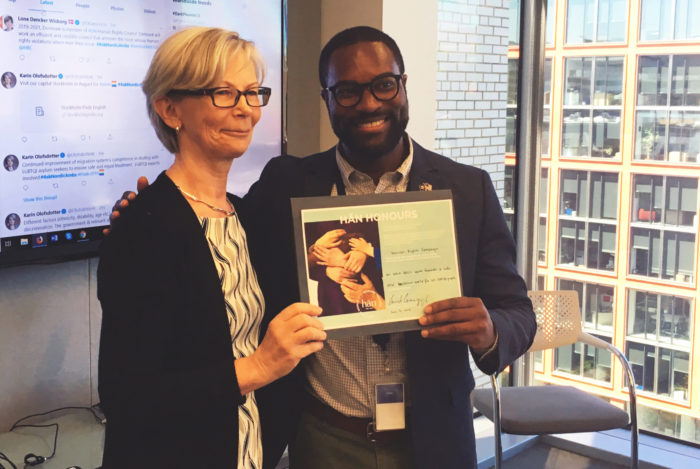 Finnish ambassador Kirsti Kauppi (left), presents the Hän Honour to Jay Gilliam, director of global leadership at Human Rights Campaign, in recognition of the organisation’s tireless work to build a safe and inclusive world for all LGBTQ people.Photo: Embassy of Finland, Washington

Founded in 1980, the Human Rights Campaign (HRC) is the largest LGBTQ (lesbian, gay, bisexual, transsexual, queer/questioning) advocacy group and political lobbying organisation in the US. Finland’s ambassador to America, Kirsti Kauppi, presented the Hän Honour to HRC for their tireless work to build a safe and inclusive world for all LGBTQ people.

“We must work to improve our rights, as well as to ensure and protect the gains we’ve made,” says Jay Gilliam, the director of global leadership at HRC. “It is not just about passing laws to increase protection. We also work in education through schools, workplaces and houses of faith.”

HRC is primarily known for its work in the US, but they also work with organisations around the world and have several programmes for international participants.

“One positive worldwide trend is the decriminalisation of same-sex relations and the legalisation of marriage equality in a number of countries,” Gilliam says. “We are proud that Finland promotes LGBTQ equality and are spreading the message of hän.”

Tireless in the face of controversy 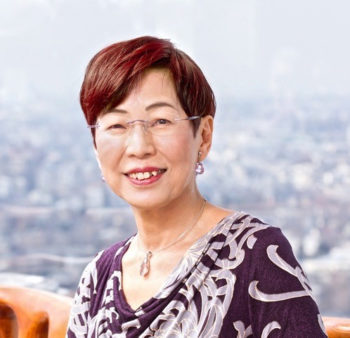 During the presentation ceremony, Halonen said that Ueno “has tirelessly addressed sometimes controversial issues, such as gender discrimination and sexual violence, and provoked debate to make Japan a better society in respect of gender equality.”

Ueno achieved prominence in the 1980s with her book A Study of Sexy Girls and continued into the 2000s with books such as Survival Strategies for Women. She is not only a feminist advocate, but also a scholar on the history of women’s liberation and feminism.

Ueno reciprocated Halonen’s remarks, saying, “It is my great honour to receive a letter of thanks from the first female president of Finland…because Finland is well known as one of the highest-ranking countries in terms of a gender-equal society.” 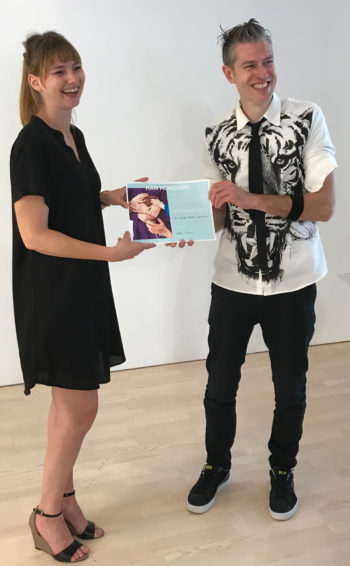 Jill Michiels (left) and Koen Dedoncker accepted the Hän Honour on behalf of the Men Engage Network in Belgium for the organisation’s work in redefining masculinity.Photo: Ulla Suortti

The Men Engage Network in Belgium received the Hän Honour for their work in redefining masculinity. Koen Dedoncker and Jill Michiels accepted the recognition from Riitta Resch, Finnish ambassador to Belgium.

“Our work is necessary because there is an unhealthy relationship between men and violence,” says Dedoncker, chair of Men Engage in the Flanders region of Belgium. “Men die early and have higher rates of alcoholism and suicide. This shows a problem with masculinity.”

Stereotypical values would dictate that men must be strong, aggressive, competitive and never show vulnerability. This causes problems for men – and others – throughout a man’s life.

“Men aren’t supposed to cry, show weakness or talk about their emotions,” Dedoncker says. “We try to break open these roles and create more freedom for people as human beings. It is not only to prevent violence and advance gender equality, but also to promote healthier lives. To step out of the societal ‘man box’ takes balls – or any other term you want to use for ‘manly courage’ – but it benefits everyone.”