In this vintage publicity photo from 1964, Marimekko fabrics abound.

Known for its vibrant prints and colours, Marimekko started small and became an international design house.

One of the Nordic countries’ most famous brands, it first gained worldwide attention in 1960 after Jackie Kennedy and other celebrities made public appearances wearing Marimekko garments. The company’s prints are instantly recognisable, and recent collaborations with huge brands such as Adidas and Uniqlo confirm that Marimekko has remained popular and relevant throughout the decades. 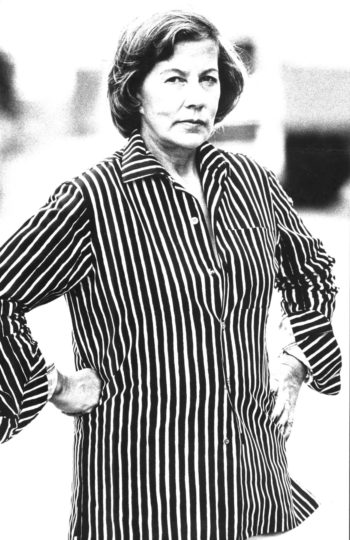 Marimekko, founded in 1951 by textile artist Armi Ratia, combines Mari, a woman’s name, and mekko, the Finnish word for “dress” (as in the item of clothing). The company has always been ahead of its time, according to Mika Ihamuotila. Marimekko’s largest shareholder, he served as CEO for years and now chairs the board of directors.

Ratia was forward thinking, and she wanted to empower women through the brand’s marketing and business practices. Marimekko has always placed women in leading positions, and the current CEO, Tiina Alahuhta-Kasko, took the job when she was just 33 years old. 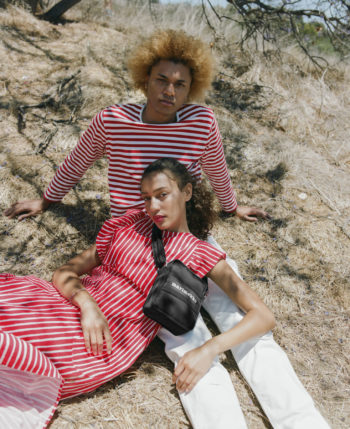 Young people are more conscious than ever of the clothes they buy, favouring timelessness and sustainability.Photo: Marimekko

When asked why he thinks Marimekko remains so popular, especially with young people, Ihamuotila guesses that it’s partly because that age group is more conscious of the clothes they buy, and that they appreciate the values the brand represents: empowerment, timelessness and sustainability. From the start, the brand’s design philosophy has never been about following trends, but rather about creating designs that will be beautiful for a long time.

As sustainability is an important value for consumers, timeless designs are also a benefit on the second-hand market. The company piloted its own second-hand shop during its 70th-anniversary summer, offering a curated collection of vintage Marimekko pieces from the 1960s to the 2000s.

Marimekko has also recently worked with Finnish textile industry innovators such as Spinnova and Ioncell to support the development of sustainable alternatives for cotton in clothing. However, Ihamuotila believes that it will take some time before those companies’ alternative fibres, made from wood pulp, used textiles and recycled paper, become widely available on the market.

“The alternative materials are not yet as durable as cotton,” he says. “That requires more development, and the cost needs to come down to make them affordable to more consumers.” 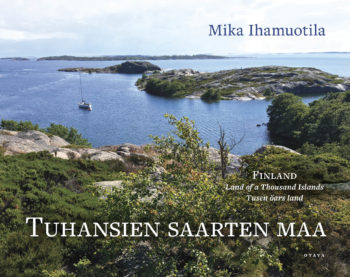 Mika Ihamuotila, Marimekko’s chair of the board, wrote Finland: Land of a Thousand Islands to share his enthusiasm for the beauty of the Finnish archipelago.Photo: Otava

Ihamuotila is known in Finland for his business background. After a career in the banking sector, he has taken an active role in making Finnish companies known around the world. In addition to Marimekko, he has also chaired Rovio, the gaming company behind Angry Birds. However, his newest project is a change of pace: in 2021, he authored a book about the Finnish archipelago, entitled Finland, Land of a Thousand Islands.

“I think the Finnish archipelago is the most beautiful in the world,” he says. “I wanted to make people aware of it.” According to the Ministry of Agriculture and Forestry, the sea around Finland contains more than 80,000 islands. The archipelago is thickest off the southwestern tip of Finland, where it extends into the Baltic Sea towards Sweden, but islands stretch along the west and south coasts, too. 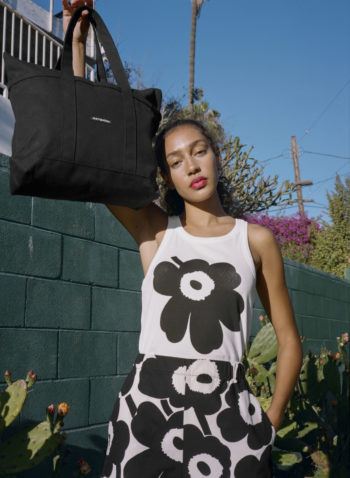 Unikko (poppy) is a classic Marimekko design that has appeared in numerous patterns, sizes and colours and is still popular today.Photo: Marimekko

What do the Finnish archipelago and Marimekko have in common?

“A lot of Marimekko’s imagery is inspired by Finnish nature, and I think the archipelago is one of the most beautiful parts of Finnish nature,” says Ihamuotila. “Many people say that looking at Marimekko’s designs gives them a good feeling, and I think the archipelago evokes a similar emotion. They both represent a unique part of Finnishness to me.”

Part of the motivation for publishing the book was a desire to encourage sustainable travel and tourism in the archipelago and make people aware of the living culture and beautiful nature of the islands. Over the summer, he also invited journalists and influencers to his own island, encouraging them to experience the solitude and simplicity of island living. 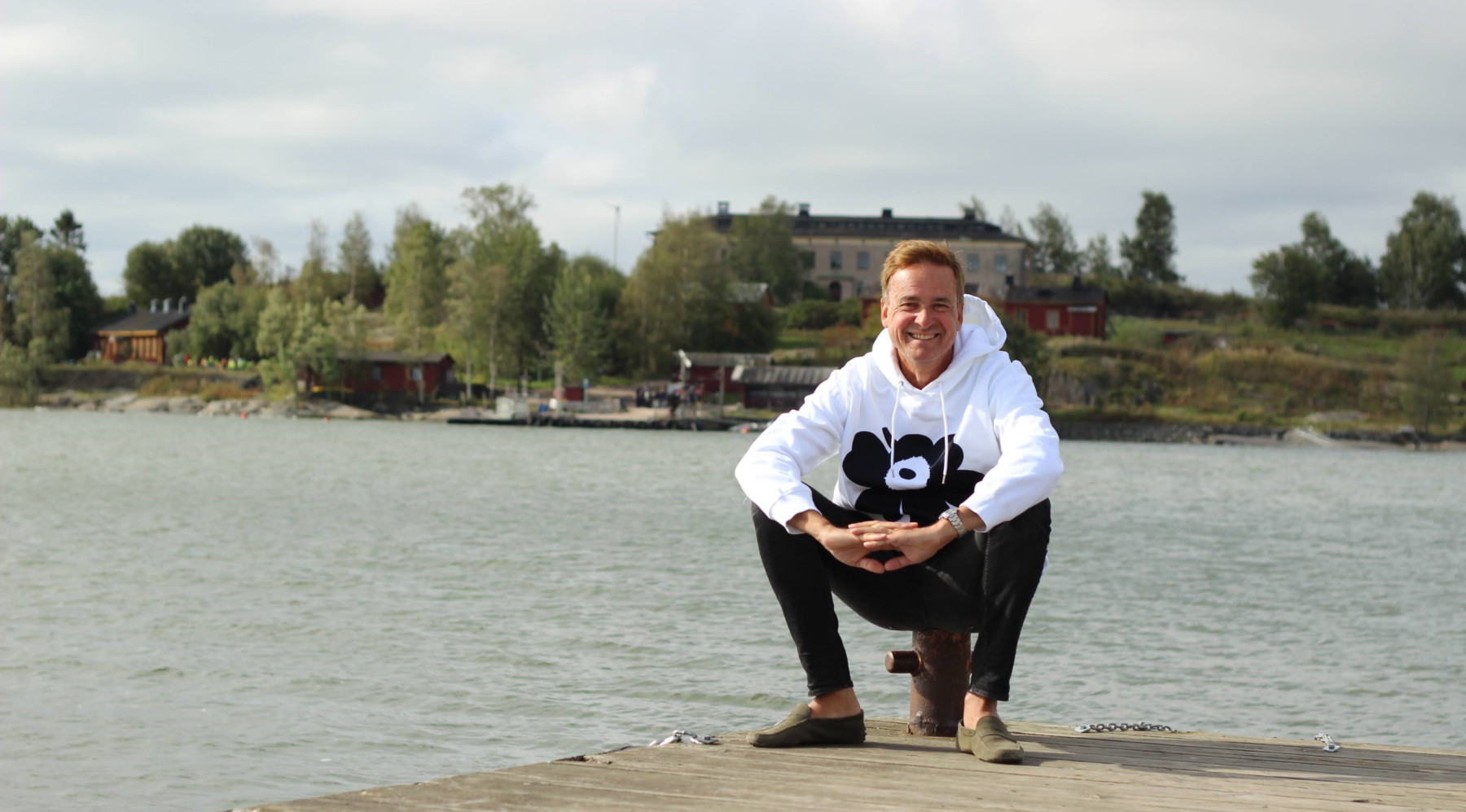 Mika Ihamuotila sits on a dock on the Helsinki shore, with Harakan saari (Magpie Island) visible in the background.Photo: Kirsi Ilmaranta

“In the following 70 years, Marimekko’s goal is to continue their international growth, as well as to continue bringing joy to people’s world, but to do it in a way that leaves no trace in nature,” Ihamuotila says.

He believes that in the future, people will continue to invest discerningly in their clothing, but they will buy fewer items. The focus will be on sustainable quality clothes that will last a long time, which is where he believes Marimekko’s strengths come in.

Find your way to the islands 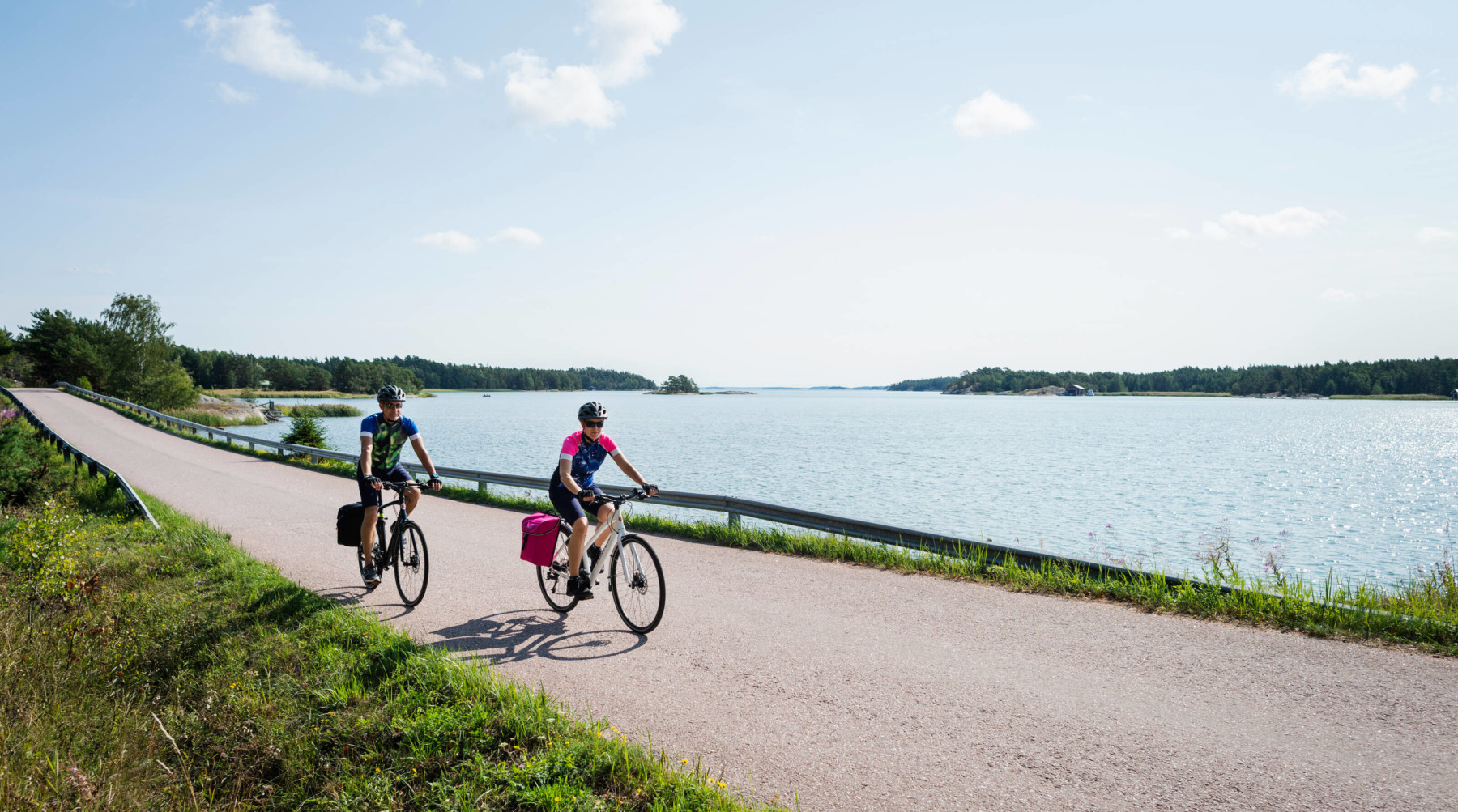 The Archipelago Trail of southwestern Finland is a ring-shaped route of roads and ferry links including numerous islands, ideal for a scenic journey by car or bike.Photo: Juho Kuva/Visit Finland

For readers living in or visiting Finland, Ihamuotila suggests checking out the Finnish archipelago. There are easy daytrips available just off the coast of Helsinki. The island fortress of Suomenlinna, a Unesco World Heritage Site, is a short ferry ride away, as is its neighbour, Lonna, a historical island with a restaurant and a sauna.

Farther afield, you can traverse the Archipelago Trail of southwestern Finland by car or bike. It’s a ring-shaped route of roads and ferry links including a variety of islands and the mainland city of Turku. It takes several days to explore; you can put it on your list for the summer.