Finnish motorsport drivers have speed in their genes

The Finns are fascinated by – and very good at – motorsports, high-speed cooperation between humans and technology.

Kimi Räikkönen clinched the 2007 Formula One World Championship by winning the last race of the season, the Brazilian Grand Prix in Sao Paulo. Photo: Lehtikuva

Brilliant role models and a fascination with technology have made Finland a front-runner in motorsports.

The fashion in which Kimi Räikkönen won the Formula One world championship came as a surprise to many. But the fact that Räikkönen became champion after several years of trying probably did not surprise anyone who follows the sport.

Räikkönen’s exceptional talents became known as early as 2001 when he debuted in F1 after skipping over two formula racing series that drivers normally compete in before advancing to the pinnacle of car racing.

There may have been more confidence in Räikkönen because he’s a Finn. Over the decades Finnish drivers have snapped up Formula One and World Rally Championship titles, as well as winning championships in Grand Prix motorcycle racing, Motocross, Trial, Enduro, Ice Speedway and Snowcross.

For years, the directors of rally teams have known the sure-fire recipe for success: “If you want to win, you need a Finn.”

Reasons behind the success

Relative to its population, Finland has been the number one country in the world in motorsports, measured by international success.

But what is it that makes Finns so successful?

Kari O. Sohlberg, Chairman of AKK-Motorsport (AKK), believes that car racing became ingrained in the Finnish psyche back in the days of the Eläintarha Race, which was held in Helsinki from 1932 to 1963. 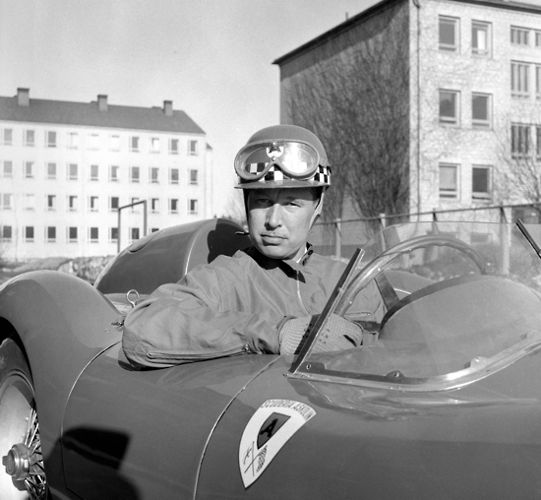 In the 1950s, Curt Lincoln (1918-2005) was Finland’s leading racing driver and is regarded as the forefather of the present champions. The photo was taken at the Eläintarha street race in Helsinki, which he won altogether 14 times.Photo: Lehtikuva 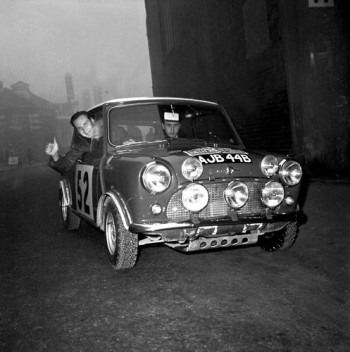 Timo Mäkinen, born 1938, is one of the greats of rally driving. The picture is from the Monte Carlo rally of 1965, which Mäkinen won in a Mini Cooper.Photo: Lehtikuva

“After that we got a few role models: Rauno Aaltonen and Timo Mäkinen were successful in rally racing back in the 1960s, while in Formula One Keke Rosberg blazed the trail by winning the title in 1982.”

Most success stories have a varied background in different motorsports. Rally drivers have sped on Finnish dirt roads since their teenage years, while all Finnish F1 drivers have started their racing careers in the karting series.

Professor Matti Urrila, who specialises in the psychological coaching of athletes, believes that it was Rosberg who left Finns with an important cultural legacy a quarter of a century ago.

“At first, people made fun of him but, in the end, he proved that anything is possible. The victory boosted the confidence of our increasingly motorising nation. No-one’s chances were doubted anymore,” says Urrila, who has long co-operated with Marcus Grönholm and earlier with Mika Häkkinen.

Matti Urrila stresses that in rally and Formula One circles, personal connections are also important.

“As a result of our drivers’ success, Finland has an abundance of expertise in how to become a World Champion in Formula One, for instance. Beginning with sponsorship and connections, there is a very realistic understanding of what it takes. And that puts Finland in quite a unique situation,” believes Urrila. 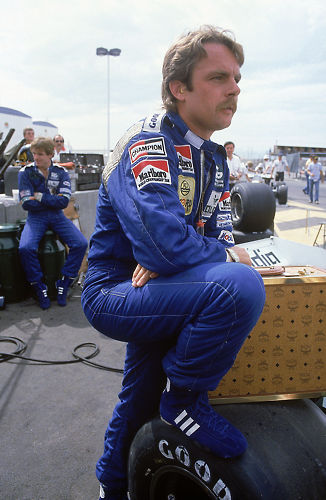 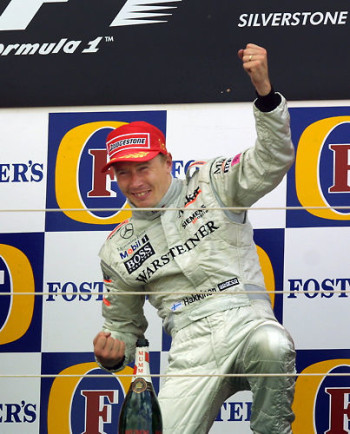 Mika Häkkinen celebrates on the podium after winning the 2001 British Grand Prix at Silverstone in 2001.Photo: Lehtikuva

The success of present Finnish (car) racing drivers owes a great deal to AKK’s coaching programme which prepares young, promising karting and rally drivers for an international career. In addition to driver training, the programme includes training camps, psychological coaching, rehearsal in public performance, teamwork and career planning. Kimi Räikkönen and Heikki Kovalainen are examples of drivers who have gone through this coaching programme.

“We employ coaches from each sport who systematically scout for talents. Three to four prospects are taken into coaching. We also have our own TV productions with which we aim to guarantee publicity for our young talents and their partners in co-operation. We even had motorsport professionals from the UK a few years ago who wanted to share our expertise and get acquainted with our system,” says AKK’s Sohlberg.

But all of this would not be possible without the special character of the Finnish nation. 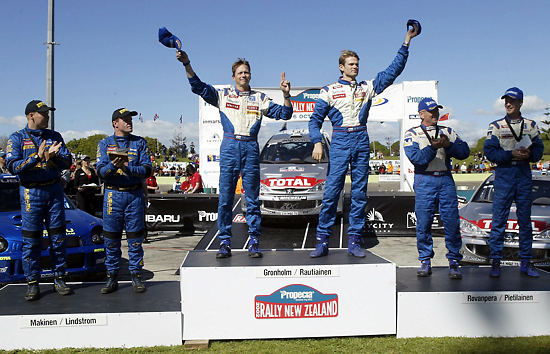 Finnish drivers took the first three places at the Rally of New Zealand in October 2002. At centre-left is winner and World Champion Marcus Grönholm with co-driver Timo Rautiainen. On their left are Harri Rovanperä and co-driver Risto Pietiläinen, and on their right third-placed Tommi Mäkinen with co-driver Kaj Lindström.Photo: Lehtikuva

“Finns are fascinated by technology, the collaboration of man and machine. War reparations that had to be paid to the Soviet Union after the Second World War could not have been taken care of with agriculture alone, so we started developing our engineering industry. As a result, our society became mechanised,” Urrila explains.

It is hardly a coincidence that Kimi Räikkönen has studied as a car mechanic at a vocational college, Mika Häkkinen studied plating and welding and Mika Salo was an electrical fitter.

The job of a mechanic is also familiar to Juha Kankkunen, Tommi Mäkinen and Marcus Grönholm who have wrestled with tractors while working as farmers in their spare time.

But the final truth about Finland’s success may be summed up by this:

“Finns are crazy,” said World Rally Champion Sébastian Loeb in the summer at the Neste Oil Rally Finland, in Jyväskylä, after losing to Marcus Grönholm.

By Pekka Anttila, November 2007; a version of this article originally appeared in the weekly news magazine Suomen Kuvalehti, issue 43/2007