Sitting in her racecar, Emma Kimiläinen forms a heart sign with her gloved hands.

It’s unclear where that snappy saying originated, but it has become associated with motorsports, a field in which Finland has enjoyed decades of success. Finnish drivers race practically anything with an engine, from cars to speedboats to snowmobiles.

Racers from Finland particularly excel in Formula One (F1). It’s the top tier of single-seater racing, which begins with karts and continues with progressively faster and more powerful cars. A single-seater is the stereotypical racecar, generally consisting of an open cockpit, uncovered wheels and large aerodynamic wings at the front and back.

Three Finnish drivers have won the world championship: Keke Rosberg (in 1982), Mika Häkkinen (1998 and 1999) and Kimi Räikkönen (2007). Keke’s son Nico Rosberg won in 2016, although he did so while racing as a German citizen, not a Finn (his mother is German, making him a dual citizen). 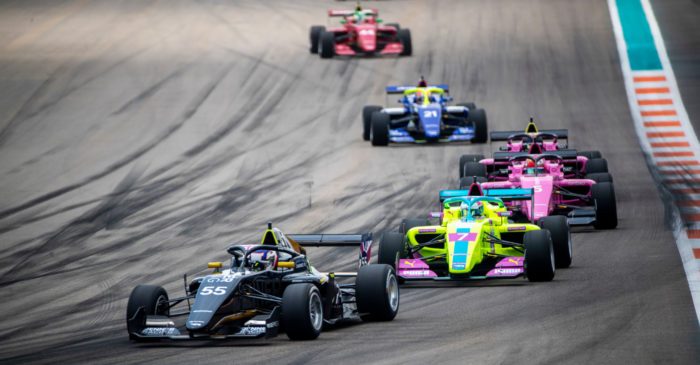 Based upon the number of mentions in the press, the most famous Finn in the world in 2021 was Valtteri Bottas, who is racing for the Alfa Romeo team at the time of writing, after stints with Williams and Mercedes. Yet there are many other Finnish drivers who race in other open-wheel series. Emma Kimiläinen races in the W Series, an all-female championship.

“My motivation comes from the feeling I get when I am in a car,” Kimiläinen says. “It is as if I become one with the vehicle. I love the speed, the passion, the adrenaline. It isn’t just feelings either – racing is also analytical.”

Kimiläinen started karting at the age of three. After several seasons in various formula racing series, she moved to touring cars, then later joined the W Series. In 2021, she came in third out of 20 drivers, with one win and five podium finishes.

“My favourite tracks have changes in elevation and fast, blind corners. I like tracks where you need sisu,” she says, using the Finnish word that denotes a combination of determination, endurance and courage. 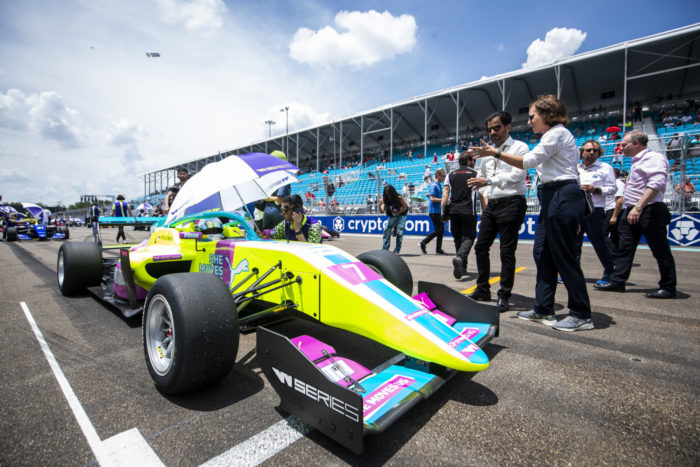 In the Miami sun, Emma Kimiläinen is in her car, getting ready for a competition.Photo: W Series

Kimiläinen is open to other possible drives in the future, like IndyCar or higher on the F1 ladder, but right now she is completely focused on the current season.

“My goal is to win the championship,” she says. “The W Series is a great opportunity to thrive as a professional racing driver.”

But why are Finns such good racers? It’s a question that pros and fans alike have pondered. Kimiläinen believes the Finnish climate might play a role.

“Finns drive in different conditions,” she says. “Our weather varies, so we race karts in the hot and cold, the wet and dry. Driving in snow is also important, because you learn car handling.” 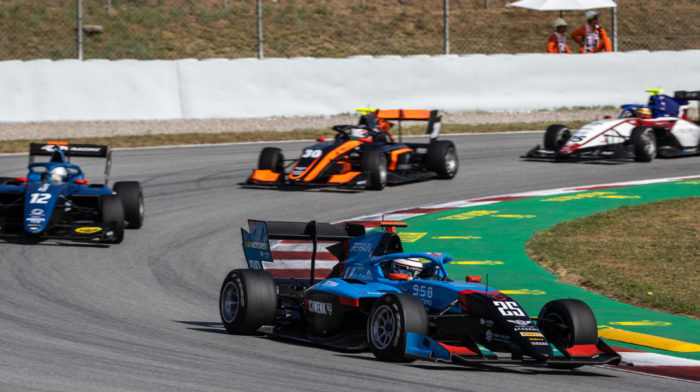 William Alatalo thinks that Finns do well in motorsports because of their disposition. Alatalo currently races in the F3 championship, where his team occasionally calls him Chilly Willy for his cool demeanour, echoing Kimi Räikkönen’s nickname, Iceman.

“Finns are respected in motorsports,” he says. “We are nice and calm, do what we are supposed to do, and perform well under pressure.”

Alatalo holds dual Finnish and Ethiopian citizenship. He began his career in Finnish karting before moving to the cutthroat world of European racing, including F4 and Formula Renault. In 2022 he moved to F3, where he quickly impressed by winning points at his very first feature race.

Recharging at home in Finland 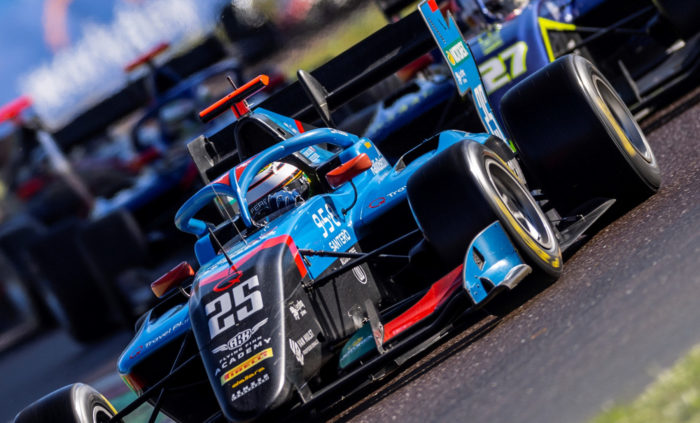 The Flying Finn Academy, whose insignia is visible below the number at the front of William Alatalo’s racecar, is an association that supports young Finnish people’s motorsports careers.Photo: Dutch Photo Agency

“The G-forces you get while racing are incredible,” says Alatalo. “It’s like a rollercoaster, but you are in control. It is fun to overtake, but it is also exciting to defend your position. My favourite tracks are Silverstone in the UK, Spa in Belgium and Ferrari’s Mugello Circuit in Italy.”

Alatalo participates in the Flying Finn Academy, an association that supports young Finnish people’s motorsports careers. The domestic support network might be another reason why Finnish people do so well in racing.

“I am surrounded by screaming engines and big cities when I’m racing,” says Alatalo. “It’s nice to come home to Ilmajoki in the Finnish countryside, where I listen to birds instead of engines, and relax with my family. My family has supported me since day one.”

Emilia Lahti is a Finnish sisu researcher and a social activist. She is currently training for 50 marathons to raise awareness about interpersonal violence and overcoming it with sisu.