Kids from all over Finland compete in the two-day Relay Carnival, an event that holds a special place in the hearts of Swedish-speaking Finns.

The annual Relay Carnival, an interschool sports event, happens near the end of the school year, usually at Helsinki’s Olympic Stadium. After two years on hold because of Covid-19 restrictions, it took place for the 60th time in 2022.

The competition is a tradition among Swedish speakers from all over Finland. (Swedish is one of the country’s official languages, and is currently the first language of about 5.2 percent of Finland’s population.)

Everybody can join in 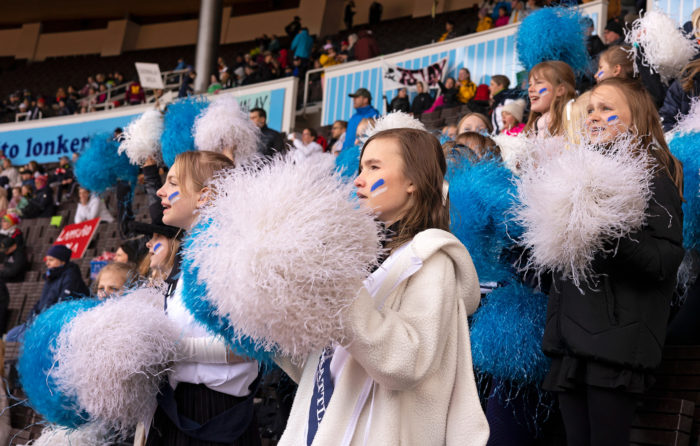 The cheerleading competition is just as important as the races.Photo: Catarina Stewen

About 10,000 runners participate in the two-day carnival, many of them in more than one race. There are dozens of events, with distances ranging from 400 metres to five kilometres and categories for boys, girls and mixed teams, for different ages and for small and large schools.

The cheerleading competition is just as important as the races. The best song and the loudest squad receive awards. Each school also has a mascot – there’s a prize category for them, too.

When they’re not running or cheering for their schools, the kids hang out with old friends and new ones from all over Finland. 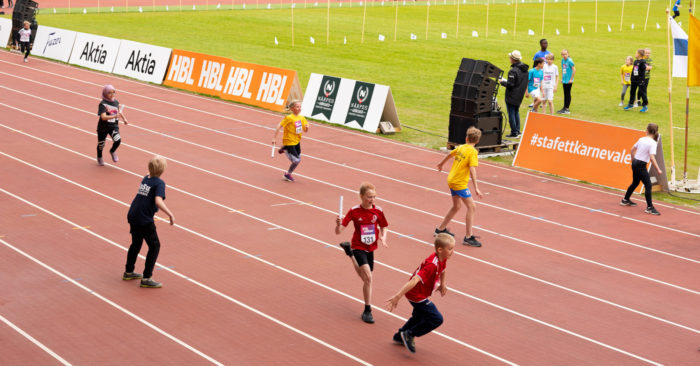 The Relay Carnival encourages a healthy lifestyle in which outdoor activities and sports are part of a happy daily life.Photo: Catarina Stewen

“The Relay Carnival was originally brought to Finland by Carl-Olaf Homén in 1961,” says Jeje Eklöf, the executive manager of Stafettkarnevalen, as the event is called in Swedish.

“While studying at the University of Delaware in the US, Homén had represented his school at the Penn Relays, the world’s oldest and largest relay race, in Philadelphia,” says Eklöf. “After returning to Finland, he initiated the idea of creating an interschool event for all students attending schools where the language of instruction is Swedish.”

Most Swedish speakers live in the areas along the south and west coasts. Gathering pupils from different parts of the country for two days of fun and sports has helped create and uphold a shared identity and strengthen the Swedish-speaking community.

“The aim is to create an affinity among this minority population, and also to promote a healthy lifestyle in which outdoor activities and sports are part of a happy daily life,” Eklöf says. 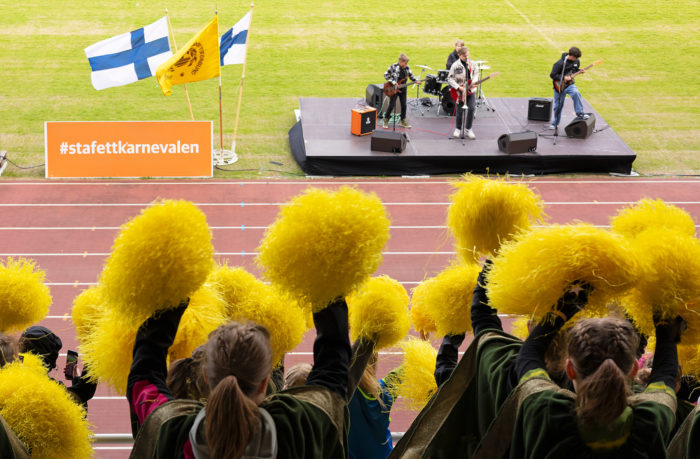 True to its name, the Relay Carnival offers a festive atmosphere.Photo: Catarina Stewen

Nearly every Swedish-speaking Finn has had some connection with the Relay Carnival as a participant, a teacher or a parent. The gigantic party at the Olympic Stadium creates lasting memories.

Eleven-year-olds Sara, Bianca and Ella from Botby Elementary School in Helsinki are at the Relay Carnival for the first time. It’s exciting for them to attend the huge event, and the best part is hanging out with their friends and enjoying the atmosphere. They say that in addition to the racing and cheering, they like the tent area, where various fun activities are on offer.

Elton and Alexander, fifth-graders from Gerby School in the west coast town of Vaasa, were on a bus by five in the morning, travelling to Helsinki with their schoolmates. Because of the distance, only kids participating in the races made the trip, so they don’t have their own cheerleading squad. However, they all cheer for each other. 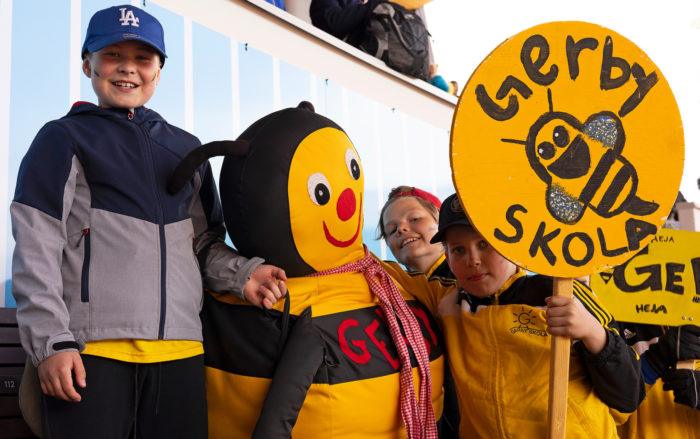 The team will overnight on mattresses in a classroom at a local school and return home the following day. The boys proudly present their school mascot, a large bee.

Pupils in grades one to six compete on the first day, and the second day is for teenagers in grades seven to nine and upper secondary school (high school). Hundreds of organisers, teachers and parents ensure that everything runs smoothly.

Many participants top off the event with a visit to Linnanmäki Amusement Park, not far from the stadium, enjoying a final adrenaline rush on the breathtaking rides.

The Finnish high school graduation cap is more than just a white hat with a narrow black visor, and its use isn’t limited to graduation ceremonies. The subtleties and peculiarities of this particular headwear need some explanation.

Getting an international education in Finland
Life & societyEducation