The vehicles at Knehtilä Farm run on biogas produced at a small onsite facility.

Strolling through fields of hemp, oats and peas on a gorgeous summer day, farmer Markus Eerola wears shorts, trainers and a contented smile. In an era when agricultural producers have been hit by rising prices for fuel and fertiliser, he’s not worried about either one.

His organic Knehtilä Farm provides its own nutrients and energy, thanks to careful long-term planning and a small onsite biogas plant operated by energy utility Nivos. It is located near the southern Finnish town of Hyvinkää, about 60 kilometres (35 miles) north of Helsinki. 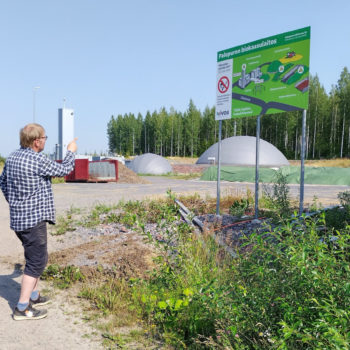 Markus Eerola shows visitors the biogas plant that helps make his farm an energy producer rather than an energy consumer.Photo: Wif Stenger

The biogas powers his tractor, pickup truck and cars, and is available to others at a commercial filling station on the edge of the farm, although vehicles that can use biogas are still relatively rare. It offers a valuable alternative to meet the growing need for affordable, clean domestic energy.

“Driving with biogas is 100 percent domestic and zero-emission, or even carbon-negative,” he says. “It’s clean, odourless and better in cold conditions than regular petrol.”

Demand for organic food continues to grow. “The price gap between organic and standard production is narrowing, partly because we don’t need fertiliser. Our farm has its own product line of oat and buckwheat products, which are produced here using a proven cultivation method known as agroecological symbiosis, where nutrients and energy are efficiently recycled.”

The sprawling 380-hectare farm’s carefully balanced circular economy has developed over a decade and a half, earning a WWF award in 2015 as a model of nature-friendly agriculture. In 2021, the Finnish Organic Association chose Knehtilä for the honour of Organic Business of the Year. 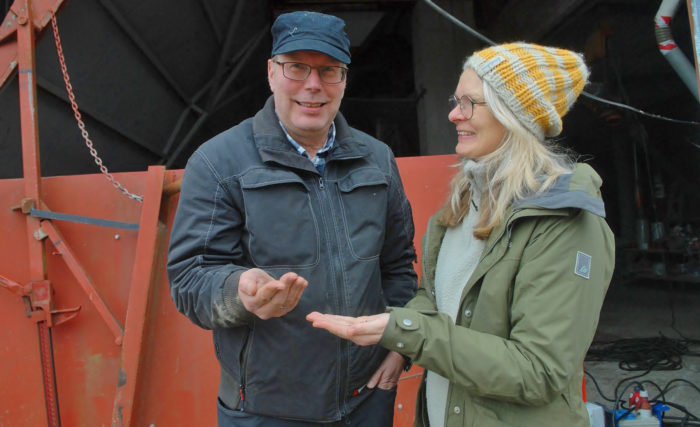 Markus Eerola and his wife, Minna Sakki-Eerola, hold handfuls of recently harvested grain. Markus used to be a freelance glassmaker for the design company Iittala, and Minna had established a career as a textile designer before joining him on the farm.Photo: Sinimaaria Kangas

“I’m the eighth generation of my family to work this land,” says Eerola, who used to be a freelance glassmaker for the design company Iittala. “In my father’s time, we could only use a few fields for growing winter seed grains on several parcels, because the clay soil had deteriorated into quite poor condition.” Since the late 2000s, Eerola has overseen the careful reconstruction of the soil through regenerative agriculture.

The key to this crucial soil improvement, which boosts resilience in the face of the changing climate, is a meticulously planned rotation of crops. “It takes long-range thinking,” Eerola says. “If the soil is better, it can withstand weather extremes.”

Each field progresses over a five-year period, starting with clover, alfalfa and peas, which are effective at binding nitrogen from the air into the soil, making fertiliser unnecessary.

From there Eerola shifts fields through successive crops like rapeseed, oats, barley, buckwheat, wheat, rye and oil hemp – a Finnish strain known as Finola, which yields oil that is in high demand as an export product.

No competition between food and fuel 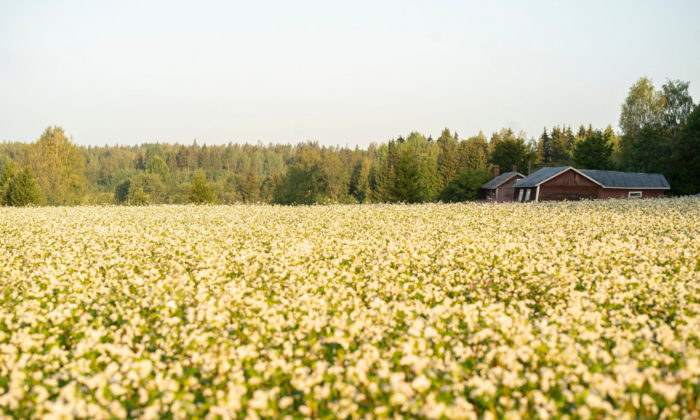 Organic farming depends on leaving fields fallow – devoid of food crops – in certain years to allow the soil to recover naturally. That’s where biogas production comes in, because the cover crops in those off years are ideal for producing fuel, when spiked with a bit of manure from horses or livestock.

The clover or other plants used to make fuel don’t remove arable land from food production, explains Kari Koppelmäki, a doctoral researcher at the University of Helsinki’s Ruralia Institute. He has worked with Eerola for years to fine-tune the circular system.

“Our model uses biomasses that aren’t competing with food production,” says Koppelmäki. “For example, in Finland there are over 200,000 hectares of grassland that are not harvested. Together with manure, these could provide a substantial energy source. In more intensive farming systems, such as in central Europe, straw or cover crops, which are grown after the cash crop, provide potential feedstock for energy production.”

Other organic crop farms could easily apply the Knehtilä model, Koppelmäki says. “It’s important to design the system so that biogas production is integrated with food production to enhance the supply of other ecosystem services, such as nutrient cycling and erosion control.”

He adds, “Biogas production can convert farms from being energy consumers to energy producers, and play an important role in the transition away from fossil fuels. When it’s done in a smart way, it’s also possible to increase biodiversity in farming systems.” 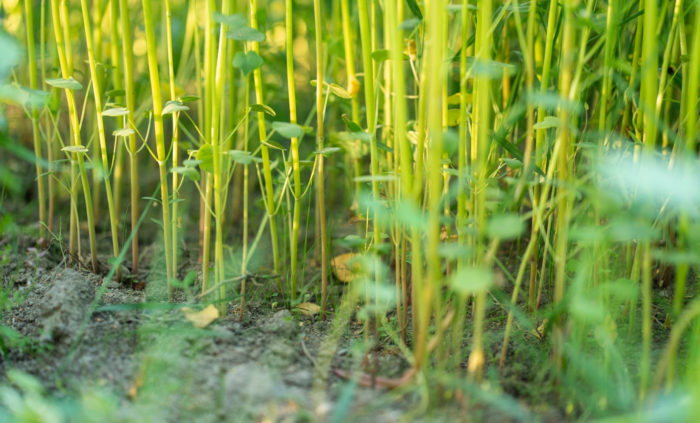 Cover crops such as clover increase the soil’s nitrogen content, making fertiliser unnecessary, and are also ideal for use in producing biogas.Photo: Helena Eslon

“Any unused fields could be converted to this,” says Eerola. “There could be hundreds of biogas plants like this around Finland.” Manure from livestock also represents a huge potential source of biogas. In addition, according to WWF, removing manure from the environment and using it to make biogas prevents it from contributing to nitrogen pollution and methane emissions.

The rich, vibrant cycle of life at Knehtilä is visible in not only the lush fields, but also in the insects and frogs that frequent them, and in a few animals such as horses, sheep, goats, chickens and rabbits. The farm is also a lively event venue; a high-ceilinged, 80-year-old barn has been converted to a space for up to 100 people for weddings, theatre performances and concerts.

When you hear the words “Finland” and “nature,” you may think of the country’s large expanses of forest and numerous lakes. On a different scale, allotment gardens offer many Finnish city-dwellers a way to spend time surrounded by nature.