Salla National Park, which officially opened on June 11, 2022, is Finland’s 41st national park. Located within the Arctic Circle, it covers an area of 100 square kilometres in northeastern Finland.

Just west of the park is a ski resort called Sallatunturi. Farther up the road there is also a village called Salla.

Enjoying the great outdoors in all seasons 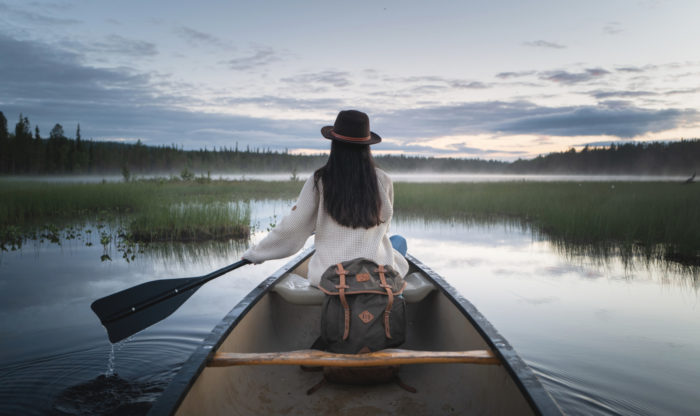 In Finnish Lapland, you can find exciting outdoor activities as well as peace and quiet, often at the same time.Photo: Daniel Taipale/Salla

Here in the far north, summer is the season of the Midnight Sun, when the sun doesn’t set at all for about two months. The long daylight hours mean you can fit in a lot of outdoor activities, such as hiking, biking, canoeing and kayaking.

In the winter, Salla transforms into a breathtaking snowy landscape. The Northern Lights may be visible between late August and early April, although it is notoriously difficult to predict exactly when they will appear.

Skiing is a highlight of a winter Salla trip, whether it’s downhill at Sallatunturi or cross-country on the extensive network of trails that weave through the landscape inside and outside the national park’s borders. A bit of skiing-related trivia: The oldest ski ever discovered in Finland, about 5,000 years old, was found in 1938 at Särkiaapa, about 30 kilometres (18 miles) north of the village of Salla.

Cross-country skiing is a great way to take in the forest air and the scenic views. There are also winter walking trails and winter biking trails, not to mention snowshoe trails. Some visitors embark on a reindeer safari, and even try their hand at guiding a reindeer-drawn sled through the snow-covered terrain.

A place for adventurers and thinkers 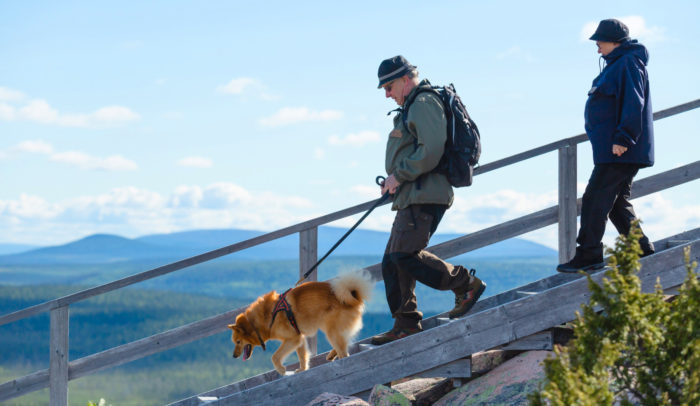 The dramatic ridges and gorges that punctuate the region’s landscape were sculpted during the last Ice Age, which ended roughly 11,000 years ago – fairly recently in geological terms. The spruce and pine forests are hundreds of years old and sustain rich ecosystems.

The park and the surrounding area offer more than 300 kilometres (185 miles) of hiking trails. From Iso Pyhätunturi, the highest peak in the park, “you can see a wilderness view over the whole national park and across the border to the Russian side,” says Paula Aspholm, Salla’s tourism and marketing manager.

Artists and writers alike have found inspiration in Salla’s serenity. It is still easy for visitors to find peace and quiet in the vast landscape, in addition to all the fast-paced outdoor activities that are available.

A matter of conservation

Watch the Save Salla campaign video, in which Salla makes its point about climate change by announcing its “candidacy” to host the Summer Olympics.
Video: Save Salla

“Salla is one of the last real wilderness regions in Europe,” says Aspholm. It’s crucial to preserve as much as we can of this area. Salla National Park forms an important carbon sink in the Nordic region. Species including the xestia sincera moth and the three-toed woodpecker rely on the venerable trees in Salla’s old-growth forests.

Travellers today want to ensure that they make their trips in a responsible and sustainable manner. As luck would have it, there’s an online guide to responsible tourism in Finnish Lapland. Recommendations include leaving nature as you found it; staying on marked trails; choosing local products and services; respecting local traditions and culture; and obtaining appropriate fishing and hunting permits.

Erkki Parkkinen, the mayor of Salla, helped launch the Save Salla climate campaign. Often using humour to get its messages across, the campaign draws attention to the destructive ways climate change is affecting Salla. One video that gained traction on social media announced Salla’s “candidacy” to host the Olympics – the Summer Olympics – making the point that climate change is shortening Salla’s winters and altering the whole planet. The Save Salla website provides down-to-earth suggestions about what individuals and companies can do to help counteract climate change.

There’s no entrance fee for Salla National Park. Kuusamo Airport and the train station in Kemijärvi are the closest transport options. Visitors can choose from a variety of accommodations, from wooden cabins to hotel rooms.

People in Finland often speak of a close connection to the natural world. That may be one reason why the country’s nature and wildlife photographers continue to gain followers and win awards. (See photo show.)