Hikers relax after arriving at the open wilderness hut at Meekonjärvi, at the far northwestern tip of Finland.

After a strenuous hike upwards along a swirling stream, I have ascended above the treeline, passed the saddle between two peaks, and entered what feels like paradise.

I’m in a grand valley centred around Ailakkajärvi, a lake several kilometres long in Finnish Lapland, the region that covers the northern third of the country. In the distance, on the northern shore, I can make out a small building. On a clear day, you can see any feature in the vast, open landscape from kilometres away.

As I head towards the building, the evening sun blesses me with its rays. Up here, in the northwestern corner of Finland, at a latitude of 69 degrees north and an altitude of about 700 metres, late August can already be very chilly. The good thing about the cold is that the mosquitoes, a midsummer nuisance, are already gone.

After a quarter of an hour, I reach the small hut and see that no one is there. This is my home for tonight: a Finnish autiotupa, or open wilderness hut.

Inside, I find bunks for six people, a sturdy table and a couple of benches. A small stove occupies one corner; a separate storage room contains firewood and an axe. From the window I have a spectacular view of the lake and the surrounding fells. After sunset, a full moon rises over the water.

I get to enjoy all of this in peace and quiet – and free of charge. 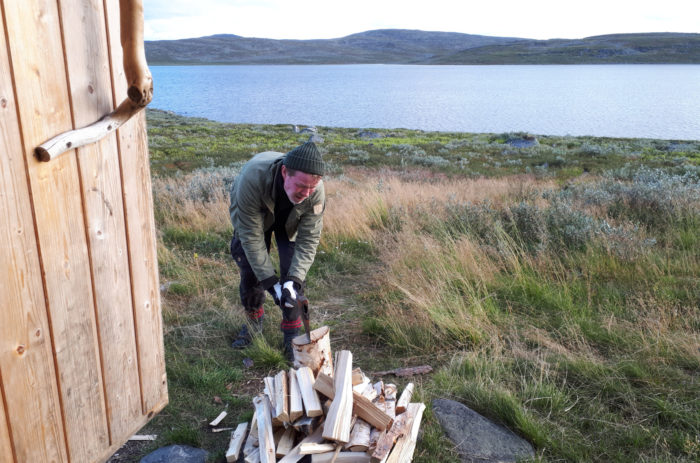 A hiker chops wood at an open wilderness hut on the shore of Ailakkajärvi, a lake in the northwestern corner of Finland.Photo: Juha Mäkinen

I’m not politically active, but if the Finnish government ever tried to do away with the wilderness hut network, I would be ready for the barricades. The huts are one of the most wonderful services provided by the Finnish state.

Anybody who is not using a motorised means of transport can stay in the open wilderness huts, for free. Needless to say, everyone must clean up after themselves, but there are also other rules – think of them as “wilderness etiquette.” For example, newcomers always have the primary right to stay in the hut, over people who have already had their rest.

The open wilderness hut is a very Finnish phenomenon – Sweden and Norway also have networks of wilderness huts, but they are mostly rentals. In Finland cost-free huts are the norm, although some rental huts also exist. The Swedes and Norwegians also have huts that are more like hostels situated in the backwoods. That doesn’t exist in Finland.

Many people feel that the Finnish open wilderness hut concept is just right: it offers some shelter without making the wilderness too civilised.

There are more than 500 huts, most of which are located in northern Finland’s vast national parks and designated wilderness areas. Some huts are easy to reach, while others are deep in the wilderness. The remoteness of the location tends to be inversely proportionate to the amount of visitors. Along popular routes, some huts get crowded during the two high tides of Finnish Lapland tourism – the late-spring skiing season and the autumn foliage season, known as ruska in Finnish.

From necessity to recreation 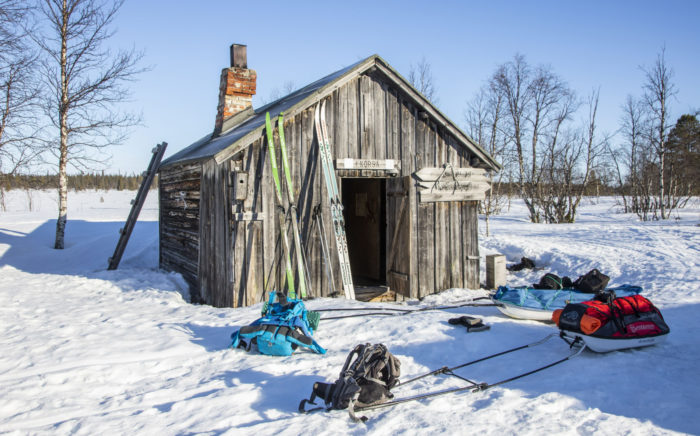 The cross-country skiers staying in this hut in northern Finland’s Pulju Wilderness Area have transported their supplies on a type of sled called an ahkio in Finnish; it has two shafts that attach to a harness worn by the skier.Photo: Markus Sirkka/Lehtikuva

The history of the hut network goes back centuries. In olden times, they were essential for people traversing the long distances between the sparse settlements in the north.

Many were originally built for the use of loggers, raftsmen, reindeer herders or border guards. Quite a few were constructed specifically with hikers in mind, especially in the 1960s and ’70s. Nowadays most huts are maintained by the national forestry administration (Metsähallitus), which means that firewood, gas and other maintenance are provided courtesy of the Finnish taxpayers.

The accommodations vary greatly in size and amenities. The largest can house more than 20 people, while others only have space for two. All have either a wood-burning stove or a fireplace, and a dry toilet can always be found in the vicinity. A few precious locations even offer the luxury of a sauna – great if you’ve had a long day of sweat, rain and mosquitoes.

Typically, the huts are close to a lake or a stream, so water for cooking and washing is available. Some are in extremely pretty locations – one of my favourites is the tiny Porontimajoki hut in Kuusamo, along the popular Bear’s Trail hiking route.

This hut is actually an old mill, and part of it juts out over a river. I will always cherish the soundscape inside: lying in my sleeping bag on an October evening, I heard the gentle crackling of the fire to my right and the steady ripple of the stream to my left – a soothing lullaby.

Hikers should always carry some kind of tent, and never rely solely on the huts, which might happen to be full. More importantly, you can get into major difficulties if you get lost in bad weather and don’t have any kind of shelter. 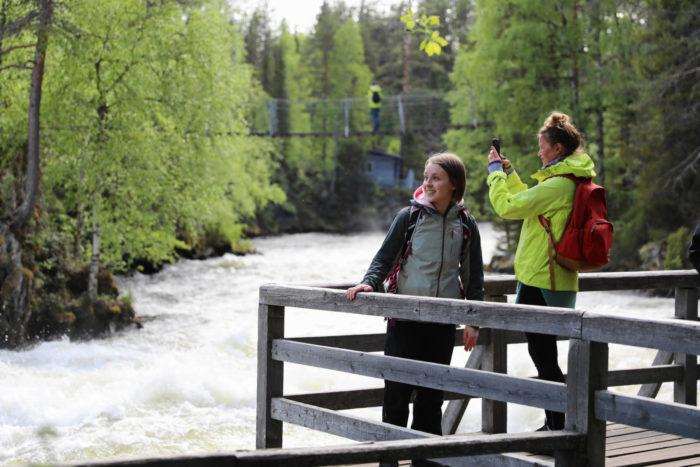 There’s a lot of nature to see and explore in Finland, such as this river near the northern town of Kuusamo.Photo: Harri Tarvainen/Visit Finland

One fascinating item found in almost every hut is the guestbook. Hikers usually write at least the date and their destination – this can be vital information for a rescue team in case there’s an accident on the trail or somebody gets lost. The pages make for a rudimentary statistics log: how many people, when, what kind of weather.

Some people are inspired to write lengthy travelogues and share their experiences with other visitors. Having enjoyed a night alone at Ailakkajärvi, I felt so fortunate that after scribbling a short description of my evening in the guestbook, I added a rhetorical question: “What have I done to deserve this?”

In most cases, hikers won’t pass the same hut twice on the same trip, so the guestbook is essentially one-way communication to future visitors. Remarks from previous visitors can provide valuable info about trail conditions.

When less is more 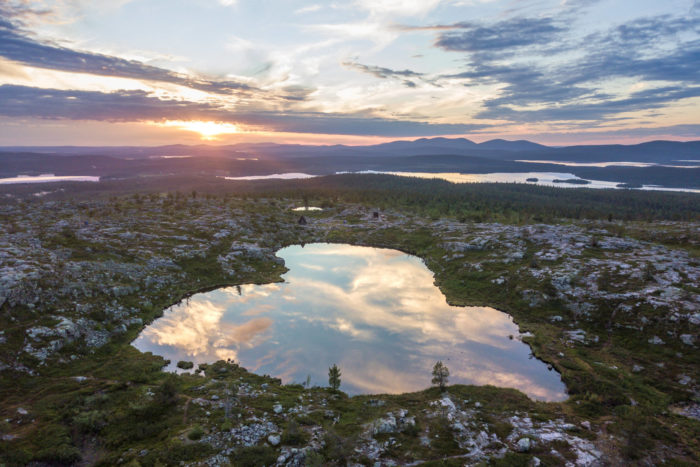 With several lakes reflecting the clouds, it appears that the mountainous landscape is merging with the sky at Särkitunturi in northwestern Finland.Photo: Markus Kiili/Visit Finland

There’s a certain dilemma that comes with having affection for the wild: you hope that people value the remaining wilderness areas enough to preserve them for posterity, yet at the same time you secretly hope that not too many people actually go there – at least not at the very same time and place as you.

After my one-night stay at Ailakkajärvi, I head north. Up and down the fells, through a wetland, and up again. I dine on the shore of a small lake situated in a pass between two peaks. I haven’t seen another soul all day.