Try watching bandy, a sport somewhat similar to hockey, played on an ice rink as big as a football field. Botnia in Helsinki’s Oulunkylä neighbourhood is one team offering season tickets at its local library. Here Botnia’s Matti Islander (in blue) moves the ball past HIFK’s Aku Ojanen.

When Helsinki’s swanky and enormous new central library Oodi (the name means “ode”) opened at the end of 2018, it attracted as much international attention for the variety of its services and facilities as for its fabulous architecture.

Finnish people, while hugely proud of the new landmark, were not greatly surprised that the library concept now embraced sewing machines and 3D printers, available for use at Oodi.

Oodi is the most conspicuous example of Finnish libraries’ established tradition of widening the horizons for public lending. The newest imaginative loan option has been gaining momentum in and beyond the capital: season tickets for sporting and cultural events.

People who invest in season tickets, reserving the same seats for every game or concert of the season, sometimes lend them to friends or business contacts, but now you can borrow certain tickets from the library. For a week or two, you are a season ticket holder. 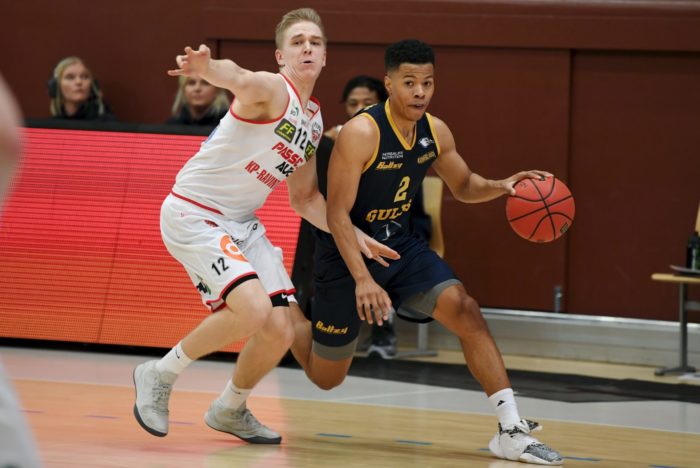 Helsinki Seagulls’ Trae Bell-Haynes (right) makes a break around Aatu Kivimäki of Vilpas, a club from the southwestern town of Salo, in Finland Cup action on January 25, 2020. The Seagulls won, 94–93.Photo: Antti Aimo-Koivisto/Lehtikuva

The concept was pioneered by Toni Leppänen, sports director of the Helsinki Seagulls basketball club, in autumn 2019. His initiative to make several season tickets to Seagulls matches available through the local library in the Töölö neighbourhood has caught on a big way. Now libraries throughout the capital and the rest of the country are making similar lending options available for all sorts of events.

“As far as I know, the cooperation between the Seagulls and Töölö Library was the first one of its kind,” says Rauha Maarno, secretary general of the Finnish Library Association. As far as she is aware, the concept of loaning season tickets is unique to Finland.

“It spread throughout Finland in a very organic way. People got excited and started thinking that this was something they could do locally.”

This democratisation of event access brings in spectators who normally wouldn’t, or couldn’t, spend money for tickets. And it’s also neighbourhood outreach for the teams – the season tickets are typically located at a library near the venue.

“The same kind of concept spread beyond sporting events to cultural events and concerts,” says Maarno. “I think it’s a really excellent innovation because it’s quite easy to make it happen. Libraries have the infrastructure to manage the season tickets and it’s easy to do anywhere in Finland.”

Ice hockey teams with tickets at libraries include JYP in Jyväskylä, Jokerit in Helsinki and both Tampere teams (Ilves and Tappara). In Vaasa you can borrow tickets to the hockey arena, the concert hall or the city theatre. Oodi’s collection includes the Helsinki Philharmonic Orchestra and the Finnish Radio Symphony Orchestra.

Ahead of the game 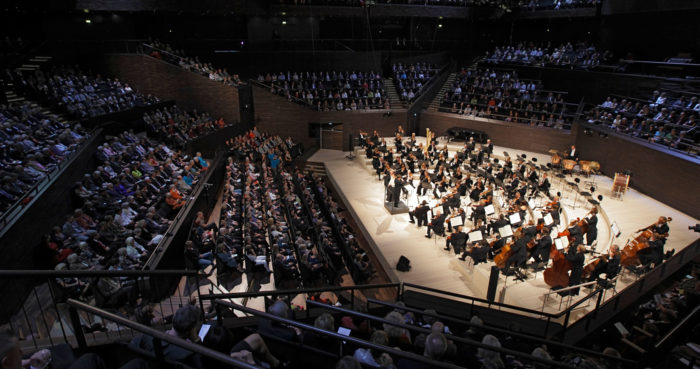 The Helsinki Philharmonic Orchestra plays on the main stage at the Music Centre, across the plaza from the Oodi Library, where you can conveniently borrow season tickets to their concerts.Photo: Heikki Tuuli

The original debate about whether Finnish libraries should expand their offerings beyond the customary books, music and films was settled long ago, at the beginning of the millennium. The surprising catalogue of items already available to borrowers at various libraries ranges from electric drills and snowshoes to garden equipment and a rowboat (stowed at the nearest beach, rather than on a bookshelf).

It also helps that Finnish law requires every municipality to be equipped with a public library. Some areas might face demographic challenges, such as falling tax revenues in ageing rural communities, but imaginative developments can help maintain the healthy 60-percent library usage rate recorded across the country.

“Finnish libraries are known for being ahead of the game, innovating and trying out new ideas,” says Maarno. “Librarians are very open; they want to develop services and are good at adapting to new ideas. There might be times when the libraries are short-staffed, so then there might be challenges, but I think the season ticket service is quite easy to offer.”