Lau Nau is one of many Finnish musicians experimenting with the ambient music genre, which Brian Eno has said is “designed to induce calm and space to think.”

Waves of electronic sound wash through a vast, Pantheon-like space under a 40-metre dome. Visitors lounge on platforms that shudder with vibrations from a sound bath and a gong wired to multiple speakers.

Butterfly Effect, an audio installation by Antti Tolvi, filled a century-old gasometer at Helsinki’s former Suvilahti power plant during Flow Festival – just one of a growing number of ambient phenomena in Finland.

Space is the place 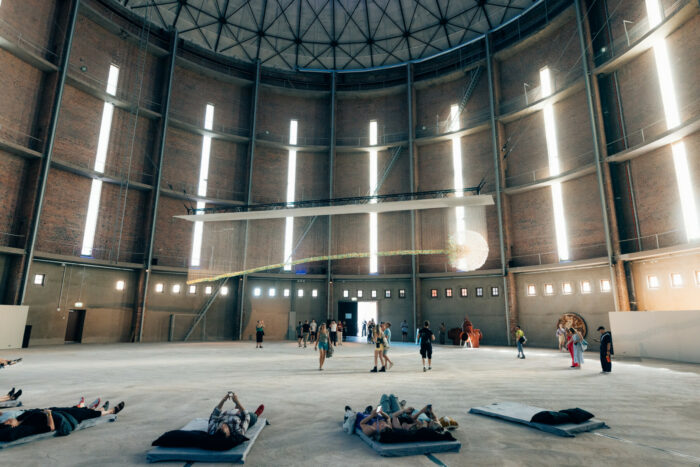 “I like to create sound with lots of empty space,” Tolvi tells me later. “Space is the place!”

Devotees of the genre gather each summer at events like Ambient Archipelago and Kiila Sound Days, both festivals on Finland’s southwest coast.

The term ambient was coined in 1978 by producer Brian Eno, who described it as music that is “designed to induce calm and space to think” and “as ignorable as it is interesting,” rewarding active and passive listening.

“The time is right for this kind of sound,” says Tolvi. “I guess we just need more softness and kindness as the world around us gets harder and harder.”

Music can be very emotional 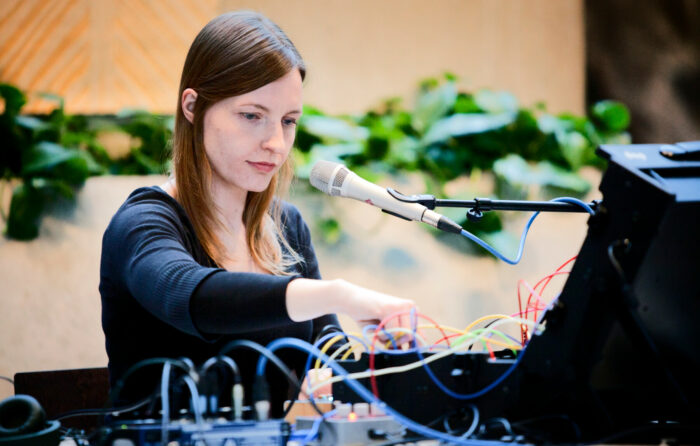 Lau Nau (Laura Naukkarinen) has performed at Flow, Ambient Archipelago and Kiila, and has toured the US, Asia and Europe. Her dozen albums range from film soundtracks to folky ballads to spacey atmospheres. While Naukkarinen doesn’t consider herself to be an ambient musician, she agrees that some of her work fits into the genre – which is tricky to define.

Ambient covers a range of slow-moving music and sound, in which atmosphere and texture outweigh rhythm or melody. Its many subgenres overlap with classical, electroacoustic, avant-garde, jazz, new age, drone and traditional music from around the globe.

“For film music, I may try to create an atmosphere that responds to a certain mood,” says Naukkarinen. “Sometimes my music can be very emotional. I hear people sobbing in the audience. I also enjoy making sounds that carry no feeling, just pure abstract sound.”

Her works feature field recordings of nature sounds, reflecting many years living on an island. “I find comfort in the sounds of nature, so I want to give some of that experience to the listener,” she says. 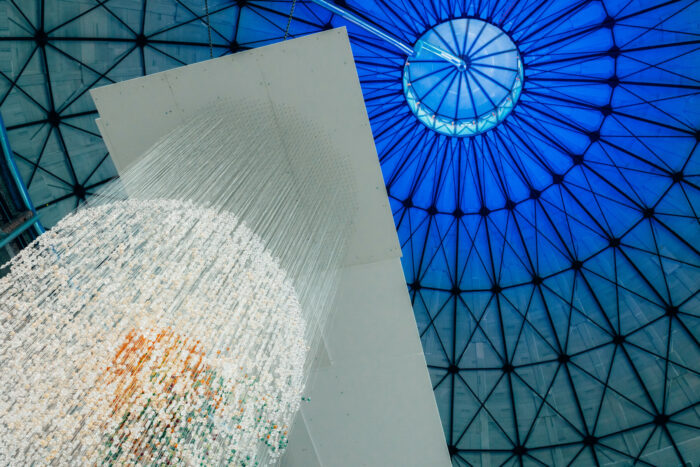 When Antti Tolvi’s installation was at Helsinki’s Flow Festival, the audience could gaze up at this view while listening.Photo: Petri Anttila/Flow Festival

One of the pioneers is Esa Kotilainen. He introduced the Moog synthesiser to Finland in the 1970s. In the 1990s, the group Pan Sonic earned a worldwide following with their minimalist soundscapes. Vladislav Delay (real name: Sasu Ripatti) has gained international acclaim for his bubbling ambient and his minimal techno, collaborating with Jamaican dub masters Sly & Robbie, Scottish composer Craig Armstrong and German vocalist Antye Greie.

Kumea Sound combines the handpan with traditional Finnish instruments such as the kantele and the jouhikko to mesmerising effect (the former is a traditional zither and Finland’s national instrument, while the latter is an ancient lyre played with a bow).

Jazz drummer Teppo Mäkynen has delved into ambient under the moniker 3TM. Timo Kaukolampi of rock group K-X-P has also branched out into minimalist film music and sound installations, including one for a Helsinki harbour terminal during the 2019 Helsinki Festival. 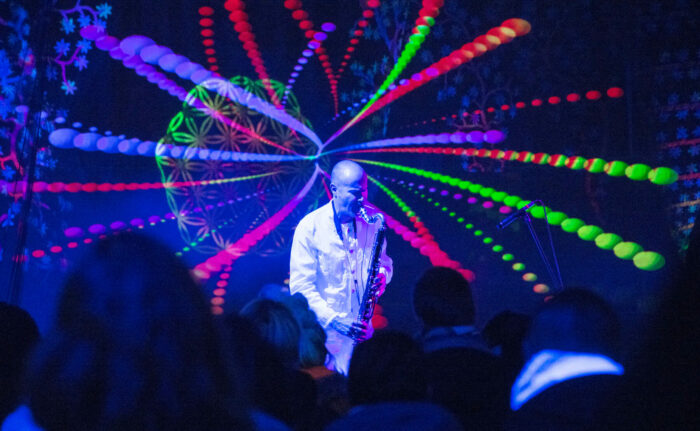 Ambient is increasingly used for meditation, yoga, dance performances, films and public installations. Covering all these bases is Tapani Rinne, best known as saxophonist of the electro-jazz group RinneRadio.

His melancholy, organic-edged ambient albums feature bass clarinet with effects. Alongside dance and yoga events, Rinne recently created a permanent sound installation for the railway station in the west-coast town of Pori.

“For me, music has its own value, but I have nothing against it being used in the background,” he says. “Many people use ambient as a soundscape while working, studying, chilling, exercising, cooking and so on.

“Streaming services offer these kinds of playlists, so it’s easy to find new music. Innovations in music technology have also made it easier to make ambient music, at least its more generic styles.”

Musician Timo Kaukolampi and light designer Jenni Pystynen collaborated on Silent Sea, a sound and sculpture installation at Helsinki’s West Terminal, for the Helsinki Festival in 2019. It reflected the enormity and majesty of the sea and the frailty of its ecosystem.Video: Helsinki Festival

Tolvi has performed while teaching tai chi, qigong and meditation for more than ten years. His career includes tours of the US and Asia, as well as 14 solo albums.

“If I create a sound bath in a yoga studio, I play the same way as at a minimalist concert,” he says. “I just play from silence and stillness.”  At the time of writing, Tolvi is preparing installations for the Sibelius Museum, in the southwestern city of Turku, and the Porvoo Art Factory, about 50 kilometres (30 miles) east of Helsinki.

“I don’t create sound with any specific purpose in mind, but it seems that many people use it as background for reading, falling asleep and so on,” says Tolvi. “My artistic practice centres on listening, not just with my ears, but with my whole being.

“The place where my work originates is somewhere beyond words, identity or any desire. So it may take your mind somewhere, to a similar space.”