Finland’s fine dining under the stars

Nordic dessert: This is how they do it at Luomo, one of the Finnish capital’s Michelin-starred restaurants.

Finland’s culinary scene continues to expand in exciting directions, with chefs bringing out innovative, exhilarating flavours. Helsinki now offers more Michelin-starred restaurants than ever, despite the exit of the capital’s most renowned fine dining establishment.

The country’s most famous Michelin-starred restaurant during the noughties was Chez Dominique. Serving Finnish-French cuisine, it received its first star in 2001, and earned a second in 2003. It held on to both stars until closing its doors, despite its fame, in 2013.

Its success gave rise to a true trickledown effect in the local industry, with Chez Dominique employees soaking up knowledge and experience while working there and incorporating that expertise into their own endeavours later.

One menu for all 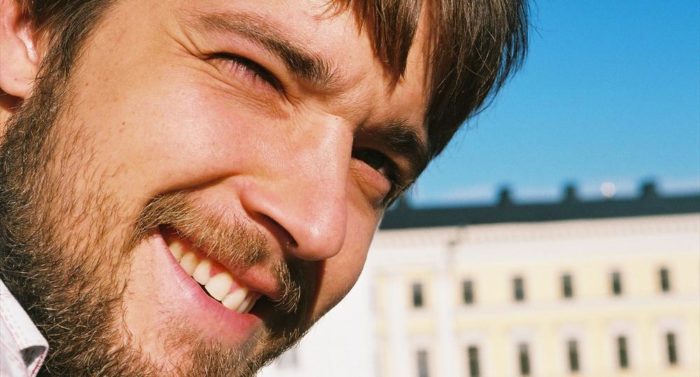 Filip Langhoff is co-owner and head chef of the Michelin-starred Ask in the Helsinki neighbourhood of Kruununhaka.Photo: Linda Stenman-Langhoff

“Chez Dominique was like a little college,” explains Jouni Toivanen, owner and chef of the Michelin-starred Luomo. “So many chefs from there have since opened their own restaurants.”

Offering local cuisine with a hint of international flavours and techniques, Luomo is situated next to Market Square in the heart of the city. The restaurant opened in 2009, with the idea of serving only one menu, for all people at a reasonable price. The people duly responded, and Luomo was awarded a Michelin star nine months later.

“You’re not after it, but it’s a reward,” Toivanen says. “It has not affected the way I run the restaurant. We have changed a little bit over the past five years: now we have à la carte and serve mainly Finnish food.”

Luomo forms one of six Michelin-starred restaurants in Finland – all located in the capital city.

“They are all small and privately owned,” says Filip Langhoff, co-owner and head chef of Ask, which recently joined the elite list. The other newcomer is Chef & Sommelier, on the other side of town. “All have a really strong chef, either as a co-owner or working actively in the restaurant.” 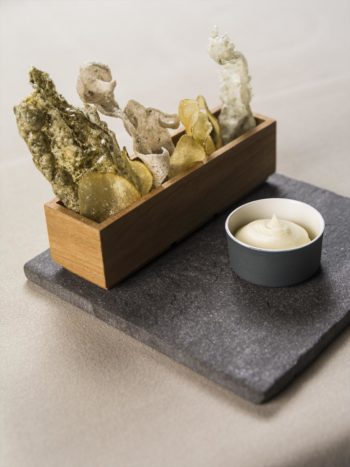 An intimately small establishment serving Nordic cuisine in the Kruununhaka neighbourhood, Ask quickly gained favour after opening its doors in 2012.

“The restaurant follows our own philosophy by using only organic food – like we do at home,” Langhoff says. “We don’t want to serve our guests something we wouldn’t eat ourselves. If guests leave here feeling they have had dinner in our living room, then we have succeeded.”

Unsurprisingly, Langhoff and his wife Linda also used to work at Chez Dominique. “The local scene here is evolving really fast,” Langhoff says. “From high-end restaurants to an interesting street food segment, Helsinki is starting to have a broad food scene. There is a good variety, which is great for a city this size.”

Meanwhile, you might ask, what’s going on in the building that Chez Dominique used to occupy? Its chef, Hans Välimäki, opened two new restaurants there: Rikhards, a gastropub, and Välimäki, which seats only eight people – at one round table.

Finnish autumn brings out the flavours

In autumn, Finns feast on fresh local food. A Helsinki chef explains what’s so special about fall – and shares recipes.