In his search for Finnish wild food, chef Sami Tallberg (right) may forage for edible plants and mushrooms in the forest or “catch” some fresh fish on Helsinki’s Market Square.

Wild foods form a growing export sector for Finland, and often figure in the country’s entries into world cooking championships such as the Bocuse d’Or. Chef Sami Tallberg urges people to fearlessly season their everyday lives with the tastes of the wild.

He points to its frosty innards and says: “Who needs foie gras? You can make great paté in the same way from this fat liver.”

As Finland’s best-known champion of wild food, Tallberg has been urging people to taste off-the-beaten-track foods from nature. In books, TV shows and world travels with government ministers, he’s been sharing his enthusiasm for nature’s powerful superfoods. Rich in flavours, nutrition and colour, these free foods rate highly in any ecological or ethical comparison. 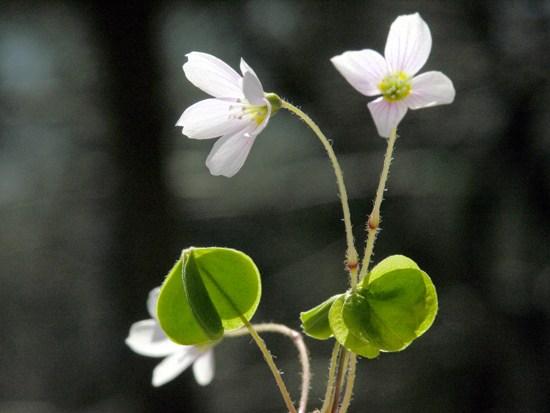 Wood sorrel is one edible plant that can be foraged in the forests of Finland.Photo: Jouko Lehmuskallio/NatureGate

“Whenever possible, I use sustainably harvested wild foods and always try to use as many parts of the plant or animal as possible,” says Tallberg. “If there’s something that’s not available domestically, like shellfish, I prefer to use Nordic stuff to limit the carbon ‘foodprint.’ I’m a bit idealistic about this.”

Tallberg was bitten by the wild-food bug in the early 2000s while working at a restaurant in London:

“One day this forager, Miles Irving, came in to offer us some sea kale, which is kind of like broccoli, an extremely delicious and noble plant. He kept bringing me other plants and herbs. They were challenging – I didn’t know what to do with them at first. He asked me and some other chefs for ideas for his book, and took me foraging in Kent. I began to realise the possibilities of things like wild fennel and watercress. It really broadened my spectrum.”

After returning to Finland five years ago, Tallberg began tasting plants, mushrooms, berries, mosses and lichens in the forest. Soon he was replacing parsley with ground elder and Italian arugula with wild yellow rocketcress, and inventing uses for nettles and spruce shoots. 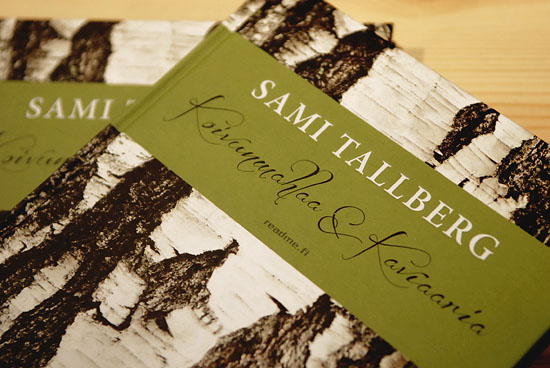 Sami Tallberg has written or contributed to a number of books about wild food, including “Koivunmahlaa & Kaviaaria” (Birch Sap and Caviar). Photo: Sinimaaria Kangas

Tallberg stresses the importance of carefully identifying everything, recommending the NatureGate website and app, which include clear photos of Finnish species with their names in eight languages. This is especially important with mushrooms, of course.

Teaming up with hunters and fishermen, he began exploring elk, venison, fowl and fish: “Sea pike is so beautiful, clean and versatile. Most people prefer small ones, but the big ones taste great and are easier to bone. You can eat them raw as sashimi or as ceviche with vinegar.”

Tallberg has spread the gospel of wild food at Helsinki’s prestigious Carelia and Kämp restaurants and in his books: the bilingual Wild Herb Cookbook and Koivunmahlaa & Kaviaaria (Birch Sap and Caviar). He also supplied recipes for another book, Mäti (Roe). In spring 2013 he was on Finland’s Top Chef TV show judging wild food dishes.

Growing into a movement 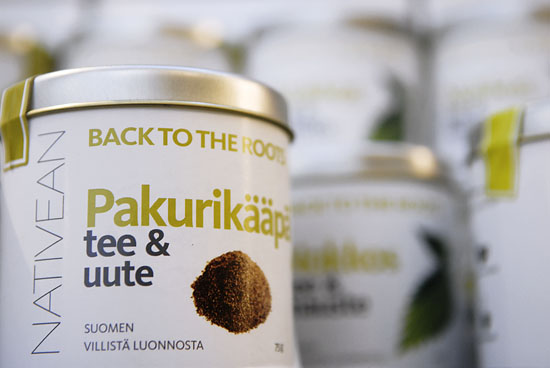 What about wild food pharmacy? The chaga mushroom can be dried, ground and used to brew a tea that some believe has medicinal properties. Photo: Sinimaaria Kangas

At Finnish markets, you can buy boletus mushrooms, which are popular with Italians, who import them or come to Finland on mushroom-picking trips. Meanwhile wild lingonberries and blueberries – which help prevent cardiovascular disease and yield other health benefits – have proven a hit with visitors from Japan and China. In summer and autumn, traditional Finnish markets sell a wealth of berries and mushrooms, with fish available all year round.

Finnish wild foods have been boosted by high-profile events such as the Cook it Raw gathering of top chefs, held in Lapland in 2010, and by active support from Alexander Stubb, who was Minister for Foreign Trade between 2011 to 2014 and took Tallberg along to showcase wild food in countries all over the world.

She was part of the team behind chef Mika Palonen, who represented Finland with a Finnish wild food theme at the world chefs’ competition Bocuse d’Or in January 2013 in France. Palonen conjures up dishes featuring deep-fried lichen, lingonberries, juniper, boletus mushrooms – and some wild rose petals donated by Tallberg.