Finnish autumn brings out the flavours

In autumn, Finns feast on fresh local food. A Helsinki chef explains what’s so special about fall – and shares recipes.

Jukka Nykänen, head chef at the Juuri restaurant in Helsinki, tells us why autumn is the high point of the year for Finnish cuisine.

When autumn arrives, Finns cook up a feast using ingredients found above and below the ground. A Helsinki chef explains what’s so special about fall food in Finland, and even shares a few recipes.

As the long days of summer fade and autumn approaches, the Finns get back in the swing of working life or recommence their studies, and many people take up new hobbies. The autumn also influences the world of Finnish cuisine.

“Summer’s always hectic, everything happens really fast,” says Jukka Nykänen, head chef at Helsinki’s Juuri restaurant. “In the autumn everything starts to slow down a bit. I really like it, as the beginning of the season is pretty much the high time of the year in terms of food.”

An abundance of taste 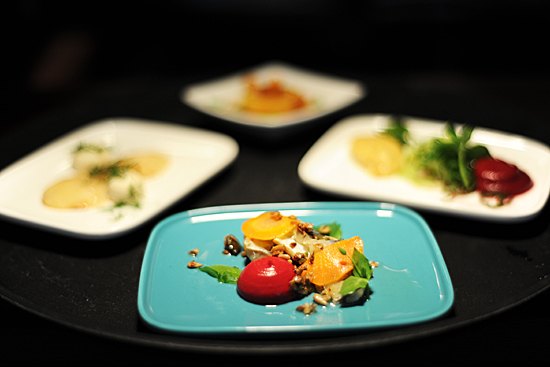 The menu at Juuri is made up of “sapas” dishes, a Finnish take on “tapas” (the “s” comes from Suomi, the Finnish word for “Finland.”)Photo: Emilia Kangasluoma

A typical Finnish autumn dining table offers an indulgence of delicious seasonal tastes that utilise the abundance of fresh ingredients on hand.

“It’s the ‘in’ season for almost everything,” Nykänen says enthusiastically. “We have fresh, good-quality vegetables, hunting season starts for different kinds of game and there are many things we can forage for at this time of the year.”

Indeed, after the summer months spent plucking nature’s goodies, such as berries, from the multitude of forests around the country, there are still plenty of mushrooms to be discovered during the autumn. In fact, the number of varieties on offer actually increases over the autumn, with the last mushrooms of the season eventually being picked from underneath the first blanket of winter snow. 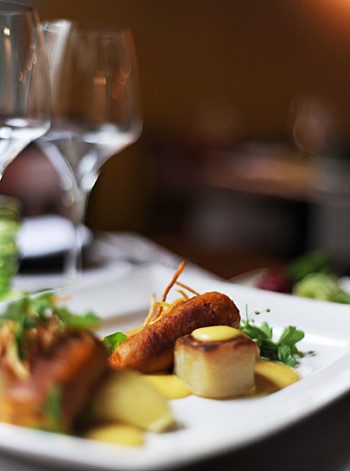 While many ingredients are found aboveground, autumn also sees numerous flavours and textures produced beneath the surface.

“As a chef, the main thing for me this time of year is that root vegetables are in their prime,” Nykänen explains. “The range of what Finns do with root vegetables these days is much wider than it used to be. They aren’t a necessity for each meal anymore.”

Given that the name of the restaurant, Juuri, is the Finnish word for “root,” it should come as no surprise that Nykänen’s kitchen concocts numerous combinations of root vegetables.

“I love to use them all, as they each have a different nature and texture,” he says. “We have a vegetarian sausage made with barley and five different kinds of root vegetables. We also make ketchup from beetroot, and use parsley root in desserts. Your imagination is the only limitation you have.” 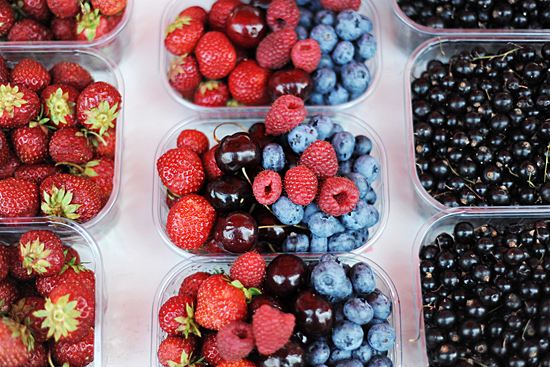 Elsewhere around the country as autumn sets in, the northern region of Lapland in particular begins to experience ruska, the annual spectacular bloom of colours as leaves change colour. However, having grown up in Finland’s former capital city of Turku, in the southwest of the country, Nykänen has other memories of the season.

“When I look back on my childhood, it pretty much revolves around food,” he says, smiling. “My mother and my grandmothers were good cooks. We always ate a lot of cabbage during autumn: cabbage rolls, cabbage casseroles, cabbage stews. We used to fish a lot, catching plenty of pike and perch. Our neighbour was an enthusiastic hunter so we had wild game. I was really lucky.”

While such seasonal staples are still commonplace in Finnish homes, a lot has changed on the local foodie scene in recent years.

“Now is the time to build our food culture, as people don’t have preconceived notions of what Finnish dining culture consists of,” Nykänen observes. “We don’t have a long history of dining out. This is a really great time to be in the cuisine field in Finland.”

And with that, Nykänen is ready to disappear into the kitchen once again, to see what flavoursome innovations he can devise for his customers.

Autumn cuisine according to Jukka

“With the more traditional dishes of Finnish autumn, such as venison meatballs and cabbage rolls,” says chef Jukka Nykänen of the restaurant Juuri, “the nature and the charm of these dishes is to make them by feel and intuition – therefore it’s more or less impossible to write an exact recipe for them. The following dishes are some that I have used at Juuri, with a focus on root vegetables and mushrooms.”

Chop the mushrooms a bit smaller and chop the onion, garlic and thyme finely. Heat a frying pan, add some butter and let it melt. Pour all the ingredients in the pan and fry until cooked. Season with salt and pepper. Let the mushrooms cool down before using in the brioche. 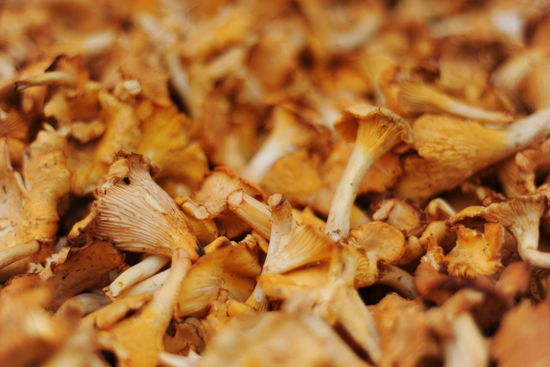 Heat the milk to hand temperature and dissolve the yeast into it. Mix in eggs, sugar, salt and the mushroom mix. Knead in the flour, add the butter and keep kneading for a while. Let the dough rise for about two hours. Butter an adequate-sized baking dish, knead the dough once more and lift into the form. Let it rise again and bake in the oven (175 degrees Celsius) until done. Afterwards, let the brioche cool down before cutting.

When serving, cut the brioche into slices 1 to 2 cm thick and fry with butter. Serve with a traditional salad made from preserved wild mushrooms and cream cheese mixed with roast onion puree.

Cook the porridge a day before making the casserole. When preparing the casserole, preheat the oven to 160 degrees Celsius. Mix all the casserole ingredients together. Pour the mix into a buttered casserole dish, put into the oven and bake until set (about 30 min). Let the casserole cool down and leave until the next day. Take it out and cut into pieces. 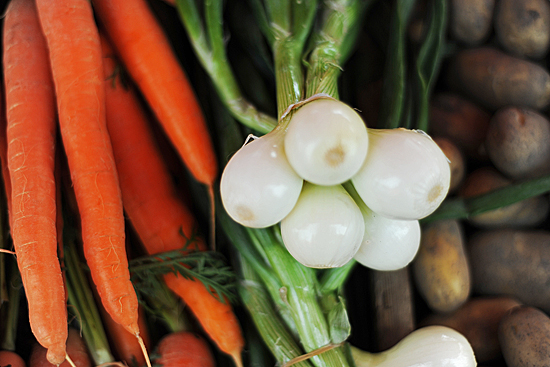 Cut the meat into bite-size pieces and chop all the vegetables. Heat a cast-iron casserole and melt the butter. Brown the meat and the onions until nicely brown. Add the beer, the bouquet garni and the spices. Season with salt (start with around 15 g, a tablespoon. If using salted stock, add less salt). Let cook for about 60 to 90 minutes and add the root vegetables. Let simmer until the meat is tender.