The Åland Islands, located in the Baltic Sea between Finland and Sweden, are known partly for their rugged beauty, such as this rocky shoreline where a few people are having a picnic.

It’s almost impossible to imagine now, but conflict between Nordic friends and neighbours Finland and Sweden was considered a very real possibility a century ago.

At the centre of the dispute were the Åland Islands, a Baltic archipelago extending from the southwest corner of Finland towards the eastern coast of Sweden. Thanks to an agreement created in the 1920s, people know Åland as a very peaceful place, not only because of its rugged natural beauty, but also because of its demilitarised status.

Strong ties to the Swedish language 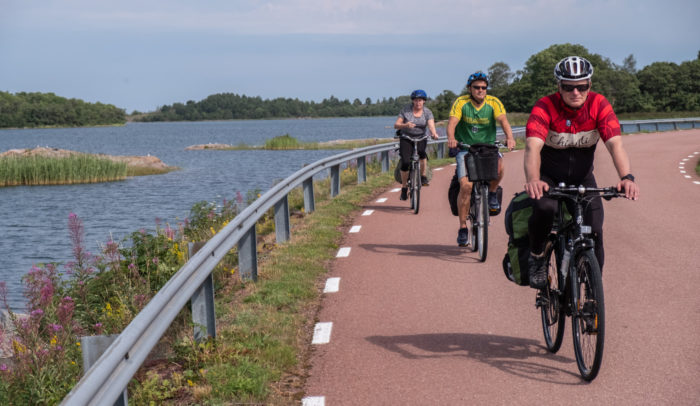 Touring the archipelago by bike is a classic Åland summer activity that allows you to take in the fresh sea air and the verdant island landscapes.Photo: Tim Bird/Finland Image Bank

The name “Åland” is a Swedish-language word. While the islands also have a Finnish-language name (Ahvenanmaa), Åland’s culture is closely linked with the Swedish language, and the archipelago is Swedish-speaking. (Many people in mainland Finland speak Swedish as their first language, and it is one of Finland’s official languages.)

Åland’s Swedish-language culture is preserved by autonomy within Finnish sovereignty, under an arrangement originally supervised by the League of Nations. Signed in 1921 and implemented in 1922, the agreement is recognised as a significant success of that organisation, whose ideals took a more substantial platform with the foundation of the United Nations more than two decades later.

The “Åland question” was an item of unfinished business dating back to the 1809 Treaty of Fredrikshamn, which transferred the islands from Sweden to the Grand Duchy of Finland, part of the Russian empire. Åland’s fate came into sharper focus when Finland gained independence from Russia in 1917. 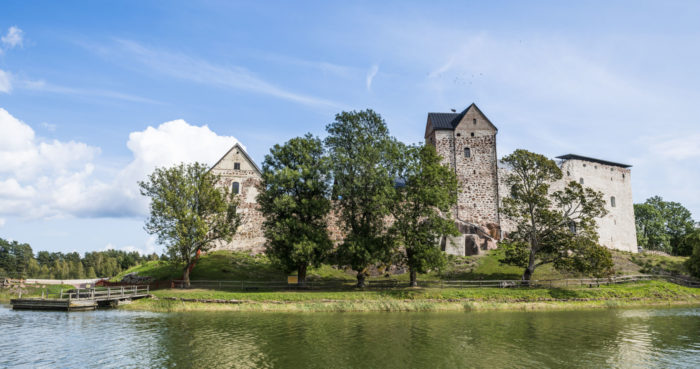 The annual Kastelholm Talks on Peace normally take place at the 14th-century fortress of Kastelholm in Åland, but moved online in 2021 in keeping with coronavirus-related restrictions.Photo: Michael Runkel/Westend61/Lehtikuva

Centenary celebrations culminate in 2022 on Åland’s annual Autonomy Day (June 9). A programme of events stretches over the whole year preceding that date; the highlight is the opening of a visitor centre at the historic fortress of Bomarsund. It was the scene of a Crimean War bombardment by an Anglo-French fleet of the Russian garrison in 1854.

The Åland Islands Peace Institute holds its Kastelholm Talks on Peace every year on or near March 30, which is Åland Demilitarisation Day. The event normally happens at the eponymous castle in Åland, but it moved online in 2021, and has an additional poignancy because the archipelago’s centenary year is coming into view.

“The Institute was set up at the end of the Cold War in 1992 as a nonpolitical charity, funded by contributions from various sources, to focus on conflict resolution, self-governance, minority issues and demilitarisation,” says Sia Spiliopoulou Åkermark, director of the Åland Islands Peace Institute.

Lawyers and political scientists sometimes refer to Åland’s special status and history as the Åland Example. The success of the Åland Example in terms of peaceful conflict resolution is a starting point, says Spiliopoulou Åkermark, serving as just that – an example, rather than a fixed model for others to follow. Historical and political circumstances are never set in stone, and there is no one-size-fits-all solution or template for widely varying instances of conflict resolution. (ThisisFINLAND has also written about the Åland Example.) 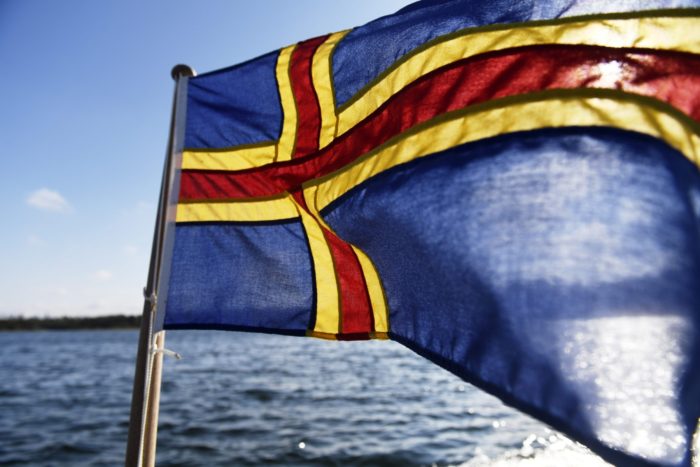 Åland’s flag, shown here flying from the back of a boat, is a variation on the cross pattern seen across the Nordic countries.Photo: Vesa Moilanen/Lehtikuva

“Åland’s combination of autonomy, the protection of language rights and minority culture, democratisation and demilitarisation is unique and can’t be found anywhere else, as far as I know,” says researcher Susann Simolin, head of information at the institute. “The Åland Example has proved to be of interest to others looking for ways to manage disputes and to see if there is anything they can learn.”

Discussions at the 2021 Kastelholm Talks on March 29, with former Finnish President Tarja Halonen acting as patron, follow the theme “Making Peace – Meetings, Mediators and Peace.” Taking place online increases the reach of the event, giving it a much wider potential audience than usual.

In addition to Halonen and Spiliopoulou Åkermark, the panel includes Jan Eliasson, who formerly served as Sweden’s ambassador to the US and to the UN, and as deputy secretary-general of the UN; and Björn Vikström, a former bishop who is professor of theology at Åbo Akademi in the southwestern Finnish city of Turku.

On Finland’s autonomous Åland Islands, we taste champagne that spent nearly 200 years in a shipwreck on the floor of the Baltic Sea.