Now that’s a pancake: Åland’s traditional baked pancake is guaranteed to restore any calories visitors shed while exploring this lovely archipelago in the Baltic Sea.

New businesses are springing up based on treasured traditions as Finland’s autonomous archipelago province Åland rediscovers and savours its local culinary heritage, including fruit, fish, beer and pancakes (recipe below).

Michael Björklund, a prize-winning celebrity chef familiar to TV viewers in both Finland and Sweden, has gone back to his roots on the Åland Islands, west of the Finnish mainland, to set up Smakby (Taste Village). This culinary centre for Åland has an idyllic setting beside the medieval Kastelholm Castle and the picturesque outdoor museum Jan Karlsgården, which celebrates local rural building styles.

“At Smakby we want to celebrate Åland’s culinary traditions, which are a bit different from elsewhere in Finland, with more influences from Sweden and from Russia,” Björklund says. “I want my kids and their generation to learn the old ways to make food, so they can enjoy the tastes and smells I remember from my childhood.”

Land of milk and honey 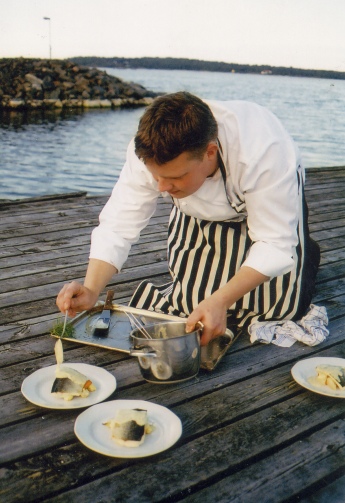 “Åland has fertile soils that formed on the sea bottom,” Björklund continues. “Our climate is also a bit different, with a cool spring but a long mild autumn, so vegetables like potatoes and asparagus and fruits like apples, strawberries and buckthorn grow slowly, concentrating the taste wonderfully!”

The restaurant at Jan Karlsgården already serves home cooking featuring taste-packed local ingredients, but Björklund enthusiastically explains his ambitious plans to expand Smakby into an artisanal complex that will be both a tourist attraction and an educational facility – with a seasonal hotel doubling as accommodation for student chefs.

Björklund is pleased that Åland farmers are increasingly going organic: “There are many small producers here – which is great for chefs like me interested in quality more than quantity. Small is beautiful!” 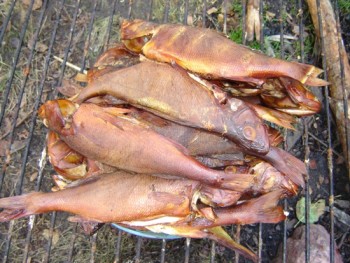 “We’re proud of our concept of ‘slow beer,’ which involves giving fermenting beer much more time to develop its taste, unlike most of today’s industrially mass-produced beers,” says Christian Ekström, who manages Stallhagen brewery’s gastropub.

“We’re more interested in quality than volume, and we also want people to take time to savour our beer, together with good food and the cultural events we organise here,” adds Ekström. Local fish, game and lamb dishes feature on the menu of the rustic Pub Stallhagen, which is becoming increasingly popular among islanders and tourists.

Ekström’s own favourite brews include Stallhagen’s Czech-style pilsner and a smoky Baltic porter produced according to an old local recipe. A diver in his free time, Ekström recently recovered several bottles of nearly 200-year-old beer and champagne from a Baltic shipwreck. Experts are currently analysing the bottles’ contents, and Ekström hopes to recreate the tastes that people around the Baltic enjoyed in the early 19th century.

His dream very much reflects the Åland islanders’ rediscovery of the joys of local food and drink.