Director Dome Karukoski (left) on set with actor Antti Litja during filming of “The Grump,” Finland’s most-watched movie in 2014.

Director Dome Karukoski’s unique perspective is reaching a rapidly growing audience. Skilfully balancing both European and US sensibilities, he has been named one of the Top 10 Directors to Watch by US industry bible Variety.

It’s September 2014 and Dome Karukoski is attending the premiere of his sixth feature-length film, The Grump, at the Toronto Film Festival. Surrounded by film fans and industry types, he regularly looks over his shoulder to gauge their reaction. Soon he doesn’t need to, with their regular bursts of laughter reflecting yet another positive response to the Finnish director’s work.

Watch the trailer for Karukoski’s acclaimed film “The Grump.”

Based on the acclaimed series by Finnish author Tuomas Kyrö, The Grump offers a touching look at the generational divide. Here, an 80-year-old countrysider brings his peculiar opinions in tow when circumstances force him to move to the city under the care of his daughter-in-law.

Similar words have been used to describe his adaptation. Screen praised the “poignant exploration of loneliness, old age and the pitfalls and pleasures of remaining resolutely stuck in your ways,” and The Grump was Finland’s most-watched movie in 2014. But for a director still in his 30s, why make a film whose protagonist is well into the twilight of life?

“I made the film for my father,” Karukoski says with a smile. “He is kind of a grump: he complains about things and he’s agitated. Actually, it was his idea that the film should be called ‘The Grump.’ He has self-irony.” 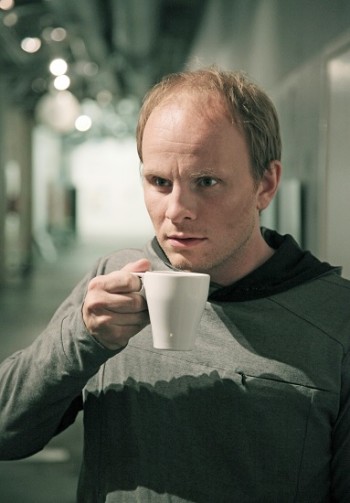 Son of American actor, writer and poet George Dickerson, Karukoski was born in Cyprus and moved to Finland when he was four-and-a-half. He grew up his mother’s country; his multicultural background would go on to inform his cinematic style.

Critical and commercial success was immediate when he burst onto the scene with the comedy-drama Beauty and the Bastard in 2006. Industry recognition was also swift: he won Best Director at the Finnish National Film Awards for his sophomore effort, The Home of Dark Butterflies, two years later.

Karukoski traversed the country in search of interesting stories, not interested in confining himself to any one genre or particular approach. His fourth full-length, Lapland Odyssey, saw him head far north in 2010 with hilarious results. The year’s biggest draw at the domestic box office, Karukoski’s film “showed the stubbornness of the Finnish mentality,” with a warm-hearted take on life in Finnish Lapland.

In 2013, Heart of a Lion cemented Karukoski’s reputation as a filmmaker. “The film finds a way to mix hatred with humour,” observed the Los Angeles Times. In the movie, a neo-Nazi is forced to confront his ideology when he falls in love with a woman whose son is biracial.

The resultant wave of critical acclaim saw him join Variety’s list of ten directors to watch. 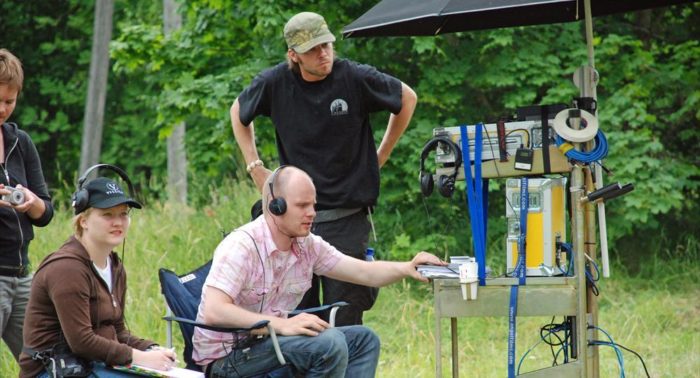 Karukoski (centre, light shirt) takes a seat during the shooting of “The Home of Dark Butterflies.”Photo: Solar Films

However, even with the seductive charms of Hollywood beckoning, Karukoski’s attitude has remained pragmatically Finnish when looking for future projects.

“It’s not about the country, it’s about finding a good story that you relate to. I always like to make emotional films about real people. I am half-American, so it wouldn’t be a problem to go overseas, but it’s not an obsession. If there’s a good script or a good book, then why not?”

For the time being, Karukoski is focused on what promises to be his most ambitious project yet: a film about the iconic Finnish gay artist Tom of Finland. [Editor’s update: The film Tom of Finland, released in early 2017, gets some space in our Tom of Finland article; link below.]

“After I read a couple of biographies, I was totally startled by the character and his history. It is difficult to put a person’s life into two hours, but we want to make a good script before we shoot it.”

When it is eventually released, the film will be greeted by Finnish cinemagoers hungry for local stories. With the film industry here in its strongest position in years, Karukoski feels that it’s high time to utilise the support of the public. Given the bold subject matter of his forthcoming work, Karukoski will be leading by example.

“I think Finnish filmmakers should be courageous,” he says. “Now that we have the audience, we shouldn’t be afraid of losing them. We should offer them something more and different and unique.”