Icy waters line the way as the ferry nears the island fortress of Suomenlinna, a 15-minute ride from downtown Helsinki.

During the cold season you can have the Suomenlinna island fortress, one of Finland’s most visited tourist locations, almost to yourself. This Unesco World Heritage site just outside Helsinki harbour remains ruggedly beautiful throughout the winter, when ice, light, water, snow and rock convey uniquely enchanting impressions.

Jump onboard the Suomenlinna ferry, or take the warm way out and view our slideshow.

Reverse angle: The jetty barracks seen from the top of the hill, right at home under a soft layer of snow. Photo: Tim Bird

Walking home: Suomenlinna, actually made up of six different islands, forms a Unesco World Heritage site and is also home to about 900 people. Photo: Tim Bird 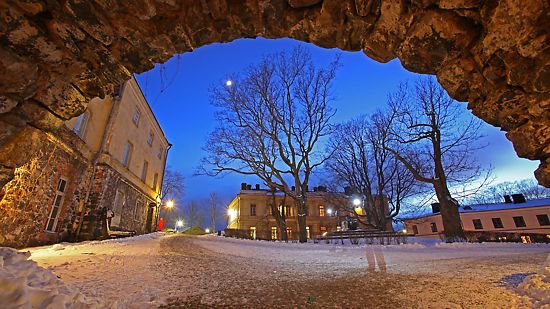 A ghostly light fills the square where Swedish officer Augustin Ehrensvärd (1710-1772) was laid to rest. Construction of the Suomenlinna fortress began under Ehrensvärd's supervision in 1750. Photo: Tim Bird

While Helsinki glows in the distance, some visitors to Suomenlinna show up in the foreground - there and gone again. Photo: Tim Bird 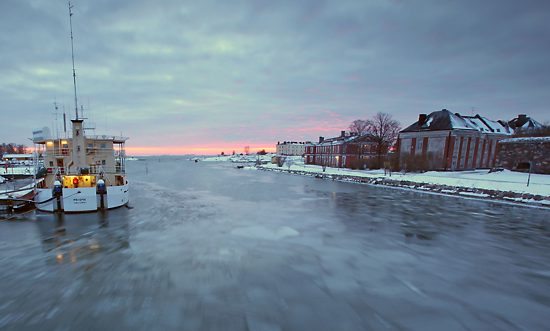 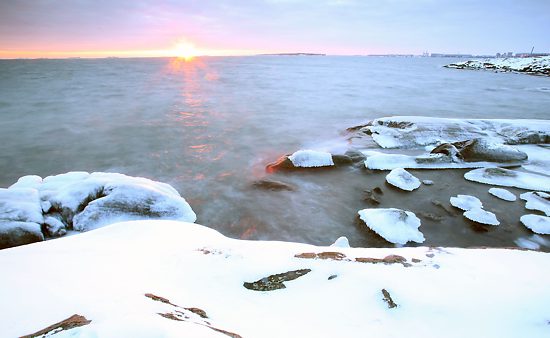 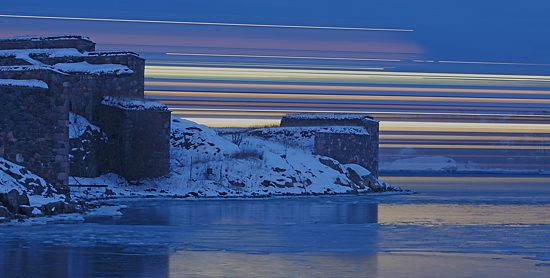 Suomenlinna forms a gate to Helsinki harbour, and it is not uncommon to see huge ships glide past behind the battlements. In this magical shot, the Silja Line cruise ship bound for Stockholm slides by, seemingly leaving nothing but a trail of light. Photo: Tim Bird

Evening falls on Suomenlinna and a calm sea, with Helsinki's smokestacks and church towers visible in the background. Photo: Tim Bird 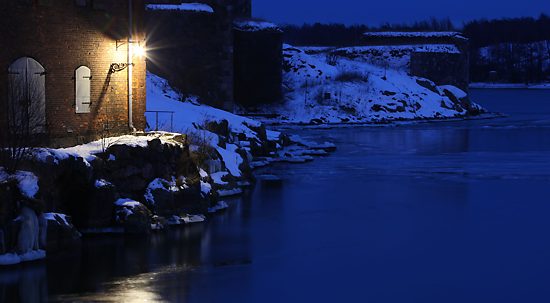 Dusk is just about to turn from indigo to black on this outer edge of the fortress. Photo: Tim Bird

The tower of Suomenlinna Church doubles as a lighthouse and is visible from many points on the mainland. Photo: Tim Bird

Sun and surf in the Finnish capital
Life & societySociety

Sun and surf in the Finnish capital

You don’t have to leave Helsinki to find a good beach. Grab your towel and your sunscreen, let’s go!