Perfect place for a picnic: Just a 15-minute ferry ride from downtown Helsinki, the island fortress of Suomenlinna receives 700,000 visitors each year.

The island fortress of Suomenlinna, a Unesco World Heritage Site, is hugely popular among tourists and locals alike. Fifteen minutes by ferry from Helsinki’s Market Square, its 80 hectares form an ideal destination for an excursion lasting several hours or a whole day.

You can walk the cobblestone paths, admire the coastal landscape of the Finnish capital, have a picnic by the water, go for a swim, check out the museums, watch crisscrossing ferries and sailboats, or visit the various cafés and restaurants.

We’ve gathered a quick list of Suomenlinna trivia to whet your appetite. 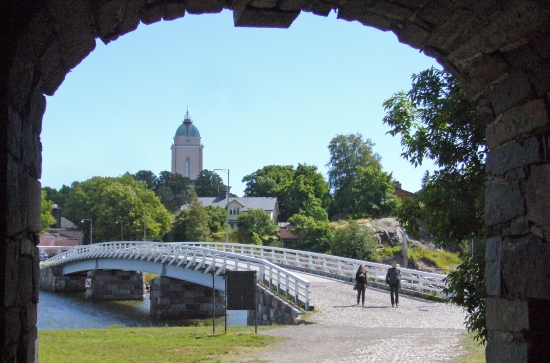 Visitors roam Suomenlinna’s paths, bridges and embankments, taking in the sights, sounds and sea views. The tower of Suomenlinna Church doubles as a lighthouse.Photo: Peter Marten