Finnish Lapland in the far north is really the best place to see the Northern Lights, but “Borealis,” by Swiss artist Dan Acher, did a surprisingly good job of recreating their effect in Helsinki’s Olympic Stadium.

Just a few days into the new year and only a couple weeks after the winter solstice, daylight hours are still at a minimum. Lux Helsinki pierces the January night with light installations and luminous outdoor artworks across the city.

For Lux Helsinki 2022, organisers spread installations across the city, providing many entry points to the festival in order to avoid the formation of crowds, so that viewers could maintain social distancing. Light-seekers bundled up to stay warm in bracing temperatures that hovered around minus eight degrees Celsius (17 degrees Fahrenheit) for much of the week.

Most of the installations revved up for five hours each evening starting at five o’clock, for five nights in a row beginning January 5. Several of them also lit up for Lux Morning one day a couple hours before sunrise, which happens at about 9:20 in Helsinki at this time of year (sunset is at about 3:30 pm).

The festival of illumination reminds Helsinkians that they have emerged on the other side of the solstice and the days are already getting longer. Moving through February, day will continue to gain on night, and by late March the light will have a clear upper hand. While the weather often remains chilly throughout April, the already long hours of daylight reassure people that summer is on its way. 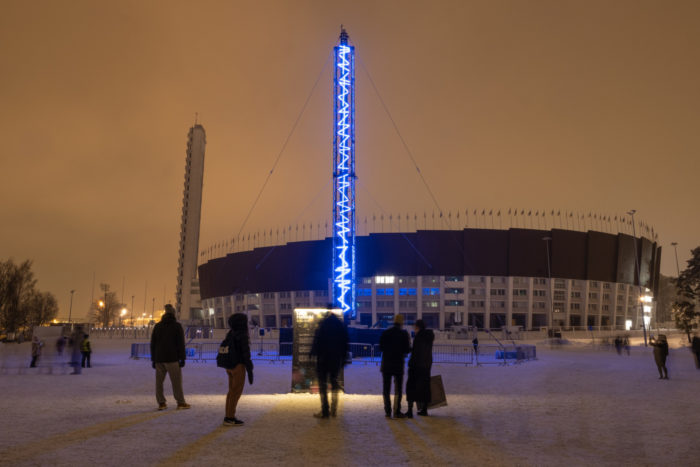 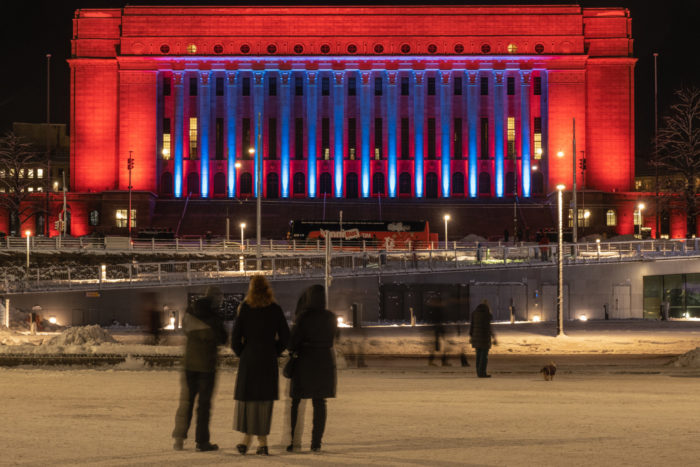 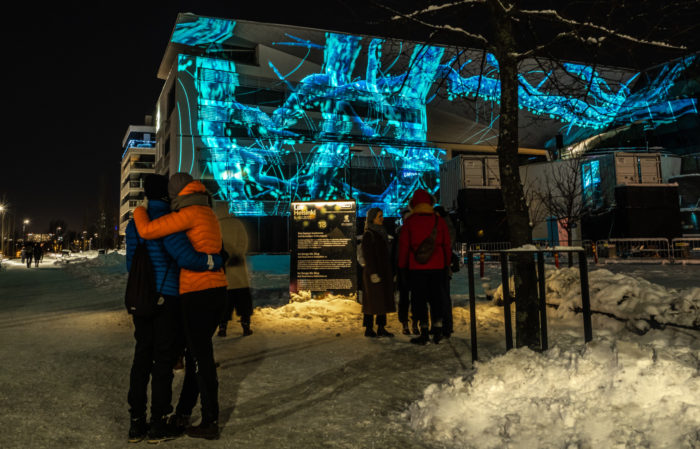 The Soil Searchers Collective, made up of artists, musicians and scientists, created the 3D video projection “Its Songs We Sing,” representing the fungal networks and diverse biological universe that exist among forest root systems. Photo: Tim Bird 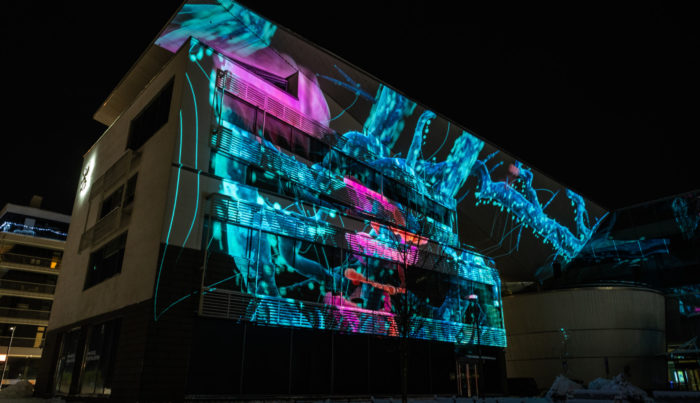 Understanding the microbes of the subterranean ecosystem depicted in “Its Songs We Sing” is more essential to the future of humanity than most people realise. Photo: Tim Bird 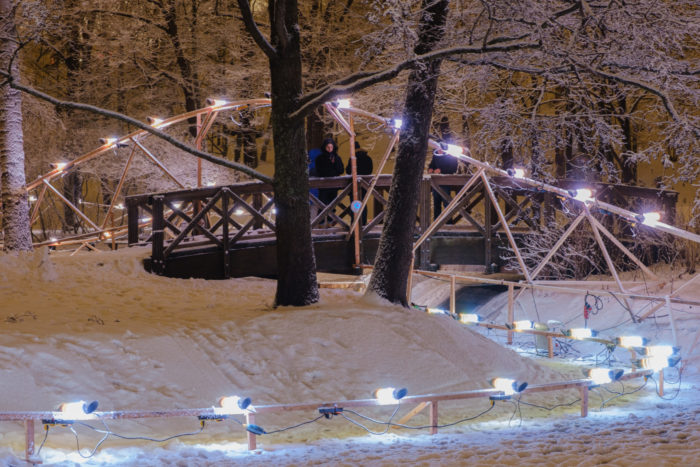 In Alppipuisto, a park bordered by railroad tracks on one side and the rollercoasters of Linnanmäki Amusement Park on another, Dutch artist Gijs van Bon’s “Ping” combined lamps and sounds to give the impression that colourful lights were zooming back and forth along a track in the woods. Photo: Tim Bird 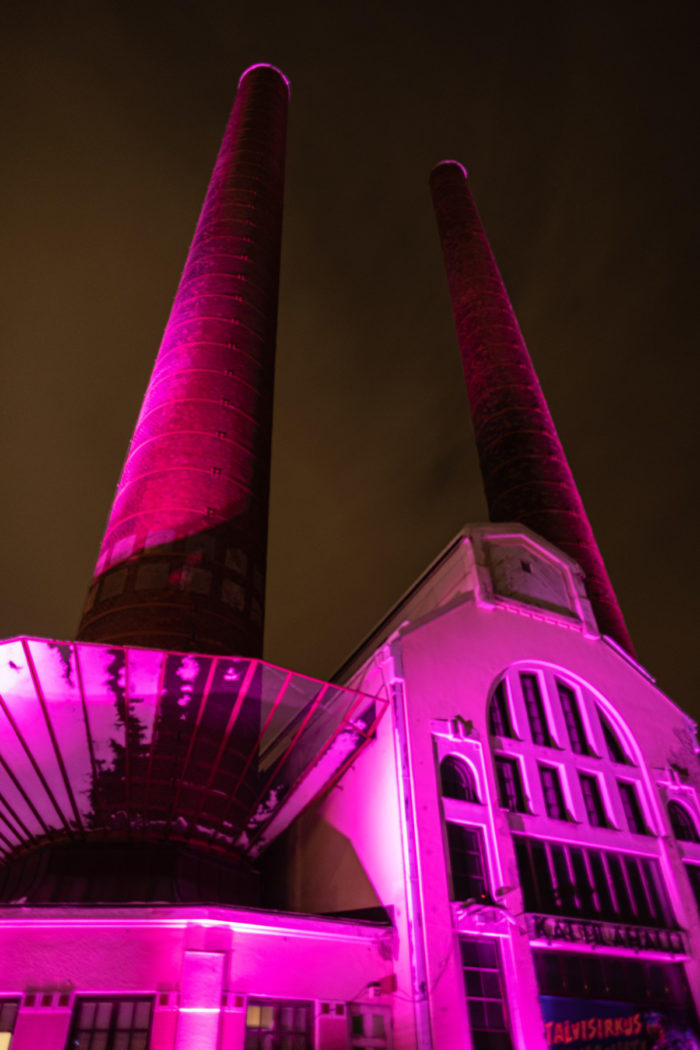 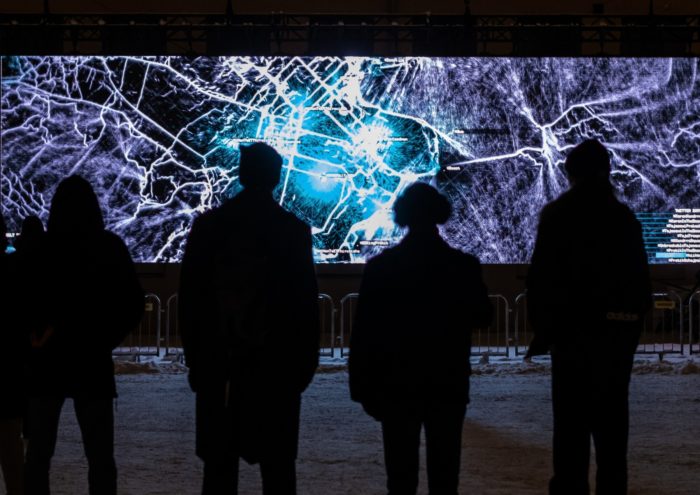 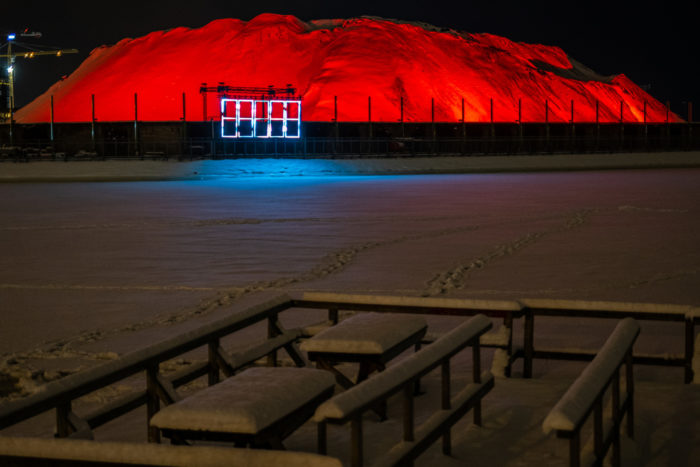 “Happi” (Oxygen), by Jani Vuorinen’s Lighting Design Collective, lit up a snow-covered mountain of fuel at Hanasaari’s coal-burning power plant, which is to be decommissioned in 2023, helping Finland achieve its ambitious 2035 climate goals. Photo: Tim Bird 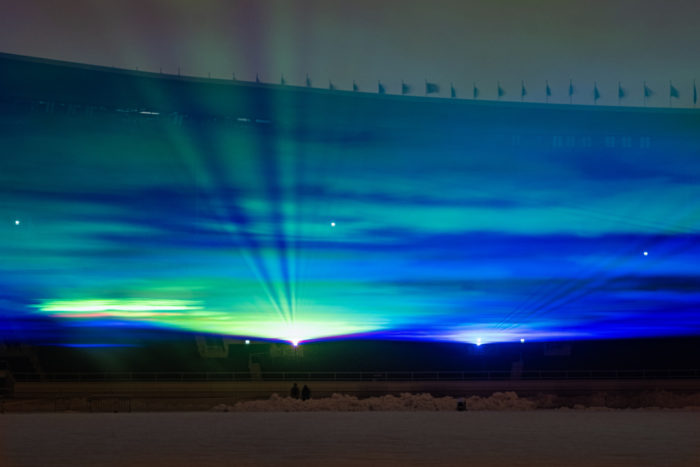 “Borealis” projected beams of light across rising machine-generated fog to create something like the Northern Lights above the Olympic Stadium’s football field. Photo: Tim Bird 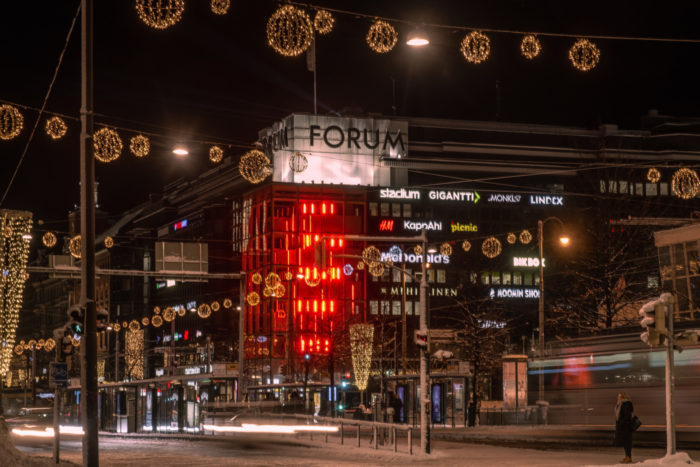 “Pixels,” by light artist Otso Vartiainen, sent streaks of red and other colours up and down the wide corner windows of the Forum shopping centre downtown. Photo: Tim Bird 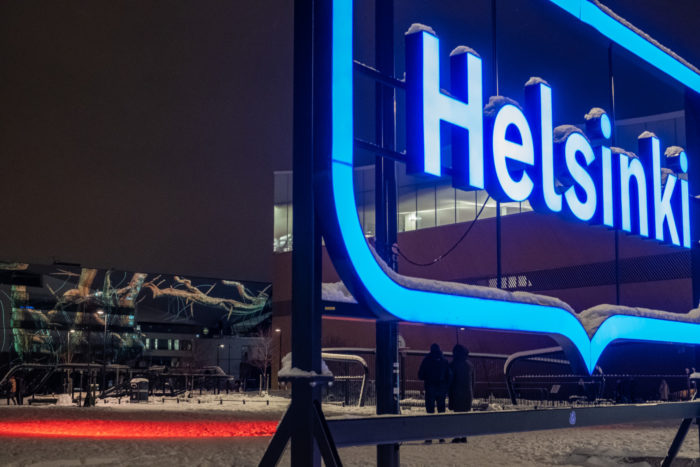 The landmark Helsinki sign outside of Oodi, the famous main library, glowed as the Soil Searchers Collective’s 3D video “Its Songs We Sing” covered a building in the background. Photo: Tim Bird

Full of illuminated surprises, the annual Lux Helsinki light festival uses coloured beams to transform some of the city’s best loved buildings and streets in early January. You can see them in our photos without braving the cold.

When the dark months are here, we really need some illumination to light up Helsinki and our minds, too.

In Helsinki, winter shines brightly, then turns into spring

Our video follows the Finnish capital from the light shows and holiday decorations of midwinter through the glorious sunshine and melting ice of spring.